Pig Hero is the name of a game in the arcade genre that has been published by SuperPuzzle Studio for mobile devices with Android operating system. SuperPuzzle Studio has already released other interesting and entertaining games for gamers in the Android Market. Pig Hero is another game from this game studio that, like previous games, is nothing short of attractive and fun. By watching the introductory trailer and screenshots of this game, you will realize that this arcade game has taken a lot of inspiration from the famous and popular Angry Birds game. Just like Angry Birds, much of the Pig Hero gameplay is based on the Slingshot mechanism. However, the developers have added other mechanisms to the game and have been able to offer a game with a different and special style to gamers. The game stages are very diverse and engaging and bring a lot of challenges for gamers. In this game, you, as the leader of the Heroic Pigs Coalition, have a task to help the pigs to destroy and defeat the frog monsters with extensive artillery attacks. So, if the confrontation between pigs and frogs is exciting for you, surely no game better than Pig Hero can offer you this excitement!

Pig Hero has a very simple combat system. All you have to do in this game is use your finger to adjust the power of the missile and the angle of the missile. There are many challenges to challenge you in this game that you have to be lucky, and most importantly, very careful to overcome them. Initially, you will be given a certain amount of ammunition for each level so that you can make artillery attacks on frog monsters. In addition, you can buy different types of ammo using the gold or diamonds you earn in the game. But regardless of the type of ammunition, the game requires you to determine the correct directions of your attacks by your own calculations. Because each stage has complex terrains and obstacles that make artillery attacks on frog monsters difficult. Only then can you defeat the frog monsters if you have the correct calculations and consider all the influential elements. For example, wind is one of the most important elements that significantly affects the direction of your artillery attacks. So much so that sometimes you have to use the wind to be able to attack remote areas. All in all, this game is a satisfying package for different tastes and all age groups, and we definitely recommend it. Usroid team intends to provide Pig Hero game to you dear ones in a tested and completely free way. Now you can download the original version and the modded version of this game without any restrictions through the direct links that we have placed at the end of the article and enjoy its execution! 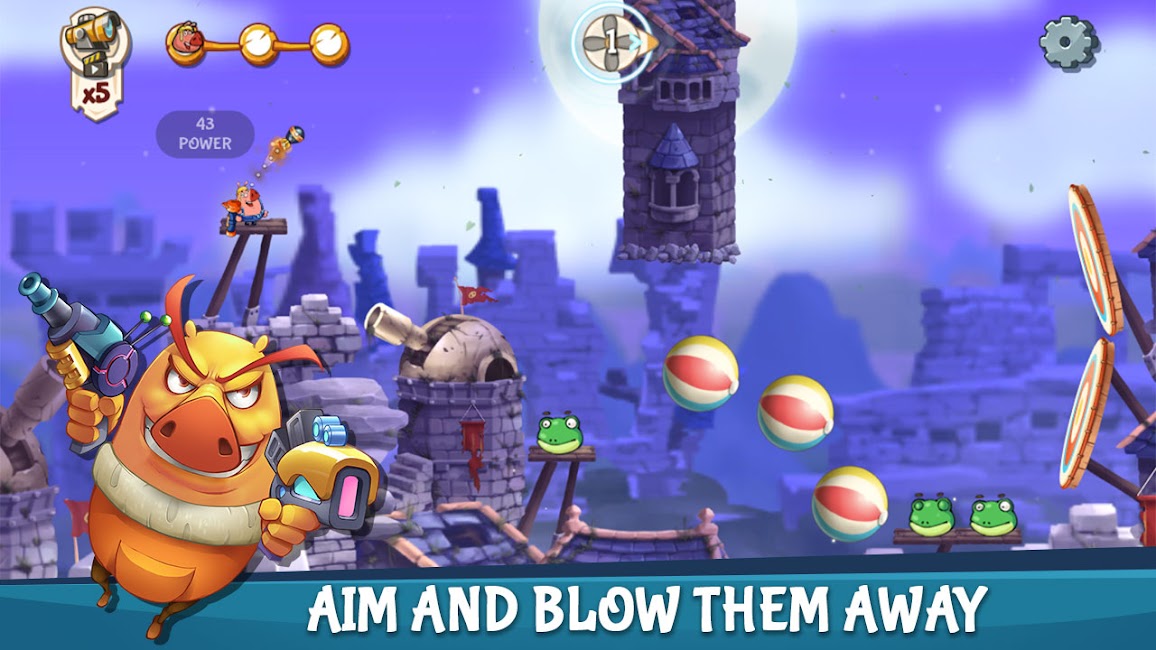 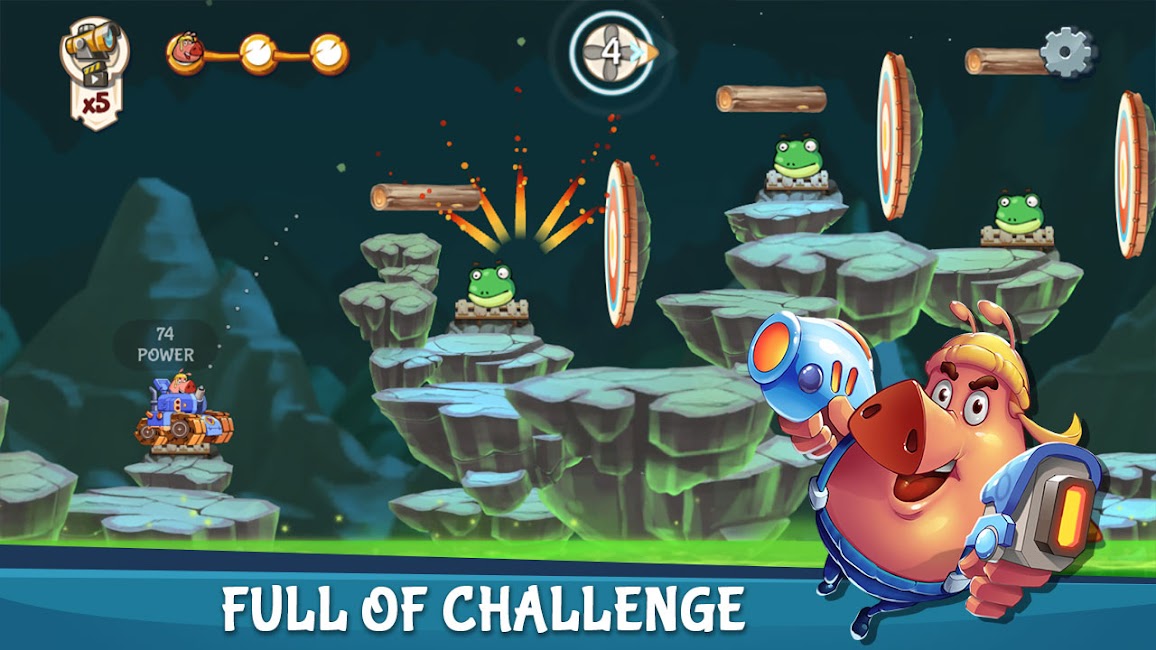 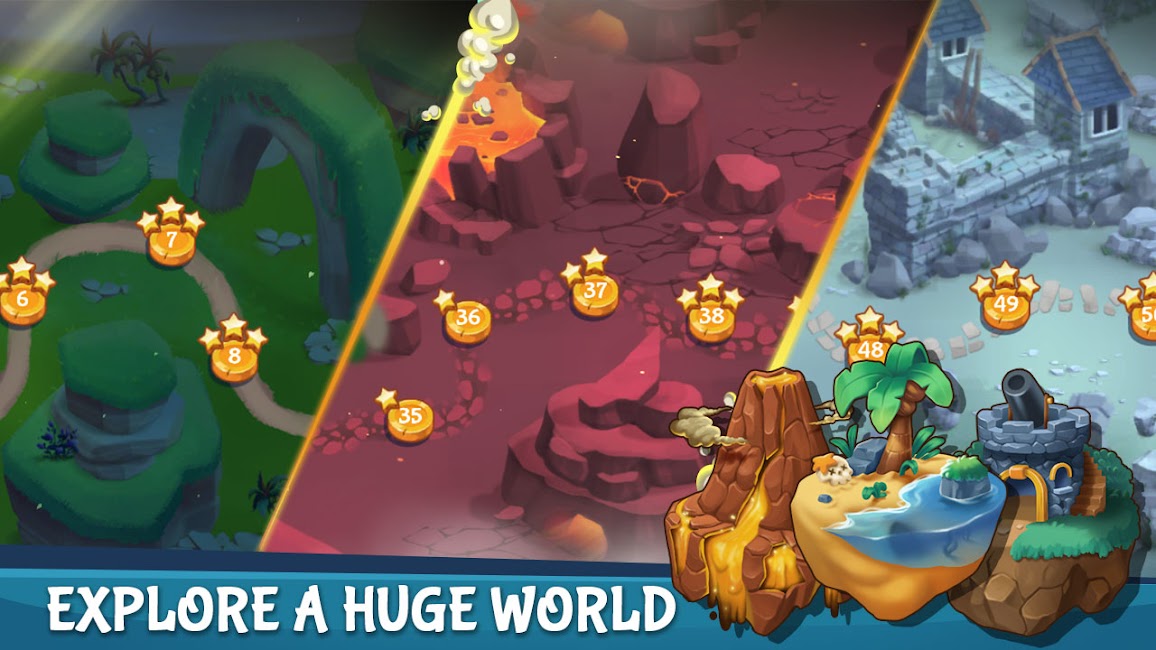 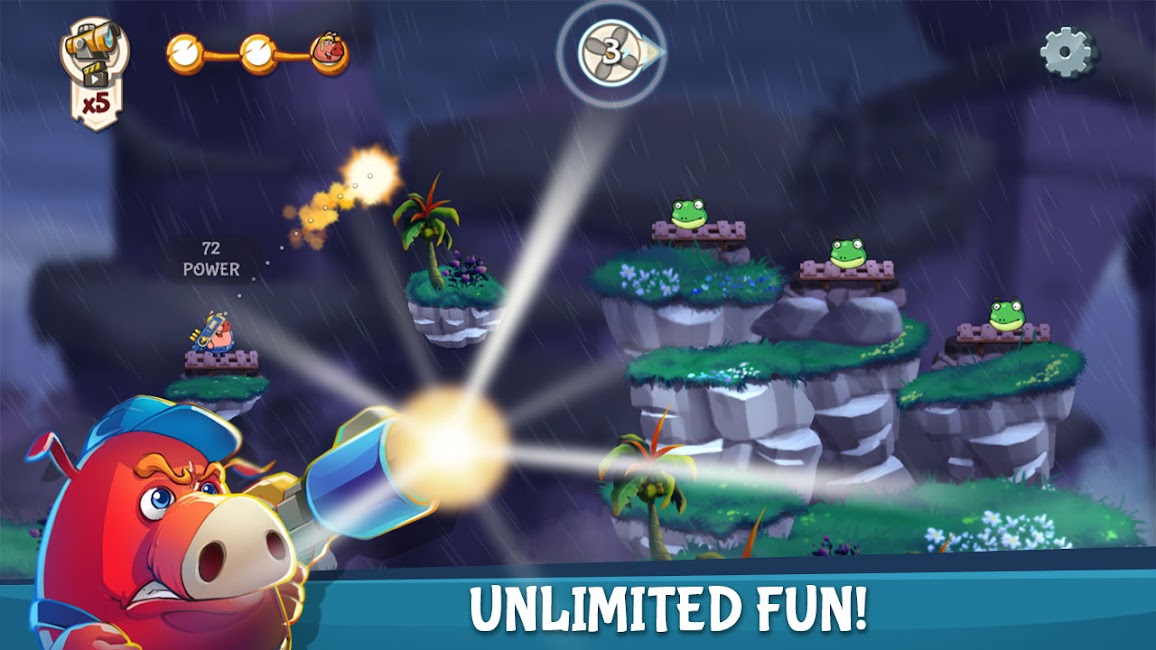 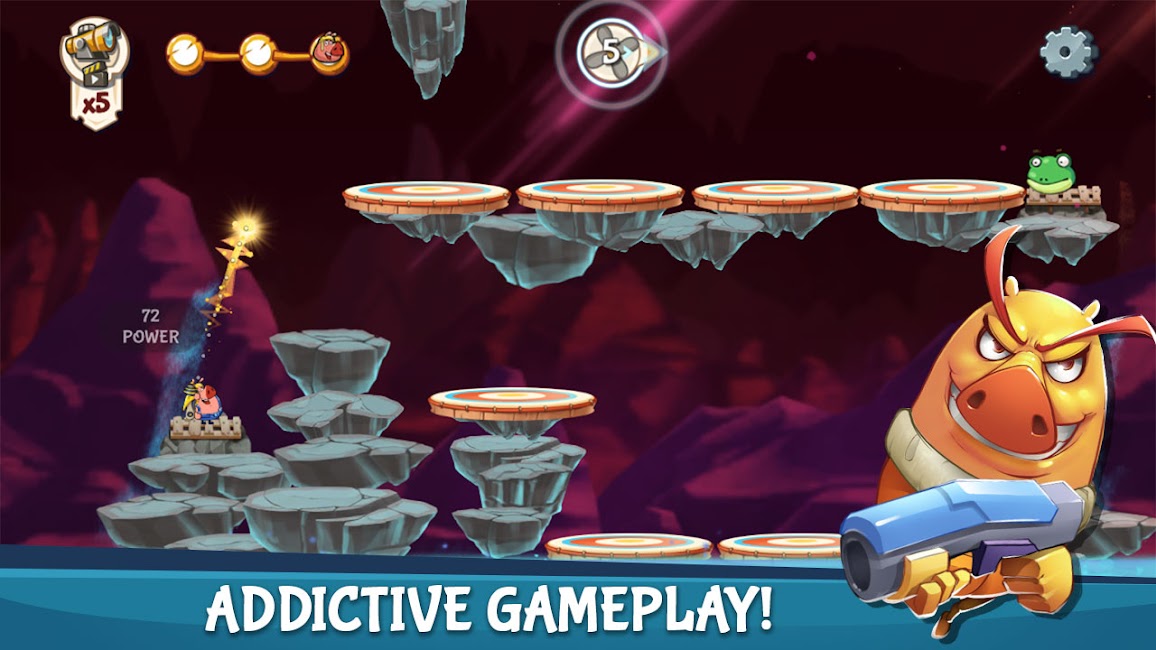 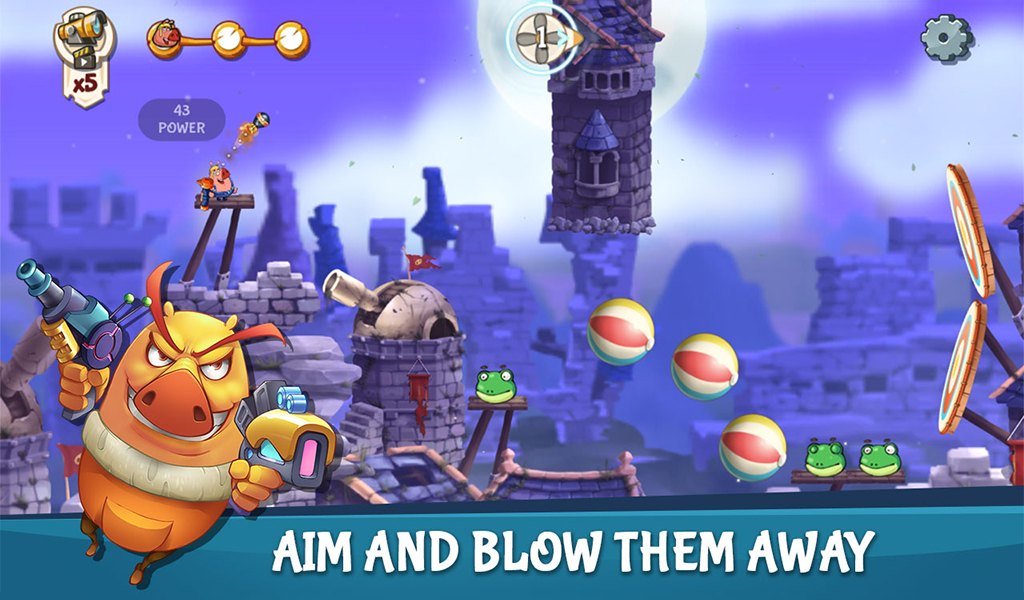 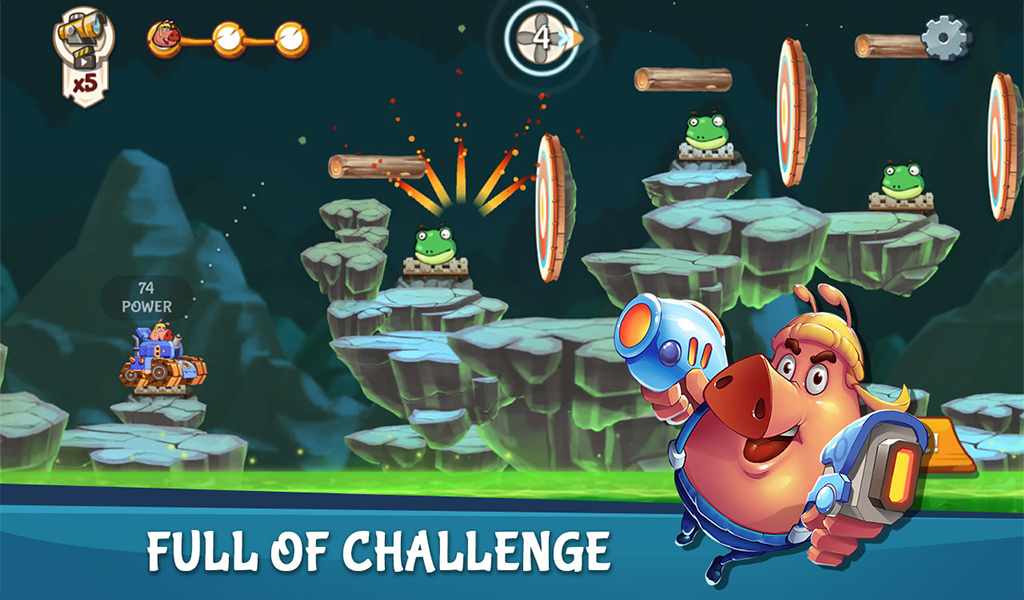 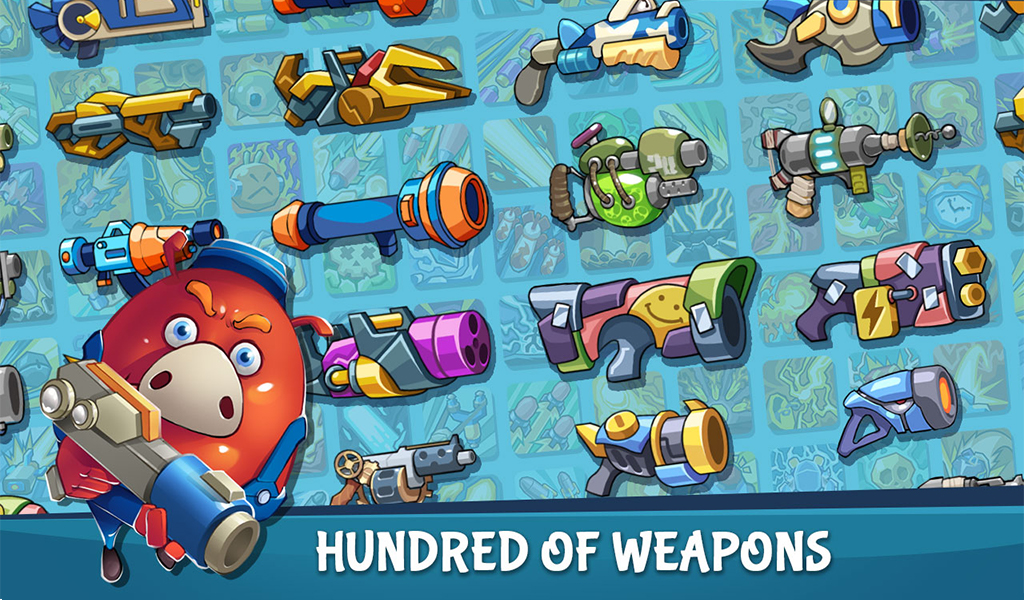 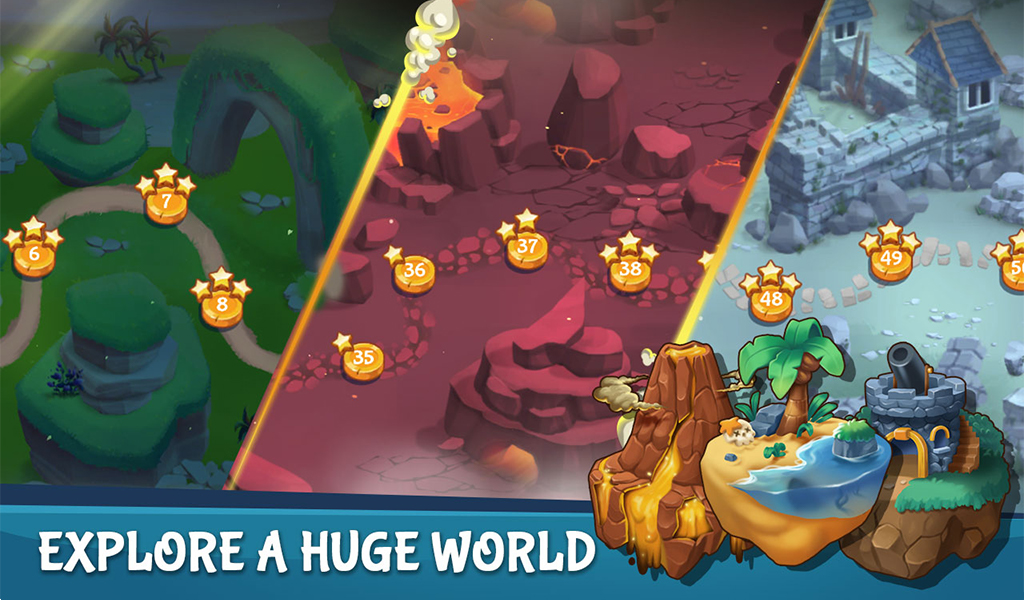 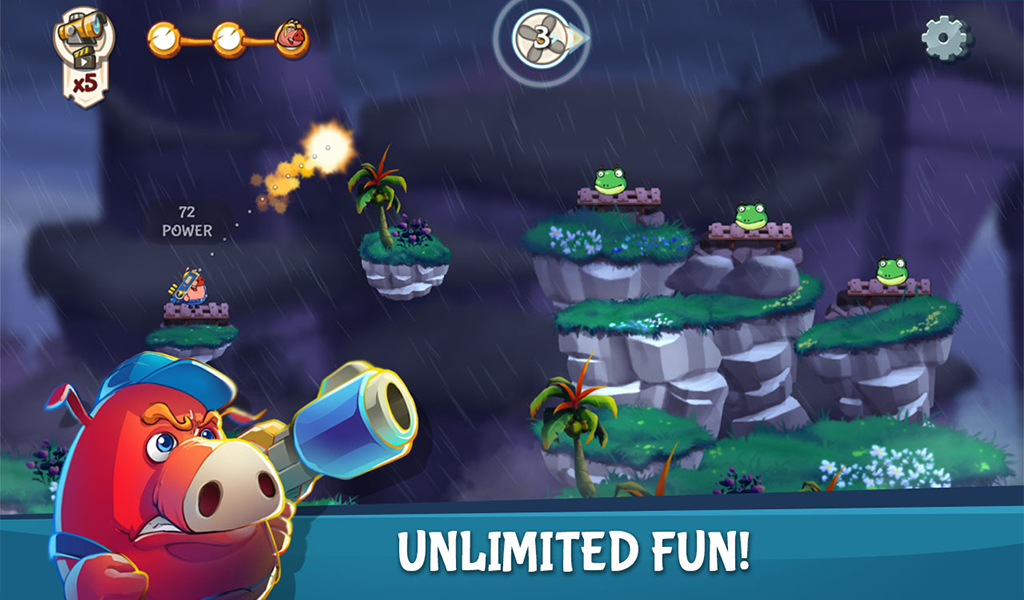 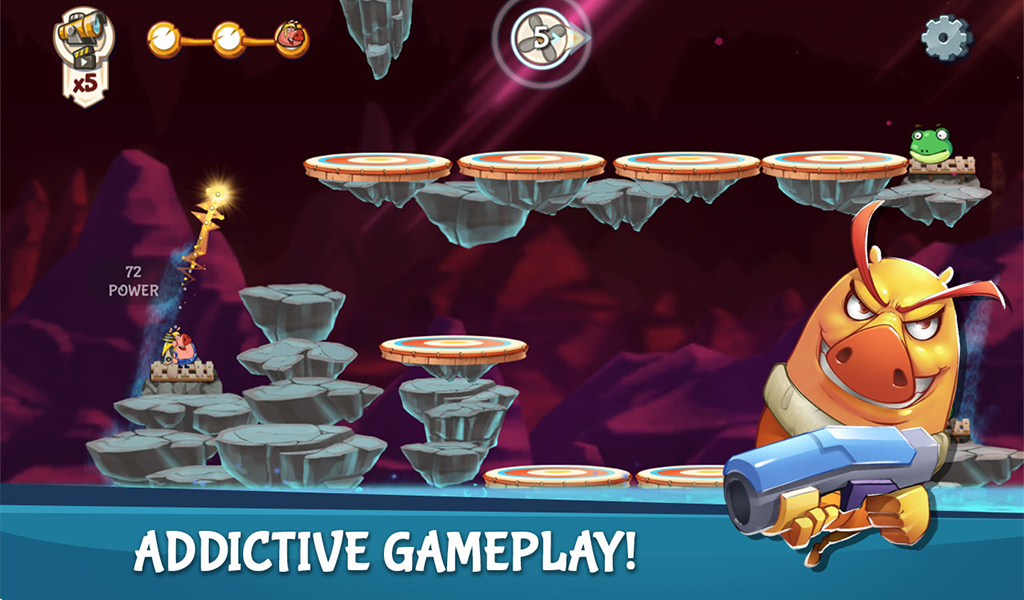 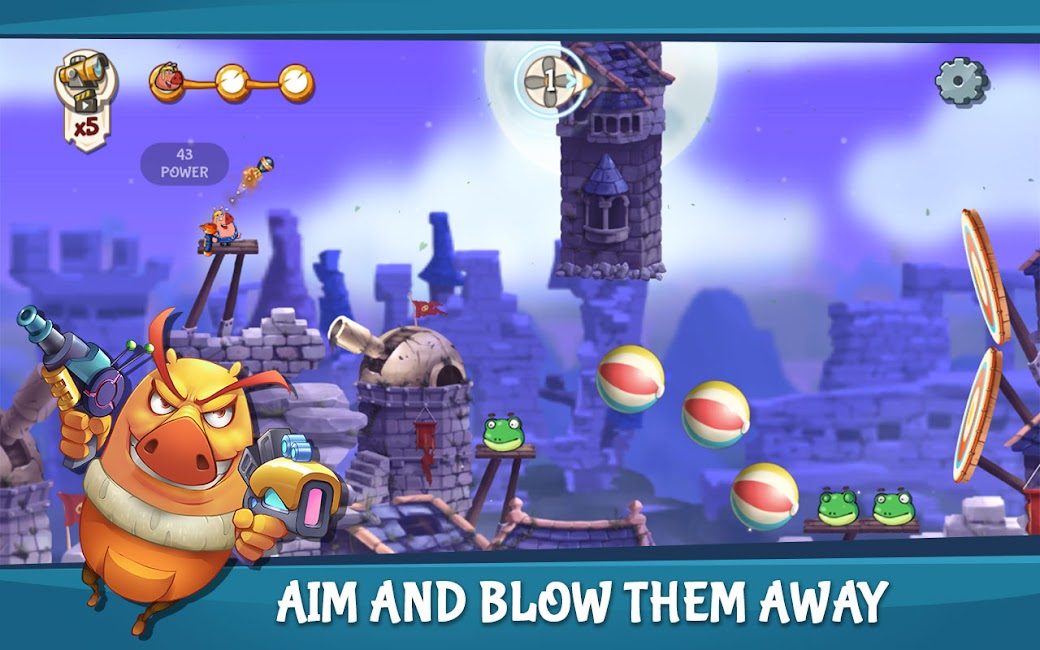 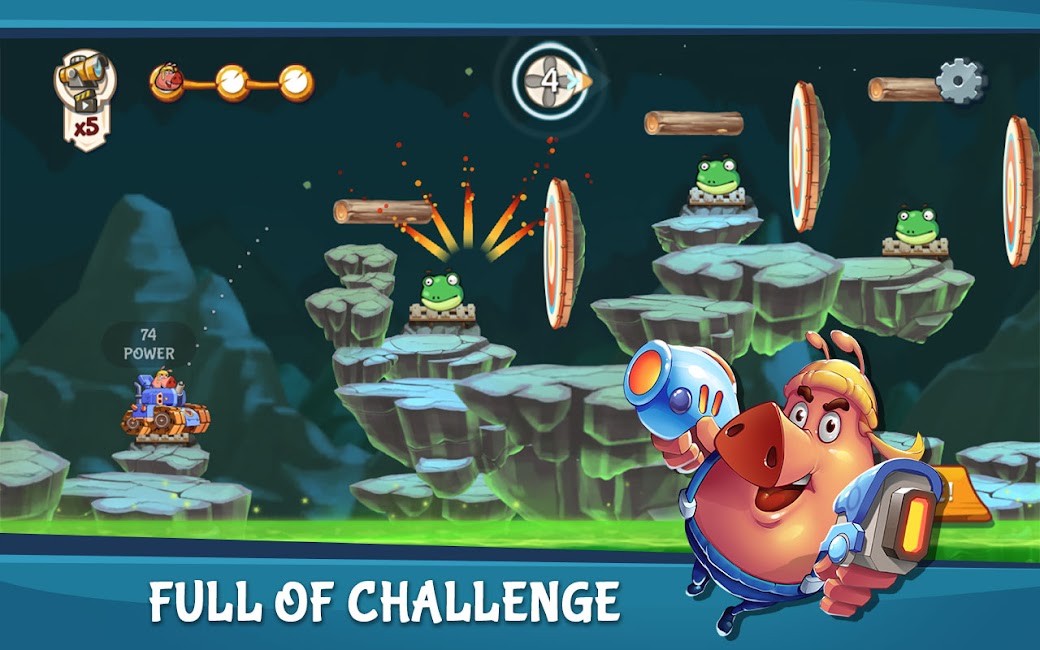 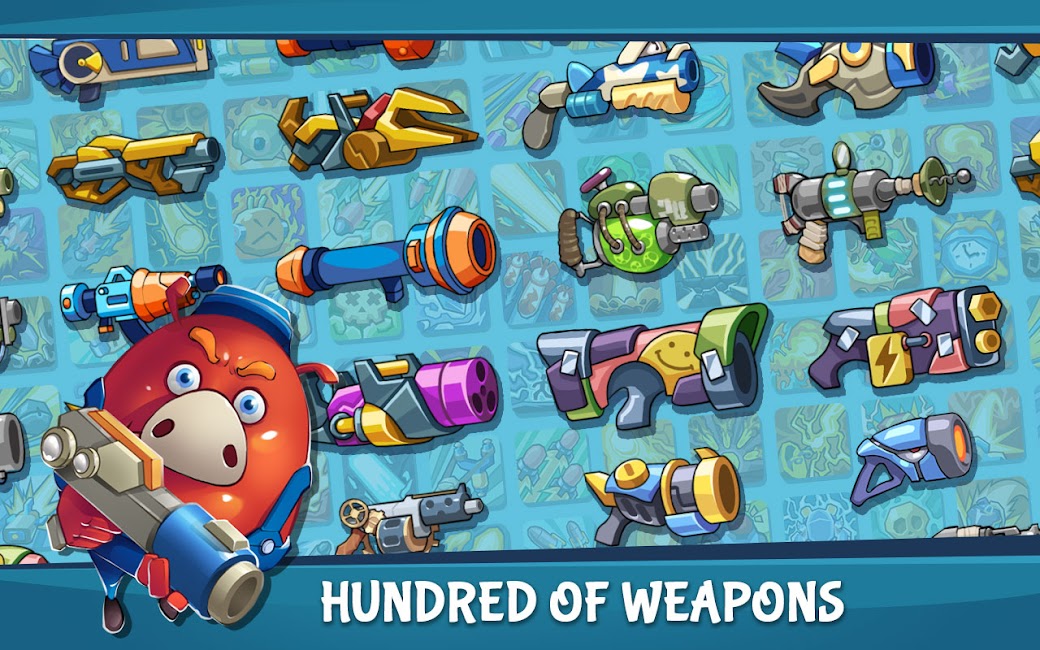 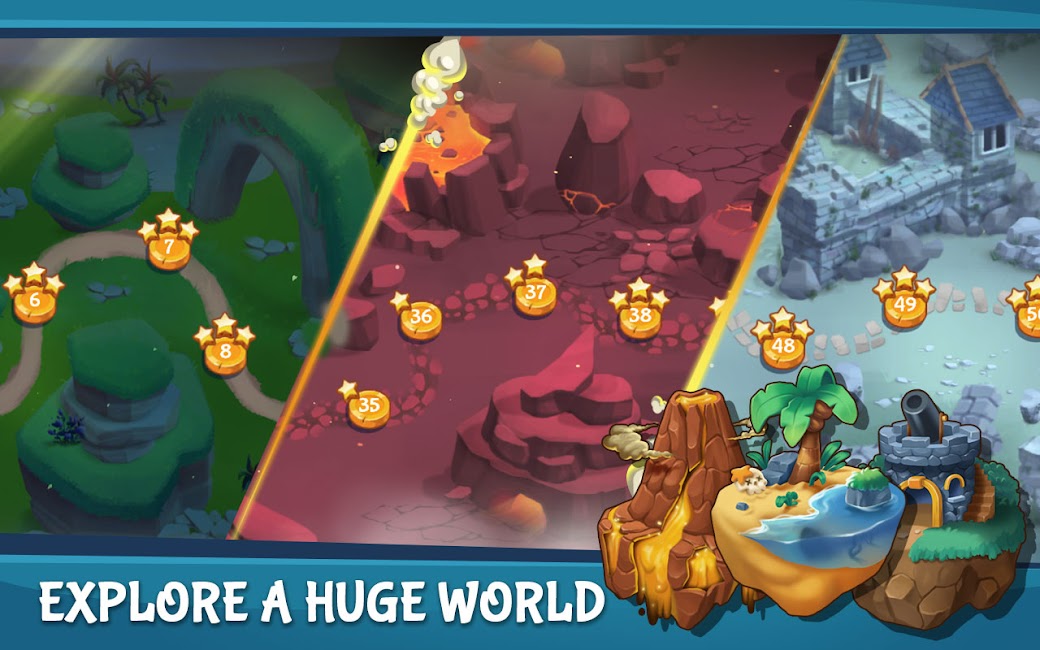 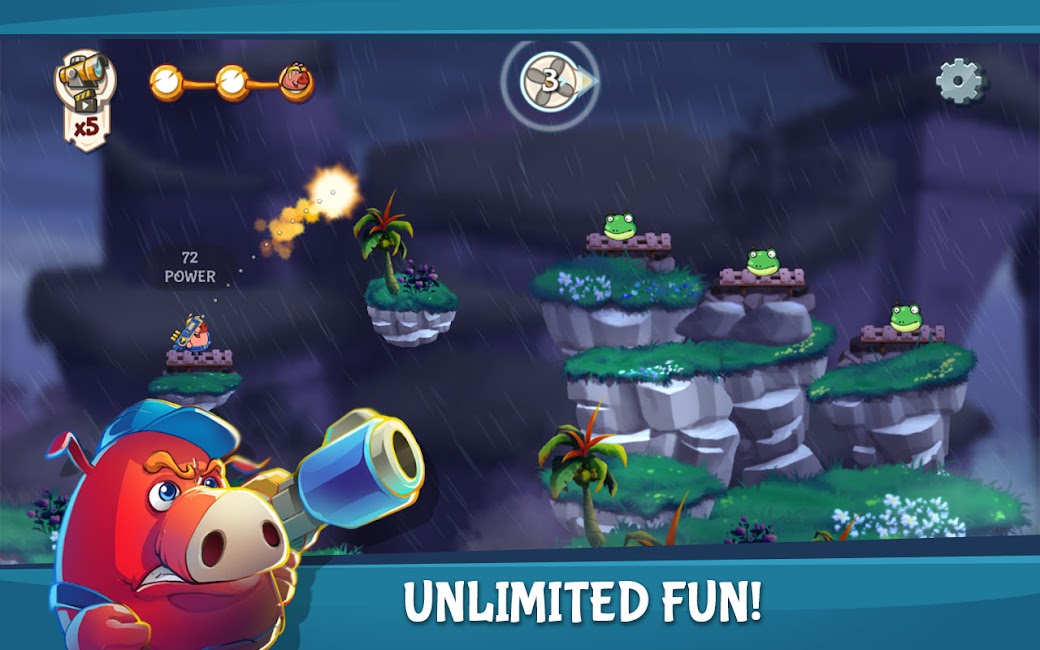 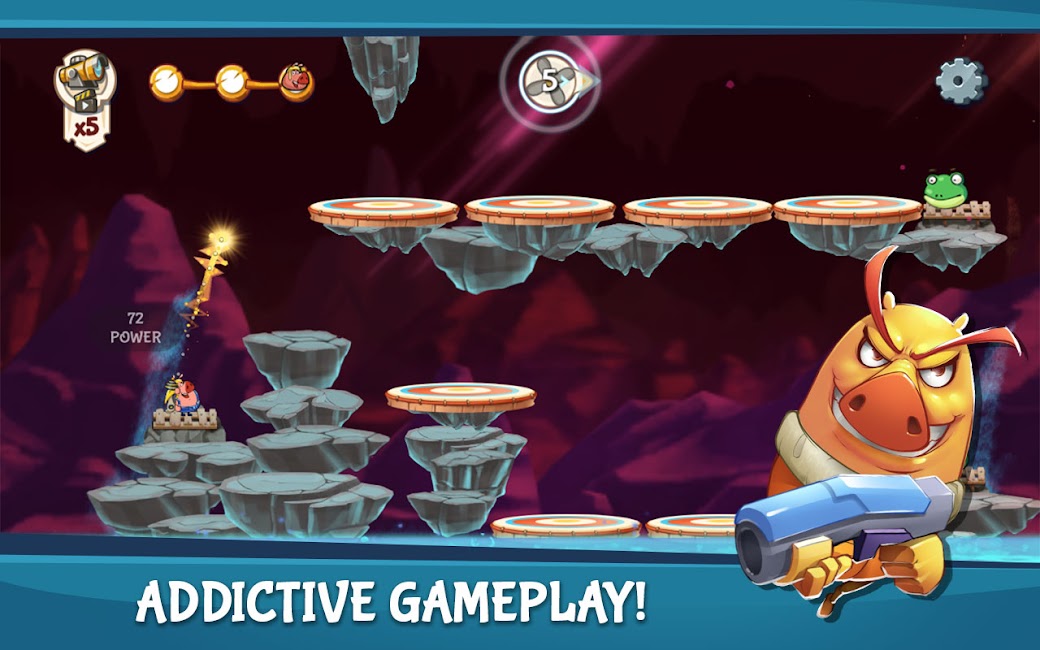