Making calls is one of the main features available in smart devices. The high prevalence of smartphones has led many companies to use promotional calls to introduce their services to others. But too many of these promotional calls are annoying in the long run and annoy users. One of the best ways to prevent promotional calls is to use call barring tools, which we have already provided in several versions. But some users block not only promotional calls but also anonymous calls, which is very difficult to enter in the list of anonymous numbers, and sometimes we may forget a large number of these numbers. With this in mind, we decided to introduce you to a simple yet practical tool for blocking calls in this post.Whitelist – Phone Plugin is a professional and full-featured application for blocking calls, published by MAUTOIN for Android. This software with a very small volume allows its users to block all anonymous calls without having to go through complicated steps. The startup automatically detects any anonymous numbers and quickly rejects incoming calls. This feature not only keeps you away from promotional calls but also helps you to answer only the contacts on your device. According to your request, only one notification will be displayed when rejecting calls.

Application Whitelist – Phone Plugin with a simple but functional has $ 0.99 Self- rated 4.0 out of 5.0 by users, Google receives now and as always the newest version purchased and complete it Download from the huge database of Usroid website . 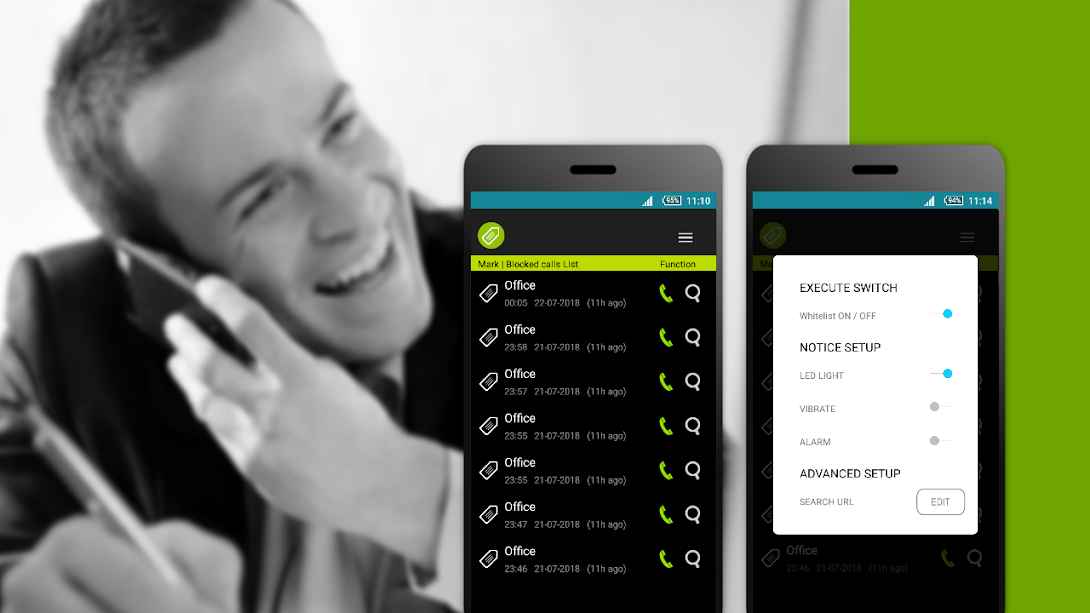