Earn to Die 2 – Battle until the last moment 2 is the second part of the very popular series of games Earn to Die , which was produced in the first part after attracting the attention of millions of users and was very successful. Earn to Die 2 did so well that the game’s creator, Not Doppler Studios Australia, continued to work, and even released the third installment of the game, Earn to Die 3.It also produced and published. But the second part of this game series still has a lot more audiences. In this article, we want to introduce the beautiful and very exciting Earn to Die 2 game at your service, dear ones and constant companions. Just like the first version, there is a goal in Earn to Die 2, and that is to crush the zombies with the help of equipped machines! But this time your hand is more open to acting stronger, and now you can have better cars with powerful combat equipment and even be able to upgrade your cars at different levels. According to the game, almost the whole country is infected with zombies. You are in a place in the country where a huge number of zombies are present. You have received new news that a large ship for survivors and evacuation of healthy people has been docked across the country and on the east coast, and is collecting people who have not yet been infected with the virus. Now, in the shortest possible time, you should try to get yourself to the ship before leaving this country forever and save yourself from this apocalyptic world! All you have is a car. There is no way out. To get to the ship, you have to cross different cities, and all you can do is get in your car and pass through the crowd and groups of zombies, while destroying them so that they can’t stop. Get rid of you! Of course, a simple machine is not very suitable for this purpose, so by earning money and points from killing zombies, you can buy better machines in the garage section (game store) or upgrade their various parts to get one. Prepare for a dangerous and deadly journey!

Some features of the Android game Earn to Die 2:

Earn to Die 2 is a multi-layered and exciting game that will satisfy those who are interested in car racing games and action games. This beautiful game with HD graphics and attractive effects and 100, of course, its super entertaining gameplay, can entertain you for a long time and challenge you. It should be noted that due to the bloody scenes and high violence, playing this game is not recommended for people under 16 years of age. Earn to Die 2 has been downloaded more than 50 million times on Google Play so far, which is a stunning figure for a game! The game also got a very good score of 4.4 out of 5.0 , which shows how satisfied the audience of this game is. Ordinary tested and modded versions of this game with the ability to buy for free now from the Usroid website server They are downloadable. 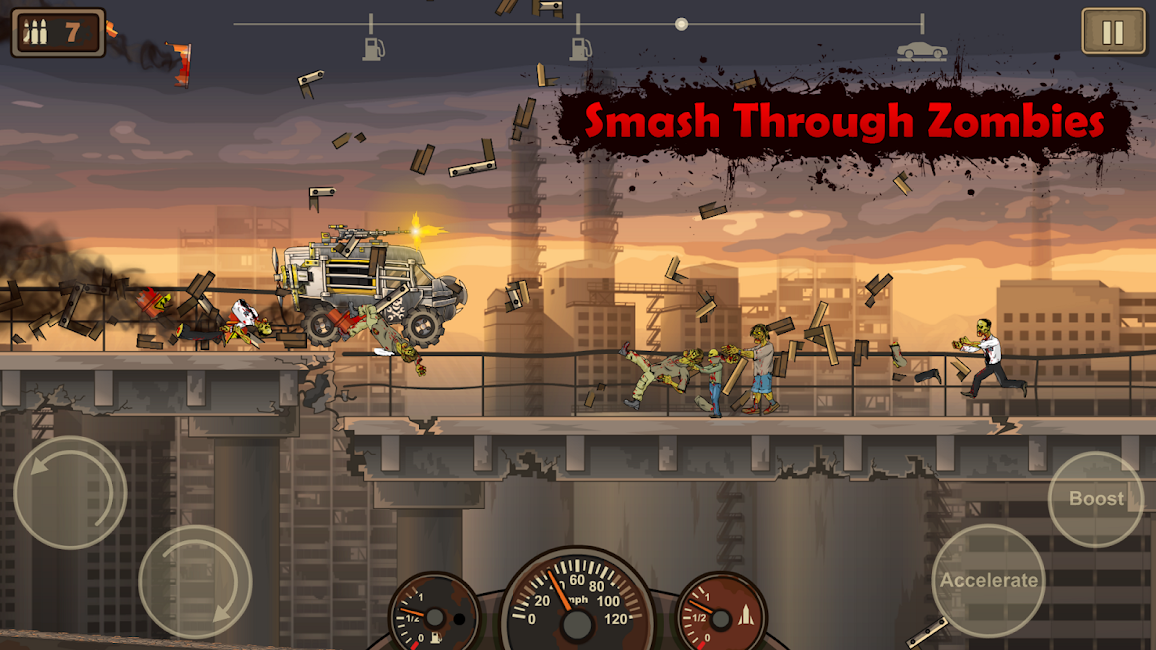 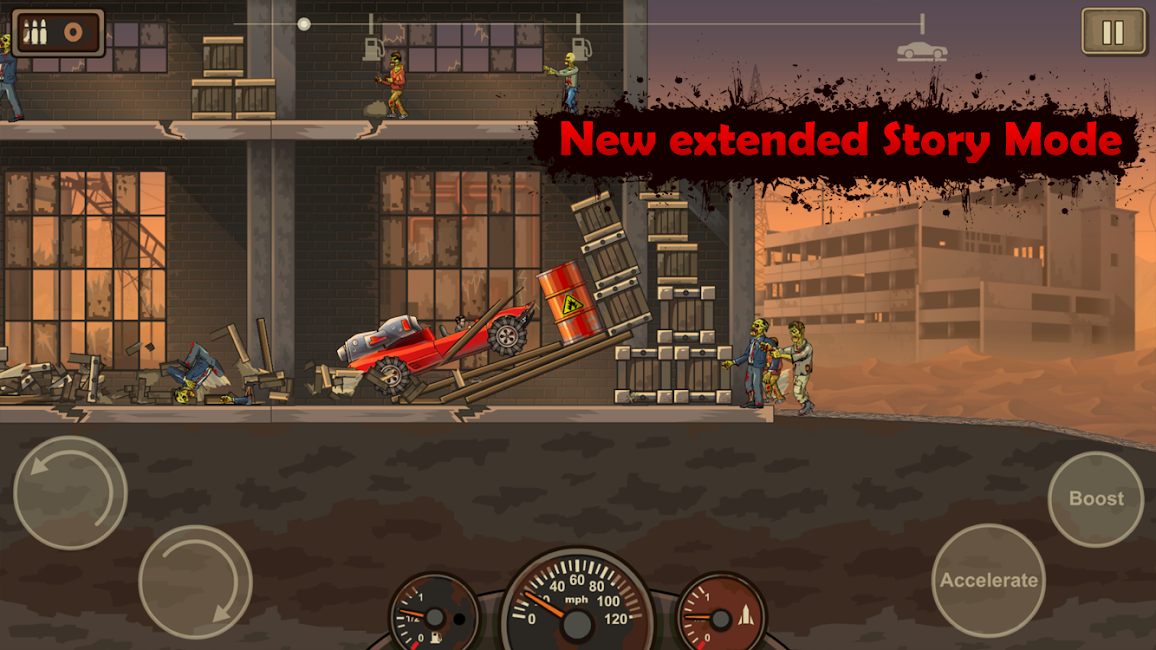 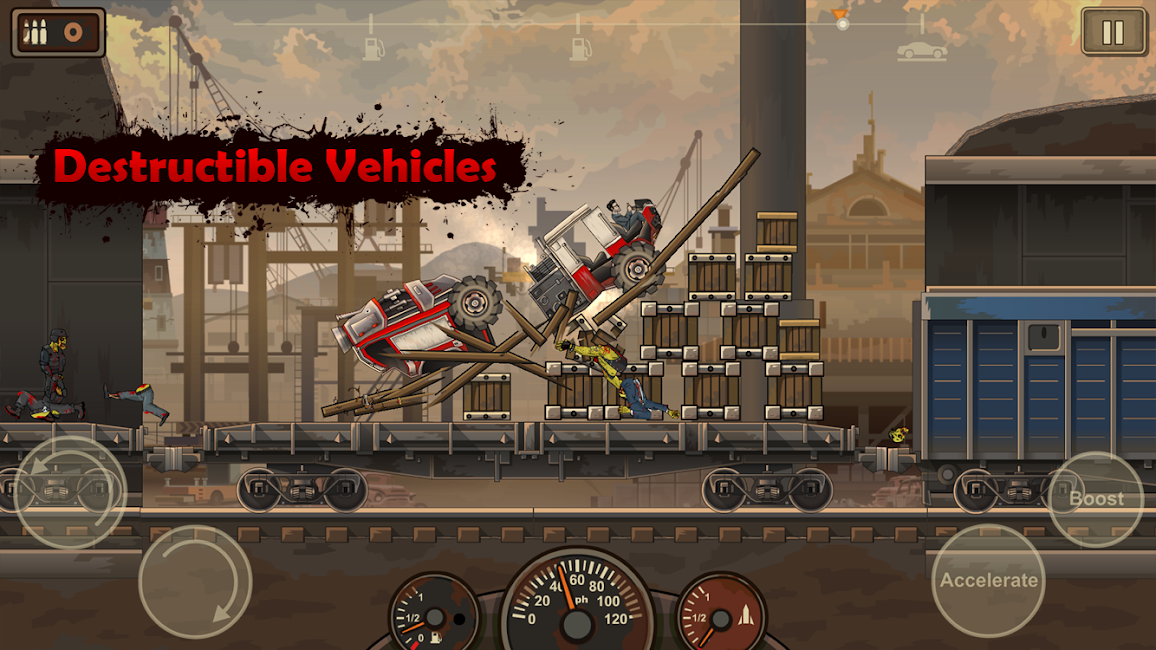 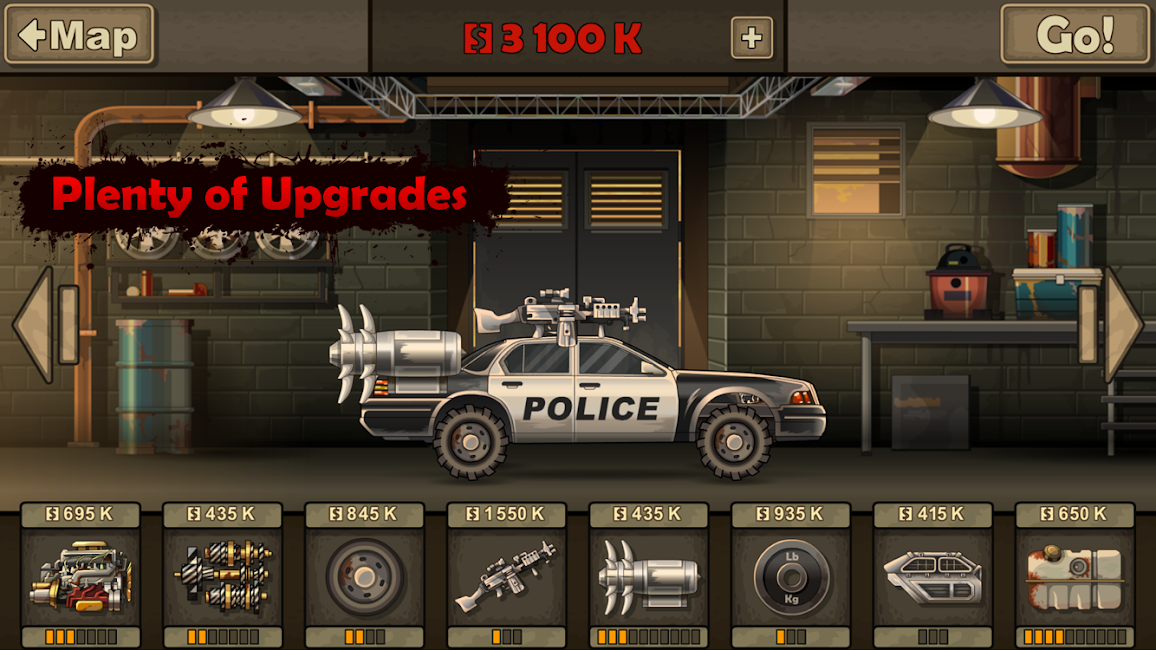 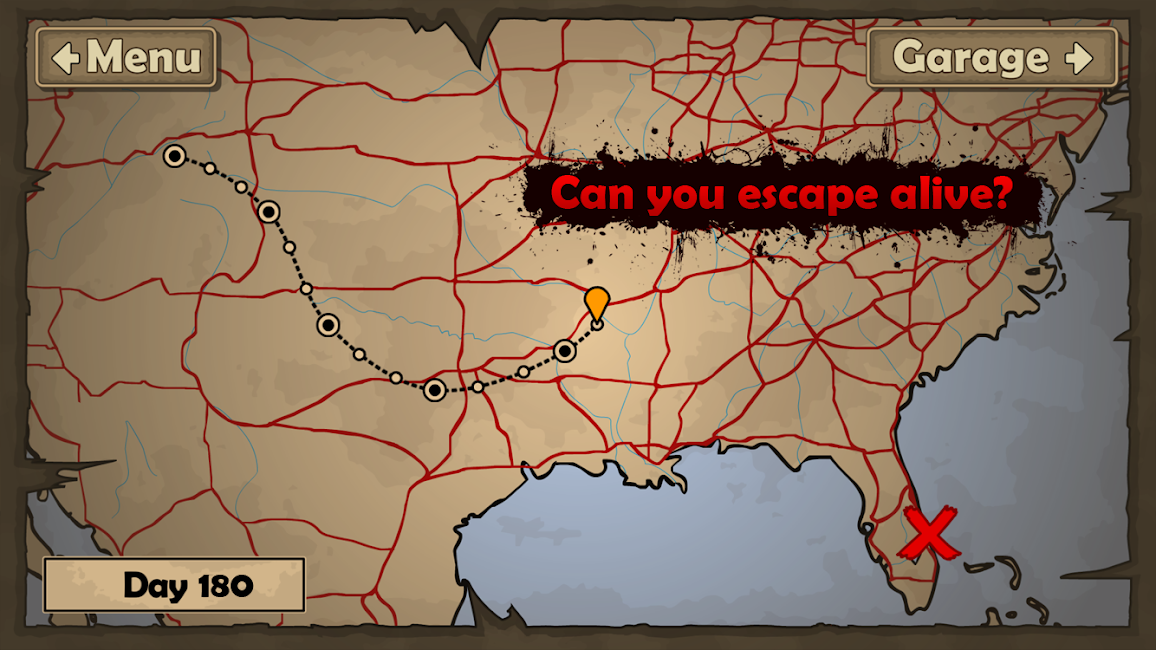 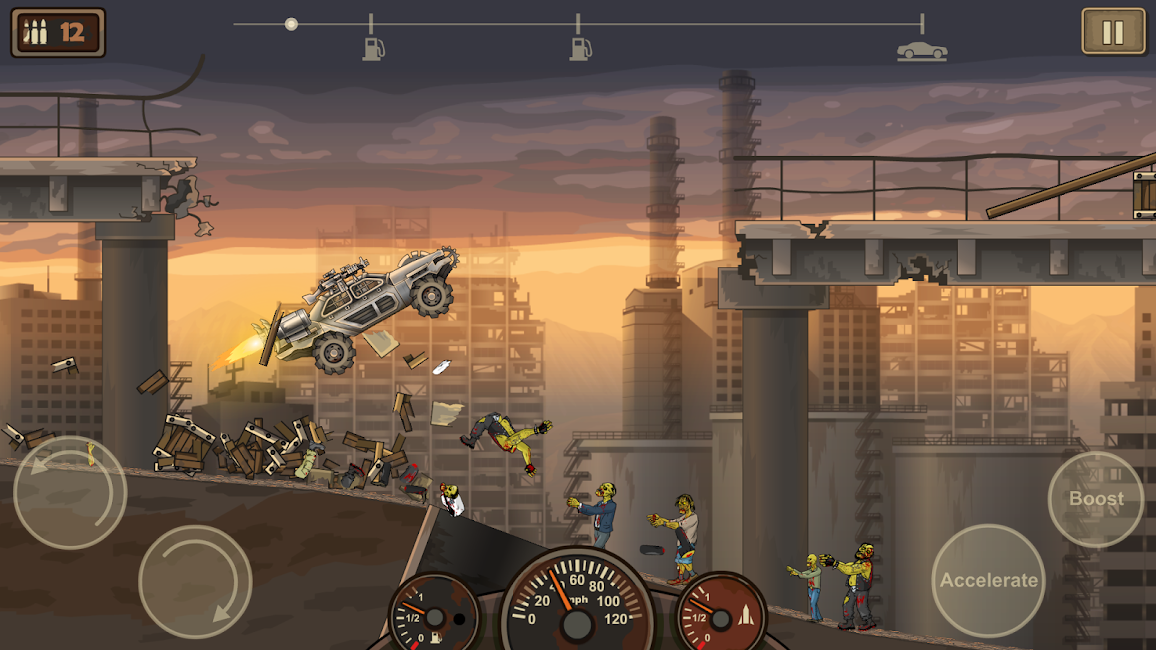 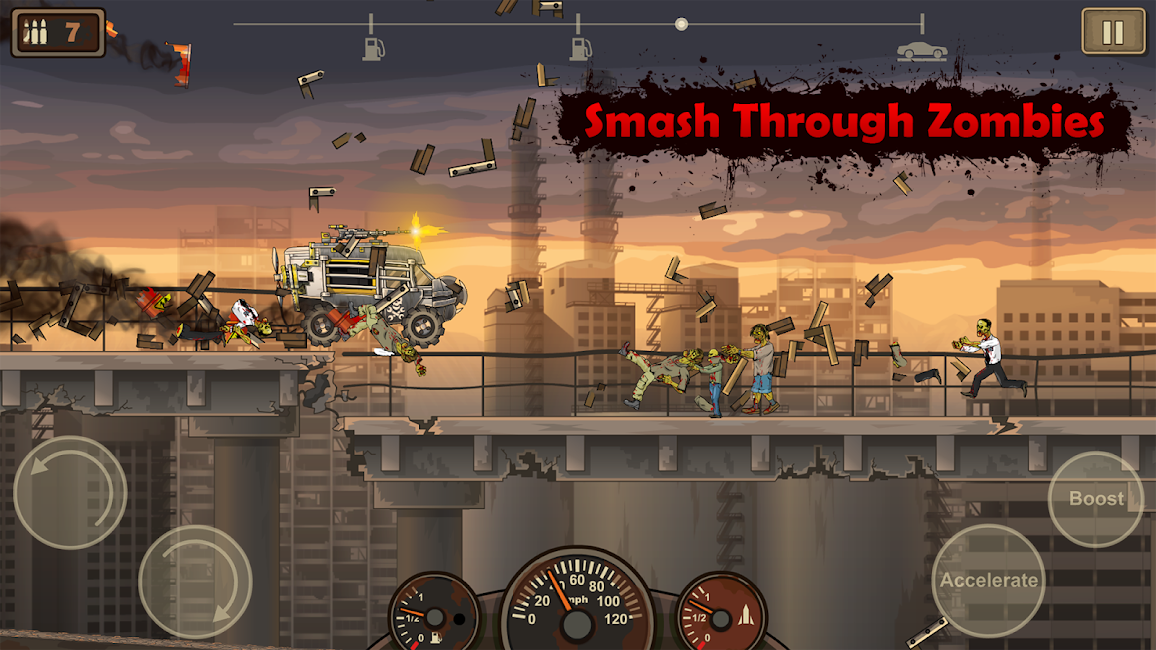 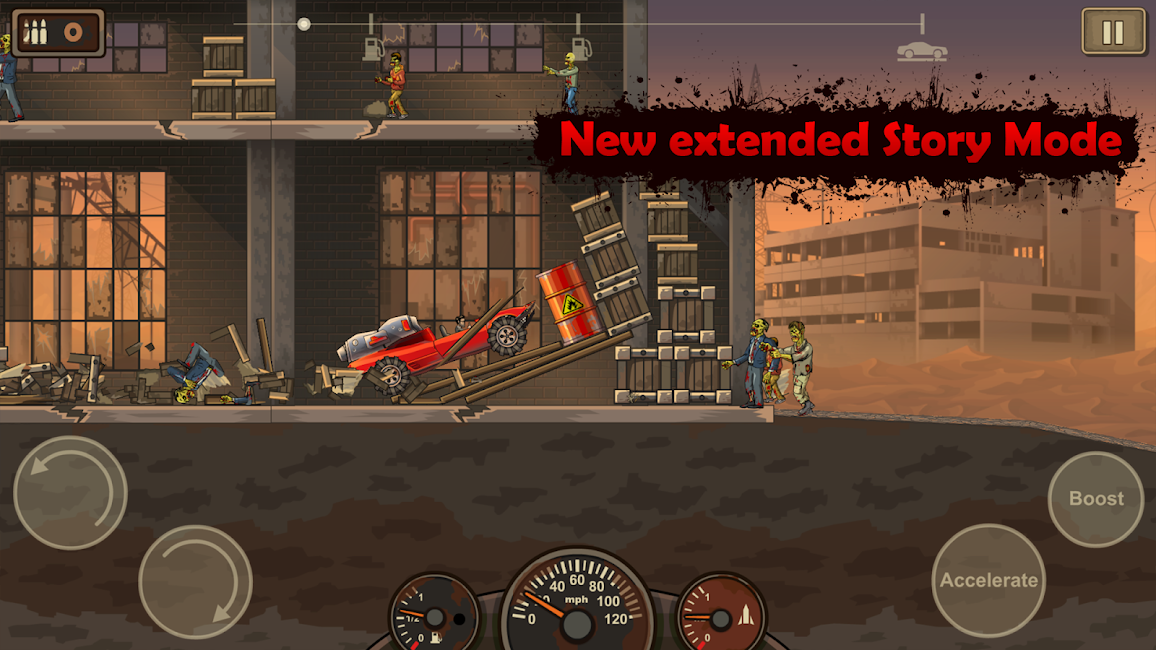