FarmVille 3 – Animals – Farm Village 3 – Animals is the name of the third part of the very popular and beloved FarmVille series of games from Zynga company for Android devices, which was produced after the success of the first two parts and for free with the ability to pay. It was released in a program and we also decided to prepare a new version of this game for you dear ones. In other content, you can also download the latest versions of the first two episodes, namely FarmVille: Tropic Escape and FarmVille 2: Country Escape, for free from Usroid. FarmVille 3 – Animals is produced with the same lovely style of this series of games, but the interesting feature that makes this game superior to previous episodes is the new design, better graphics and more optimal structure of the game. Zynga Studio, using the latest game development methods and the new version of its proprietary game engine, has been able to produce and release FarmVille 3 – Animals with a lot of optimization. In this game, like the previous two parts, you are a farmer and your task is to develop and grow this farm in different parts. The creators of the game say that new ways and methods have been added to the game in the third part, which has made the overall structure of this game a significant improvement. This farm that you are going to manage has not had any productivity for several years and no agriculture has been done on it. But you decide to bring this farm back to its heyday. To do this, you have to work and help the development and progress of this farm by launching different sections.

In FarmVille 3 – Animals you can experience the management of a complete farm and everything! You are not going to just cultivate and plant in this farm. There are many things to consider. From growing plants and trees to raising domestic animals such as cows, pigs, chickens and roosters,… are some of your main tasks. This time you can also fish in ponds and lakes near this farm and earn money this way too! There is a specialist for each department, and you can use them to improve the work and affairs of this farm. As the title suggests, the important part of FarmVille 3 – Animals is about raising animals. You can raise funny chickens, calves and other domestic animals and create an interesting and lovable farm for the life of these animals. Also, with the help of construction forces, you can build, manage and upgrade various sections such as stalls, warehouses and.. The game designs are amazing and attractive. The graphics used along with the 3D modeling make FarmVille 3 – Animals very special. In this game, you can also experience beautiful seasons and different weather conditions such as snow and rain. In the management section, you can build your farm as you like and become a skilled and famous farmer by personalizing different sections! This attractive and lovable game can now be downloaded as a test from Usroid. 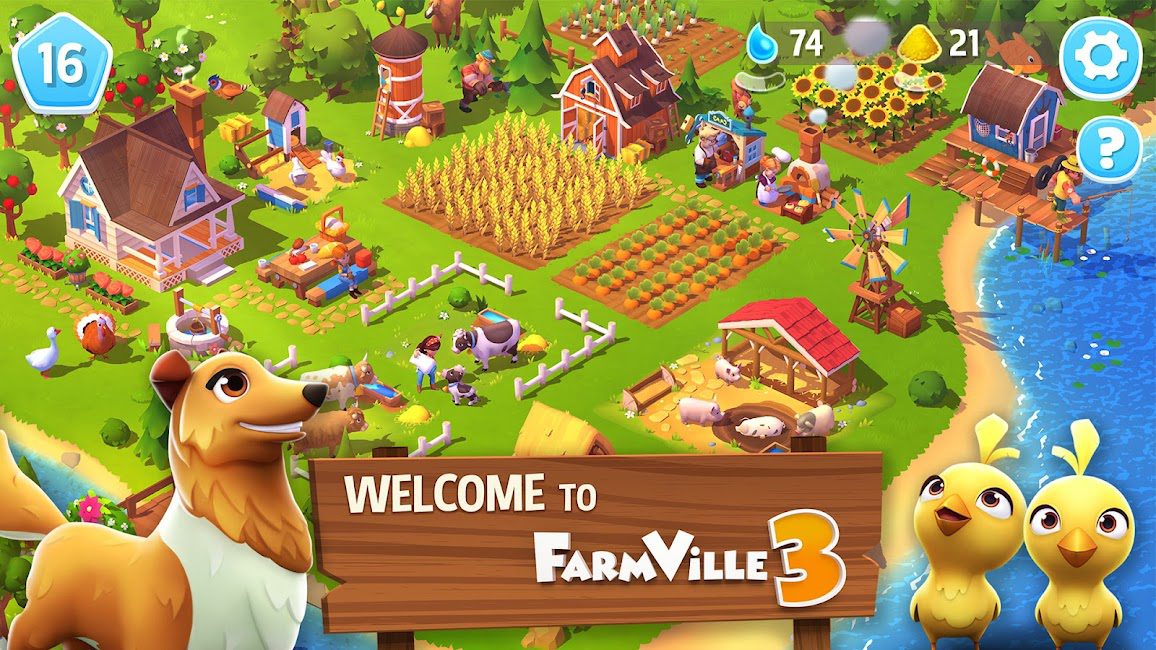 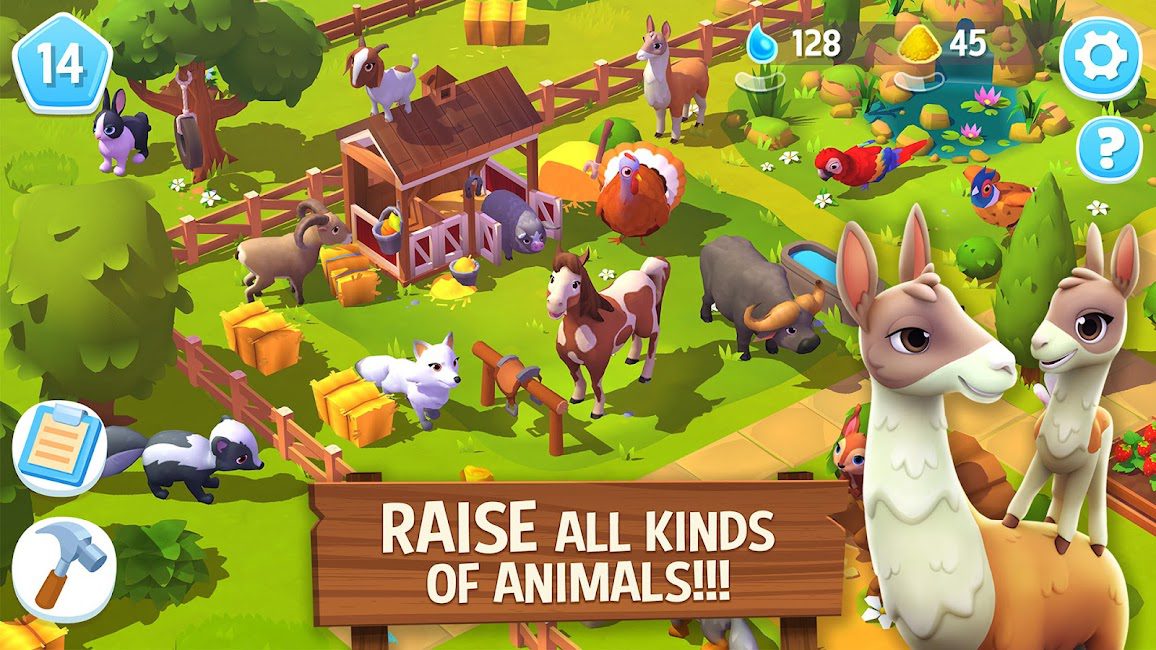 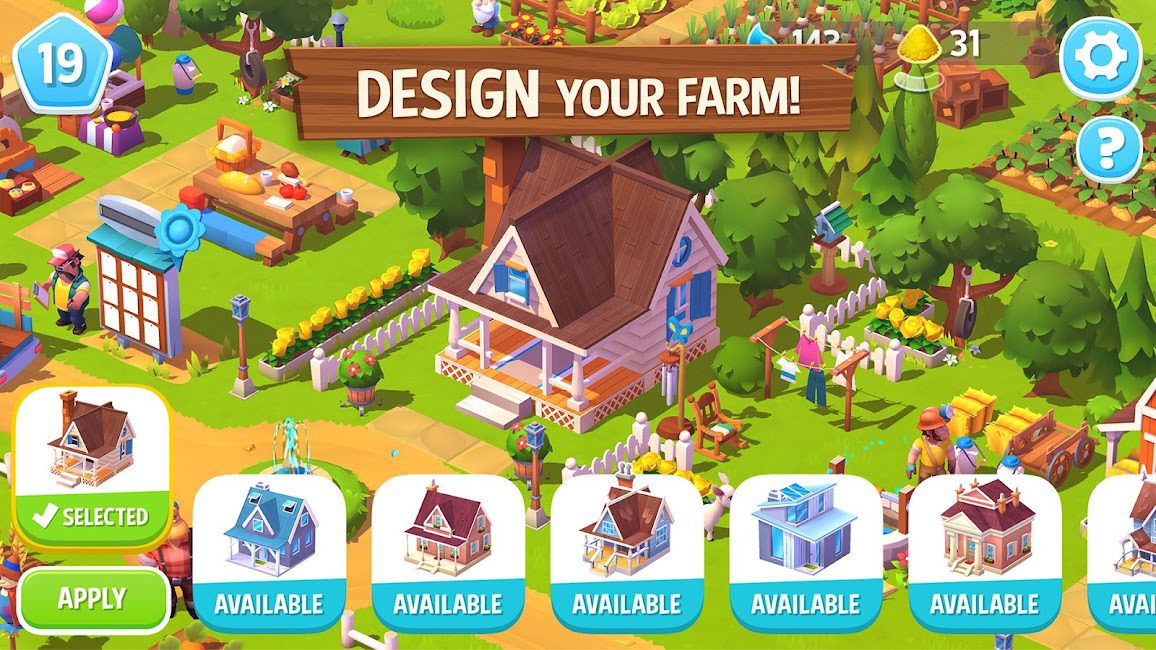 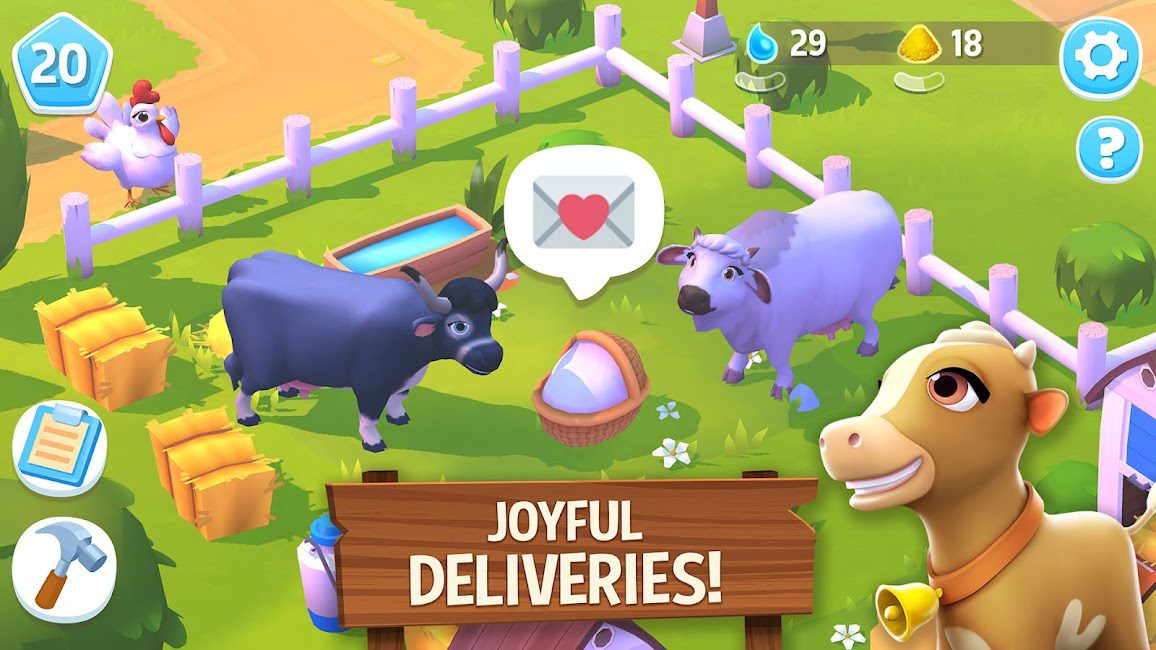 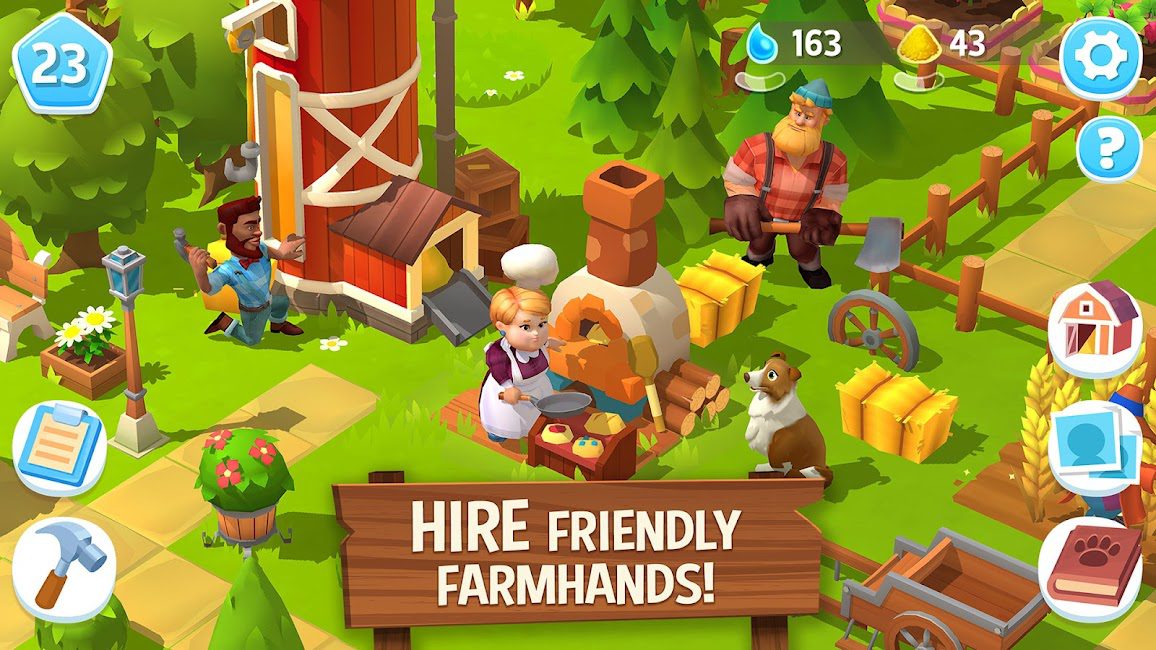 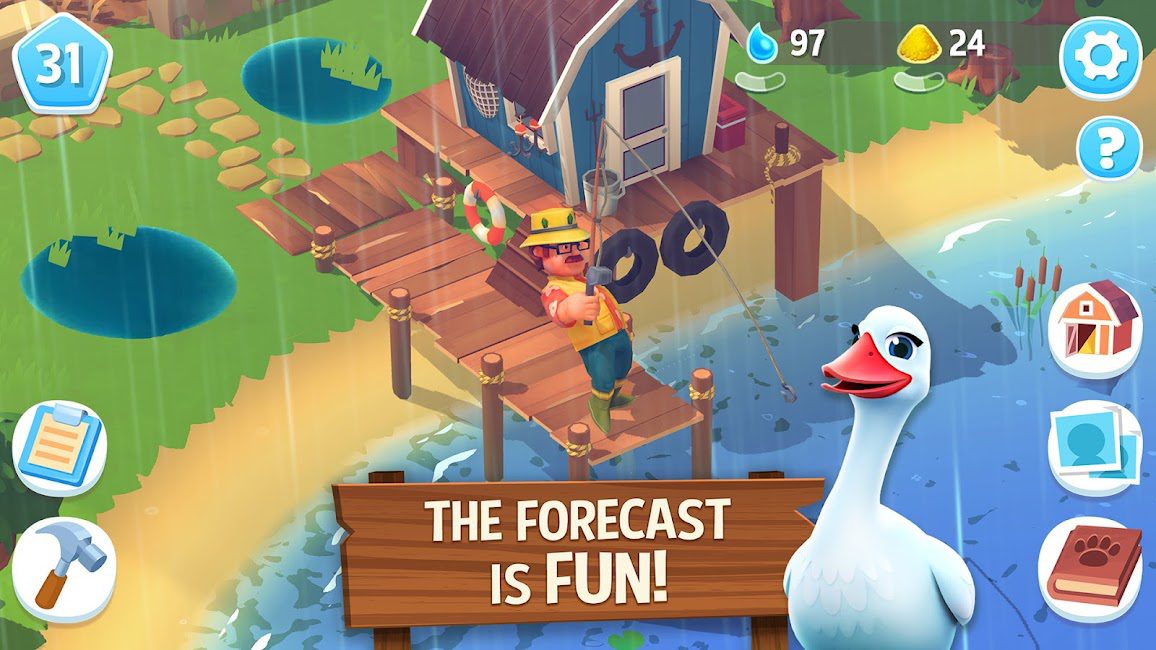 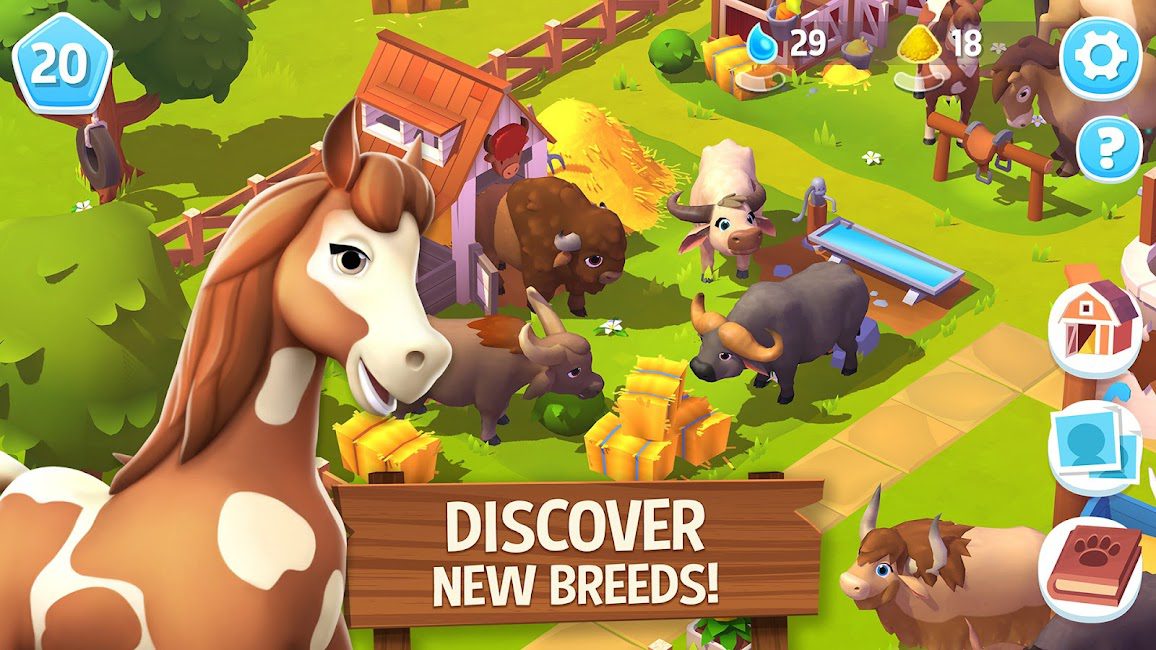 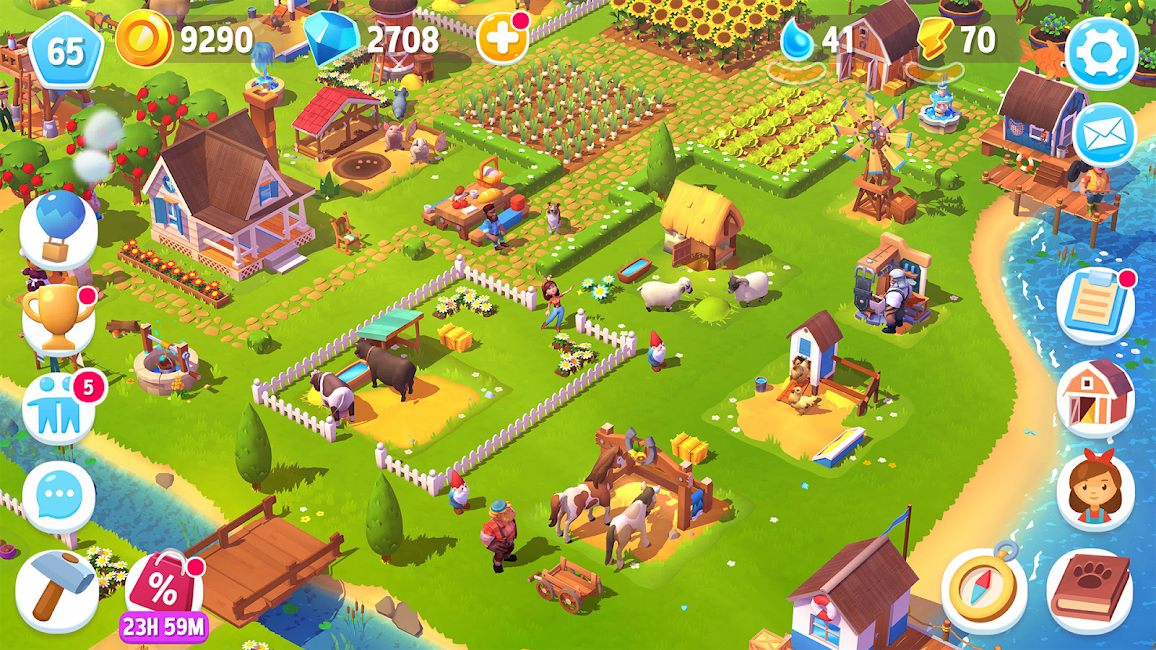