RACE 1.1.1 – download the update of the "Heavy Competition" racing game for Android + mod

RACE: Rocket Arena Car Extreme is another racing and car game from the Bulgarian studio SMOKOKO LTD, which is offered for free but with the ability to pay and in-app ads. SMOKOKO LTD Studio, formerly known as SMOKOKO GAMES, has a special interest in making racing and exciting games. Games like Dead Paradise: The Road Warrior and the Car Eats Car game series are among these games that we have previously introduced in other Usroid content. RACE: Rocket Arena Car Extreme is an exciting all-round racing game where the main priority is not just car racing. Like many other games, including the famous Blur, RACE: Rocket Arena Car Extreme includes one-on-one battles with giant machines and the use of special items to take opponents out of the battlefield. So, if you are looking for a multipurpose game in machine and racing style, do not miss this fascinating title and then join Usroid in introducing and reviewing it.

RACE: Rocket Arena Car Extreme is a complete and attractive package of a full-fledged racing game with action and competitive flavor. This game is designed by adapting different franchises and similar works of art in the cinema and gaming industry. In this game, you go to the world of fierce and dangerous battles of drivers who ride on their monster cars, thinking only of winning and knocking out rivals! The main nature of the game is to reach the end as the first person. But not only do you have to drive well along the way, you have to use everything you can to stop the other racers. In order to do so, you must collect the missiles on the way and shoot at the competitors. But do not forget that your competitors are not idle and will shoot at you if they are equipped with missiles. But there is a way to escape the missiles, and that is to use protective shields. In RACE: Rocket Arena Car Extreme, you can also use boosters and nitro to increase your speed. There are various types of cars, boxes and items in the game store section that you can buy with money and upgrade your cars. In terms of visual design, the game RACE: Rocket Arena Car Extreme is very admirable. Due to the small size, beautiful graphic details and visual effects make you enjoy the experience of this game. You can increase or decrease the amount of graphic detail in the settings section. To get more acquainted with the fascinating game RACE: Rocket Arena Car Extreme, you can watch the trailer video of its introduction and, if you wish, download the latest version of this exciting game through Usroid direct links. 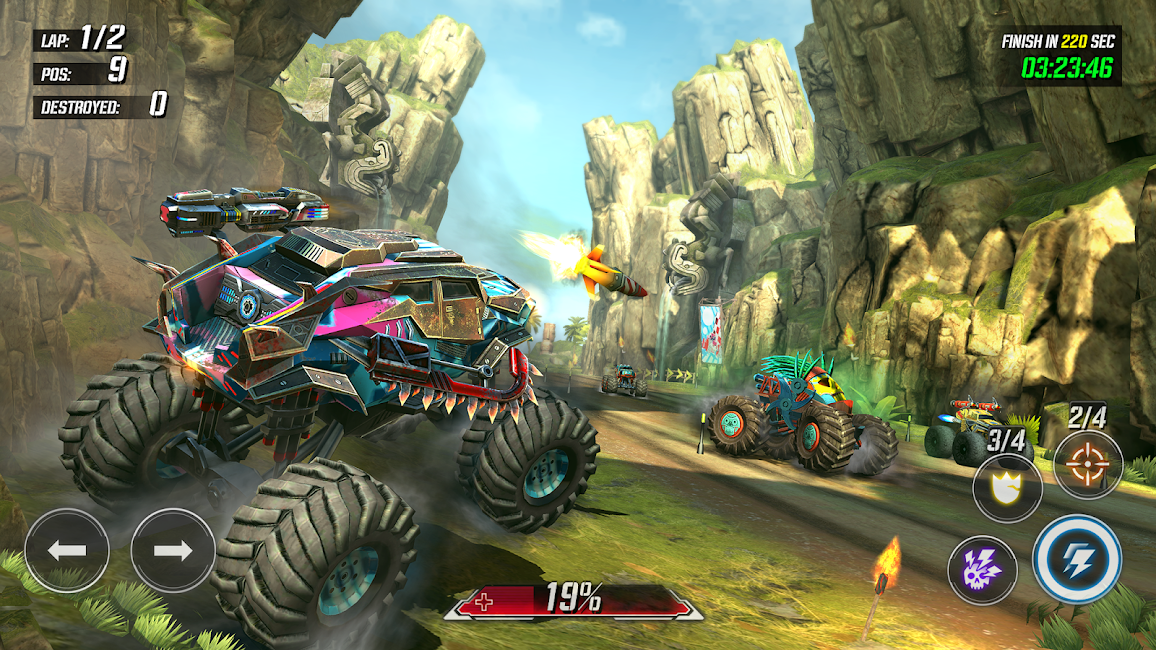 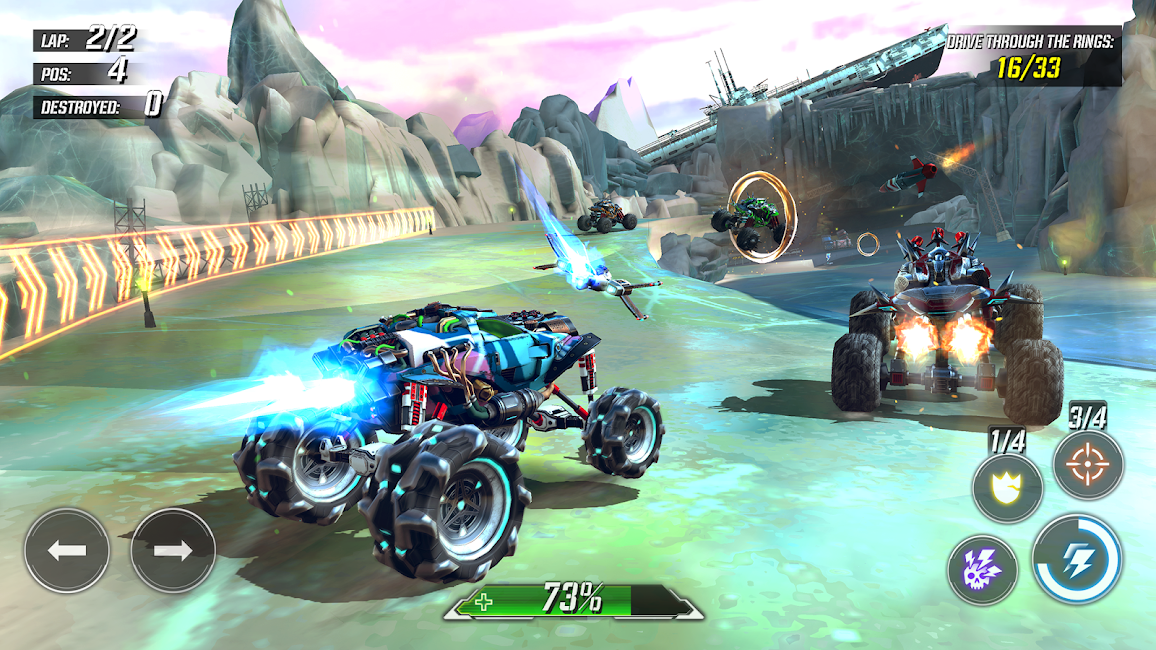 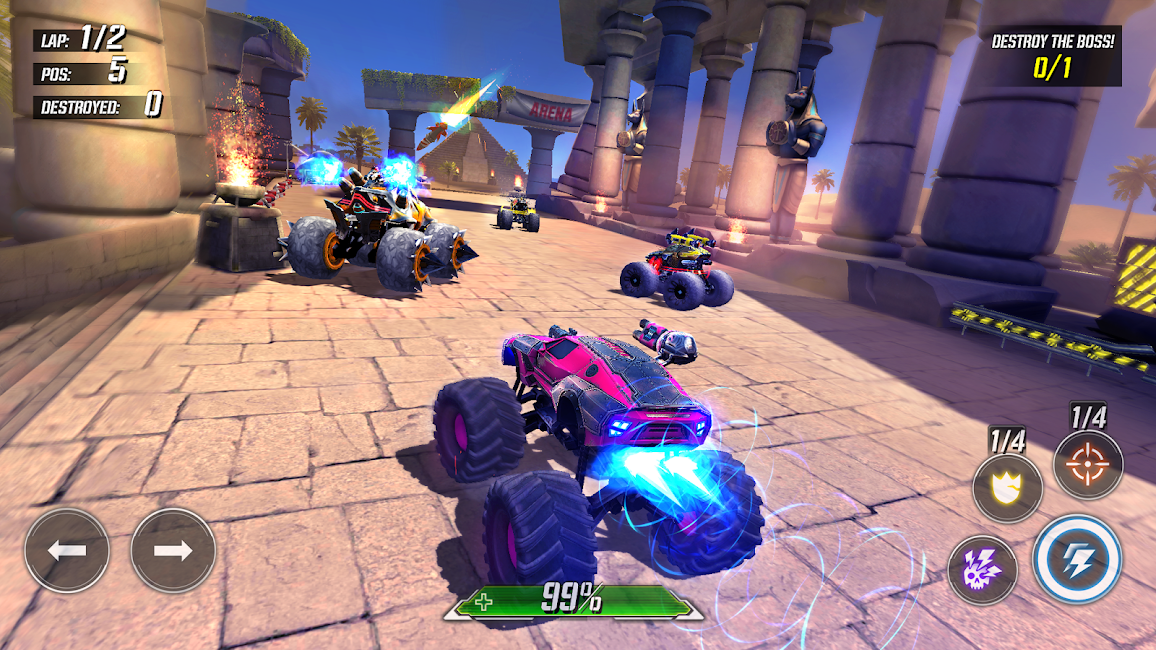 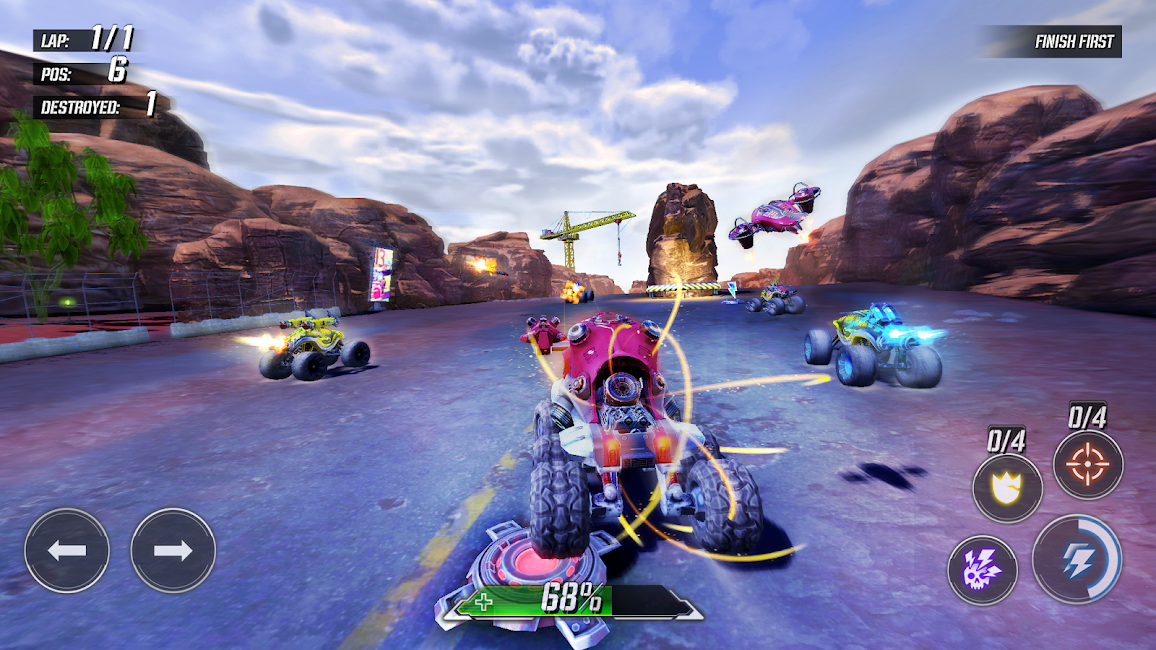 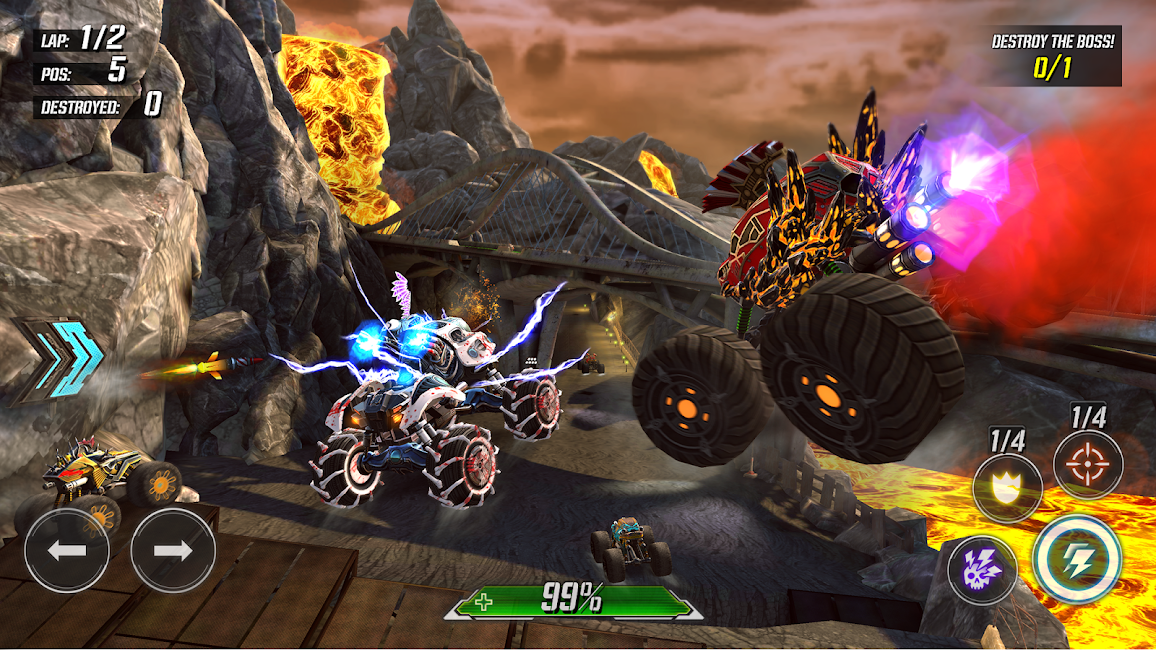