Galaxy Invaders: Alien Shooter is a very fun game in the style of action games, published by ONESOFT game development studio for Android devices. This game studio has already provided successful games and has a good track record. If you love classic games like Star Wars, you will definitely add Galaxy Invaders: Alien Shooter to your list of favorite games! Galaxy Invaders: Alien Shooter is actually an advanced version of Galaxy Attack: Alien Shooter, which has attracted the attention of many gamers by providing great and exceptional gameplay. Here is the story: With the advancement of technology, humans have been able to discover many of the farthest corners of the galaxy and deploy their spaceships and space bases there. But suddenly there are aliens from extraordinarily advanced worlds with different temporal and spatial dimensions who want to conquer the galaxy and the planet. Now the eyes of all hope on you and you are called as a heroic hero to protect the future of humanity against aliens. The game mechanism is very simple and step by step. At each stage you will encounter different races of aliens and you must try to destroy them. To do this, you will be provided with a spaceship that automatically fires at aliens. Huge waves of aliens are attacking you in various battle formations, and you must avoid being fired upon by timely movements and maneuvers, and be careful not to collide with them. By destroying aliens, you can get coins and continue to use these coins to upgrade spaceship spaceships or buy new spaceships. In addition, sometimes you can collect boosters and special auxiliary forces that are released during the game by destroying the aliens. These forces and boosters can transform space fighter arrows from single-arc to double-barreled and triple-arc, or cluster and laser arrows, increasing your chances of success in destroying aliens.

Galaxy Invaders: Alien Shooter game stages are very diverse and to pass to the next stages, you have to fight with the bosses of each stage and defeat them. The initial steps are simple, but the more you progress in the game, the more difficult the levels become, and the more stubborn races of aliens you encounter. The game has two campaign modes and infinity mode, and allows players to challenge their skills in different modes. In addition, game developers plan to add more steps and modes to the game by offering new updates. The controls are very simple and fully responsive. Just place your finger on the screen of your device and move around to steer the spacecraft up and down or left and right. Visually, the graphic space of the game is very beautiful and eye-catching, and the lighting and effects are very attractive. In addition to the visual features, the sound is also admirable and doubles the game’s appeal. The game process is very fast and breathtaking and brings a unique experience for players. Despite the fact that the mechanism of this game is simple and does not have the glamor of luxury games, but its addictive gameplay has made every gamer spend their free time with Galaxy Invaders: Alien Shooter. This game with more than 5,000,000 installations and receiving an excellent score of 4.5 out of 5.0 is considered one of the most popular games in the Android Market, and the Usroid team has decided to provide this game to you dear ones in a tested and completely freeway. At the end of this article, you can see the introduction video and screenshots related to the gameplay to get more acquainted with this game and if you wish, download it from our servers. I hope you enjoy this game! 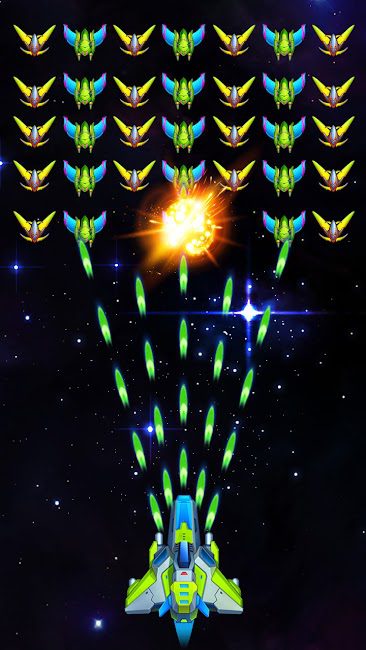 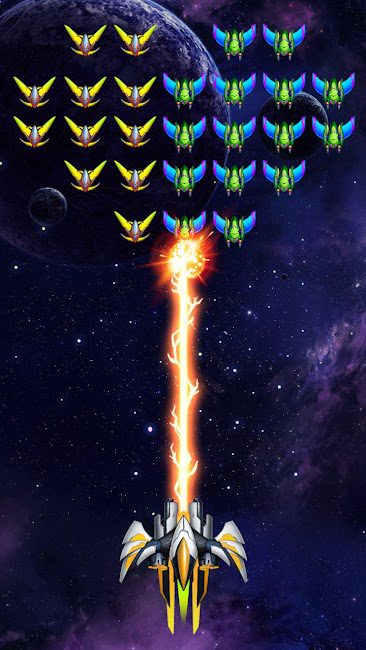 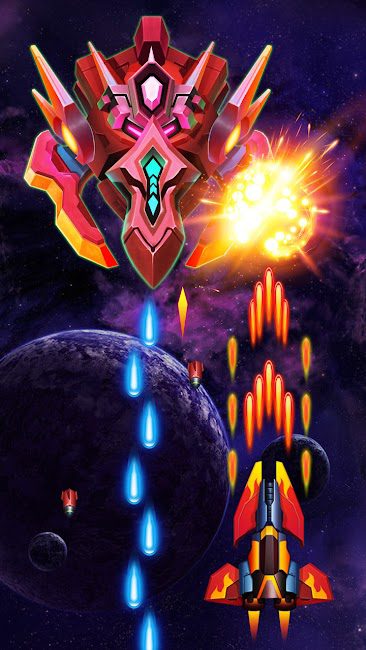 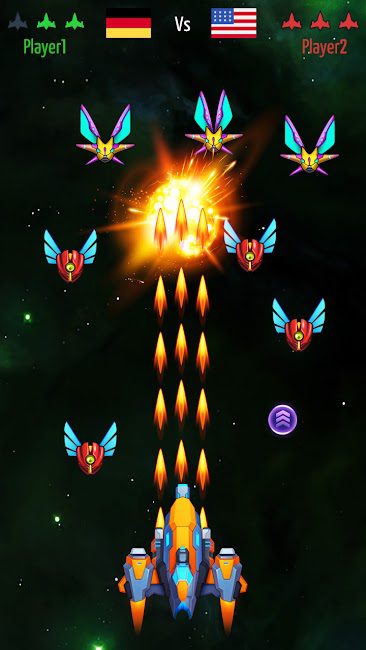 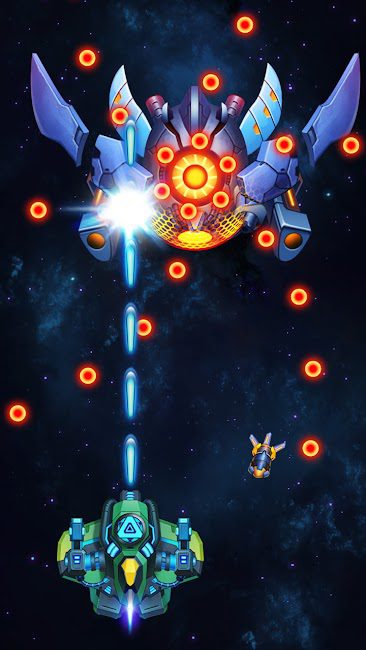 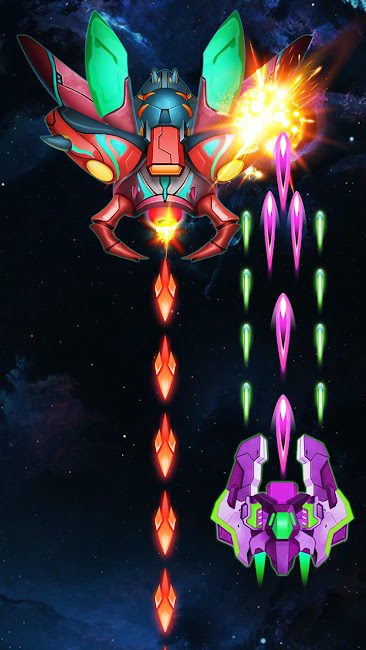 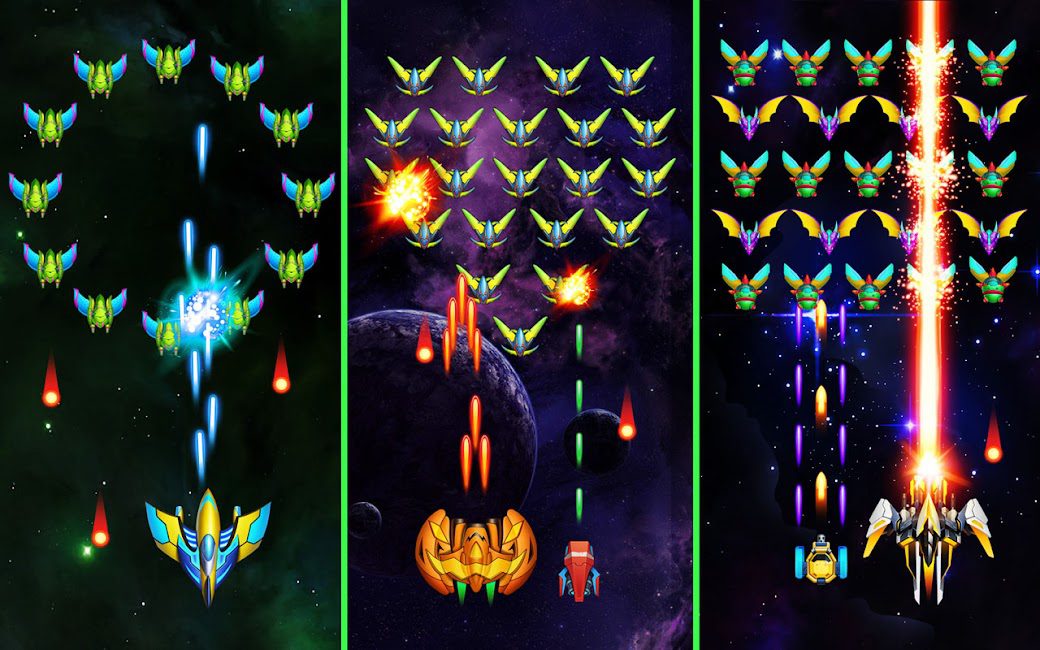 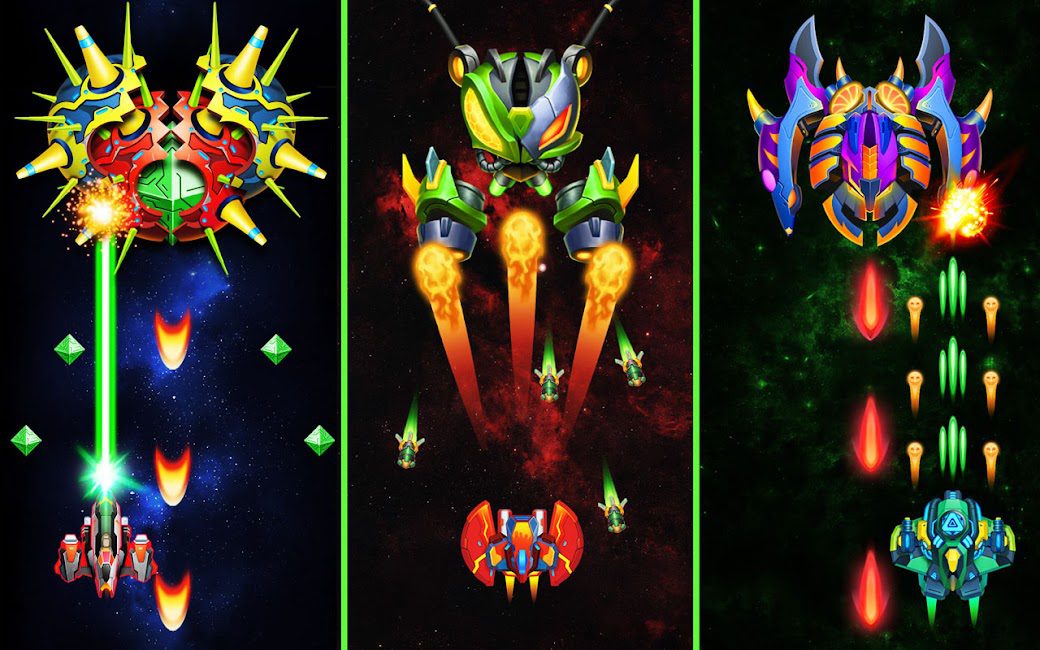