Perfect Snipe – Perfect Shooting is a very well-made, attractive and at the same time small game from the well-known Playgendary Limited studio in Cyprus, which has been developed for free and is available to Android players around the world. Usroid, at the same time with the release of the new version of this game and at your request, friends, has prepared and reviewed this game and now has provided the latest version with a completely exclusive version of this game for download so that you, dear friends, can Easily experience it in either normal or unlimited modes. Playgendary Limited Studios is one of the game development studios that has become famous for making arcade and fantasy games. Among the most popular and famous games made by this company can be games like Polysphere and Pinatamasters or Hitmasters pointed out. Perfect Snipe is also a game with the company’s usual and popular design language, which we are going to introduce in this article from Usroid site. Perfect Shooting Game is another game in which the colored puppets are the main characters. The game has no special story and the nature of the game is an arcade and entertaining title. The whole game is about a mercenary assassin who does a lot of missions to destroy specific targets.

Game Perfect Snipe It has unparalleled gameplay. The idea of ​​the game is simple and we don’t want to call it a new and innovative idea, but the special and simplistic approach of the game’s creator in this idea has made the final result a very good thing. The main style of gameplay is first-person shooter, and you play the role of a skilled sniper who, in relatively similar stages, is set to destroy the objectives of the game from a distance. Your goals are colorful puppets that don’t move much in the first place, and there’s no particular challenge to targeting them. But after going through the initial stages of the game, little by little, the main difficulties and challenges of the stages become apparent. Further challenges include increasing the number of enemies and moving them more, as well as hiding them momentarily behind walls and obstacles. The whole process of Perfect Snipe is designed in the form of puzzle games, which means that each stage of the game is designed so that players can destroy enemies with the least number of arrows (often with one shot!). To do this, before you start the game and shoot the items in the map without paying attention, first analyze the situation well and see what you can aim at by shooting a few arrows! In addition to the usual puppets, there are enemies in Perfect Snipe that are bigger and harder to kill. By going through the steps and making money from each of them, you can buy better weapons or simulate your weapon with personalization items. 3D game graphics, but its designs have a fancy and cartoon style, which makes the final graphics of the game highly optimized and can be run on most mid-range devices the score is 4.3 out of 5.0 . You can download the latest version of this game from Usroid servers in a normal and modified way and in a tested form. 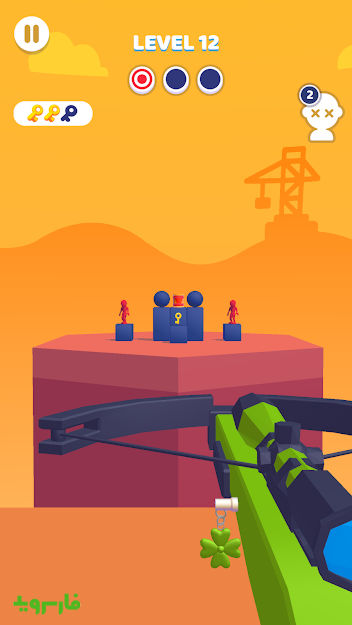 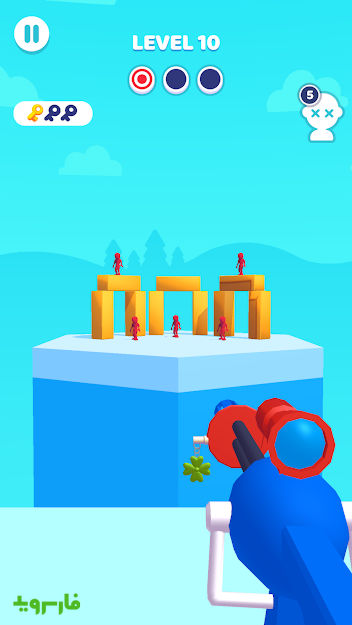 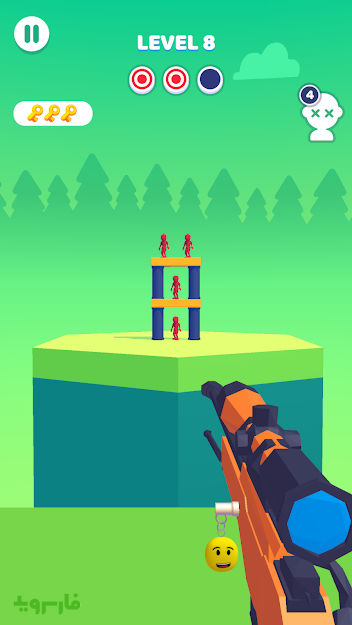 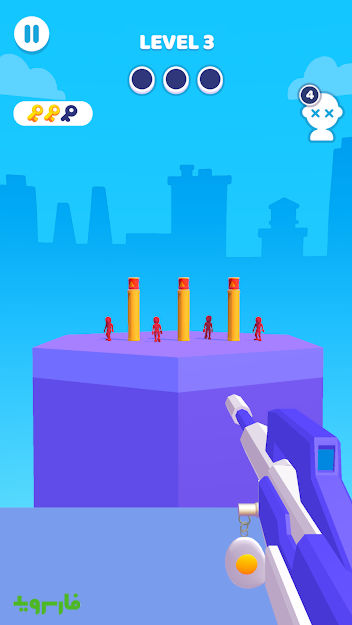