Steampunk Syndicate 2 – Stereo Dictators Syndicate 2 is a new and entertaining game in the style of strategy games, card games and tower defense for Android . for the first time in Iran Introduce it to you, the lovers of games of this genre, and make you happy once again! The age of steam has begun, the great revolution has ended with the defeat of the last insurgents and only a handful of insurgent heroes remain! The Syndicate of Steam Age Dictators has seized power and frightened the people! Insurgents have secretly started building robots somewhere in the distance and around any civilization, which they have named themselves defenders! This robot is a giant robot that works with steam power and is the last hope of the insurgents to end the tyranny of the syndicate! With the help of this robot, the insurgents are rebelling again, this time they are more prepared than before! Of course, the syndicate did not join hands and finally managed to find out the secret movements of the insurgents, now the syndicate seeks to destroy the “defender” and your mission in the meantime is to protect these robots at any cost! As in the previous version; The general storyThe game revolves around the enemies and the city of Syndicate, the enemies have attacked the city of Syndicate and the only hope of the people of this city is that you will destroy them one by one by deploying various weapons on their way to the city. And prevent the destruction of the city! Different types of towers and card characters are available so that you can put them in the path of enemies’ entry and movement with your interesting ideas and destroy them with consecutive shots and do not let them enter the city! Charismatic characters, special and unique weapons, various defense towers, various environments, good touch controllers, HD graphics and small volume are among the features of Steampunk Syndicate game that is offered to you who love Android defense games. !

Steampunk Syndicate 2 game has been downloaded less than ten times and by downloading it from UsroidYou will be one of the first global users to experience it! General features of the game can be such as excellent graphics with all the details, both in the design of the game environment and in the design of three-dimensional models of warships, submarines and…; Confrontation with groups of enemies who have come to destroy the “defender”; Possibility to build 4 types of defense turrets, which include shooter turret, flamethrower turret, bomber turret and electric turret; Ability to use special combat units (heroes) in addition to defensive turrets to defend the “defender”; Ability to equip your heroes with different equipment and use their special capabilities; Dozens of characters, weapons and turrets to use and generally build great! You can first view images and trailers of the gameplay and if you wish to download it with a direct link from the site’s high-speed servers. 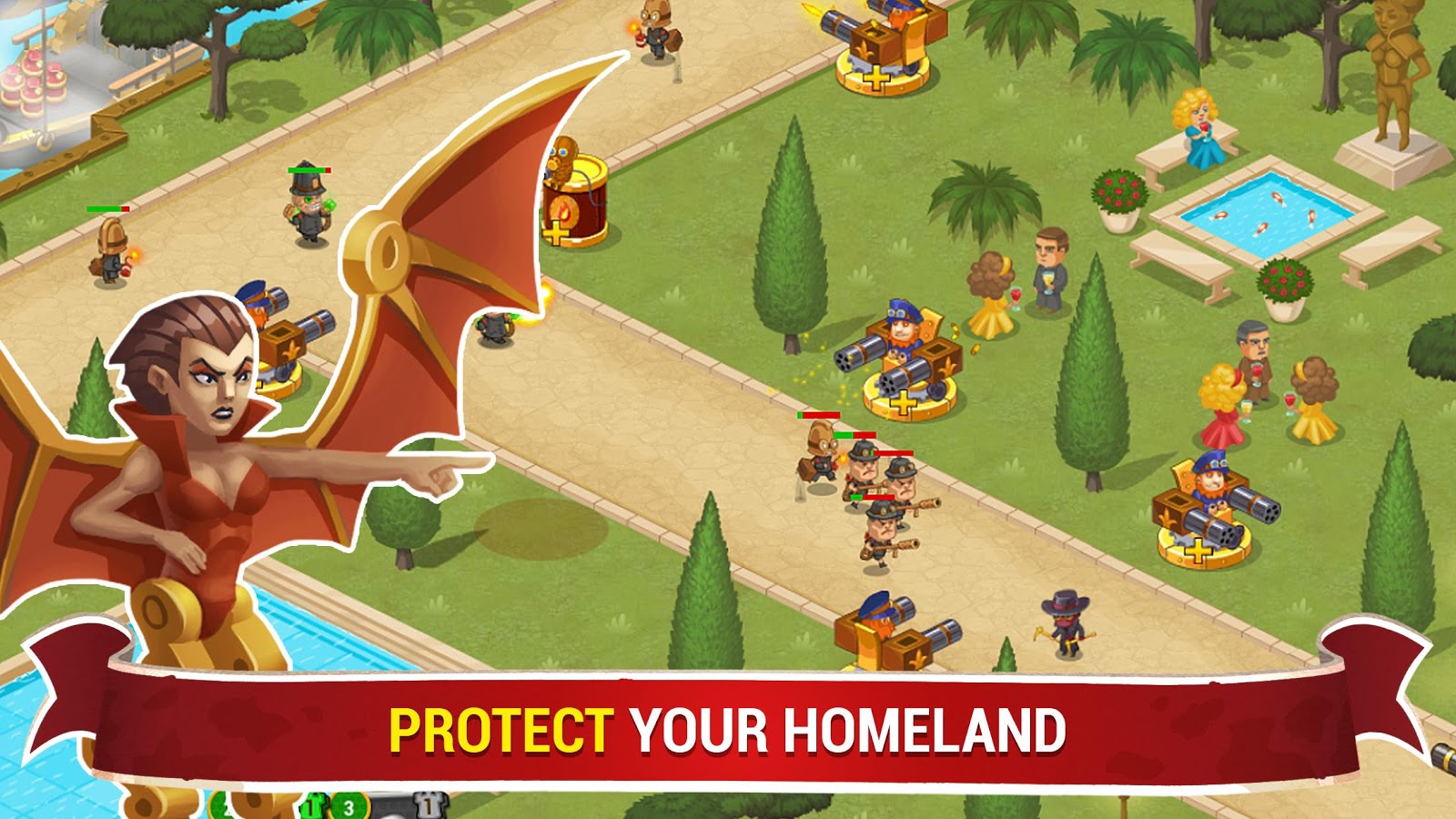 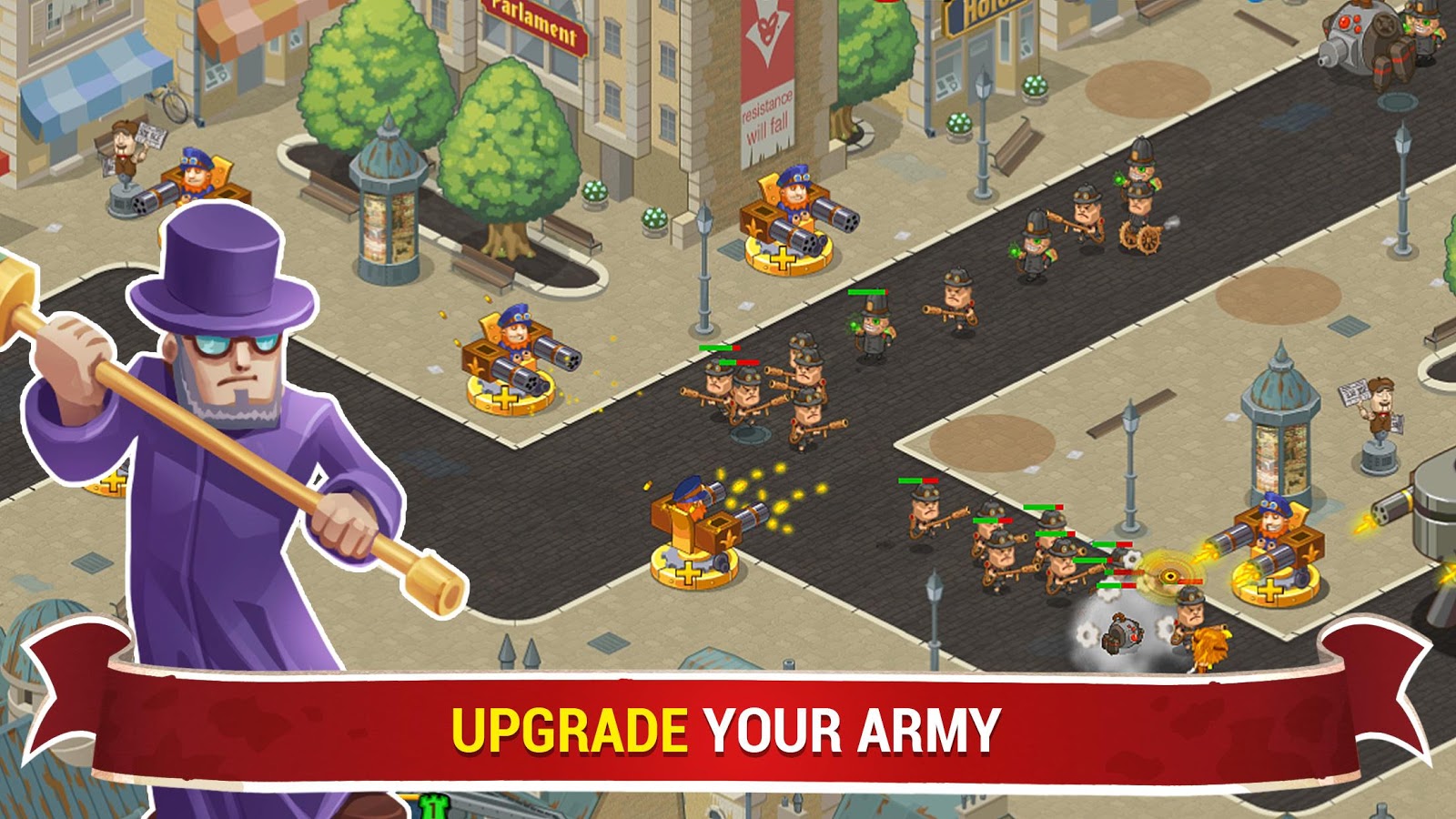 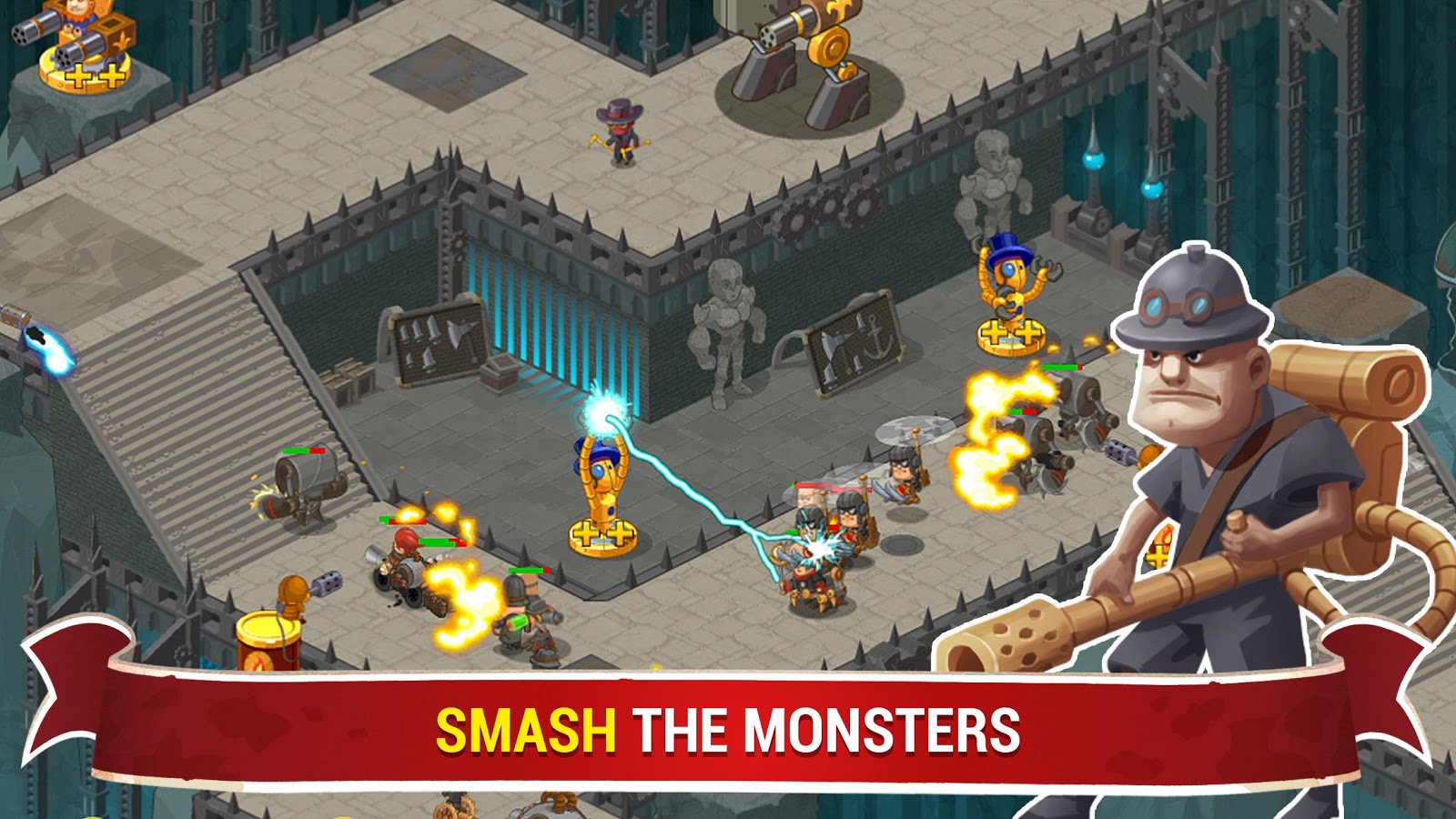 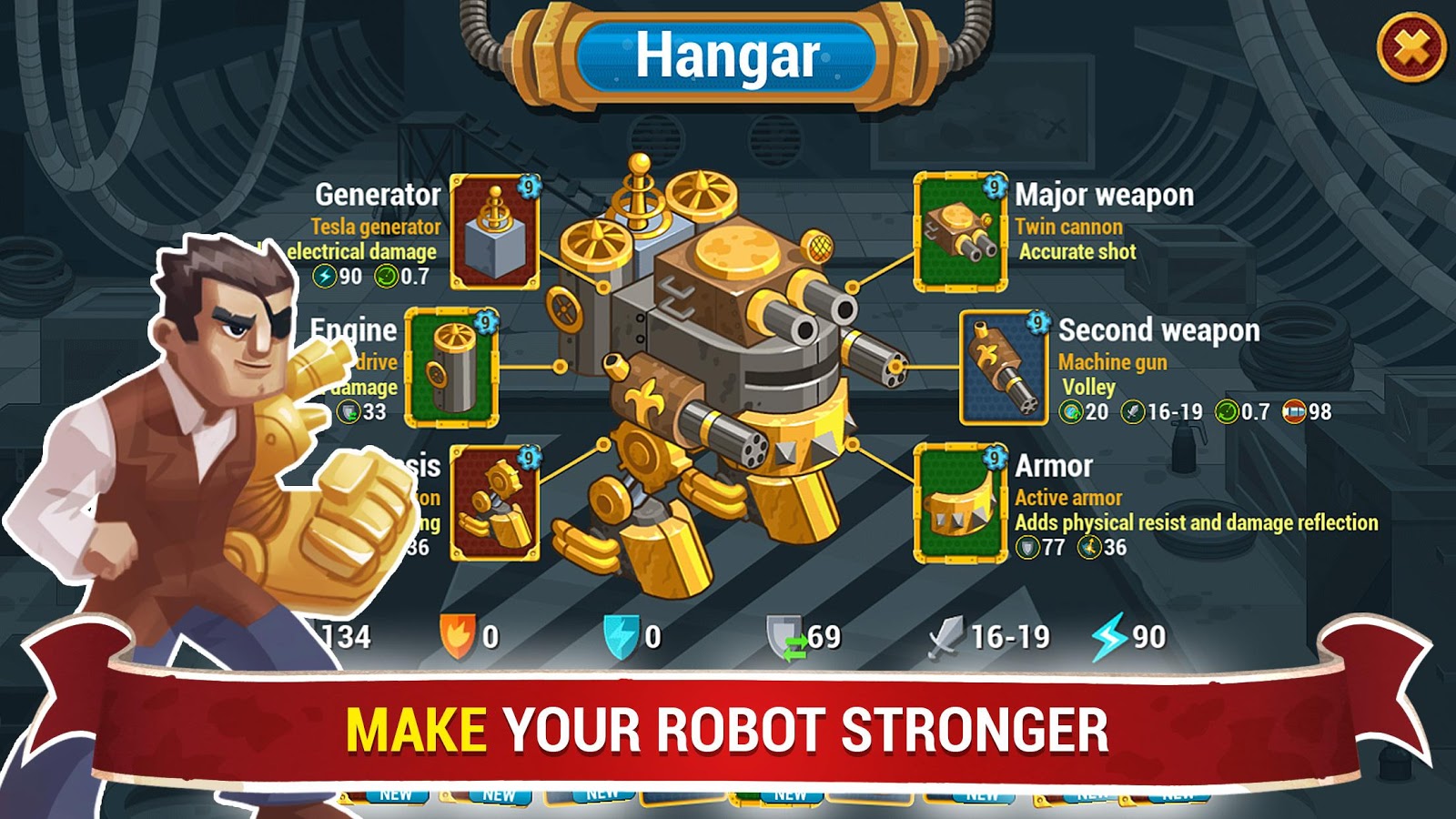 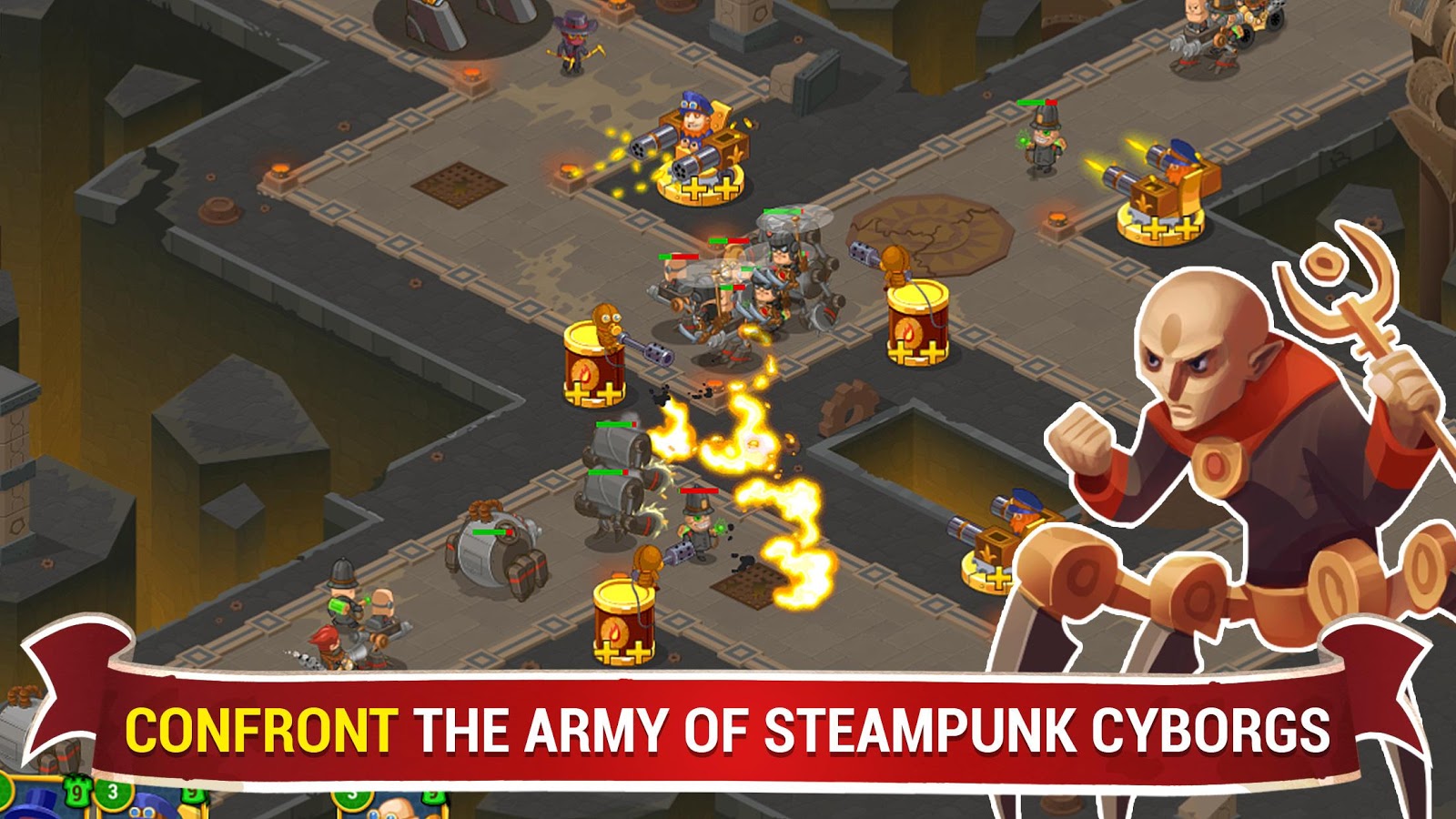