World Empire 2027 is a beautiful and entertaining game in the style of strategic games from iGindis Games Studio for Android devices, which is offered for free on Google Play, and at the request of dear users, the latest version of it, as always, for the first time in Iran and as published completely free on our site. If you are looking for a first-class strategy game with very high detail to keep you entertained for hours and small in volume, World Empire 2027 is undoubtedly the best possible choice! The story of the game takes place in 2027. When, to America’s surprise, it stops interfering in the affairs of other countries and seeks to solve its own problems! Europe is also struggling with many problems, including the fall in the price of the euro and the influx of refugees, and it cannot compete with other countries! Your country is also in a bad situation due to the insurgency, and this is where you have to come in and sort things out! The choice is yours, to expand your empire with war or diplomacy! A great and first-rate story with very good details that can nail the audience to the game! World Empire 2027 is highly addictive and its good gameplay as well as great story will not let you give up the game and makes you always think about expanding your empire. The interesting and remarkable thing about the game is that World Empire 2027 Designed based on reality! That is, different countries are designed with their policies in the real world, which doubles the attractiveness of the game and makes the game closer to reality. Even the population of countries is based on reality. For example, Iran has a population of 80 million people in the game. !

There is a great variety in World Empire 2027 and you can use a variety of weapons to fight your enemies! Normally, such games should have strong artificial intelligence, which fortunately World Empire 2027 has done well in this area. There is no limit to the game, you can choose from 180 countries (including Iran) whichever you want and play. It is you who can choose to drop a chemical bomb on the heads of the people of your enemy country in complete cruelty, or to proceed with negotiation and diplomacy! You may be surprised to learn that the game is so detailed that you can form a terrorist group in another country to create chaos and advance your goals! Of course, the game also has a weakness, for example, the game sometimes slows down a lot, so you have to press a button two or three times to apply the feature, but fortunately with several updates, the creators are fixing these problems. Other versions of this game and studio have been released, but of course those versions had a more limited world and, for example, ended only in Asia or Europe, but this game includes the whole world, and this makes it as possible. Let’s ignore his problems! World Empire 2027 game currently has a score of 4.0 out of 5.0 on Google Play and has been downloaded more than 5,000 times by Android users around the world and is one of the most popular and popular strategic category games that we have in Usroid. And we provide the latest version for free with a direct link that you can download with just one click.

Note: If the mod version is ready, available for download. 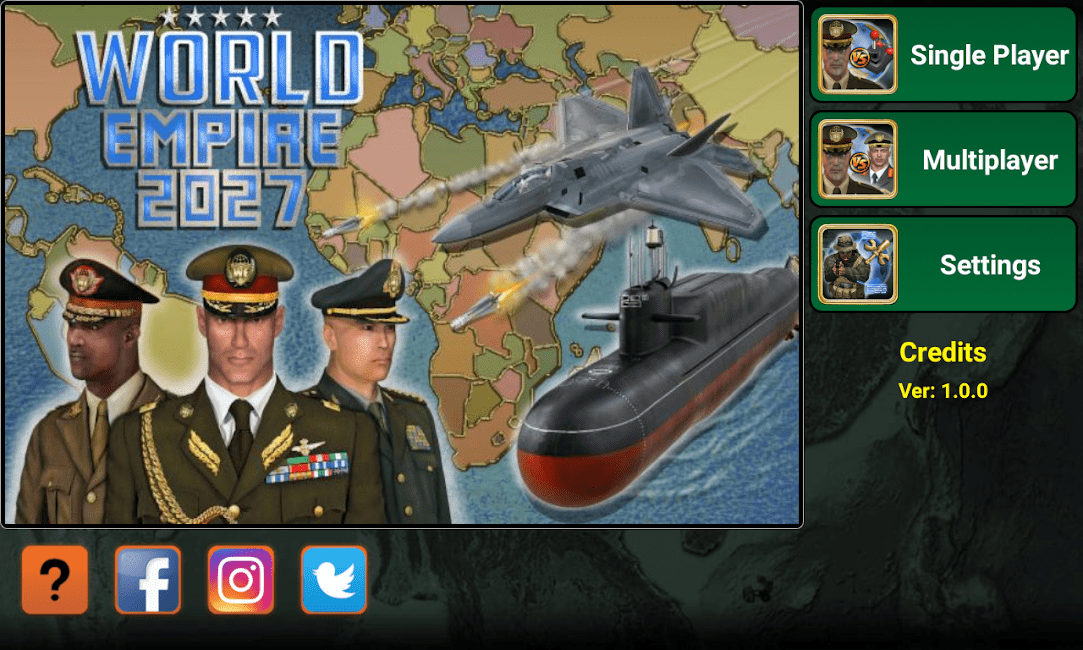 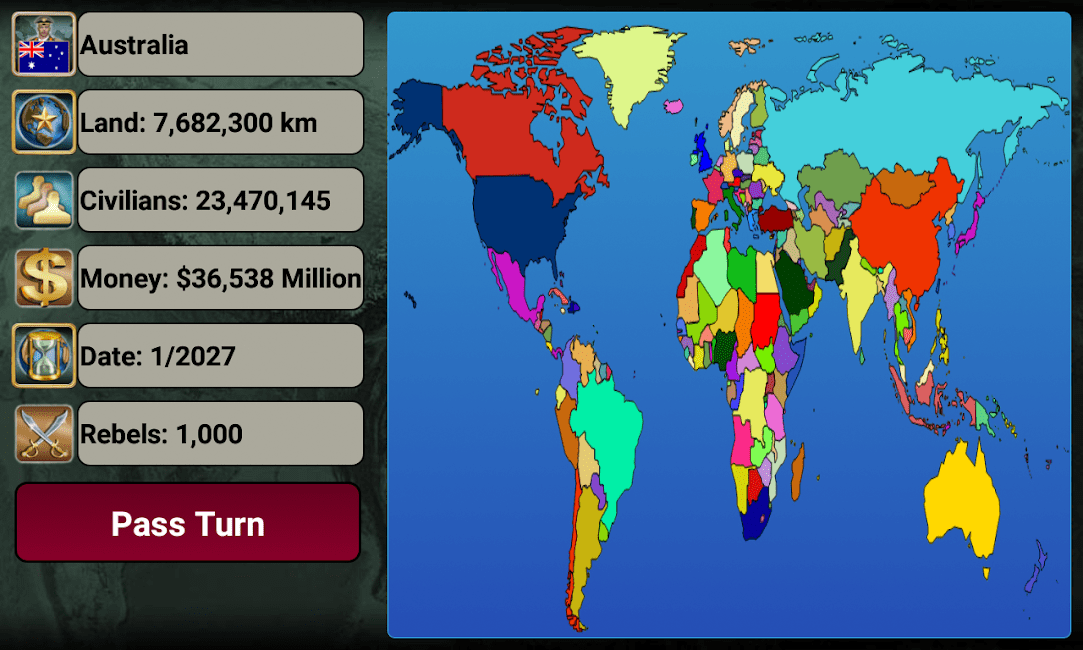 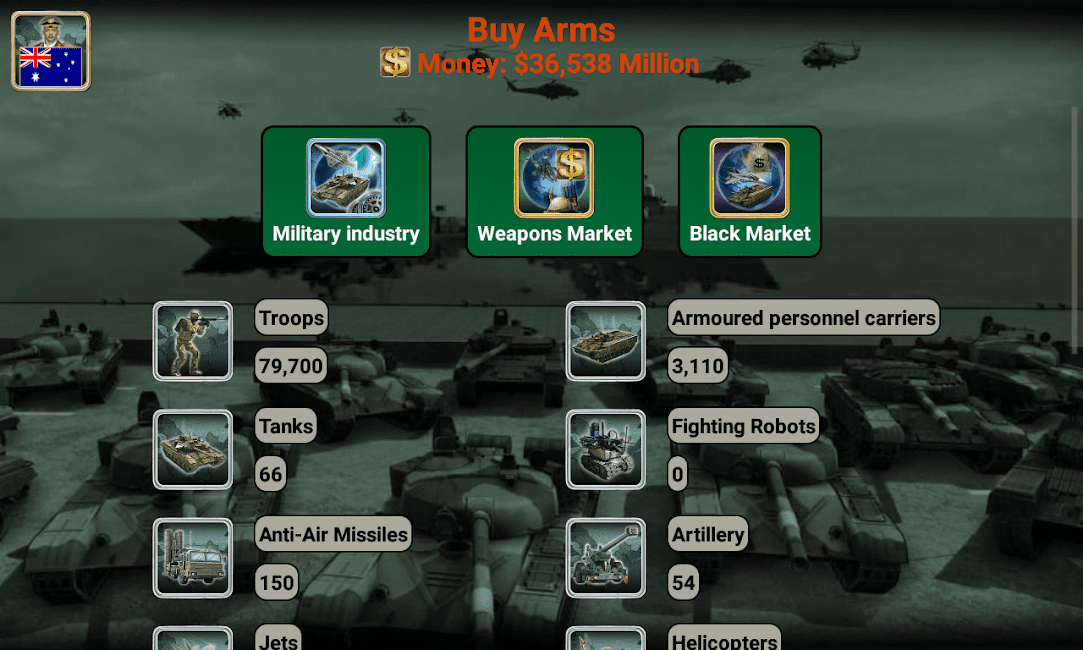 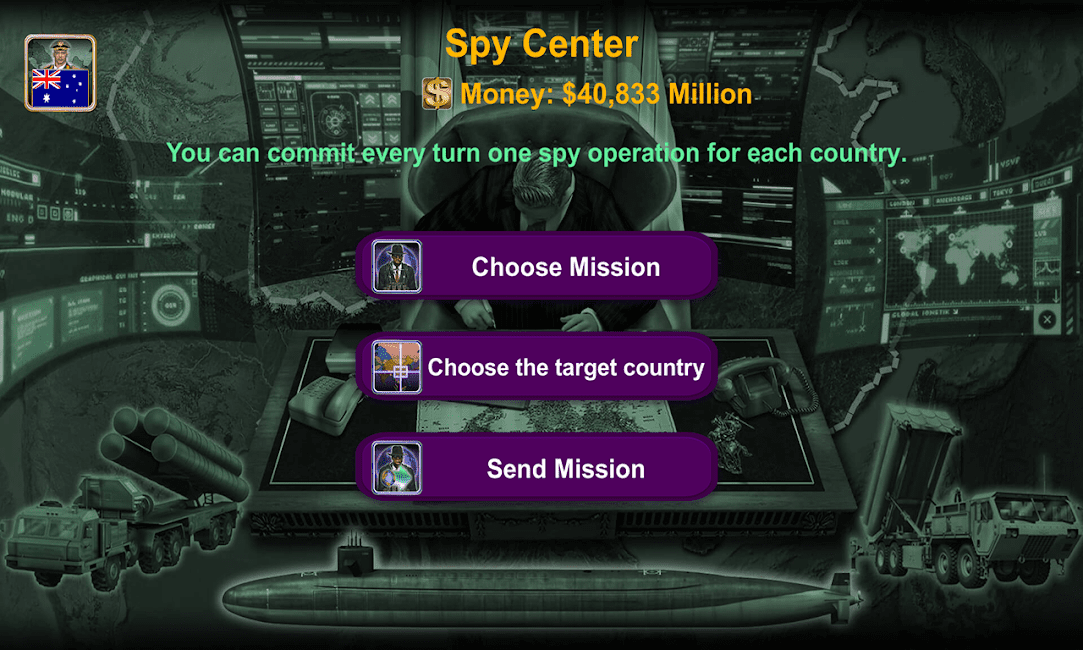 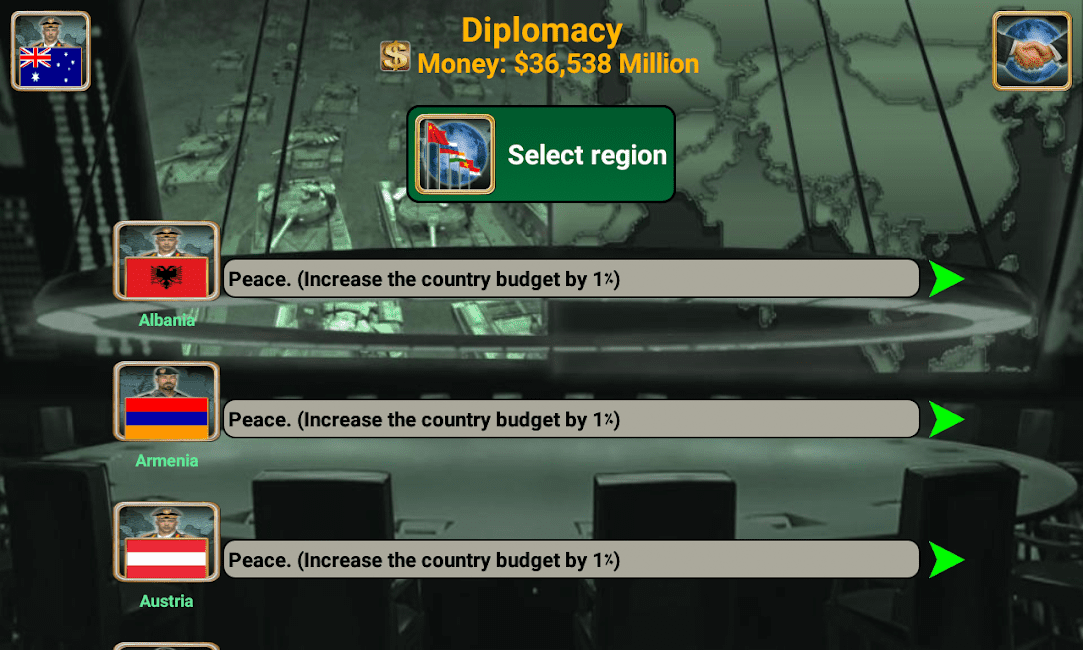 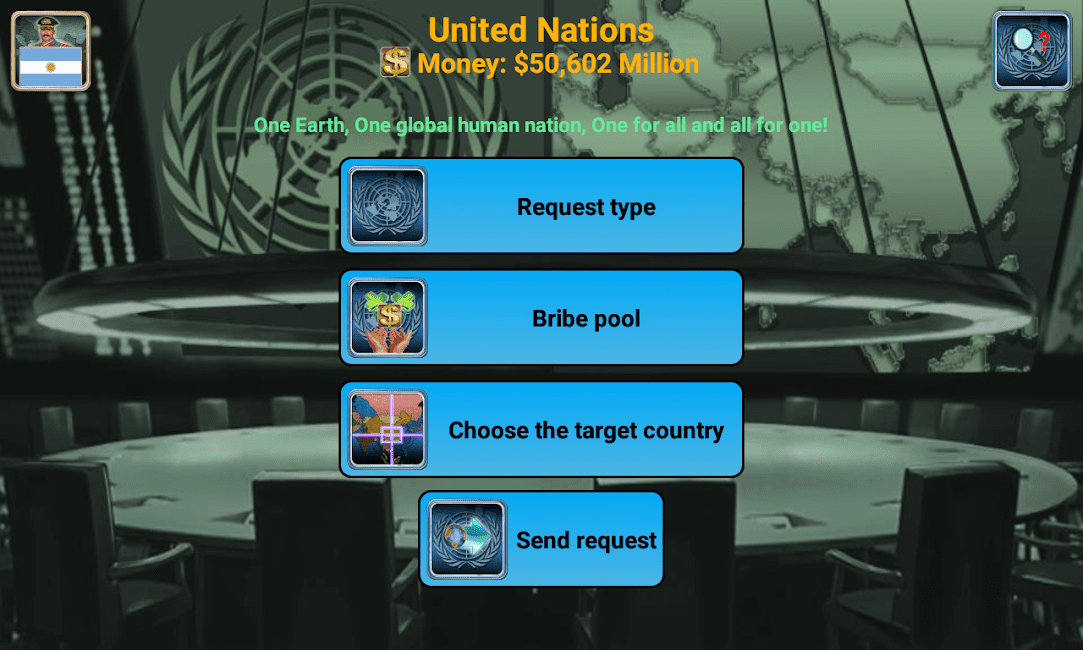 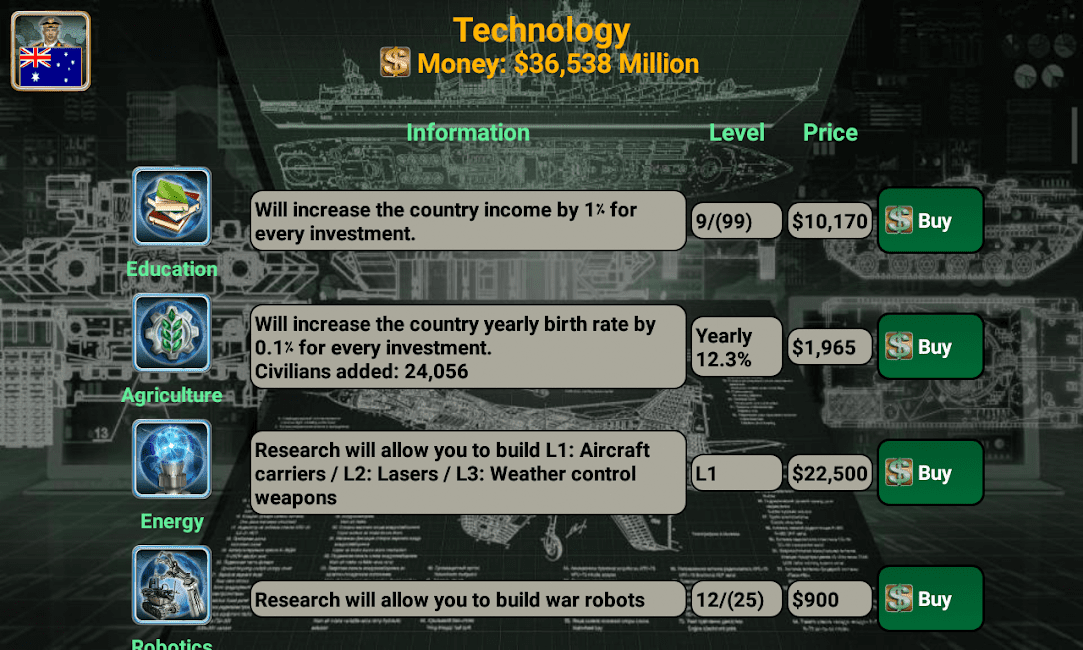 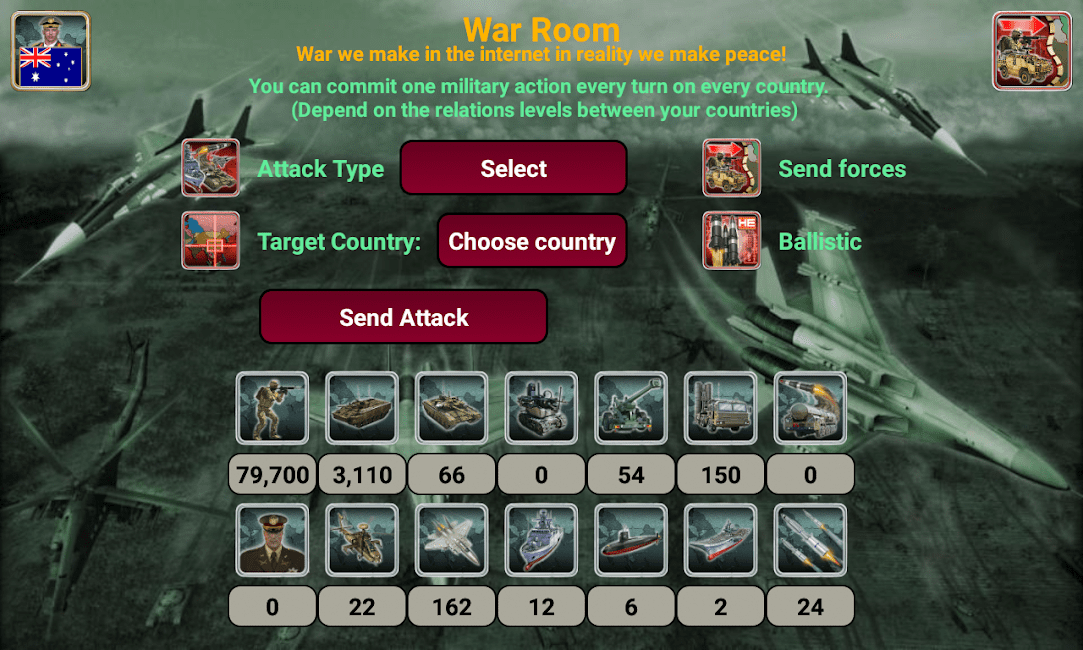