Door Kickers v1.1.22 Full + Mod – Extremely beautiful and popular two-dimensional game Door Kickers Android with data + trailer,
price $ 4.99 and a score of 4.5 out of 5.0 on Google Play
tested with a completely offline run

Door Kickers is a very beautiful and exciting game in the style of action-strategy games with a special gameplay from KillHouse Games game development studio for Android, which costs $ 4.99. Released and purchased about 100,000 times by Android users around the world, and the latest update is in front of you. This game, which has been criticized by many popular sites, has addictive gameplay with 2D design, in which you have to control a special unit group or SWAT and fight against terrorists in various places. Including bombed residential and office buildings, pay! Now, as a great hero, collect your equipment and prevent their sabotage! The sabotage of terrorists does not only end in bombing buildings, but in some cases they attack innocent people without weapons and extort money from them, and it is your duty to stand up to them! In some stages of Door Kickers, people have been taken hostage by terrorists as hostages, and one of your other tasks is to release them; Of course, they are leaving the hostages in buildings full of bombs and traps, and you must use all your thoughts and intelligence and let them go without any harm from the terrorists!

Some features of the Android Door Kickers action game:

If you are a fan of police and commando games, do not miss Door Kickers in a very beautiful and different way. This game currently has a score of 4.5 out of 5.0 in the Play Store , and we in Usroid provide it to you with data and 100% tested; In the following, there is a normal installation file and a mod with data for download, which you can download with a direct link.

– Download the data file and decompress it. Com.khg folder . Copy doorkickers to the Android / obb path of the device’s internal memory. 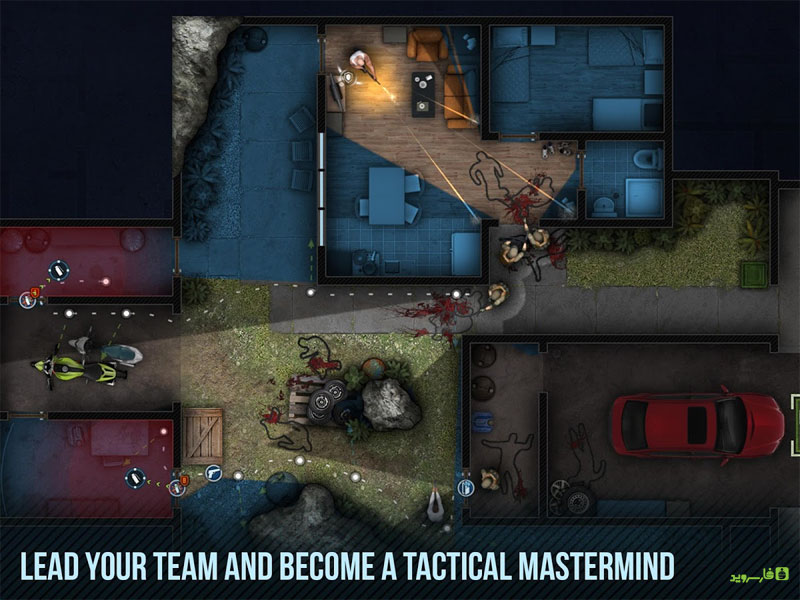 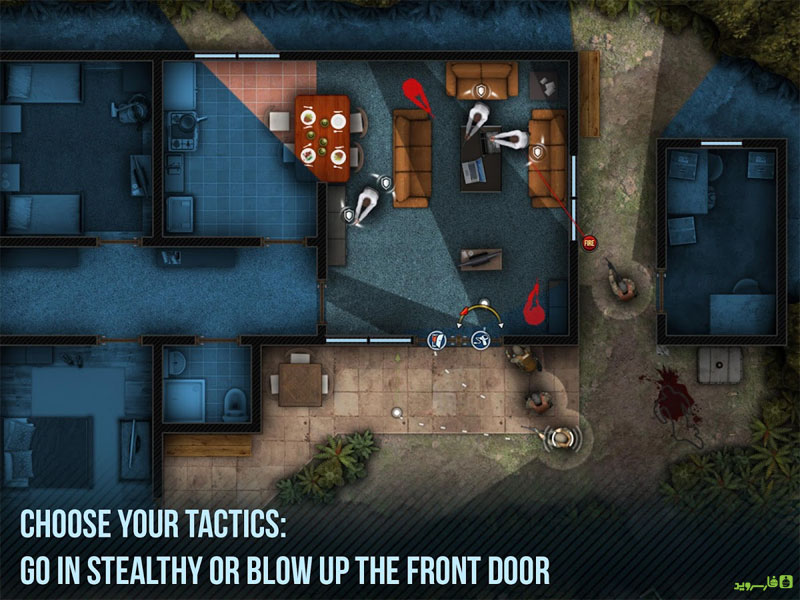 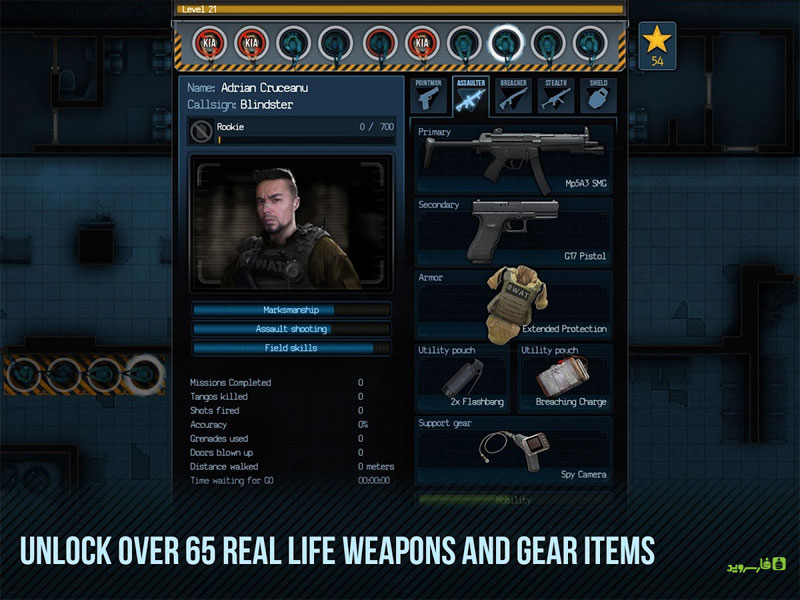 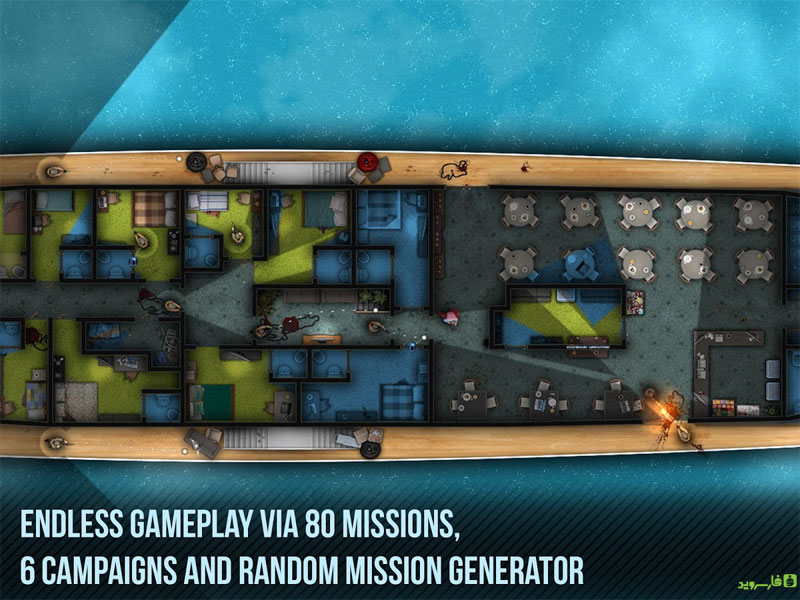 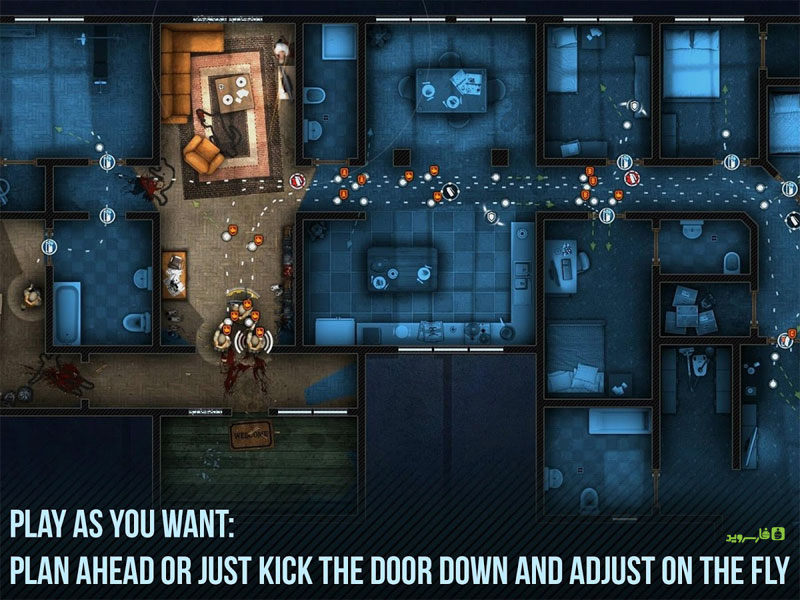