Fairy Kingdom HD – Fairy Kingdom HD is a beautiful game with HD graphics and colorful in the style of strategy and land management games from Game Garden for Android that invites you to build your personal territory to create a unique land. Discover the long-forgotten mystery person and defeat the evil forces with the power of your love and friendship! The story of the game is that in ancient times, the young prince, who had a very beautiful kingdom, went to the forest on a good and enjoyable day to hunt and met a princess who was captured by a witch and rescued. Gives. The two were talking about marriage when suddenly. .. The evil wizard’s head was found to take revenge on the prince and his beloved fiancé! He used magic to turn them into stone statues, and for this reason he became very weak in the absence of the king of the land. Now the castle has collapsed and the citizens are looking for a suitable place to live and you have to Build a powerful and beautiful kingdom. Yes, the game Fairy Kingdom HD you must build a realm of adventure and try to work yourself up to the prince and his fiancée from the hook and … The maps and the whole world of the game is very wide and it takes several days and even several months to get to know it all and conquer some of these lands, which is very exciting and enjoyable!

Game Fairy Kingdom HD now with millions of downloads from Google Play has a rating of 4.4 out of 5.0 that we have today in Usroid the latest version of it that a few days ago have been released for free Links Mstqymdr give you .Play Fairy Kingdom HD online and not online for the first time an internet connection; Next time, you will never need the Internet to run. 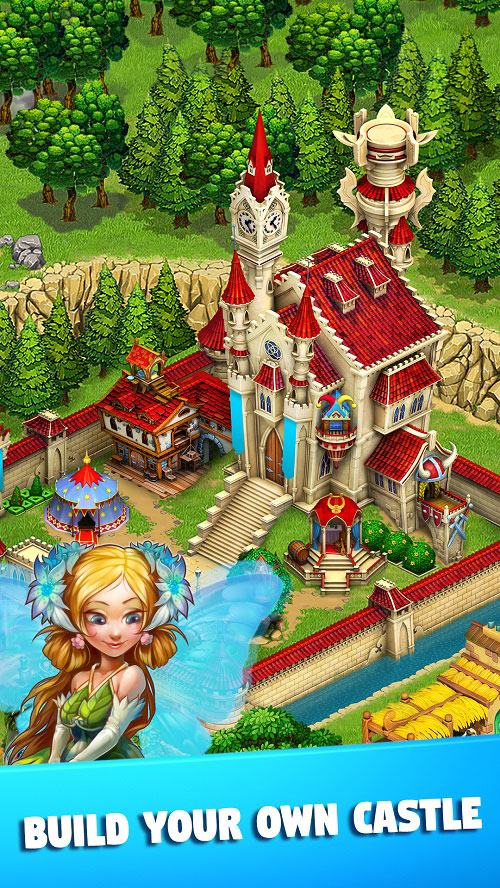