Idle Construction 3D – Construction Manager is a fun and very interesting title from a management and entertainment game of the type of clichéd games (Idle Tycoon), which is one of the strategic games. The game was developed by the French studio Green Panda Games. Usroid at your requestDear friends, at the same time with the release of the new version of this game on Google Play, it has prepared it and provided the latest version along with a modded version for download. Idle Construction 3D, as its name suggests, is a game of cliché and capitalist style of play. But the interesting difference between this game and most similar games in this genre is its style, context and generality. In Idle Construction 3D, you are a professional contractor who is actually the CEO of a construction company. This person is so professional and skilled that people from all over the world are looking to work with him. In the role of this CEO, you should try to do the game missions. Game missions are actually building, managing and upgrading various buildings and structures.

در Idle Construction 3DFirst, you need to start with small buildings and houses because of budget constraints. But after a while, as you progress and make more money, you can move on to bigger projects. When you become famous enough, you can build world-famous structures such as the Empire State Building, Fairytale Castle, Burj Al Arab Dubai, Leaning Tower of Pisa, Taj Mahal, Eiffel Tower, Big Ben, Sydney Opera House. You can hire more workers to advance your goals and speed up the construction process. The game has three main items for each section, one related to more revenue, the other to more speed in construction, and finally the last option is to increase the number of workers. Each of these sections has different levels that you can go to a higher level by upgrading each one and follow the game process in the same way with more speed and profitability. Idle Construction 3D game has simple and fancy graphics and its gameplay is Tap & Play. This means that to play the game, you just need to click on the game items or swipe around to browse the map. Now you can download the latest version of this interesting and entertaining game that has more than 10 million downloads from serversDownload Usroid . It is interesting to know that according to the game’s creator, one of its parts, Sydney Opera House, is designed in such a way that only one percent of the players have succeeded in building and completing that structure. That’s why Green Panda Games has invited professional players to skip this stage. Can you be one of those players? 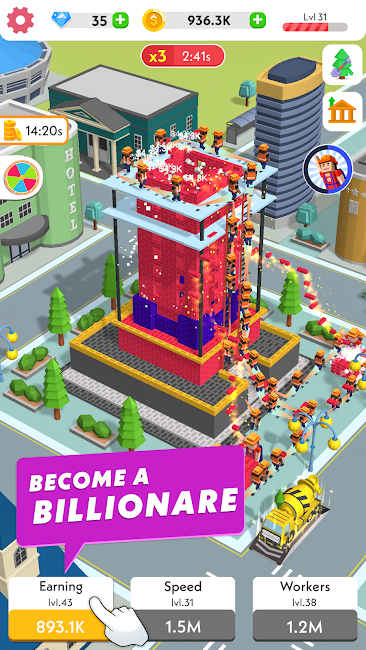 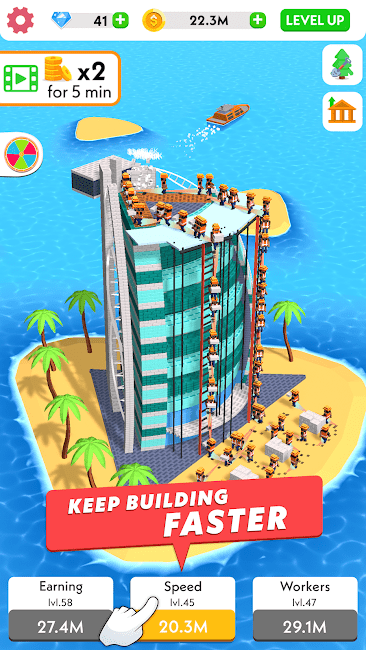 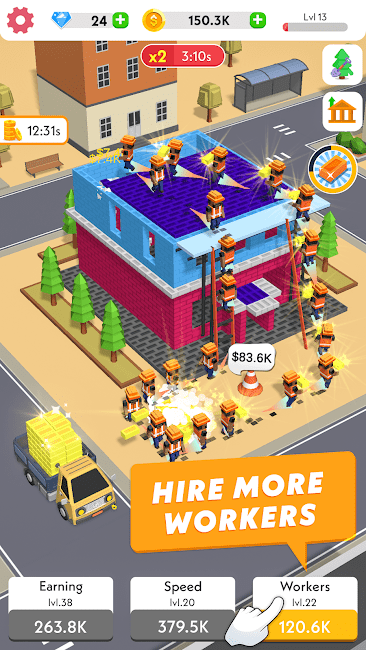 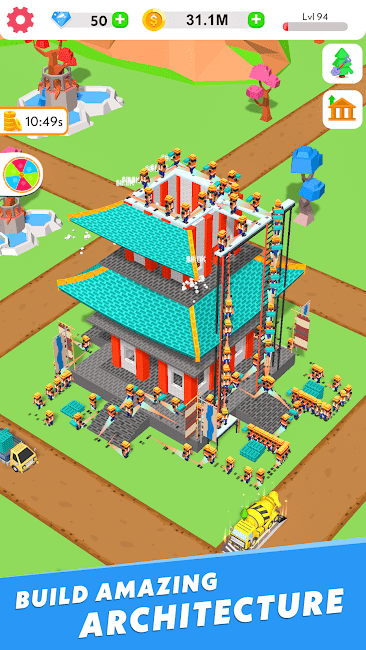 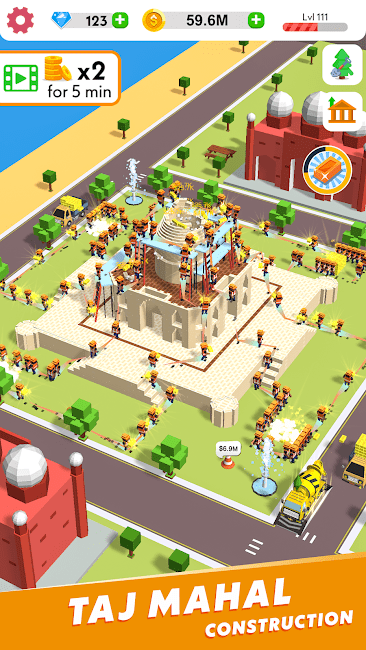 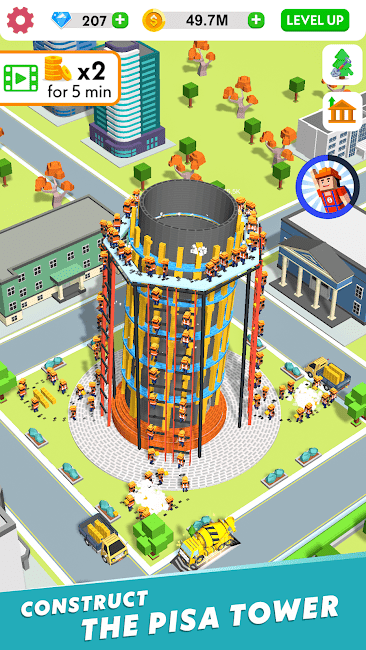 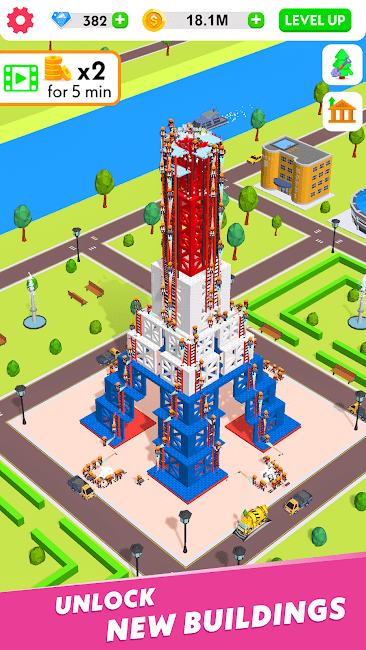 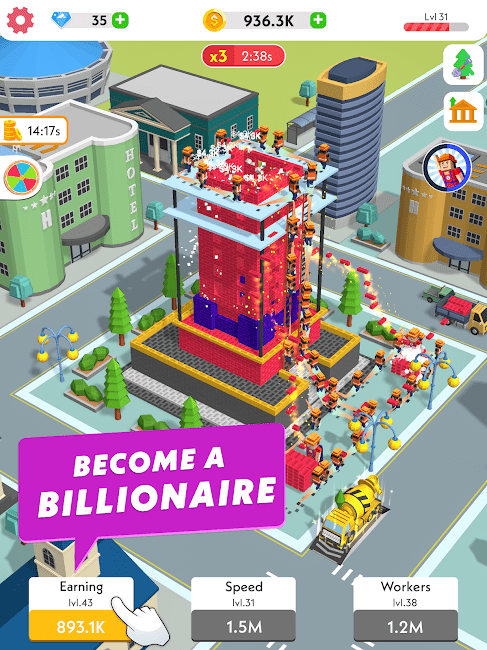