Infectonator 3: ApocalypseIt is the name of a game in the arcade genre that has been published by the Armor Games game development studio for Android devices. Infectonator 3: Apocalypse is actually the third game in the series of popular and mega addictive Infectonator games. Infectonator 3: Apocalypse is a zombie themed game. But there is only one thing that most gamers agree on: there is no need for more games with a zombie rescue theme. Honestly, there are enough different zombie themed games and other zombie games have become stereotypes. Fortunately, despite the fact that Infectonator 3: Apocalypse is a zombie-themed game, it is still completely unique, and for once, it does not put you on the side of the good guys of the apocalypse, and on the contrary, puts you in the role of the bad guys. puts. Because your only goal in this game is to infect the whole world with a zombie virus. In addition, while the zombie theme has already been used in many games, Infectonator 3: Apocalypse is a combination of arcade, action, strategy, as well as adventure genres and offers the gameplay that has hitherto There was no similar. Thanks to the training section, learning the basics of the game is not a difficult task. The goal of each roll is to destroy humans as much as you can with your zombies. It sounds simple, but the point is that your zombies only survive for a limited time and then suddenly disappear – a logic that was perhaps much more interesting to the victims of horror movies. To infect any area, just infect a poor human with a zombie virus. Then the human who became a zombie does the same thing as expected and tries to eat other human brains. Part of the fun at the beginning of the game is watching the horror of humans from this event and the conversations between them. They know they are in danger, but they still do not understand the depth of the tragedy, which is interesting in its own way.

Each roll ends when either all humans or all zombies are destroyed. But Infectonator 3: ApocalypseIt does not allow you to sit idle for a long time and enjoy your craft. When the zombies are at work, you have to add fire to the zombies and increase the chaos, although your resources are limited. You also have to open or close the doors depending on the situation so that humans are trapped and suffer the terrible fate that awaits them or are released and their brains are eaten by zombies. You can use items such as grenades in the higher levels, where the situation is a bit confusing and to your detriment, and people are aware of the danger of the virus and use the armed forces of the police and the army to destroy the zombies. And destroy humans very quickly. It’s not as enjoyable as eating the brain, but it’s the trigger anyway. Your level of effectiveness is measured by two criteria: “local panic” and “global panic”. This means that if you procrastinate in infecting an area, the police and army forces and scientists who are building antivirus will reach you and make it difficult for you. So, to not let everything you spin get cotton, you have to go to your lab all the time and unlock new zombies with the money you earn by killing humans, power, ‌ speed, level of contamination, and characteristics Upgrade and increase other zombies, develop zombie DNA, and increase your chances of infecting different areas. All in all, there is a good chance that you will not be looking for another zombie-themed game. But rest assured, if you set aside your previous preconceptions, Infectonator 3: Apocalypse can bring you an enjoyable experience. After all, these days the effort to destroy humanity is not so in vain. Infectonator 3:It has a score of 4.0 out of 5.0 in the Android Market, and the Usroid teamintends to provide the original and modded version to you dear ones. Now you can download this game, which was previously tested by our team, for free from the bottom of the article.

Note: In the game mode version, gold and DNA increase instead of decreasing and all regulators are unlocked.

– Download the data file and decompress it. Copy the com.armorgames.infectonator3 folder to the Android / obb path of the device’s internal storage. 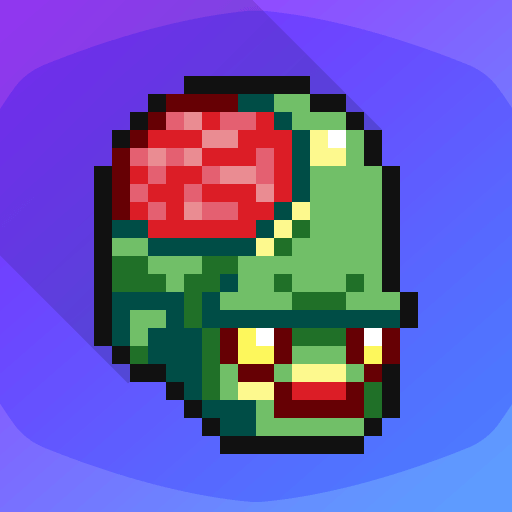