MONOPOLY Tycoon is the fifth official game of the Canadian studio Nvizzio Creations, Inc. It is made and designed for Android operating system in the form of a free game. This game has been released with in-app payment capabilities. The popular Monopoly series of games, produced by the British company Hasbro, are the most popular board games and urban simulators. This series of games has a long history and in turn is one of the first games made in the industry. Hasbro is one of the few big companies in the world of board games and more recently video games, which is now working with other companies such as Nvizzio Creations, Inc. Has started to make more games. MONOPOLY Tycoon is one of these games, the main shareholder of which has been Hasbro and responsible for its design for mobile devices with Nvizzio Creations. In this article from Usroid site, we intend to introduce the Android version of this beautiful and lovely game to you friends at the same time as its release, and present the latest official version along with an exclusive modded version for download. So if you are a fan of the series of monopoly games and board simulation style games, do not miss MONOPOLY Tycoon and stay tuned to Usroid.

MONOPOLY Tycoon is based on the collection of the same name, MONOPOLY, and has a similar but relatively different style. While all Monopoly-related games are predominantly multiplayer, MONOPOLY Tycoon has a relatively specific structure with new features. This game has a process of urban planning and individual development, rather than being competitive and multiplayer like other games in this franchise. In MONOPOLY Tycoon, you play the role of a capitalist businessman who has just come to a new city and intends to invest in this city. At first you only have a small part of the city. You need to develop and expand your small town with business and management strategies. Like all Tycoon games in Monopoly Capital, there is the ability to upgrade any part of the city to several levels. You can build different structures and manage each one separately. By starting the game, you can follow its educational section to get acquainted with its general process. Your task is to build and develop the city and help its citizens. At the same time, you can use various investments in different parts of the city and earn a lot of money. One of the most important features of MONOPOLY Tycoon game is the possibility of traveling to different and big cities of the world to invest in them! To download the latest version of this game, you can go to the Usroid download box. 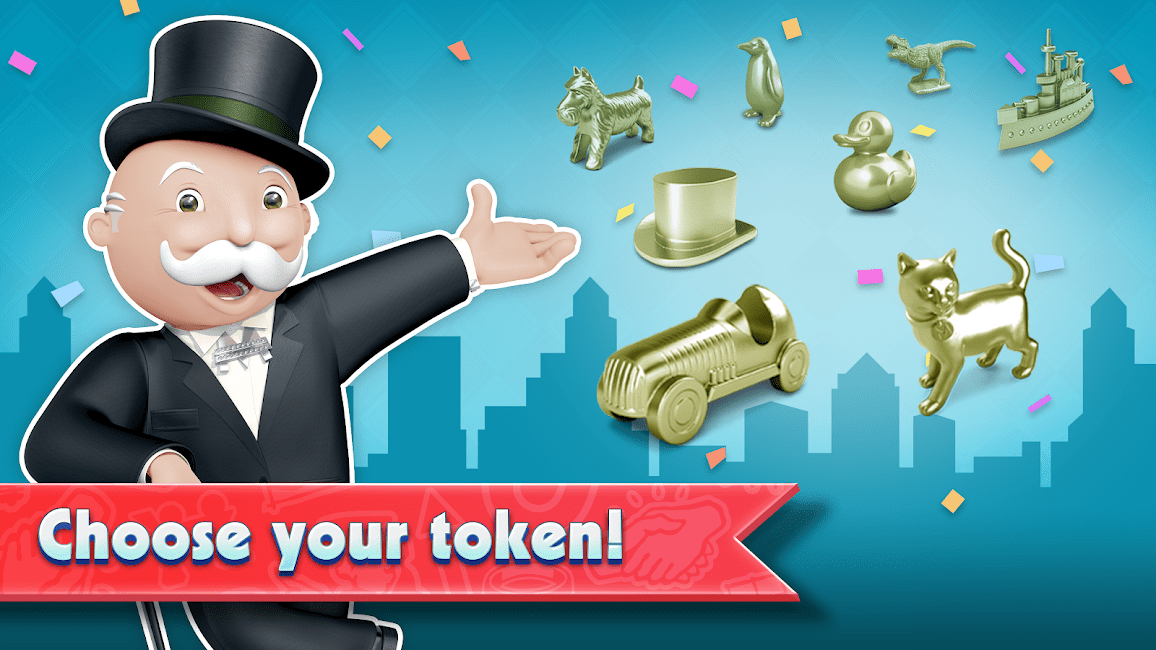 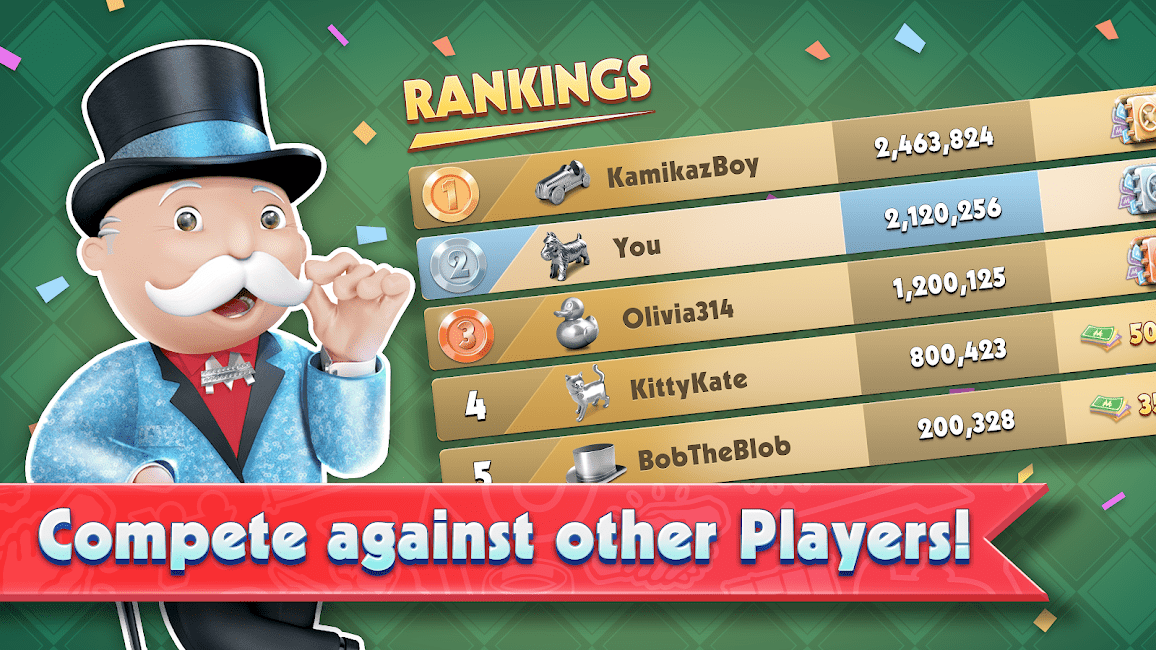 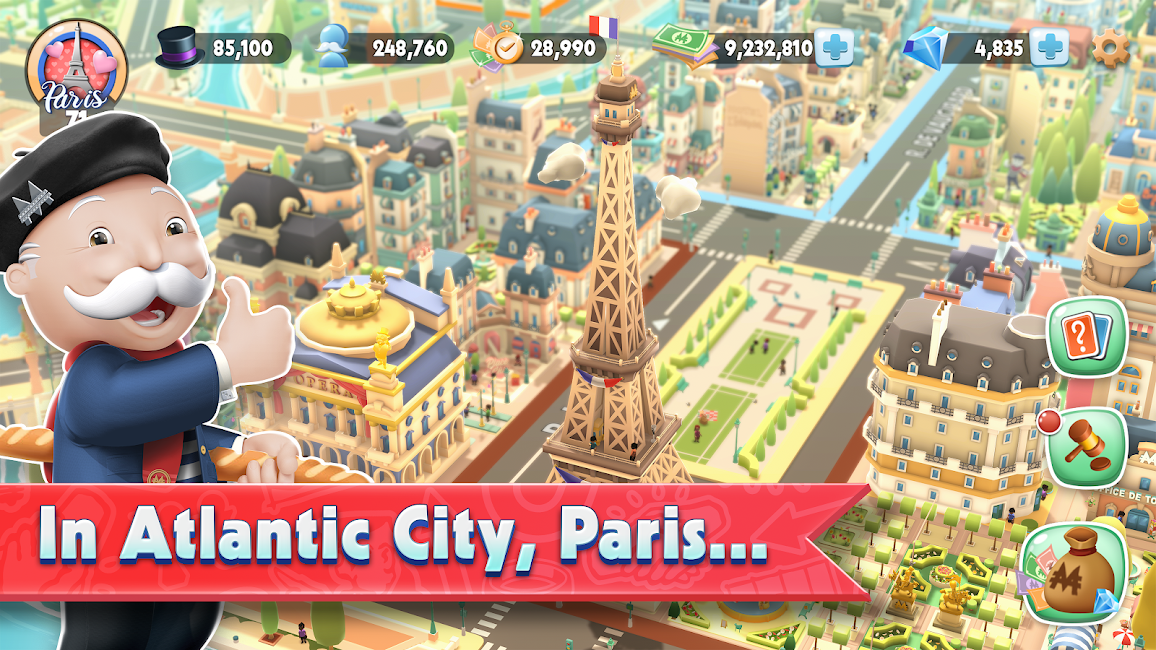 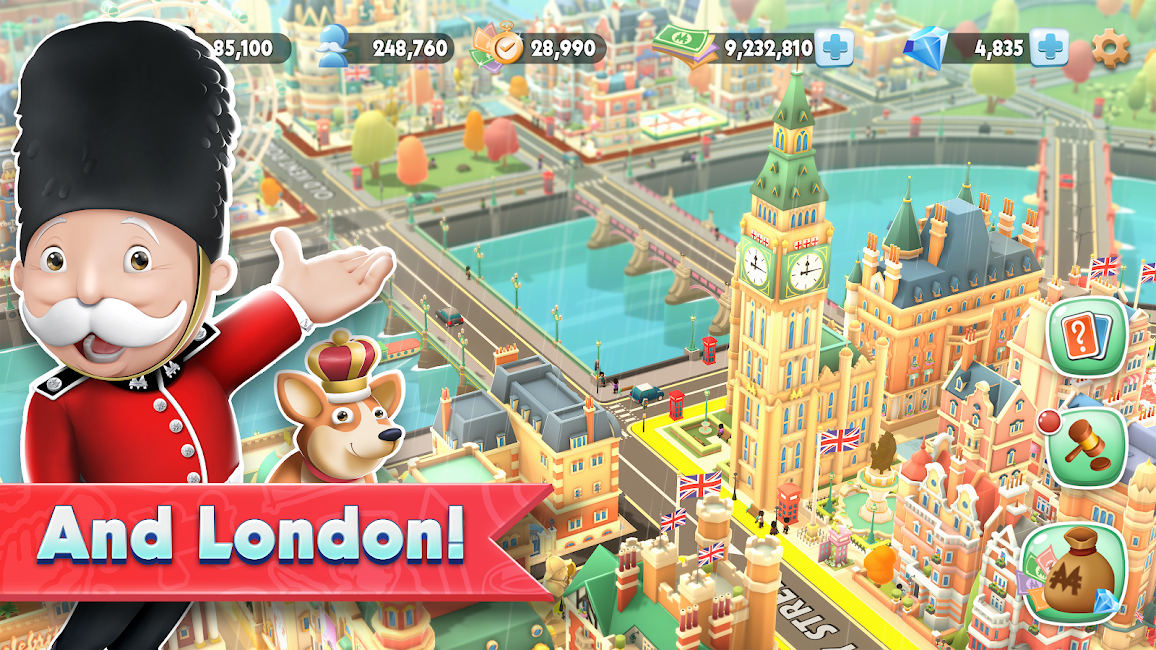 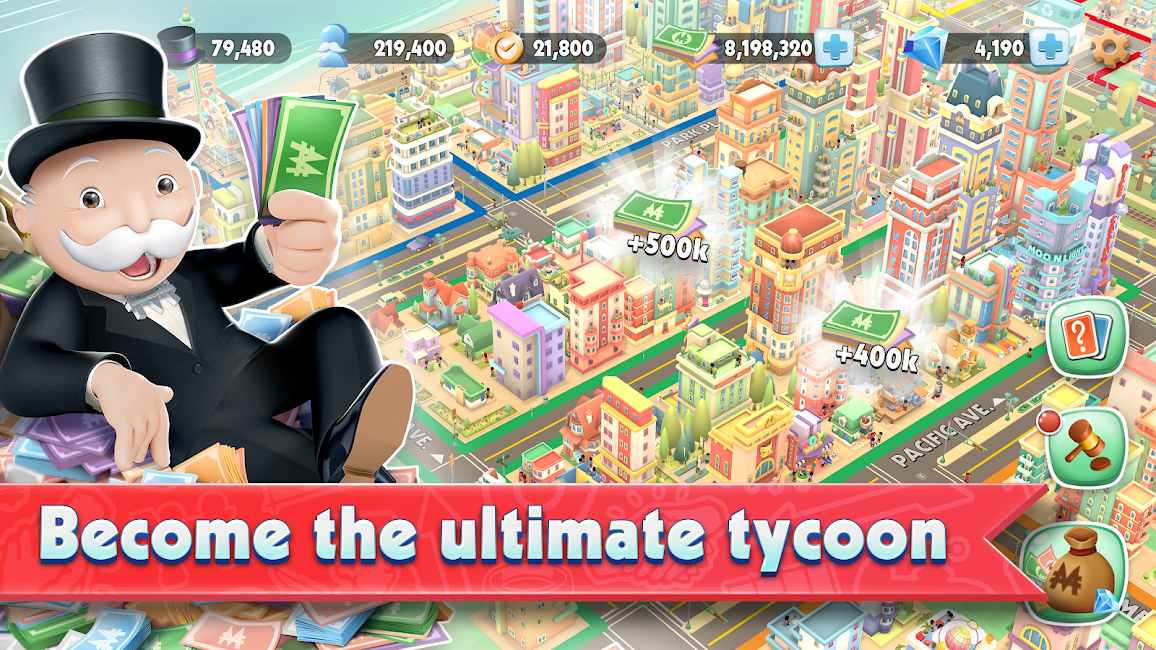 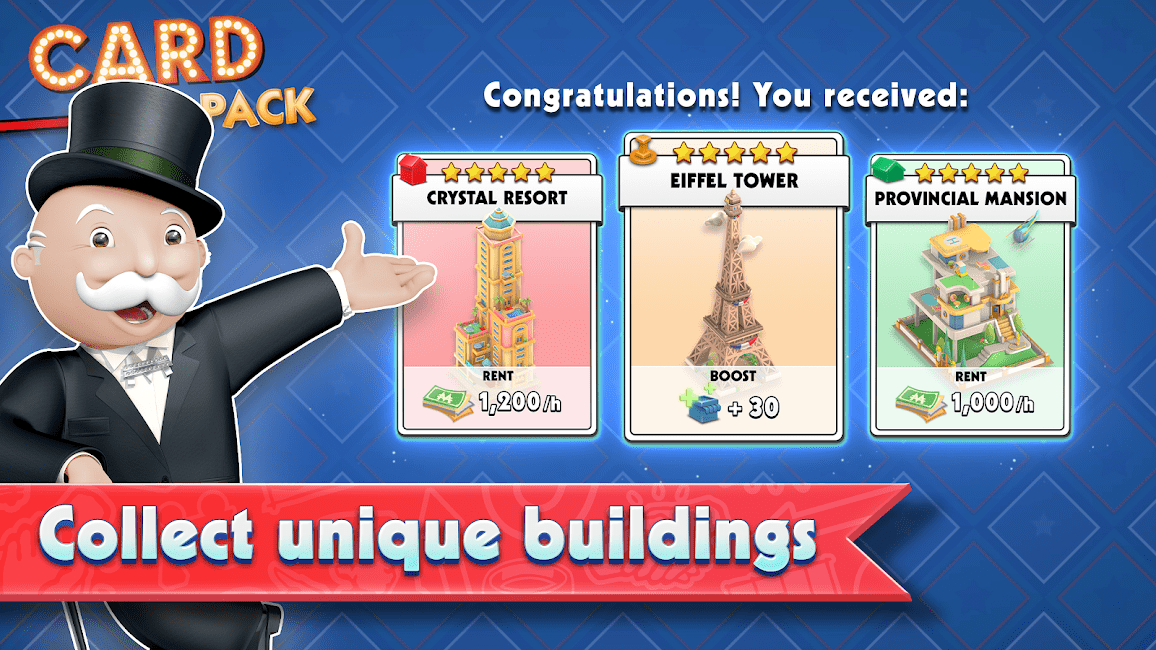