Moonrise Arena – Pixel Action RPG is the title of an interesting, well-made and entertaining action-role-playing RPG game that is free but with in-app payment from the Ukrainian studio Roika for the operating system. Android released. Usroid has once again and for the first time among all Iranian sites has offered this game for free download and tested at your service, dear ones, and invites fans of platformer and classic style games with nostalgic and pixel graphics. To download another interesting and memorable game from Usroid. In this game, which has a clichéd story, you are in the role of two hero characters in an imaginary and legendary world. The two characters are named Alice and Godric, and each has unique characteristics and abilities. According to the story of the game, the land where these heroes live is invaded by an army of evil creatures and the dead, and all parts of it are exposed to destruction by these monsters. But this land has these two epic heroes, and they are supposed to prevent the collapse of these lands and restore peace and tranquility to human beings by confronting the devil and his evil army.

In Moonrise Arena – Pixel Action RPG, you have to play the heroes of the game in an exciting and challenging title, alone against an army of demonic forces and destroy them all. You have a main weapon and besides it you can use side items and special forces against the enemies. According to the creator of the game, Moonrise Arena – Pixel Action RPG has 20 locations (Arena) and in fact 20 different stages, with each start, enemies enter the place through portals and attack you. Your main goal is to destroy each of these monsters with the help of weapons and special forces at your disposal. Your enemies are a variety of evil creatures, each with its own characteristics. Although the game designs are pixel and retro and it should also be said that this game lacks a lot of graphic details, but the fun and smooth gameplay of the game, despite its extremely simple appearance, can entertain your account. The game is developed from the front and with two-dimensional designs such as platformer style games, and its overall style is very similar to classic and arcade games. Apart from the main part, Moonrise Arena – Pixel Action RPG game has a separate and online part in the form of PvP in which you can compete with your friends or other online players around the world. Then you can download the latest version of this title as a test and with a modded version of Usroid servers and experience action and nostalgic game on your device. 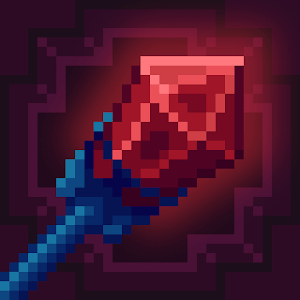 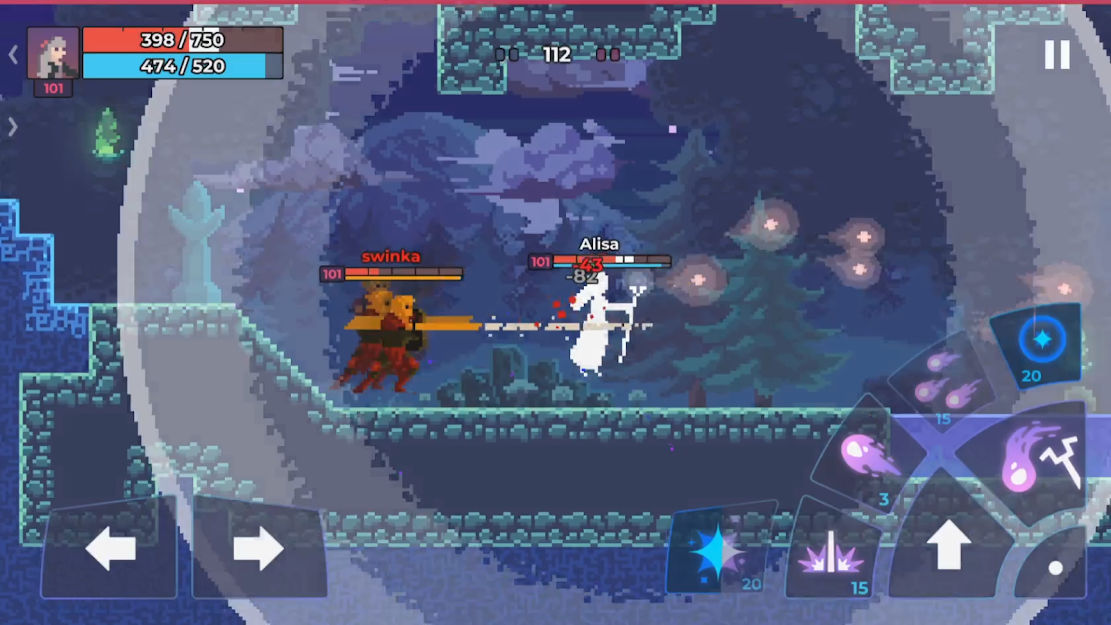 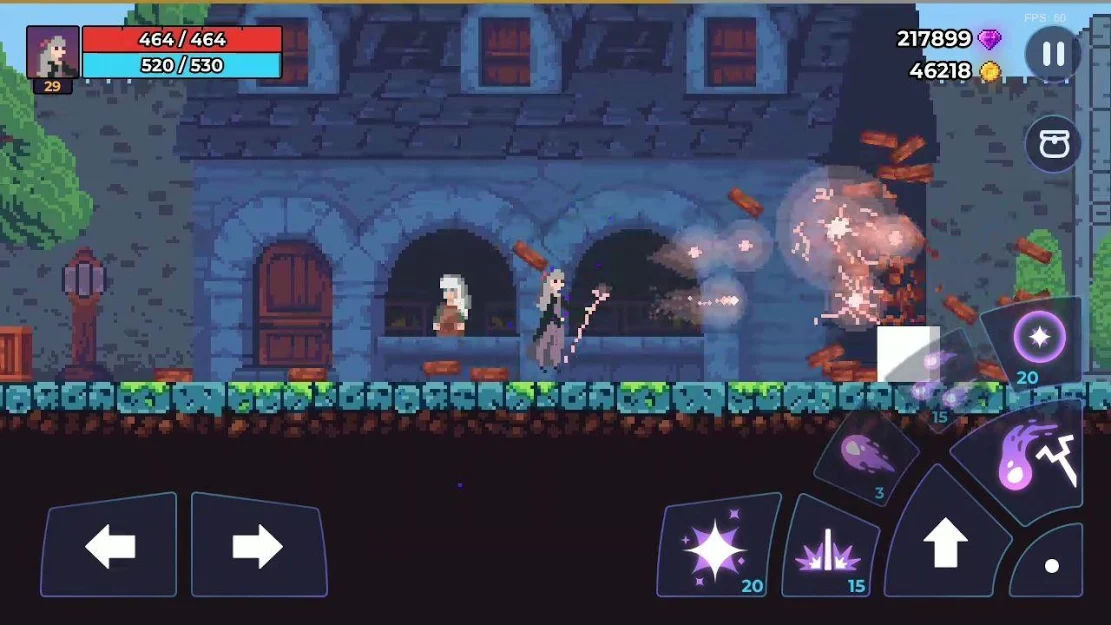 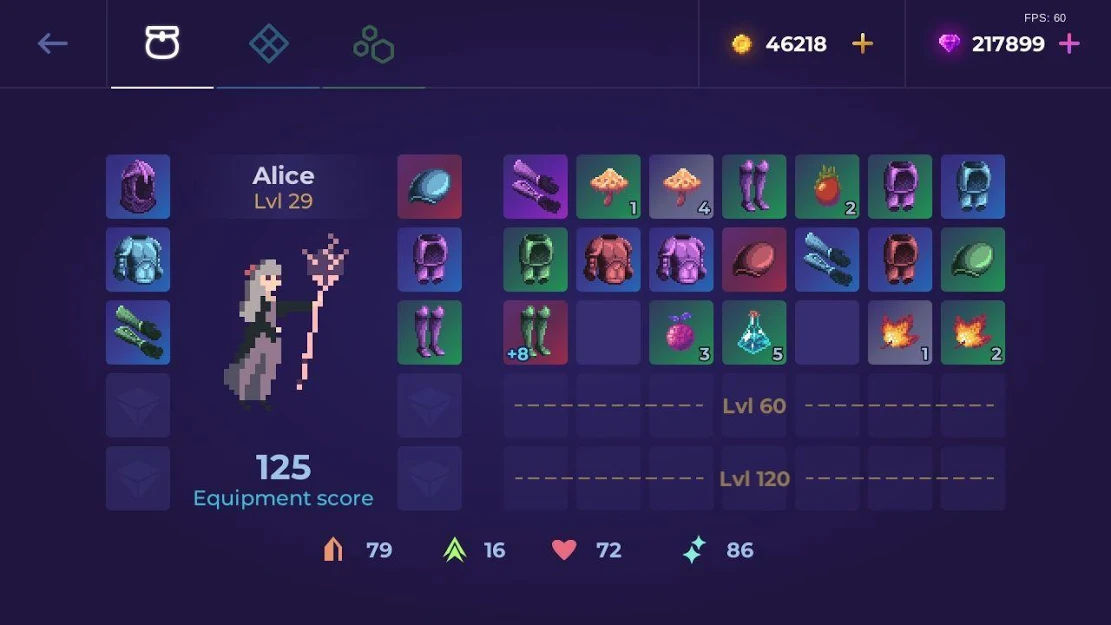 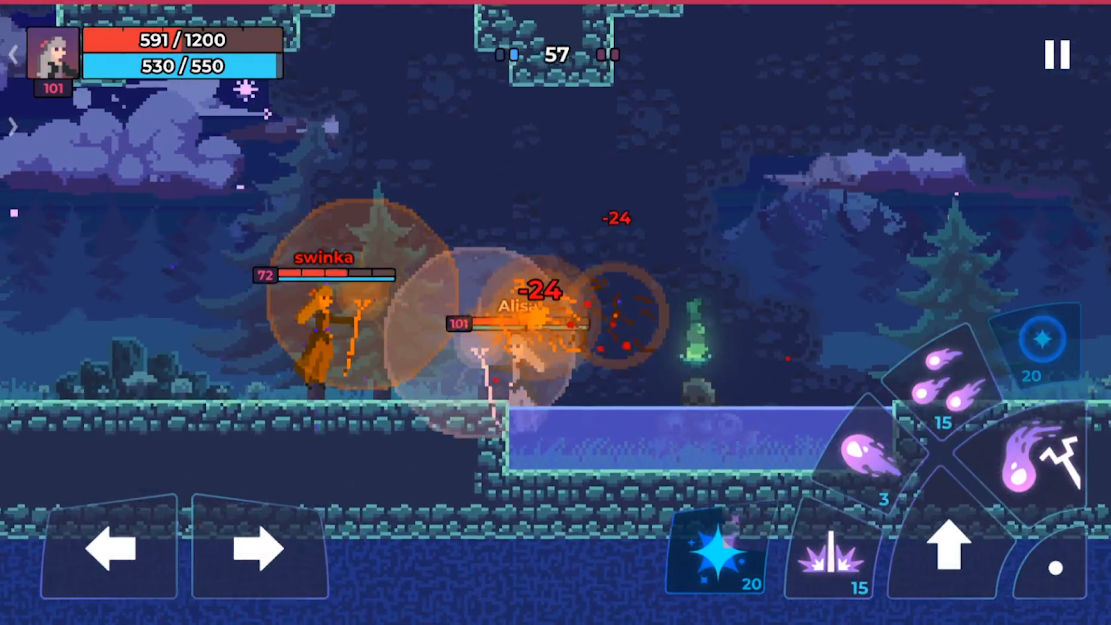 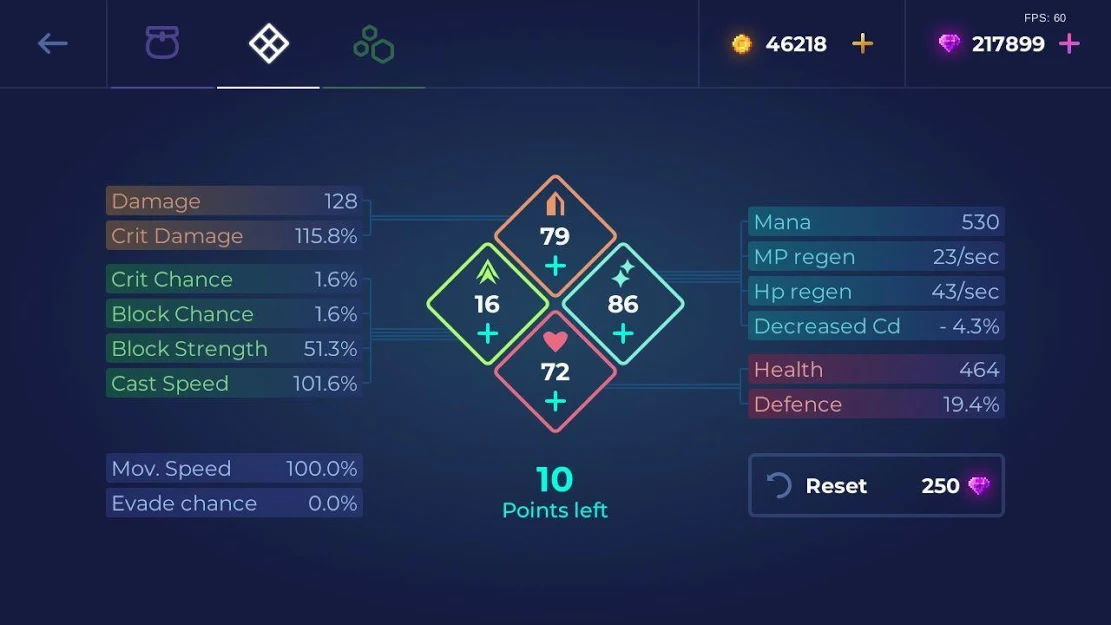 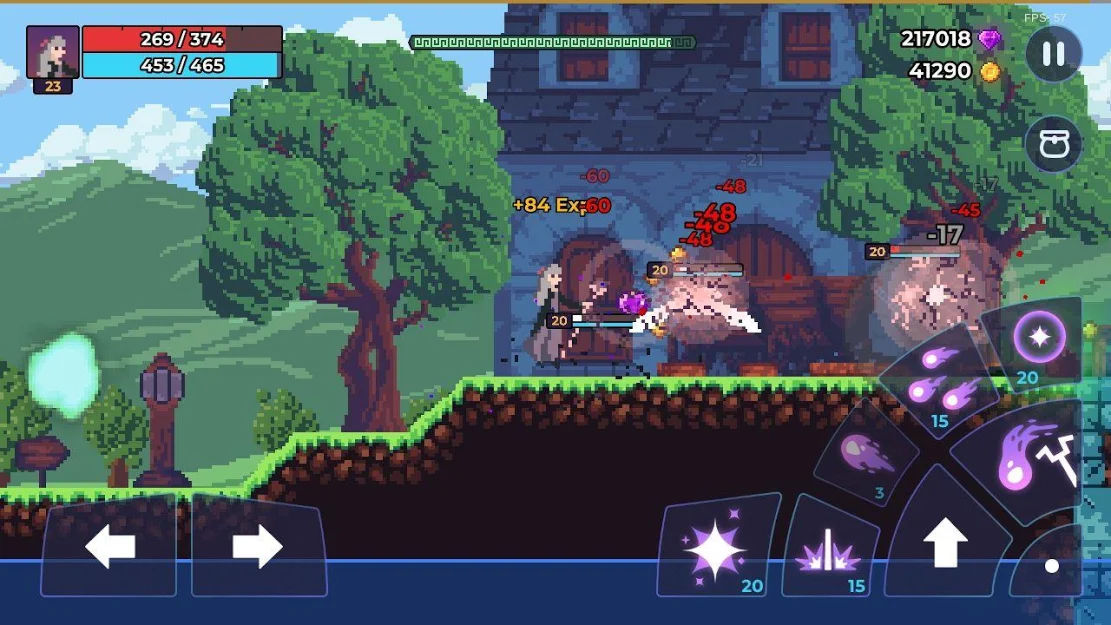 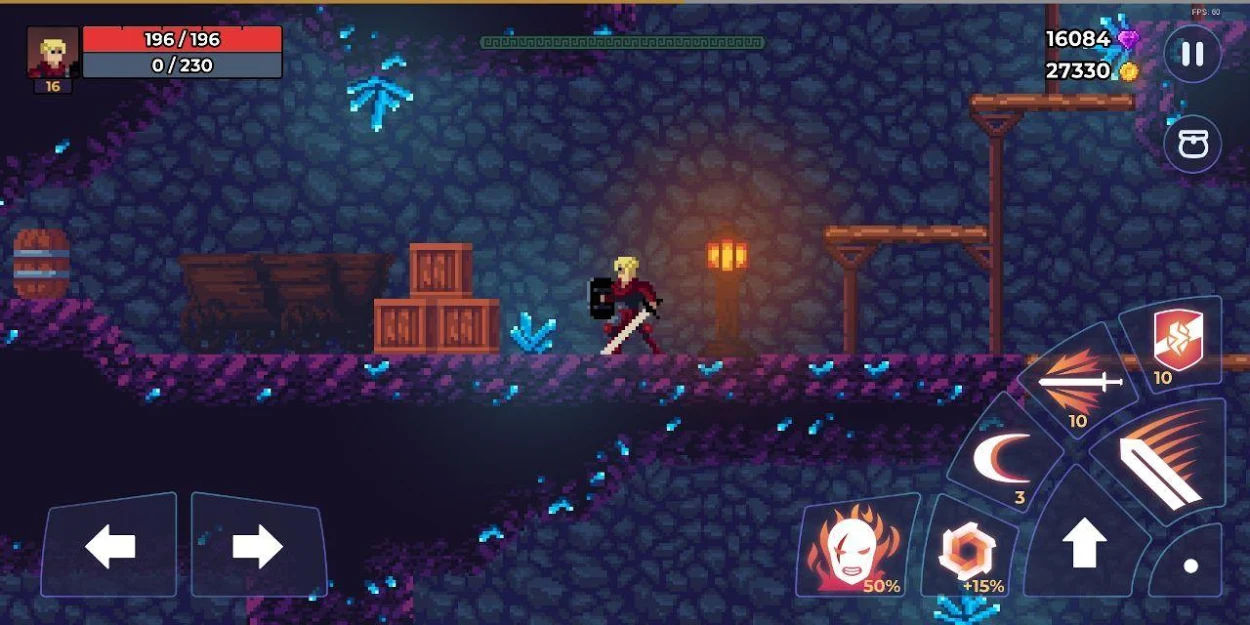 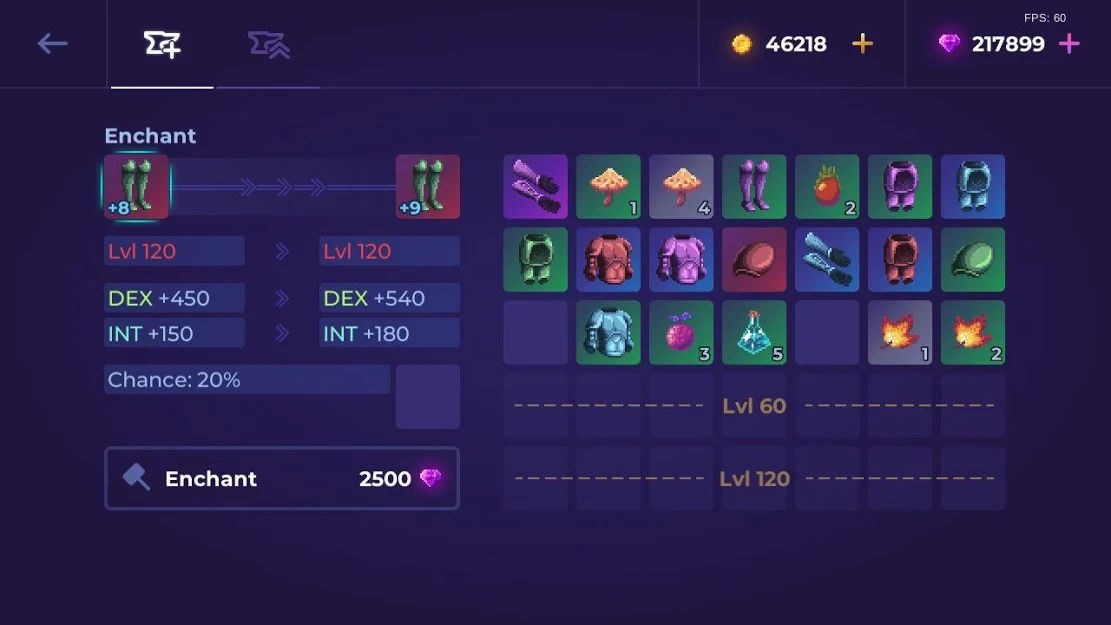