Royale Battleground – Royale Battleground is the name of an action-packed thriller from the fledgling Hyaena Games studio, the original nature of which has been copied from Battle Royale games, especially PUBG . This imitation is not only imitated in its process, shape and image, but even its cover and logo are imitated by Pabji. However, certain differences that this game has, such as its different gameplay style, make this game merely a copy of the name and appearance. This game with the full name of Royale Battleground – battle royale game has been published in various sources. Usroid is the first website among all Iranian sitesIs to introduce and publish this interesting and special game. Battle Royale is a relatively new game from the world of Battle Royale, just like its name. This time, unlike a common third-person game, you are faced with a more strategic game. Royale Battleground – battle royale game view from above and you have a wide view of the surroundings. Previously this model has styles in games like Stormer.io or Hole.ioWe had seen. Now, the same style and context of the games have been combined with the Battle Royale style, and the result is an interesting game. In this game, just like all Battle Royale style games, there is no news of one-on-one or group competitions. You are among a large number of other players and you are all on the same map. No player is friends with other players and they are all considered your enemies! So be prepared to face any threat at any time! Everyone you see on this map is your enemy. You have to have certain tactics to win these battles, otherwise you will be killed much sooner than you think.

In Royale Battleground – battle royale gameYou can play on a map with several other players at the same time. The main part of the game can be played offline and your opponents are all AI and robots. But they are smart enough to make it difficult and challenging for you, so it is best not to underestimate any of them. You can survive longer by secretly moving and trying to escape from rivals. You can also plunder their resources by taking enemies by surprise and destroying them. At the beginning of the game, no one has a firearm and all players have cold weapons such as baseball bats. As soon as the game starts, you have to search different parts of the map to find different items and discover weapons among them. Finding weapons makes it easier for you to destroy rivals. Do not forget that resources are limited and looting the resources of others will be one of your top priorities. Royale Battleground – battle royale game also has a separate online section where you can play with real players online this time. Of course, to unlock this section, you must reach a certain level. To reach this level, you can play offline to upgrade your character. In this game, there are dozens of different types of weapons and equipment that have made the game process very fun and competitive. This beautiful and exciting game can be tested right nowGet Usroid . Royale Battleground – battle royale game managed to score 4.0 out of 5.0 with more than 10,000 downloads in less than a month .

Note: The game mode version is not available at the moment – it will be available for download as soon as it is released. 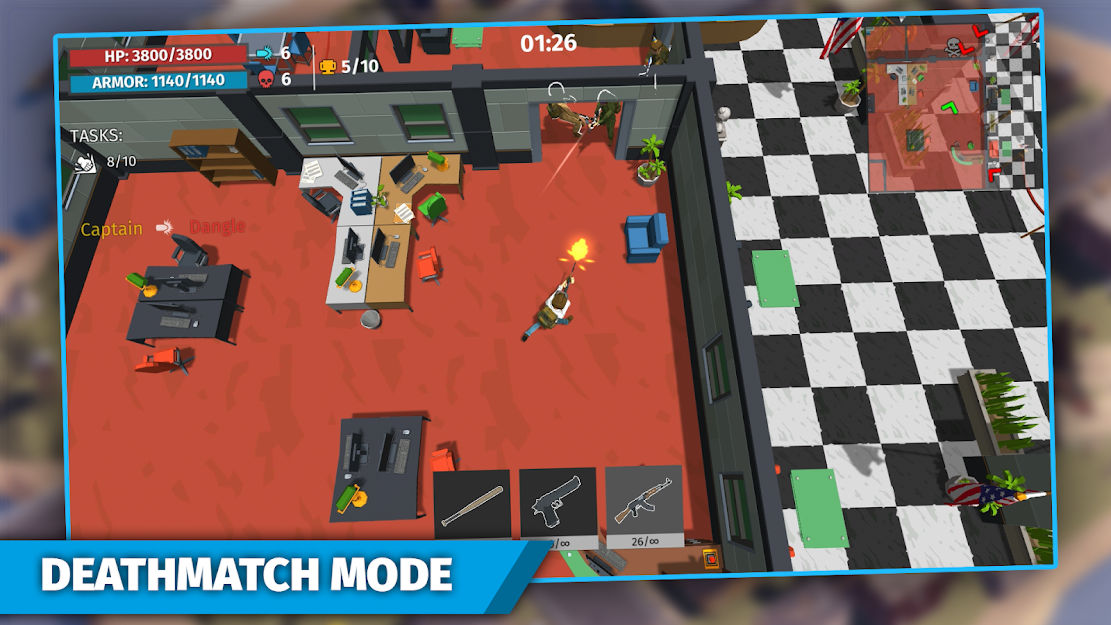 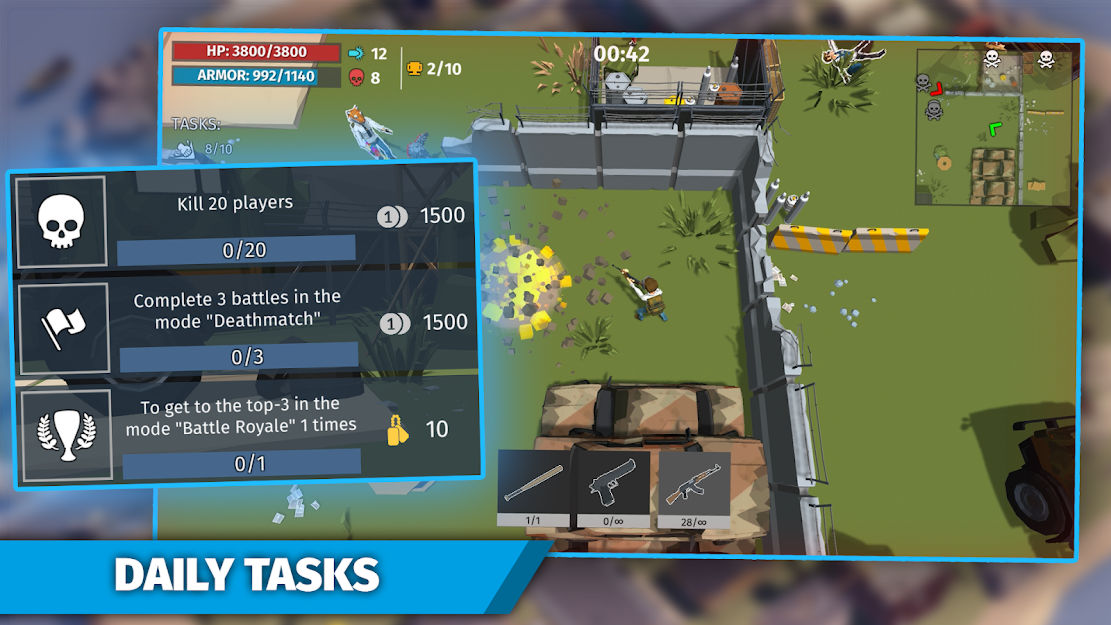 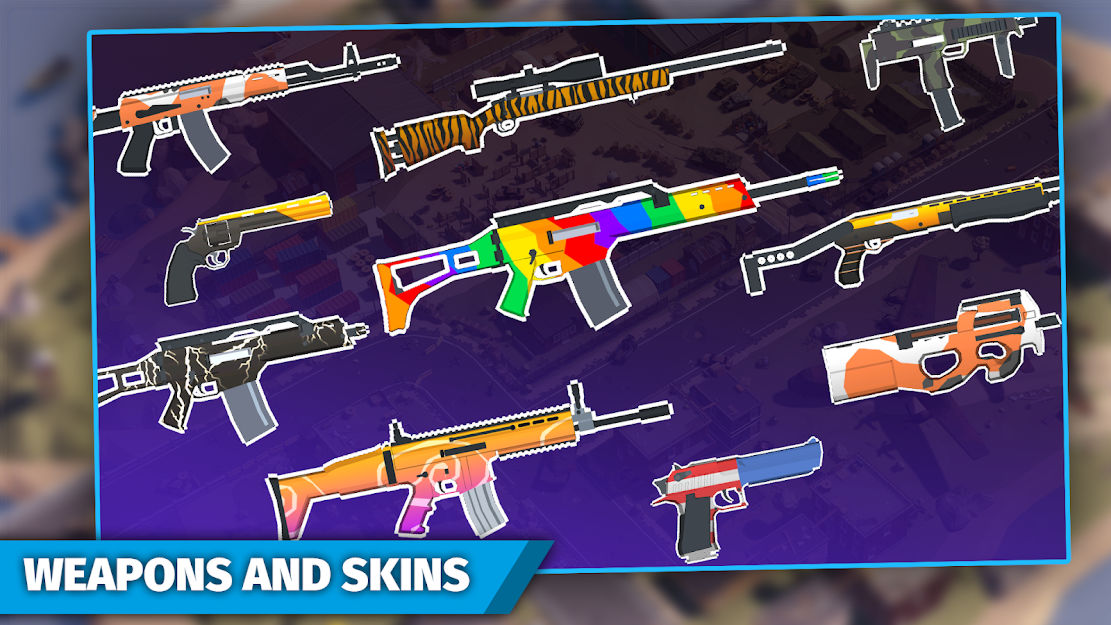 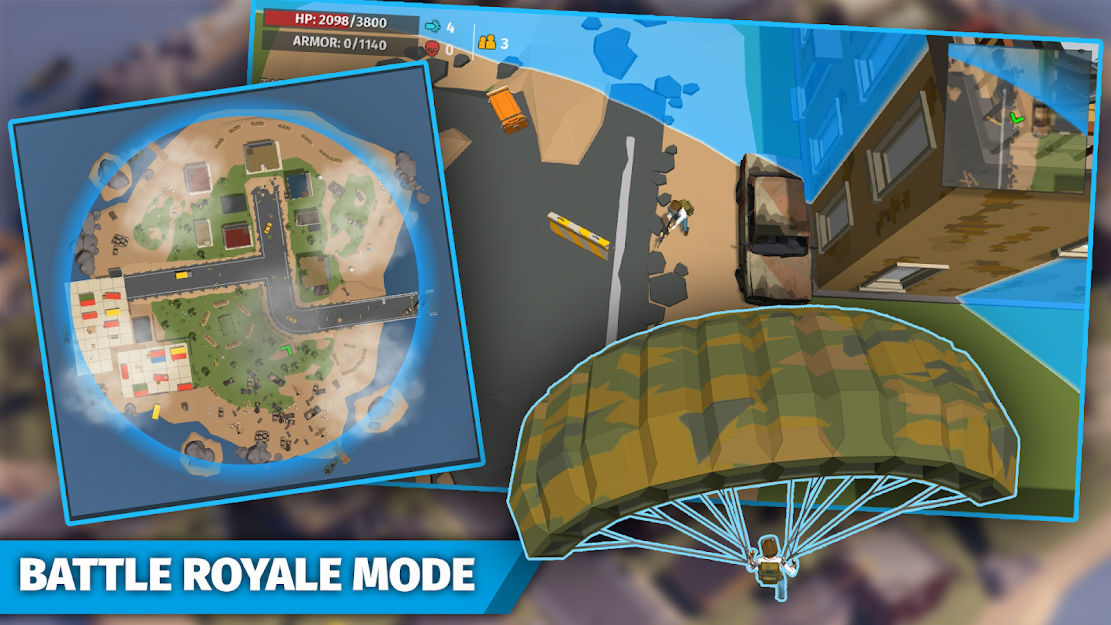