STAR WARS ™: KOTOR II v2.0.2 – Massive role-playing game “Star Wars: Knights of the Old Land 2” for Android,
purchased and the full version of the game for $ 14.99, presented to you
tested with offline performance

STAR WARS ™: KOTOR II is the second part of the entertaining and well-made franchise Star Wars: Knights of the Old Republic, the first part of which was released in December 2014 for the Android operating system and right after For 6 years, we have seen the release of the second part of the game in December 2020 for Android. The games were released for the PC platform in 2003 and 2004, respectively, and after a decade, BioWare, the developer and developer of the games, was responsible for remaking the mobile version of the games for Aspyr Media, Inc. Released them for Android and iOS operating systems. In another article from Usroid, the first part of the game, namely STAR WARS ™: KOTOR had introduced and released it, and now, after a few years, the second part has finally been finally published, and in this article, we intend to introduce the latest official and complete version for you dear ones. While the first installment was priced at $ 9.99 on Google Play, the second installment, STAR WARS ™: KOTOR II, is on sale for $ 14.99, up $ 5. Usroid has prepared and reviewed the most complete final version of this game as soon as it was released, and now it has prepared the latest official and tested version for you friends and fans of adventure and role-playing games.

Game STAR WARS ™: KOTOR II is a sequel to the first part of the game. According to the story of the game, the story of the second part is related to 5 years after the events of the first part. The great enemies of the Jedi, the Sith Lords, have taken control of more parts of the galaxy and become more powerful. Separate forces in most parts of the galaxy have been defeated by enemy forces and the conditions for separate knights are not favorable. Separate enemies decide to get rid of the separatists once and for all, so they have concentrated all their forces on fighting and overcoming these knights. You are in the role of the only remaining member of the resistance. While the enemy thinks that he has won this battle, you enter the battlefield and decide to once again gather the scattered forces of resistance (Force) and form a group to confront the enemy. STAR WARS ™: KOTOR II game has a special charm in the story section. Your decisions in this game determine the outcome of the story. These decisions can affect not only the main character of the game, but also other characters, friends and the whole main story of the game. So making the right choices is one of the most important parts of the Star Wars game: The Knights of Old Land 2. The style and context of the gameplay is of the role-playing titles and from the third person view. The game is designed as an open world and you can move freely in different directions and interact with various items. Since this game is just a remake of the original version, it can not be said that this game is a very professional graphic title. However, the 3D modeling and optimized graphics of the game, which can be run and processed at 60 frames per second, bring you a very entertaining experience of a high-level mobile game. If you are a fan of RPG and adventure games and enjoy science fiction, especially the famous Star Wars movie series, STAR WARS ™: KOTOR II can be a fun and attractive option for you. To download this game, you can go to the Usroid box download section and download the latest paid version for free and exclusively from Download Usroid .

– Download the data file and decompress it. Copy the com.aspyr.swkotorii folder to the Android / obb path of the device’s internal storage. 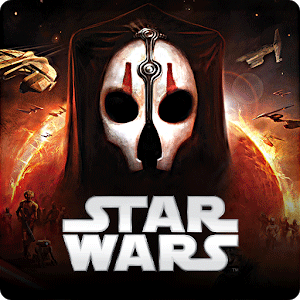 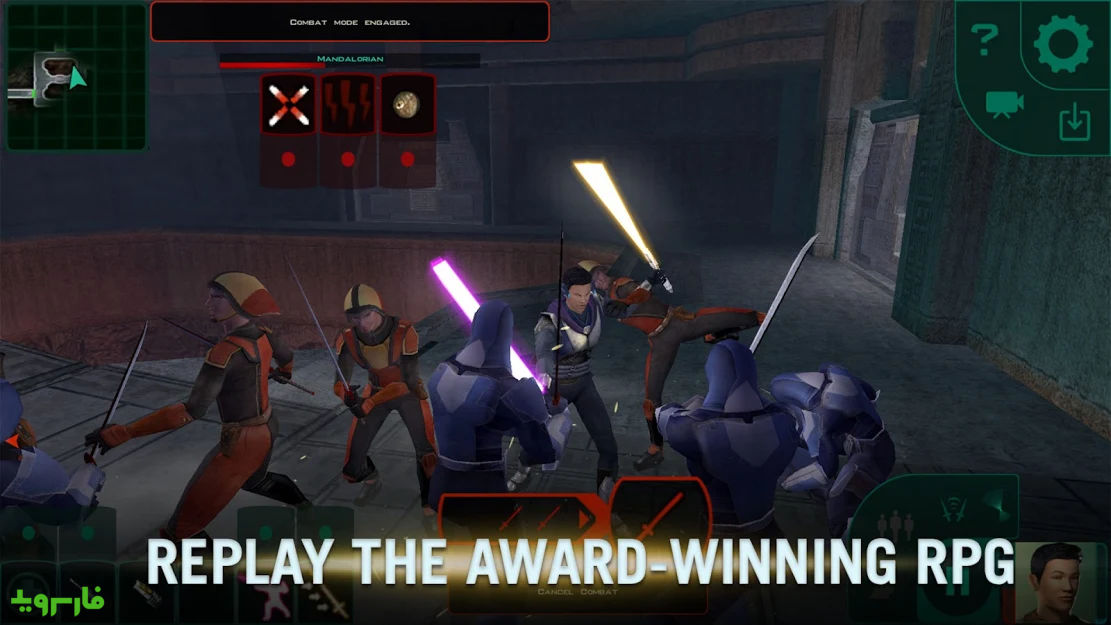 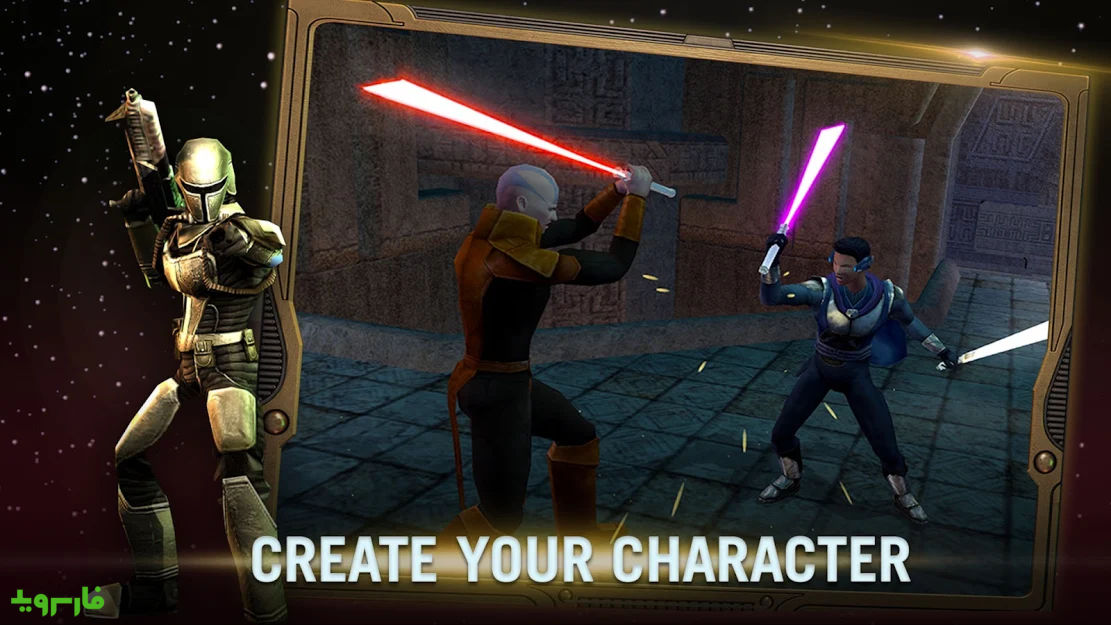 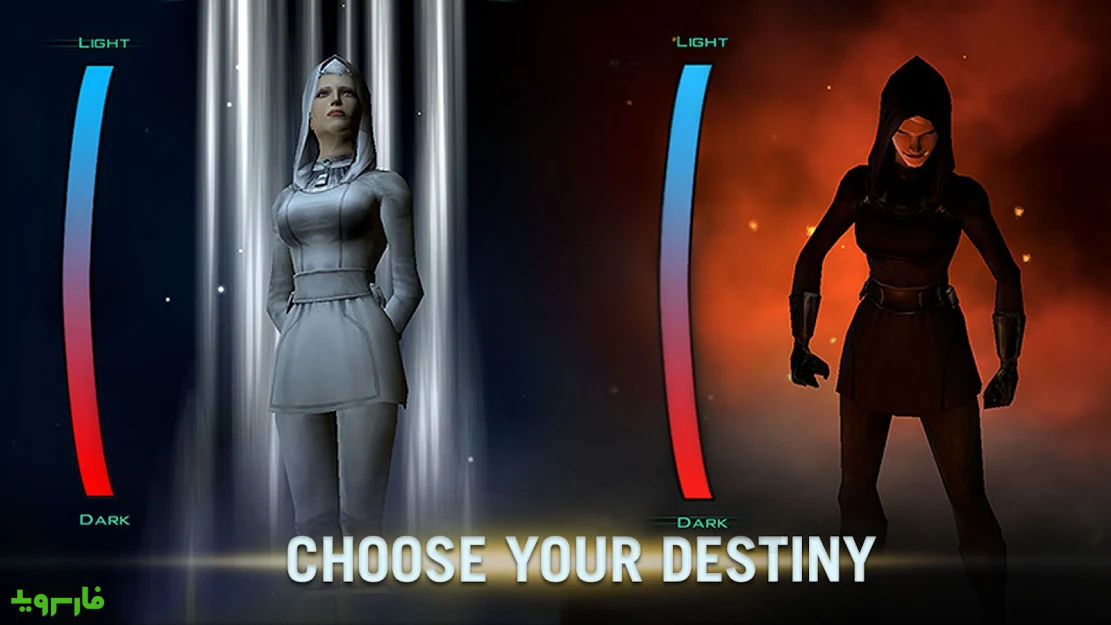 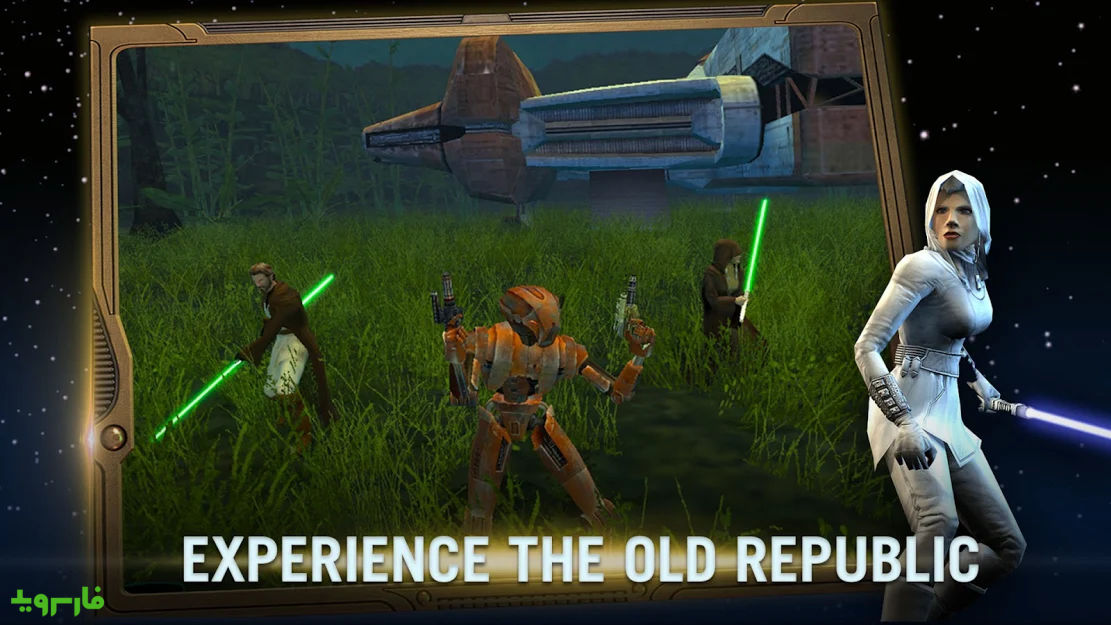 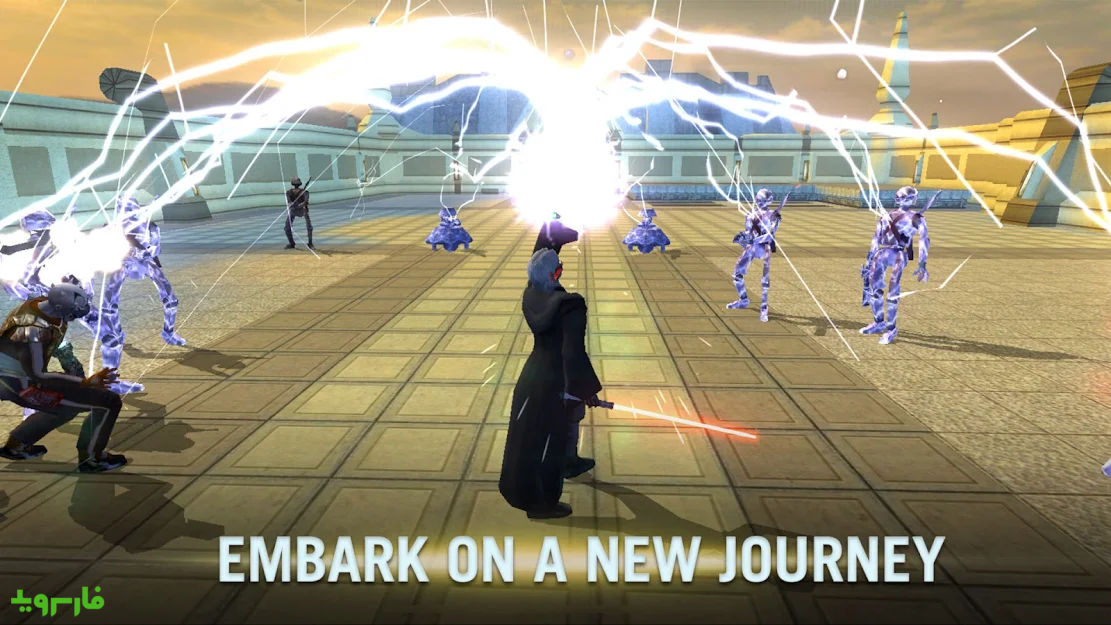