Stratego Battle Cards v1.11.02 – Strategic and interesting game to conquer the Android flag + trailer,
full version and purchased for $ 1, presented to you,
tested with offline execution

Stratego Battle Cards – Flag Battle Cards is another series of Stratego games produced by the Dutch studio Youda Games Holding BV, which, unlike the other two versions of this series of games, is made in a card style. Some time ago, we introduced the single-player and strategic version of Stratego Single Player game in Usroid at your service, dear ones, and now, at your request.We have also prepared a card version of this game and provided it for download. The Stratigo series of games have been published in a style known in Iran as “conquering the flag”. The original version of the game is single player, but Youda Games Studio has also developed a multiplayer version of it. In addition to these two versions, the game company has also produced a different card version. In this article, we intend to introduce the card version of these games, which has been published as Stratego Battle Cards. The whole game and how to do it is very similar to the original version. The main difference between Stratego Battle Cards and Stratego Single Player is summarized in terms of gameplay and the few limitations that exist in the card version. This means that the main principles of the game in Stratego Battle Cards are still based on your strategic decisions. In this game you are in front of a rival and each of you randomly has cards of soldiers, guards, generals, captains, spies and other people, each of which has its own characteristics and of course advantages over the cards. They have others. You must use these cards in the stages of the game to push your opponent back and defeat. To fully learn this game, a few hands are required to perform it; Because you need a little time to get acquainted with all the cards and different points of the game.

Game Stratego Battle Cards has two main parts Single (against AI) or double (playing on one device and played for times) is. To win these competitions, you must use different tactics and thoughtful strategies. If you play the cards regardless of them, you will fail very soon. In the single player section, you can adjust the difficulty level of the game’s artificial intelligence so that if you are new, you can learn the game in easier conditions. But the high level of professionalism of the game will definitely challenge you. Stratego Battle Cards is completely offline and does not require internet. The first version of this game was purchased and downloaded more than 500 times on Google Play in a short period of time. Also, the score obtained from it so far is a score of 3.5 out of 5.0is. If you want to download this game, you can easily download the tested and final version of the game, which is offered for $ 1, for free from Usroid high-speed servers . 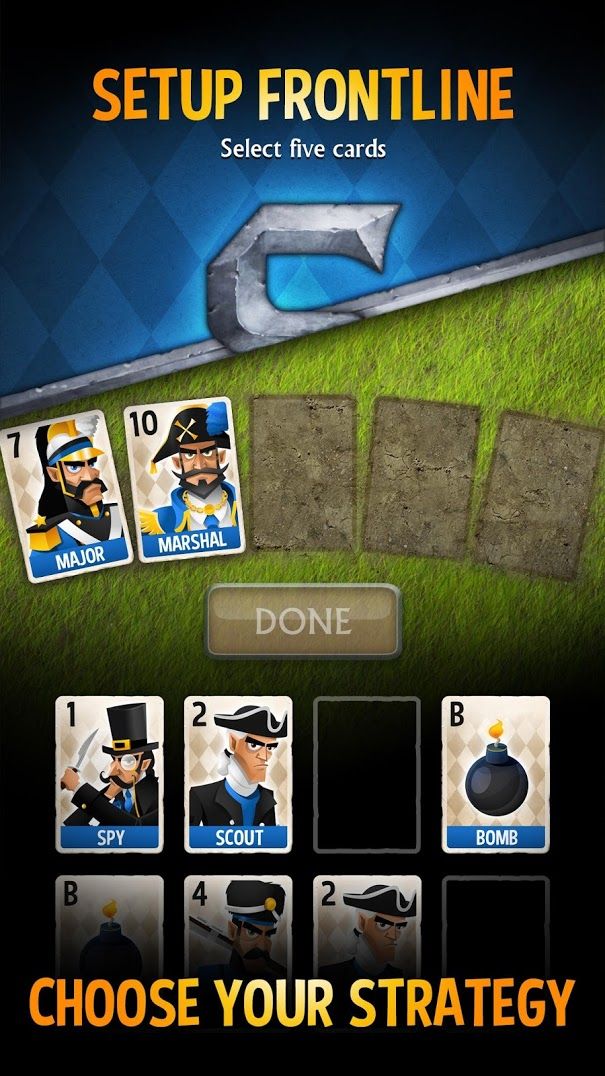 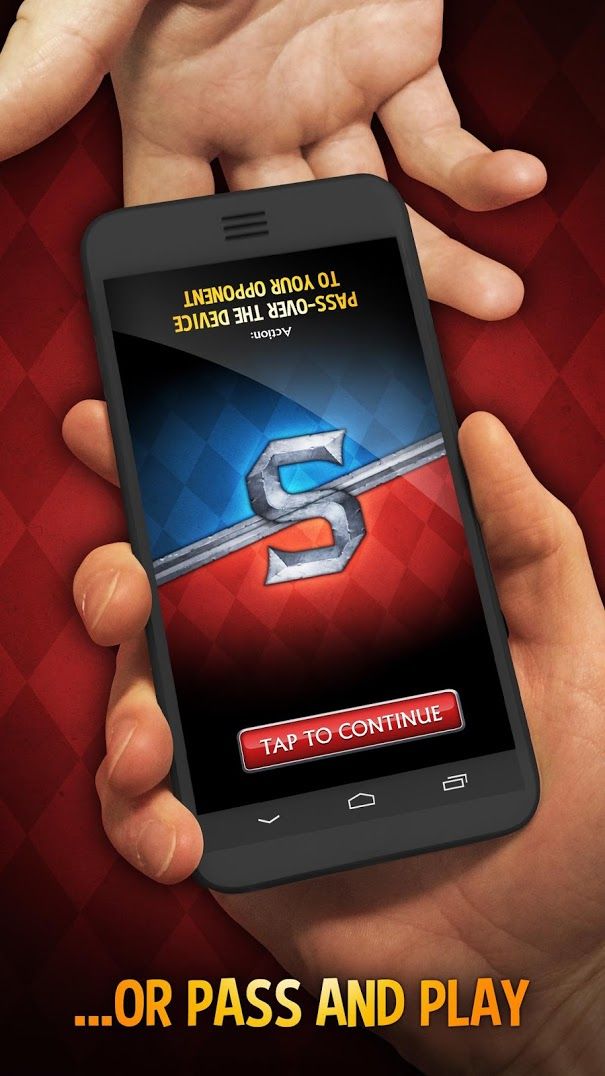 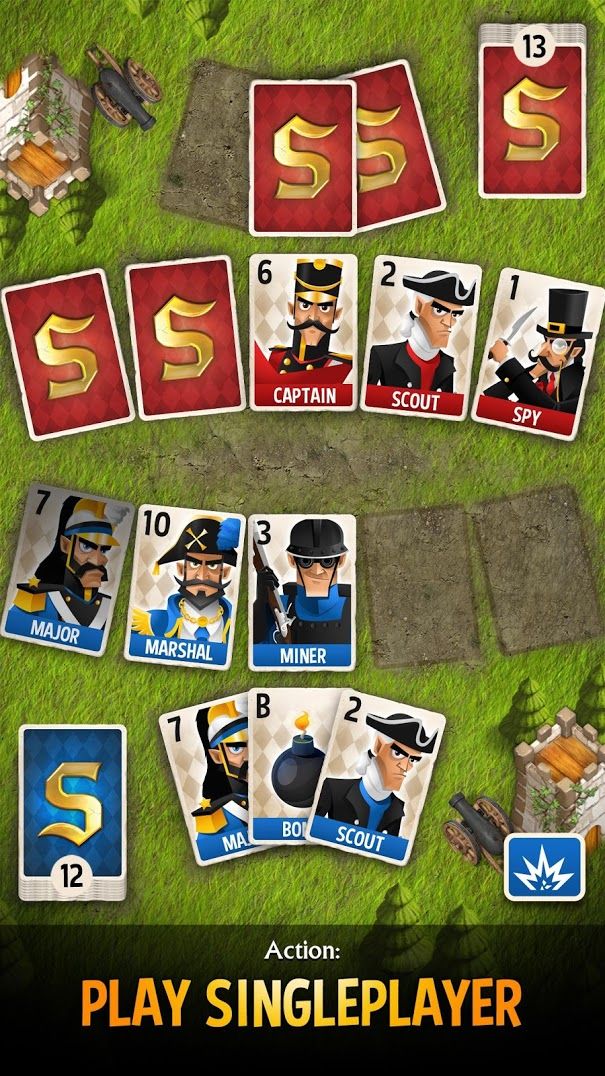 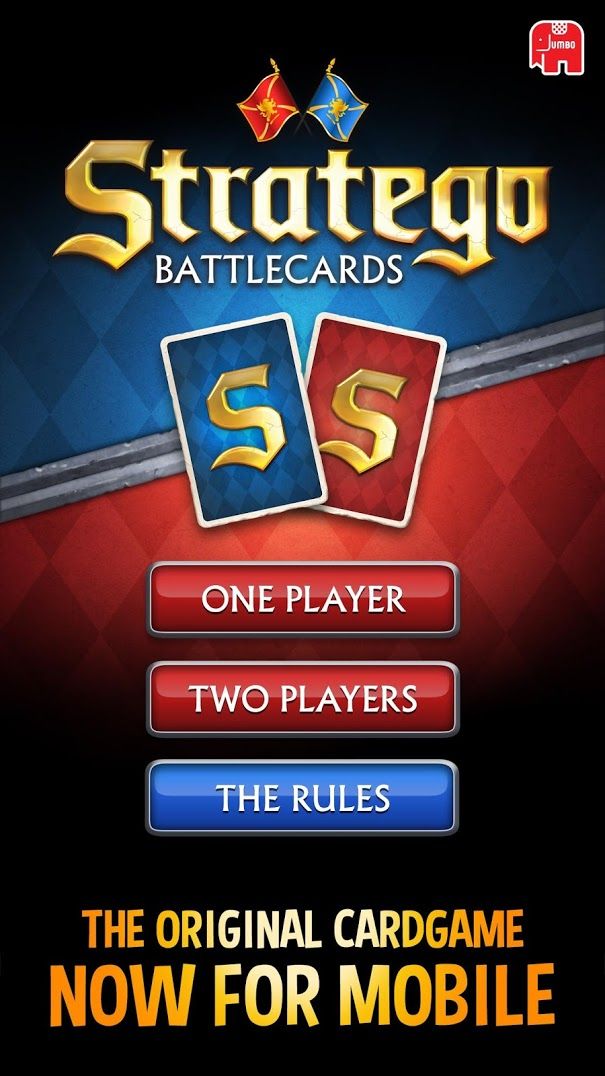