Wind Wings: Space Shooter – Stormy Wings: The space fighter released by the full name Wind Wings: Space Shooter – Galaxy Attack is a fun arcade game in the style of classic and retro Space Shooter games. VC Gaming Company Vietnam was responsible for the development, development and publication of this game. Storm Wings game is provided completely free with the possibility of in-app purchase for the Android operating system. We have also prepared this game in two regular and modded versions with Unlimited money and we are ready to download it for your dear ones. In other contents of Usroid site, you can download many games from GCenter studio, including  Strategy – Galaxy glow defense , Tower Defense: Alien War TD 2 or Defense Legend 3: Future War for free. As it is clear in the mentioned games, this studio has shown that it is very interested in tower defense style games and has offered several titles in this style so far. But in this article, we are going to introduce a different game from this studio at your service. An interesting game that is not like other GCenter games in the style of strategy and tower defense. Our favorite game is Wind Wings: Space Shooter – Galaxy Attack is an arcade game of the classic Shoot’em up style, which although dozens of similar versions have been produced to date, but with all these interpretations, this game is a very exciting title. Motivational and lovely. In this game, despite its very simple appearance, you are faced with an epic and legendary story. You are in the role of a veteran soldier who inadvertently travels in time and goes to the future. In the future, he sees, humans have been able to build advanced spacecraft to explore distant planets. He, who is interested in these stories, goes to space with a group of people. After entering space, a huge army of space creatures and aliens will be in their path. Your good performance will make you the commander-in-chief of this spacecraft and do your best to face the enemies!

Wind Wings: Space Shooter – Galaxy Attack provides you with an exciting experience of a heroic title in the form of a Space Shooter style game. In the role of the main character of the game and the commander of these spaceships, go to battle with the enemies and their army and do not let the space creatures be able to cross your defensive barrier and reach the ground to destroy it! Usroid offers a regular version along with the modded version of this game, invites you to download it for free from the site’s high-speed servers. 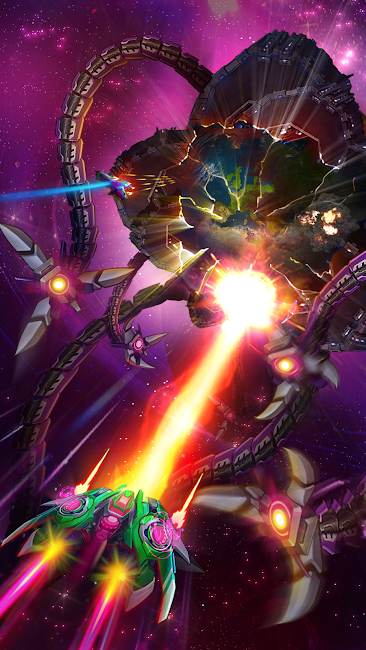 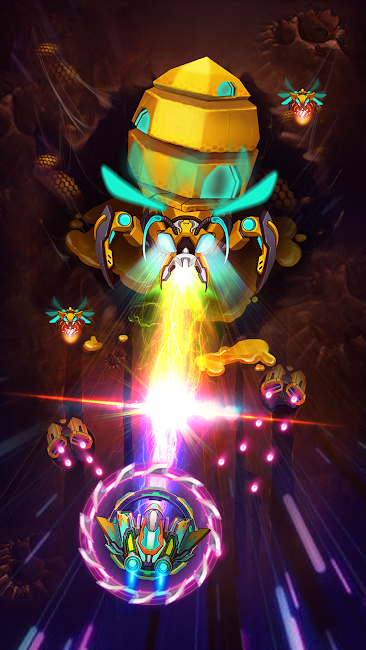 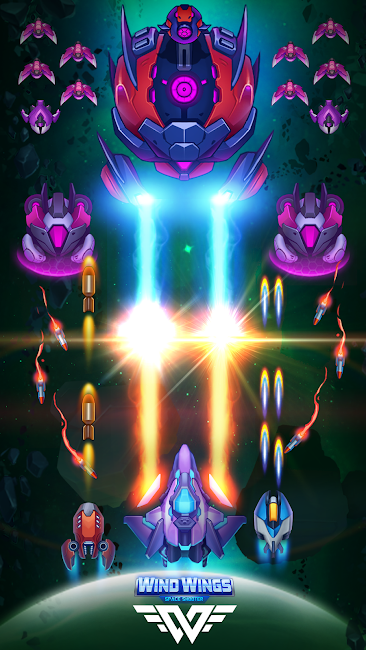 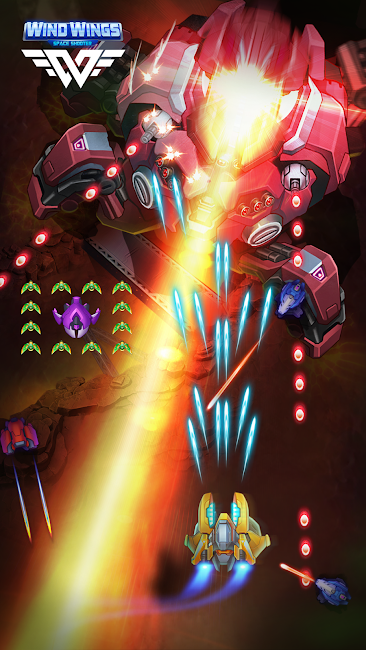