Angry Birds Legends is the first game released from the Angry Birds series in 2020, produced and produced by the well-known Finnish company Rovio Entertainment Corporation, and as soon as the final version is released on Google Play, Usroid has prepared this game and introduced it to your service, dear ones, after the necessary reviews. We are all well acquainted with the popular Angry Birds game series, which is now more than 10 years old since its first release. The Angry Birds game series was one of the first Android games, the first part of which was released in 2009. At that time, this interesting idea of ​​this game turned the simple title Angry Birds into a revolutionary brand and franchise, so that after a decade of its release and the release of dozens of games from this series, Angry Birds games are close to Downloaded billions of times worldwide! This incredible number has made this game not only one of the most popular mobile games, but also one of the most popular games in history! This popularity led Rovio to create a series of other games in the series and to display the popular characters that were introduced from the first game in various forms in new games. The Angry Birds series has had dozens of main and sub-versions (Spin-off) to date, and Angry Birds Legends is the 27th official game of the company, including all the games offered in this franchise. The turn is very remarkable and strange! It is interesting to know that in addition to these 27 games, at least 7 other projects in this series of games are under construction and have been stopped for various reasons.

Angry Birds Legends game is made and developed in a style similar to Angry Birds Fight and Angry Birds Epic games, and just like these games, its main style is role-playing games (Role Playing). But the main difference between Angry Birds Legends and the mentioned games is its approach and overall gameplay. Although the style of the game is RPG, but the elements of card games can be seen in this title and you, like card games, must form a team of heroes and go to battle with enemies with different cards. In Angry Birds Legends, there are the same usual and popular characters of this series along with new characters. In the role of Red and his friends, you have to face their constant enemies, the green pigs and the wizards, in a fantasy world. As we mentioned, the game is in the form of a card and your forces can be collected in the form of different characters in a team. Once you have formed your team, you can enter the fight. The battles are in turn and when it is your turn to attack the enemies, you have to choose your offensive move by setting a target as well as the desired card. Each character may have specific abilities, each of which is present in one type of card. The attractive feature of Angry Birds Legends is the ability to combine the same cards. By doing this, you can strengthen a special skill and make a special force out of it! All these things will be taught to you in the initial part of the game. Angry Birds Legends game is now tested and ready to download for free, and you can easily download it from Usroid .

– Download the data file and decompress it. Copy the com.rovio.ablegends folder to the Android / obb path of the device’s internal storage. 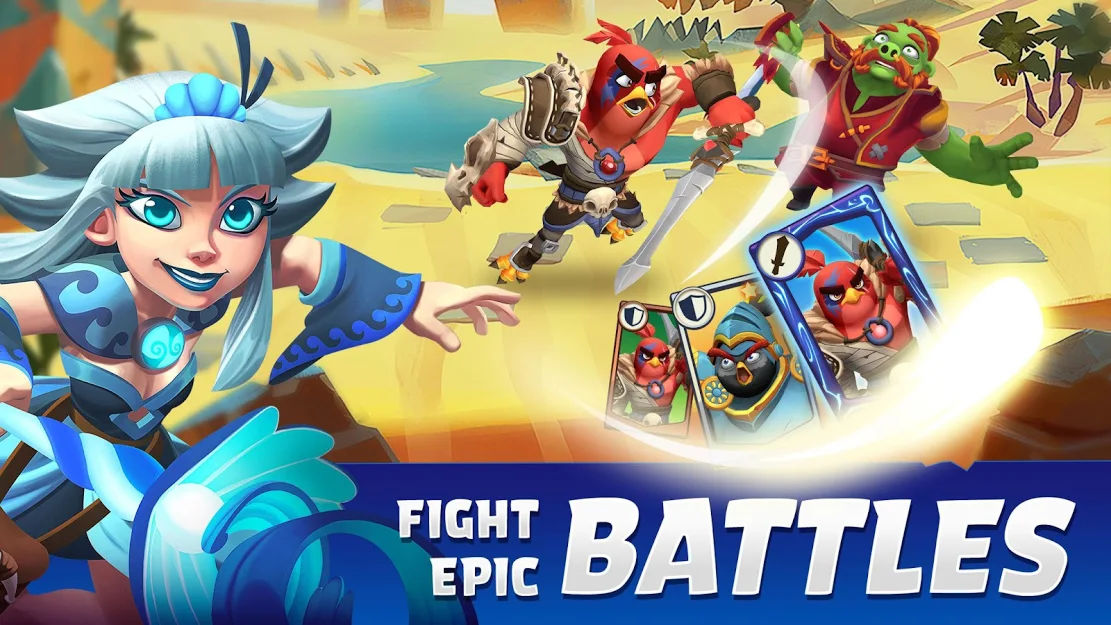 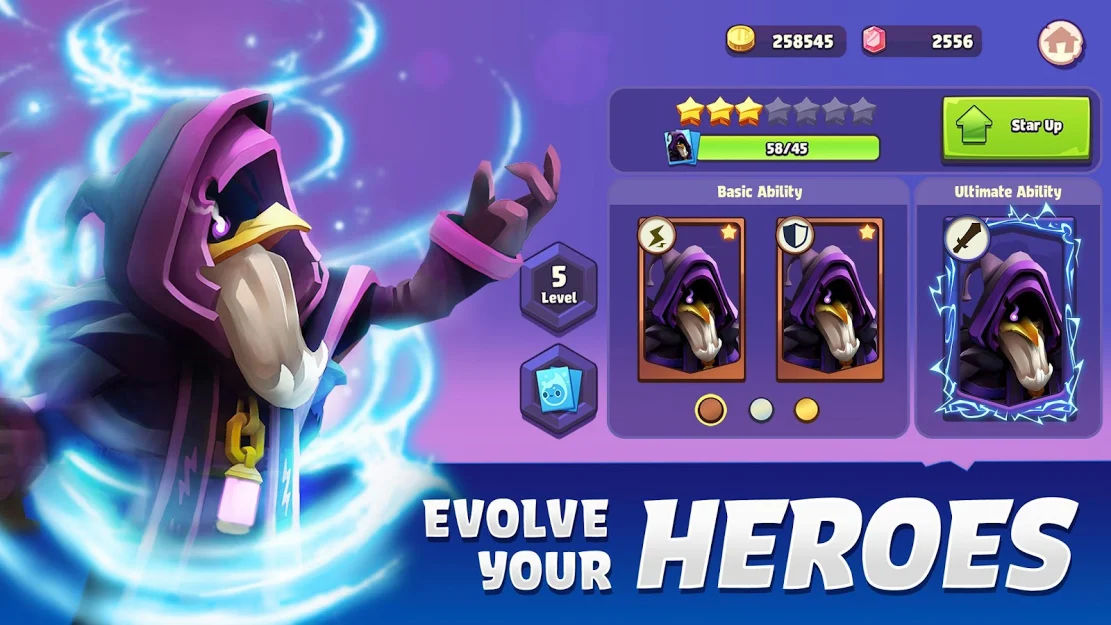 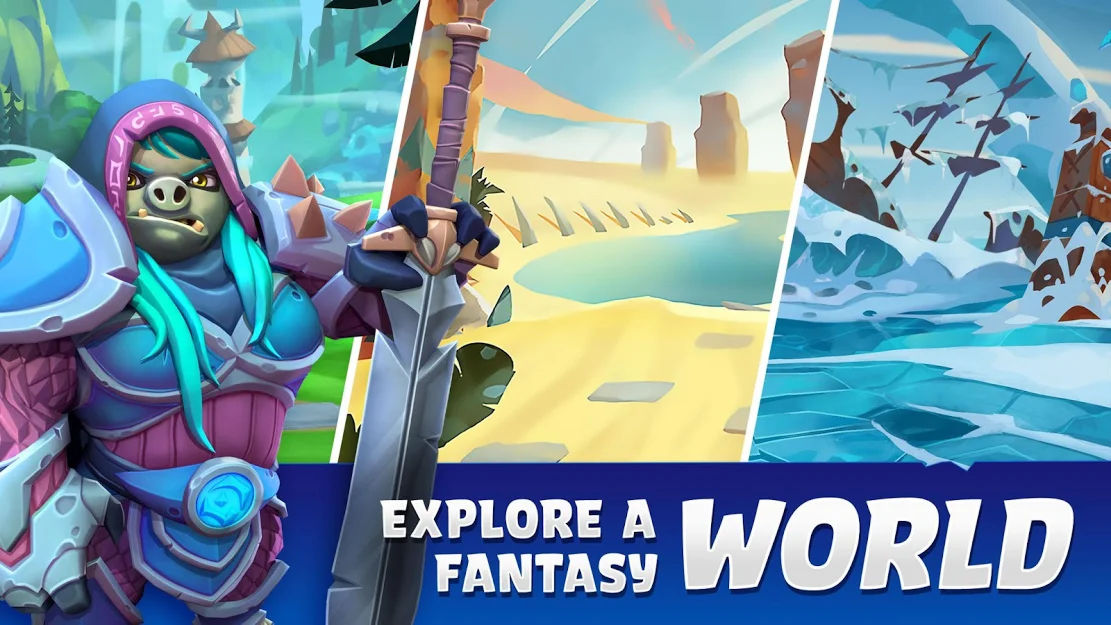 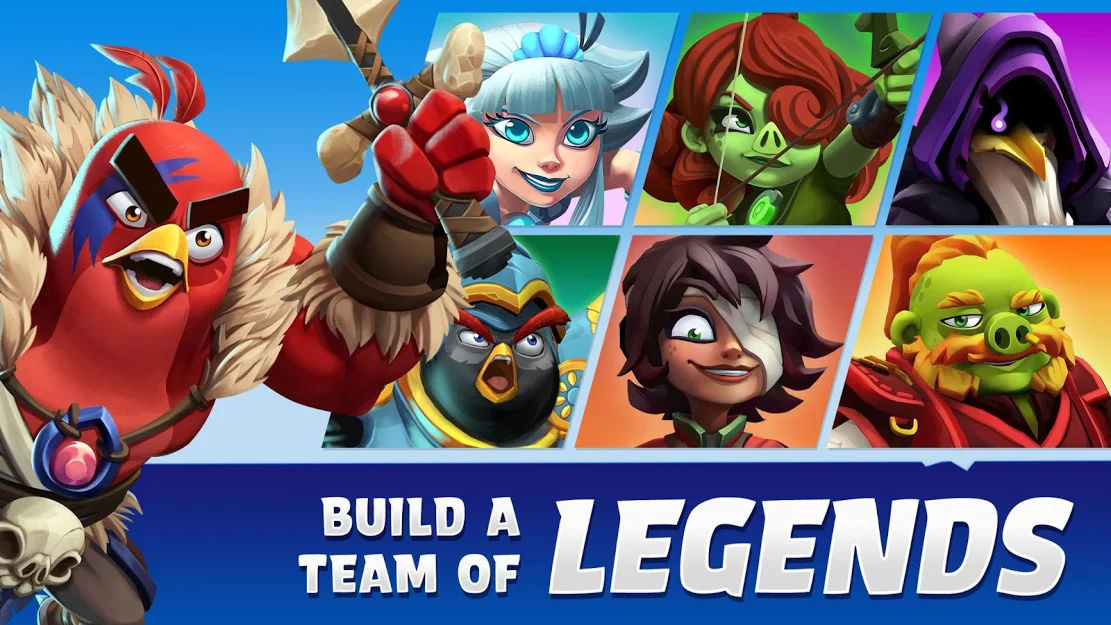