Dark Steel – Dark Steel Sword is a fun, well-made and highly graphic game from the Spanish studio Dark Curry, which is offered for free with in-app payments for the Android operating system. The game is offered in the role-playing style (Role playing) and is summarized around the melee battles between legendary fighters, heroes and knights. Usroid proudly announces for the first time among all Iranian sitesSimultaneously with the release of this game on Google Play, it has been prepared and reviewed, and as soon as possible, it has provided the latest version for free and tested download. It is worth mentioning that we have prepared a modded version along with the original version and we have also prepared it for download. So, if you are a fan of role-based and action games with the atmosphere of knights and bloody battles, be with Usroid by introducing this beautiful game. Dark Steel has an interesting and unique style that makes special fans go to this game. The game is made in the style of role-playing (Role Playing) and the game view is in the third person mode. You are in the role of a fighter who can be personalized according to your tastes in the very first scene of the game.

In Dark SteelAfter the initial construction and design of the character, it is time to choose the character you want from the category of fighters. In this section, you have to choose your hero from one of three types of heroes, including Knight, Warrior and Assassin, so that your character has the characteristics of those fighters. Knight fighters, for example, have large swords and their ability to fight hand-to-hand is more stubborn than other fighters. Warrior fighters, on the other hand, use different weapons and their fighting style is similar to that of the Vikings. The third group, the Assassins, are fighters who move fast, have lighter weapons, and have the ability to select two swords simultaneously. You need to make the right choice according to your taste and of course the skills and abilities you have. In Dark Steel, you can upgrade each character in several levels and buy hundreds of items from hundreds of different items such as armor, helmets, weapons and و and make your hero stronger and better equipped than before. . The game has two main parts, Campaign and Fight. In the Campaign section, you follow the step-by-step part of the game and you can participate in one-on-one battles from the easy and beginner level. At first, your character does not even have a fighting suit, and you have to upgrade your hero little by little as you progress in the game and earn points. The Fight section of the game, which is an online section, is a section for fighting 1v1 with other players online. Dark Steel game is designed with excellent and detailed graphics. This game is designed with the new generation of Unity Engine game engine and a lot of details have been used in its construction. In terms of gameplay, you are faced with a dynamic and tactical game. By dragging your finger on the screen in different directions, you can inflict different blows on the enemy. On the other hand, you should always be ready for fast moves so that the enemy blows do not hurt you. It must be said that Dark Steel is a professional and challenging role-playing title that requires a great deal of care and concentration to win. To download and install the latest version of this beautiful and graphic game, go to the download boxGo to Usroid and download the regular or modded version of this game from the direct links of the site.

– Download the data file and decompress it. Copy the com.darkcurry.darksteel folder to the Android / obb path of the device’s internal storage. 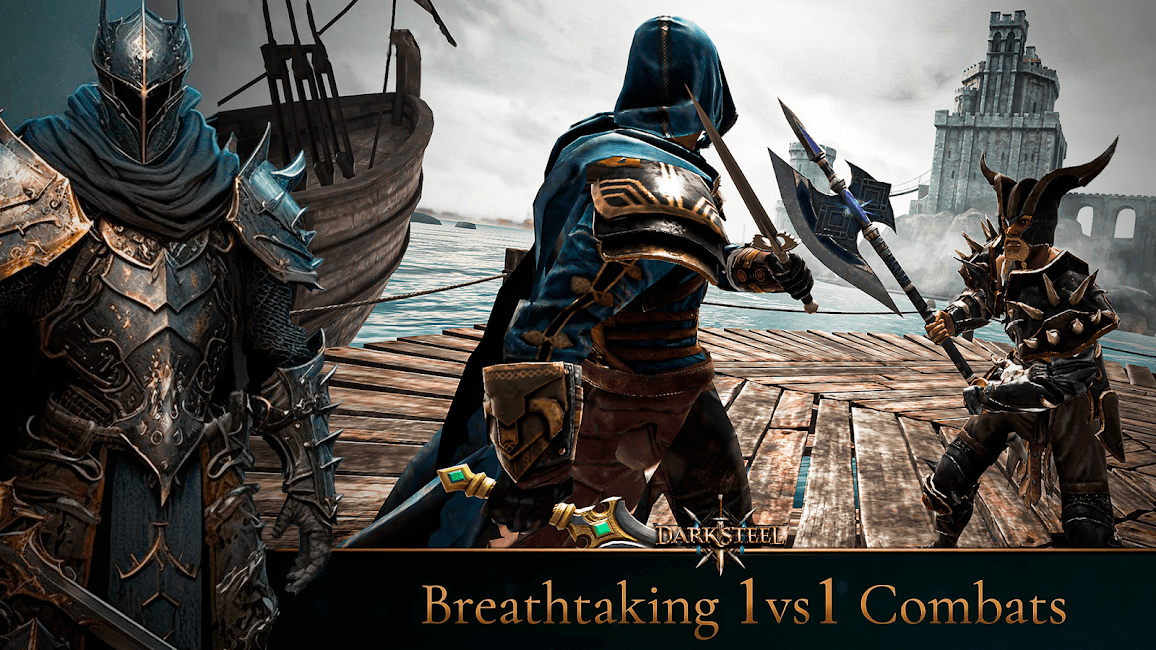 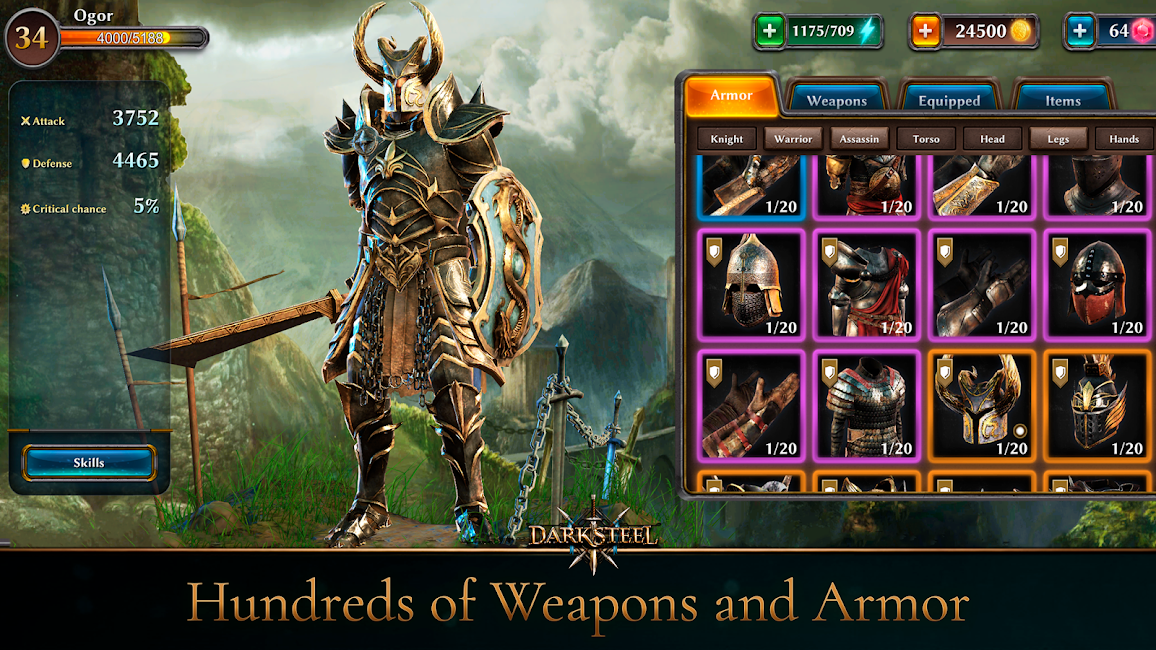 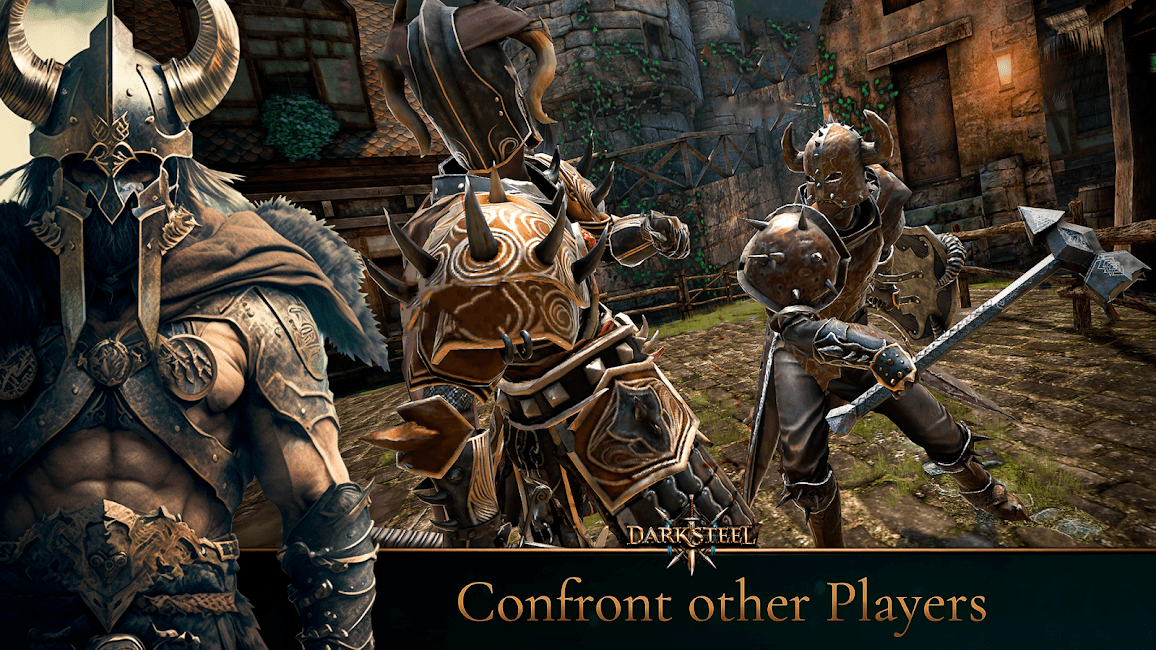