Playing on smartphones is one of the main hobbies of many people. Many people have a lot to do in their daily lives. So that they can not devote separate time to play on the console or computer. But they are still interested in video games. Playing on a smartphone is a great opportunity for such people to have their favorite pastime in dead times like waiting for the bus, in a taxi, between business meetings and classes. In recent years, the mobile gaming industry has undergone a huge transformation. Smartphones have become significantly more powerful and have the ability to run heavy games with high graphics. This has led large gaming companies to turn their attention to mobile platforms and make high quality and attractive games. Games that can compete with computer and console games. These games are made for high-powered phones with up-to-date hardware and may not run on older phones. Today we are at your service with a program that optimizes phones to run the game so that you can use all the power of the phone to run the game and run new games on old phones.Game Tuner is an application for optimizing the phone to run games better, for the Android operating system, developed by Samsung Electronics Co., Ltd. Developed and published for free on Google Play. This program removes all the processes on the phone before running the game so that the device devotes all its power only to run the game and the games run smoothly and without lag. New games have a high resolution, which is useless on older phones with low-resolution screens. With this program, you can apply your desired resolution on games so that both less battery consumption and games can be played without lag.

Some features and capabilities of Android Game Tuner application :

In addition to the game, the Game Tuner application can also optimize the phone for running heavy applications. With more than 1 million downloads from Google Play, this program has been able to receive a score of 2.9 out of 5.0 from users. Now you can download the original, full and without ads version of this program with all the features and capabilities from Usroid for free. 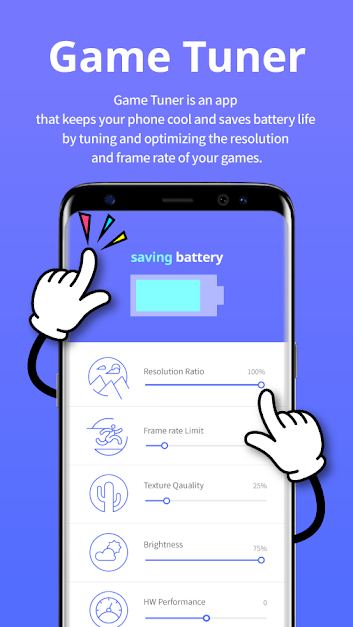 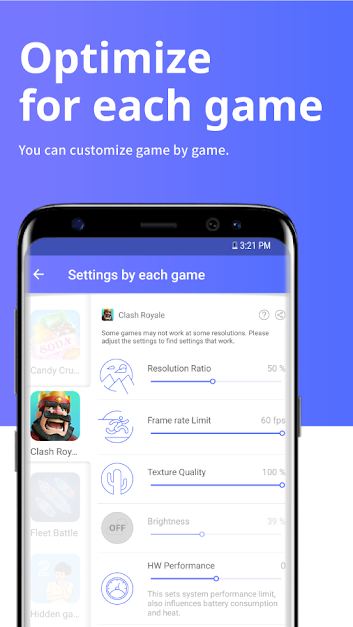 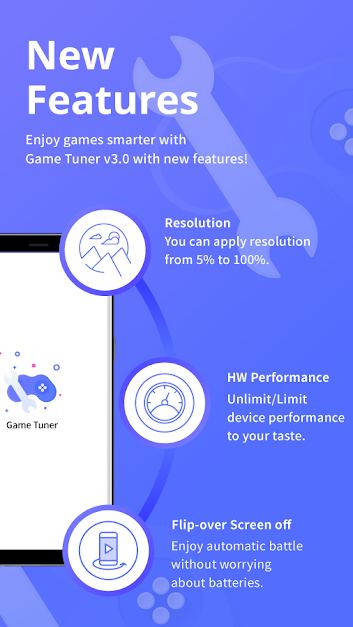