Island DefenseIts full name on Google Play is Island Defense: Offline Tower Defense, a free and simple tower defense-style strategy game developed by the anonymous Skizze Games studio and available on Google Play for Android players around the world. has taken. Usroid has prepared this game at your request, dear ones, and has provided the latest version along with a modded version for download. Island Defense game is an exclusive game for Android, which, as its name suggests, is a title in the style of a defense tower and can be run offline. The original idea of ​​the game is nothing new and has already been used in dozens and maybe hundreds of other similar games. But the whole game and its simple designs can be fun and exciting for many. In this game, just like other games of the same style, you are in the role of the commander of a military base and you have the duty to manage and protect this base. Your military base is the main point of attack and target of enemy attacks. They want to destroy you by attacking your base and infiltrating it, so your main job should be to protect the borders of this area.

در Island Defense: Offline Tower DefenseAll games take place in one main part, the map where the entrance to your base is located. Your main task is to prevent the enemies from moving to the most sensitive part of the map, ie your borders, with the help of various forces such as defenses and defense towers in the corners of this map. In Island Defense: Offline Tower Defense, your bases are built on points of several islands, and at each stage of the game you must protect one of these places. You have many choices to protect yourself. For example, you can use a variety of soldiers and forces and use a variety of defenses to protect yourself. You will have more than 11 different types of weapons and forces at your disposal. Your enemies are also more than 20 different types of forces from one military army. Island Defense: Offline Tower Defense game with more than 100 exciting and fun stages can entertain you for days. As you progress in the game and go through more stages, the wave of enemy attacks becomes heavier and the challenges of the game increase. So you have to start the game with the right strategies in each stage and with the correct management of items and forces, do not allow the enemies to be able to cross these paths very easily. Island defense game right now with a modded version of the serversUsroid is ready for download. Island Defense: Offline Tower Defense runs on most Android devices due to its simplicity in design and optimal graphics. 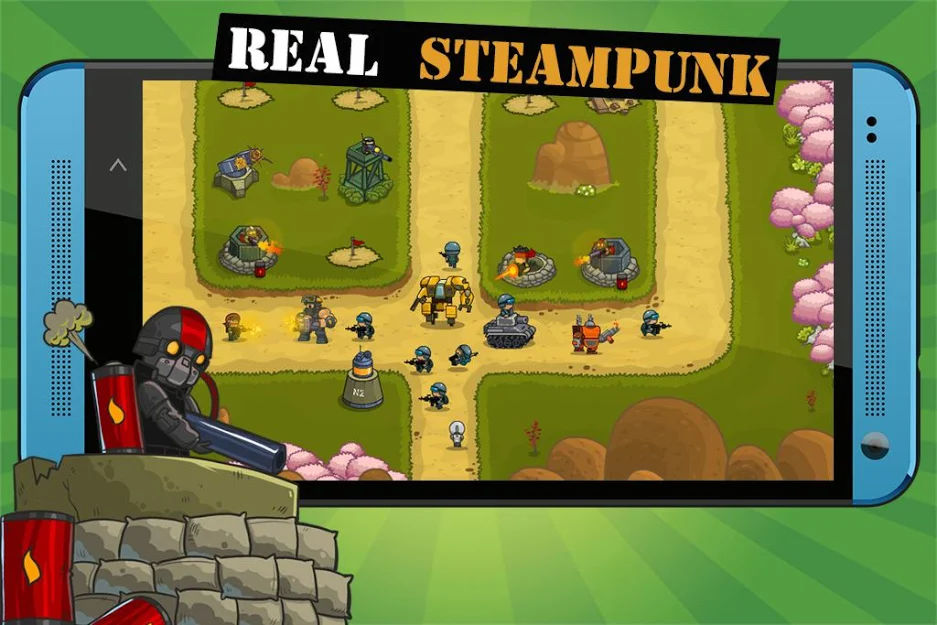 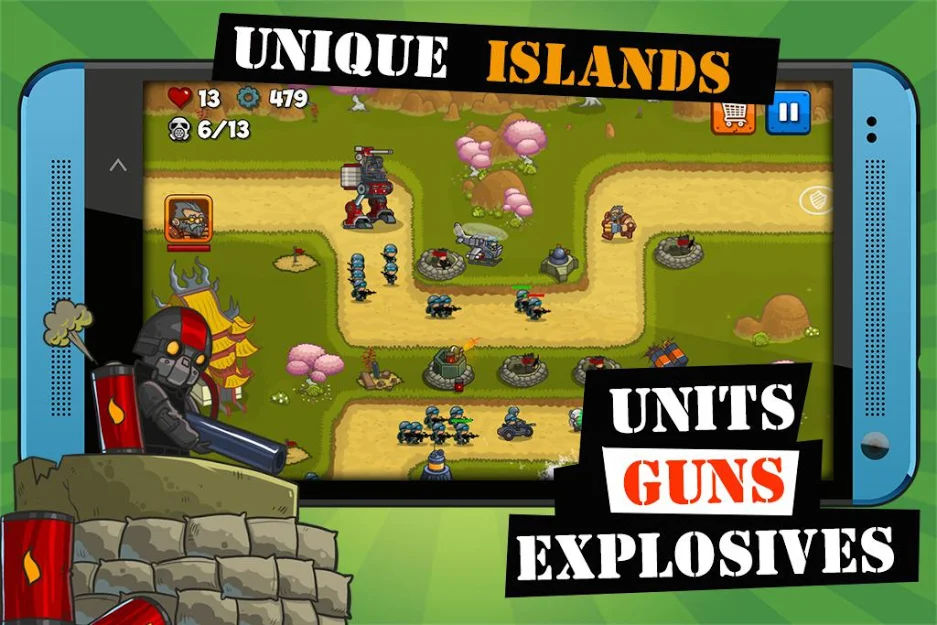 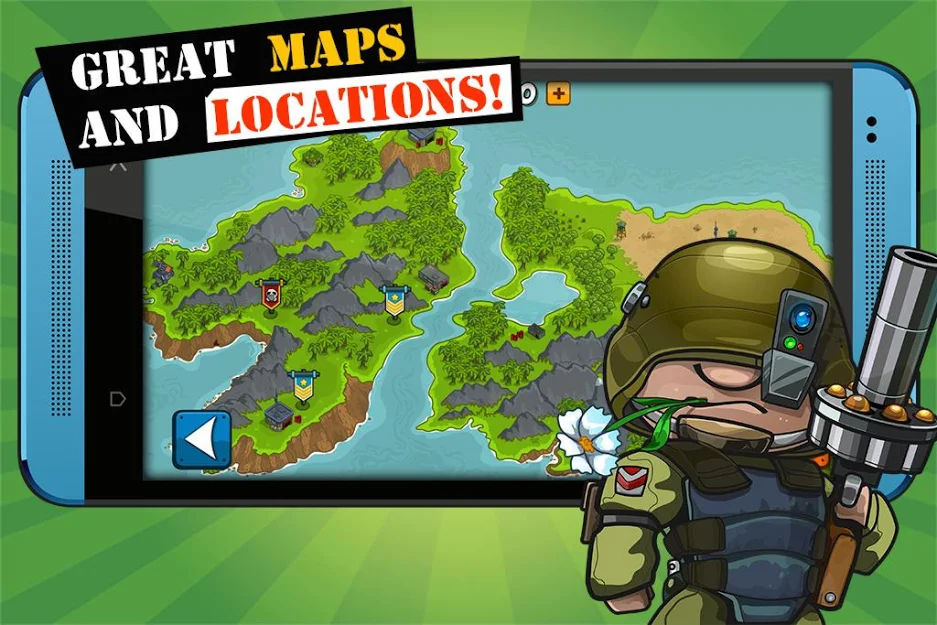 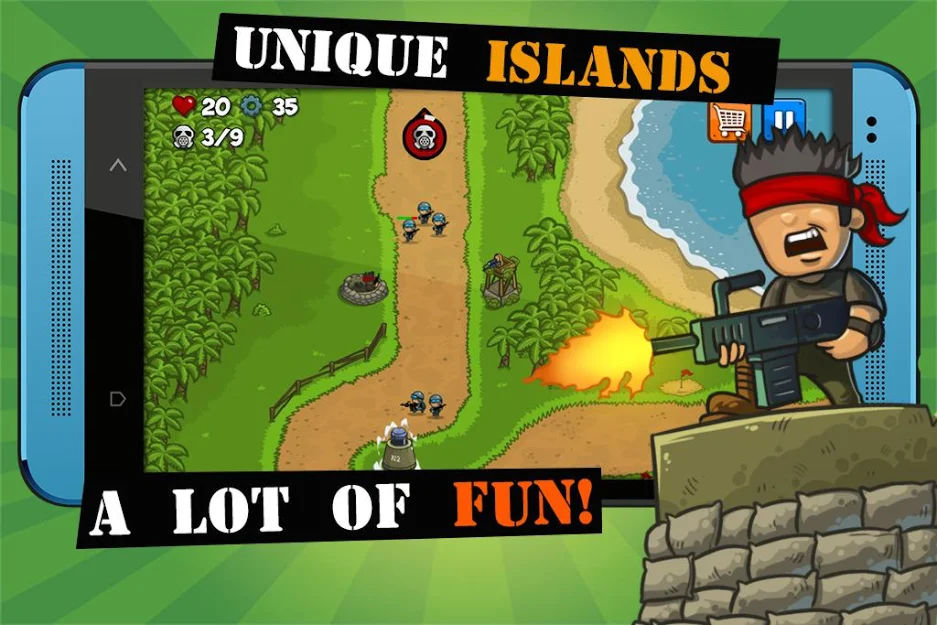 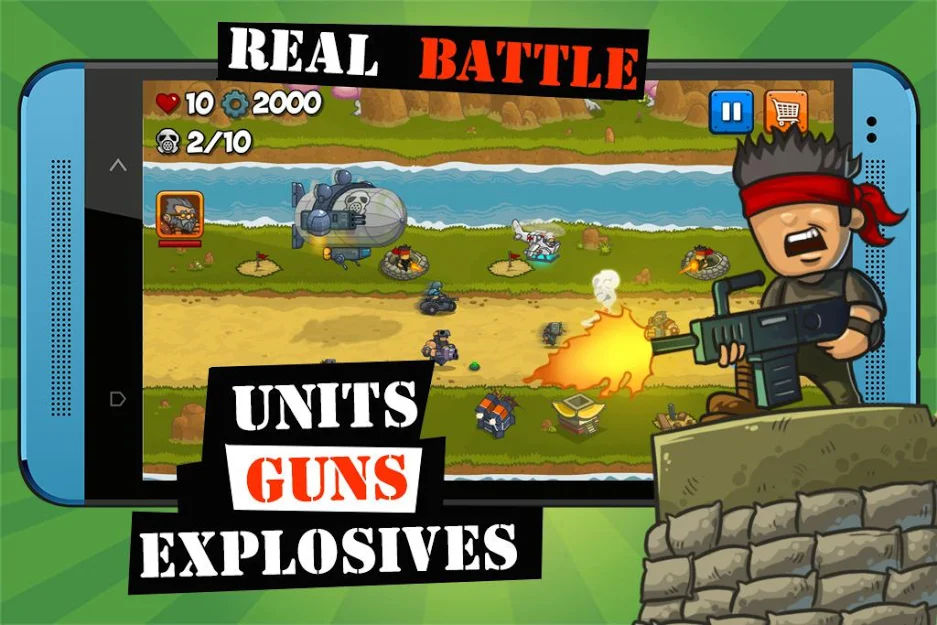