Sproggiwood v1.2.10 – A very beautiful and different roguelike style game for Android with data + trailer
rated 4.6 out of 5.0 and priced at $ 9.99 on Google Play
tested and offline

Sproggiwood is a new and entertaining role-playing game in the style of role-playing games for Android devices , which Freehold Games Studio released for $ 9.99 a few hours ago in the Play Store, and as always, it was decided to As soon as possible and simultaneously with its release, we would like to introduce your presence to the fans of special games. Sproggiwood is a roguelike style game that makes you pull your hair out every time you die, but it is so cute that you can’t get angry! In this game, you play the role of a farmer from Clog Island who has been imprisoned by Sproggi for some reason and you travel to different lands, collect gold and complete missions! If you are a fan of role-playing games that will keep you entertained for hours, do not miss Sproggiwood.

* Challenge you against a set of creative monsters and traps

* Use a variety of weapons and equipment to destroy enemies

Game Sproggiwood selling +5000 once managed to score 4.6 from 5.0 the acquisition of Android users around the world that we Usroid first full paid version and put it to you that we can refer to the Read the complete review of the game and Then view photos of it and download it if you wish.

– Download the data file and decompress it. Com.freeholdgames folder . Copy sproggiwood to the Android / obb path.

Goal in the game: Like all similar games, in this game players travel to different lands, collect gold, perform missions. In Sprog Land, a young ghost tries to tame the forest creatures, but they are a bit rebellious. In a poorly designed plot, Sproggi steals you and forces you to do what he wants. Later, he admits that he is a kind person and only wants peace in his territory. However, you have to fulfill his missions.

Design: This game has two main parts. In one section, you make friends with locals and meet new characters. This is where you learn about Sproggiwood culture and what your new friends have to say. You can also buy equipment, weapons and armor, see what items you already have, check your mission report, and even decorate a small piece of land. In the other part, the players penetrate the nests of some forest creatures and try to change their chaotic manner by convincing them. Beware of gelatin cubes. Each has a different effect when you draw it. The longer you can learn the best way to avoid attacks to the last breath, the more you realize you will be killed than alive.

Gameplay:Players must travel to 10 different nests throughout the land of Sprog. In each land, you find its leader and deliver a message from the Spirit. You start with a humble farmer, but each time you complete a mission, you unlock a new character, including a shooter, warrior, thief, wizard, and many more. As you travel through the nests, you will receive weapons, armor, and spells that will help you complete your mission. For example, a vampire fork creates a health point following the killing of any bad character. What is common in this style of game like similar games is that when you die, you lose everything and you have to start from the beginning. Unlike similar games, you can buy armor, weapons and magic that you unlock. So, the same vampire fork you found in a nest as your starting weapon will be the next time you enter a nest with no further punishment. In each nest, new enemies are introduced. There are goat men, frogs and gelatin cubes. These cubes can be your worst enemy. Their deadly attacks sometimes do more harm than good. In a type of attack, when you pass through the remains of a cube, it freezes you. Another explodes after his death in the form of a mass of fire, burning everything in its path. Each time you complete a mission, you open a new character to play. You can make good money by playing nests with different characters. So do not forget to go back and play the previous steps every time a new warrior appears.

Good thing: I was very excited to play this interesting little game. It had all the great elements of a great old-fashioned black hole game, and even if you experience permanent death, you can still buy items and have them at the beginning of a mission. . If you think this game was too easy or too challenging, you can change the difficulty of the game in the settings according to your skill level.

The downside: The price is a bit sharp.

Price and value of the game: The price of the game is $ 9.99. The good news is that this game is completely free of ads or in-app purchases. This game is worth the price. However, for a group of people who play on mobile, it is a little difficult to justify such a price. The value of replay in the game is unlimitedly high. You can play each stage again with a new character. The steps are created randomly so that they are always different. If you think the game was too easy, you can change the difficulty level of the game and play it again.

Conclusion: Just as it is difficult to convince someone that a mobile game is priced at $ 10, so is this game . If you like dungeon games with a perpetual death aspect, you will find how cool this game is. Because you play new characters, each with new weapons and armor, you can play the whole game over and over again. I highly recommend this game to fans of this genre. 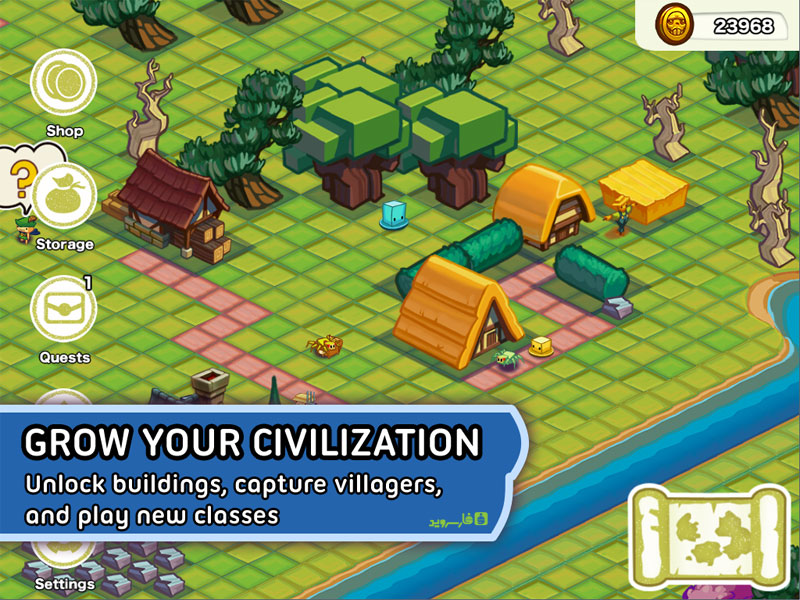 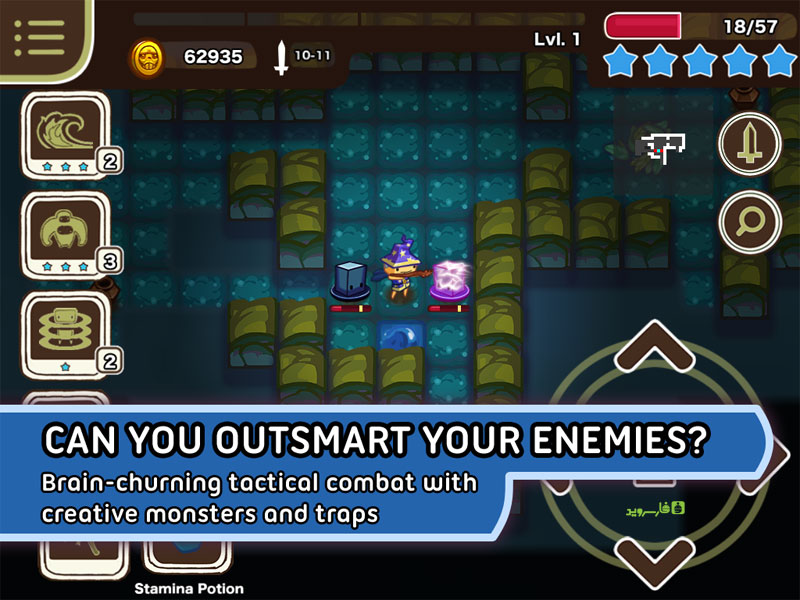 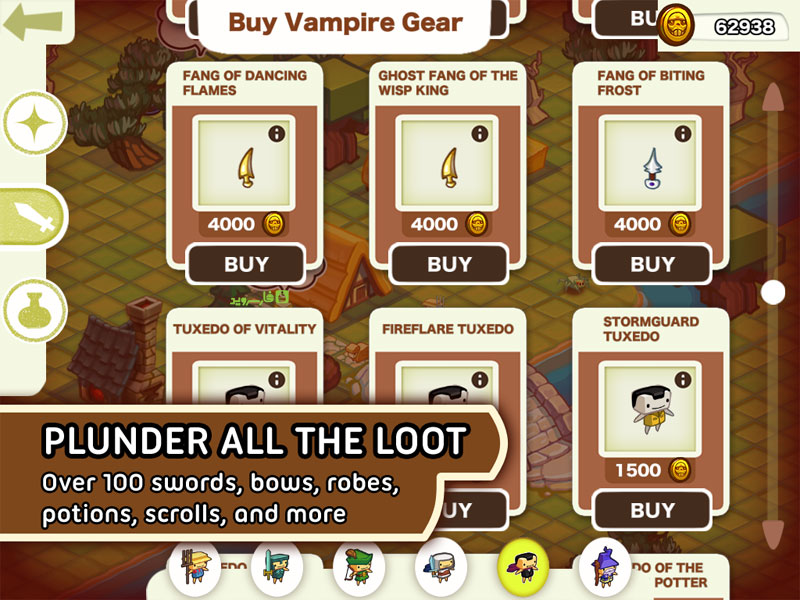 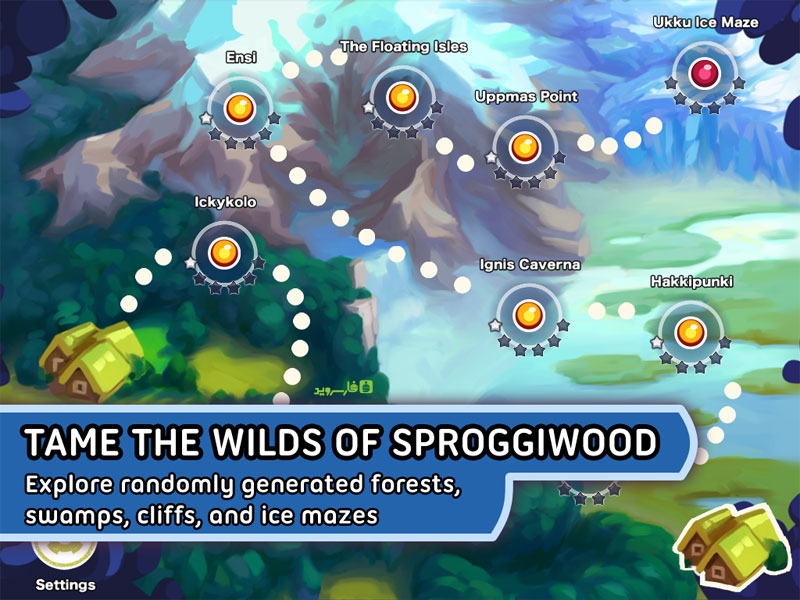