Archer’s Tale – Adventures of Rogue Archer – Archer Adventure is a title in the action genre game published by Babil Games LLC for Android devices. Babil Games LLC has already released good games for gamers and has a good track record in the Android Market. Archer’s Tale – Adventures of Rogue Archer is another good game from this game studio that has been able to attract the attention of critics and gamers. The gameplay of this game is very simple and has elements of action, adventure and rouge. You play a hero who wants to become a master of archery. To do this, you step into a mythical world full of black holes and mazes in which evil creatures are hidden and ready to stop you. The structure of Archer’s Tale – Adventures of Rogue Archer is in stages and has several stages. At each stage, waves of enemies attack you and try to kill you. You must be able to use all the weapons at your disposal to kill them all and enter the next stage through the portal of each stage and leave the stages behind. Perhaps the most important factor that makes this game attractive is the combat section. The fighting system of the game is very exciting. The course of the struggles of each stage has a great depth and variety. Each type of enemy has its own strengths and weaknesses and has unique offensive and defensive characteristics that are important to know to maximize damage. For example, in the early stages of the first stage, you will encounter enemies who will shoot at you from a distance, but in the higher stages of the first stage, you will encounter enemies who carry out face-to-face and close attacks and directly. They come to you. In addition, you have to fight with a powerful boss in several stages, which are also different from each other and have their own strengths and weaknesses, and their own movement and attack patterns.

Archer’s Tale – Adventures of Rogue Archer loot system is also very good. In addition to killing coins by killing your enemies, you can also gain power-ups in a few steps. In addition, some stages have boxes that will bring you bonuses in the form of various items. The game upgrade system is also very clever, and every time you are killed, you can choose a better weapon for your hero and make him stronger. For example, your primary weapon has the ability to destroy enemies with 2 or 3 blows, but your secondary weapon also has the ability to destroy enemies in 1 blow and increases its power by about 25%. Another thing that may catch your eye is the HP system in-game hero. In many games, when the hero HP decreases, it either does not increase or you have to find an item that you can increase. But in this game, even by killing your enemies, you can regain a part of your lost HP so that you can finally get the health item and fully restore your HP, which is used by the creators of this creativity. It deserves admiration. There is nothing lacking in the appearance of this game. As can be seen from the trailer and image gallery, the graphic space of the game is fantastic and eye-catching, and the artistic design of the characters and different environments of the game world and the animations and effects used have given the game indescribable beauty, and each stage It has its own unique identity. The top-down view of the game is also great and makes you completely in control of the hero and the enemies and the environment around you. The controls are very simple and all the gameplay mechanisms are easily done by tapping and sliding on your device screen and using virtual buttons, and they are certainly not something you can not handle. Archer’s Tale – Adventures of Rogue Archer managed to get a Score 4.0 out of 5.0 in the Android Market, and the Usroid team intends to make this popular game available in two main and mod versions, without any restrictions. Now you can download this game that has already been tested by our team through the direct links that we have placed at the end of the article and enjoy its performance! 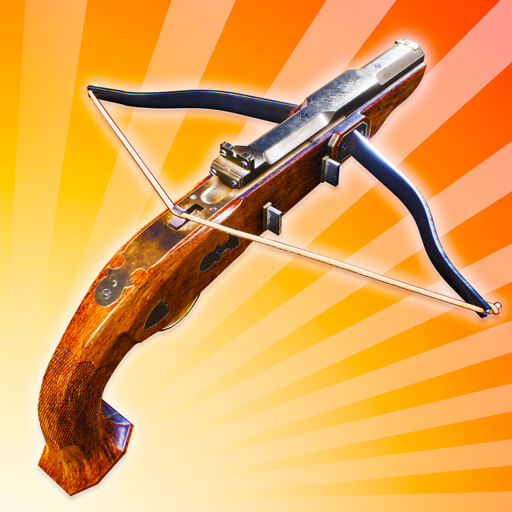 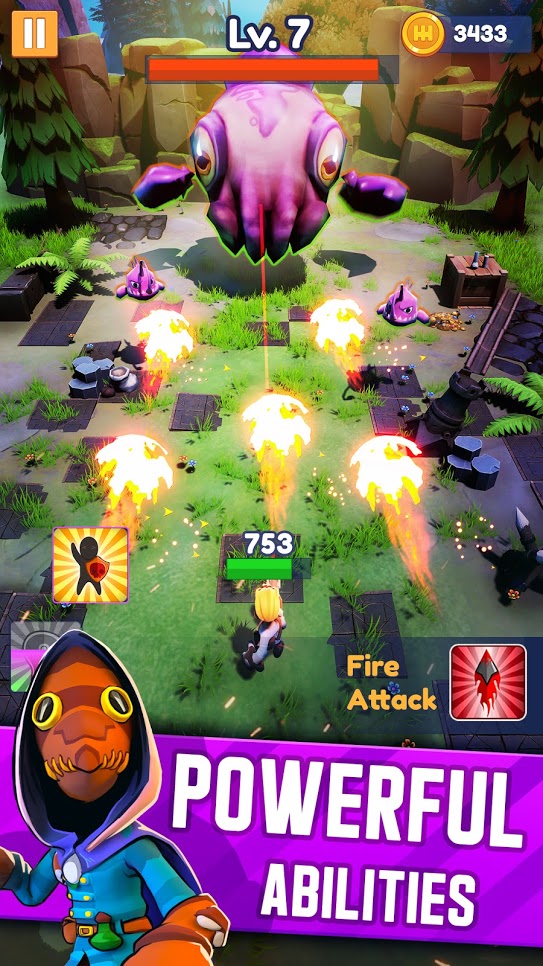 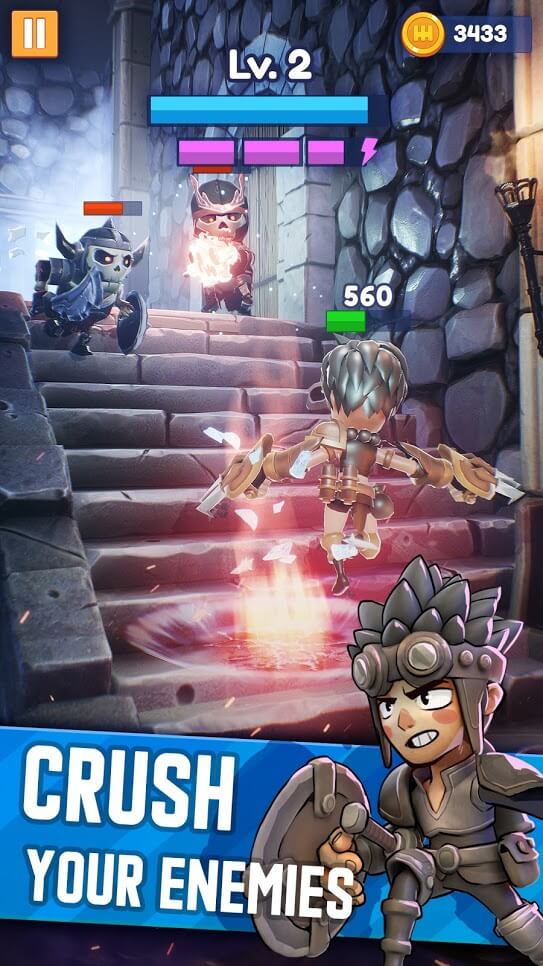 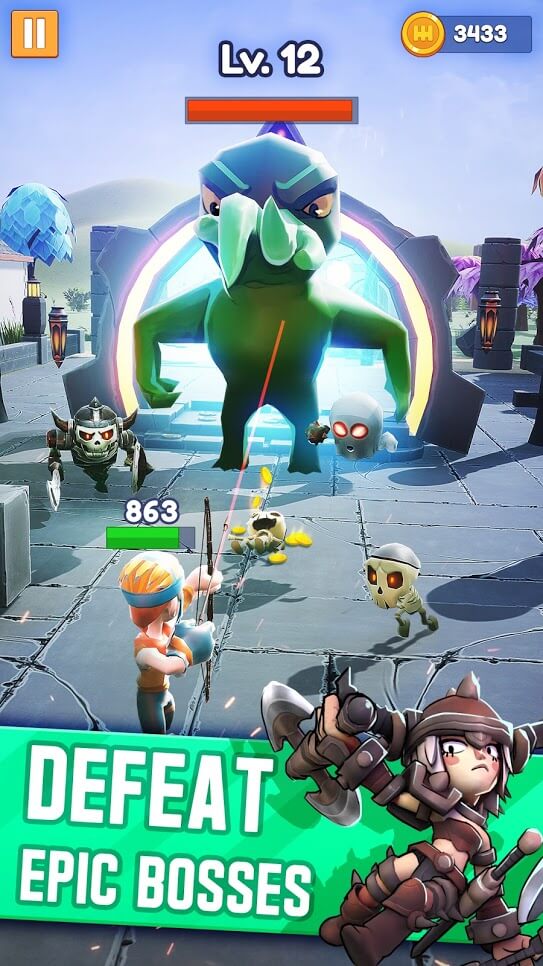 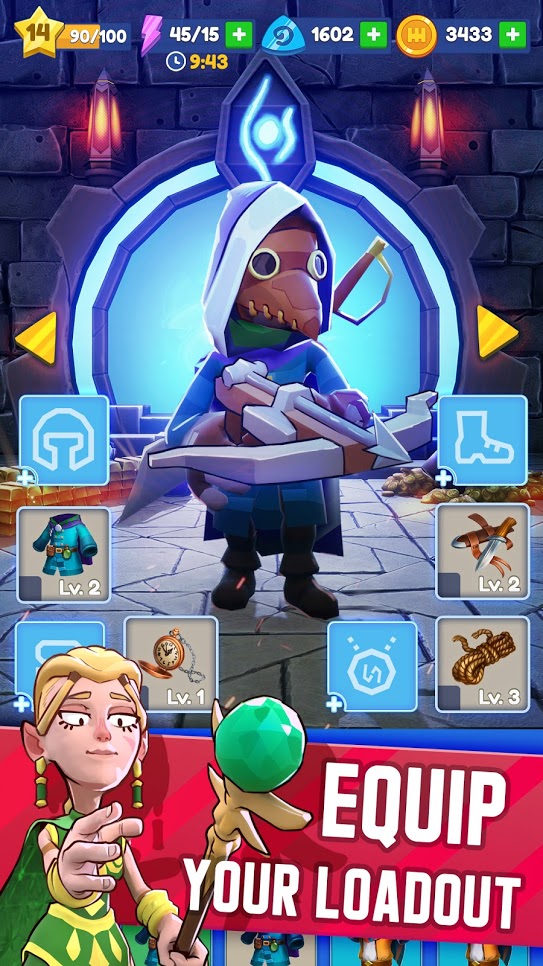