Learn Arabic Pro v3.3.0 – Easy and fast learning Arabic on Android
Purchased version of the app for $ 3.99 on Google Play

Arabic is one of the largest and most widely spoken languages ​​and one of the six official languages ​​of the United Nations. Arabic has different dialects that have been created over the years, but to make it easier to learn and translate it into standard Arabic, it has been accepted by all Arab countries and used to write Arabic. Arabic is the official language of Islam, and most of the religious texts of Islam, including the Muslim holy book, the Qur’an, are written in this language, which is why Arabic is so important to all Muslims in the world. In recent years, the Arab countries of the Persian Gulf and North Africa have attracted the attention of tourists, and millions of tourists visit the United Arab Emirates, Dubai, Egypt and other Arab countries every year. In addition, due to the economic growth in these areas, many workers and employees travel to these countries to work, the most important prerequisite for traveling to Arab countries is to know a little Arabic.Learn Arabic Pro is an application for fast and easy learning Arabic with pronunciation, for Android operating system, developed by Codegent software group and published for $ 3.99 on Google Play. This app is made for those who do not have much time to learn and only want to learn the essential parts of the Arabic language, all the words are pronounced by Arabic speakers that you can play with the touch of a button. To record the pronunciations, we have tried to have the least accent in the pronunciation so that it is easier to learn. Of course, you can change the pronunciation speed of the pronunciations from the settings section to achieve what you need. In addition, essential and emergency telephones for each of the Arab countries are included in the program that you can use.

Some features and capabilities of Learn Arabic Pro Android app :

Learn Arabic Pro application with the satisfaction of Android users has been able to receive a score of 4.2 out of 5.0 from Google Play users. Now you can download the purchased version of this program with all the features and capabilities from Usroid for free. This program has been introduced at your request and now the latest version is in front of you. 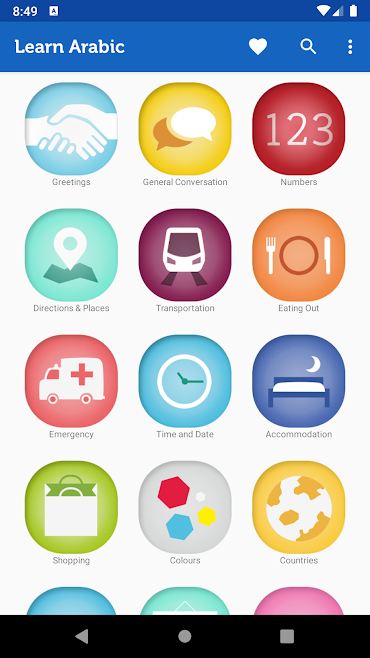 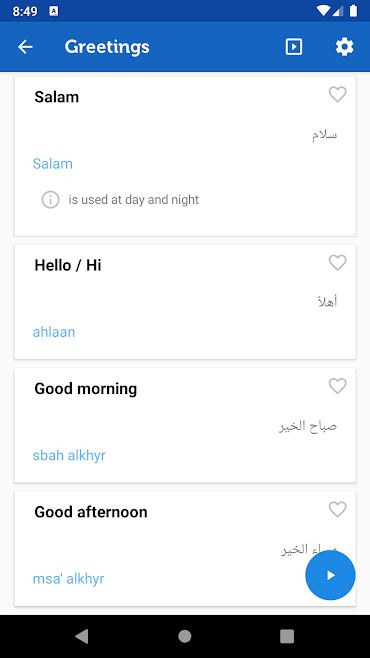 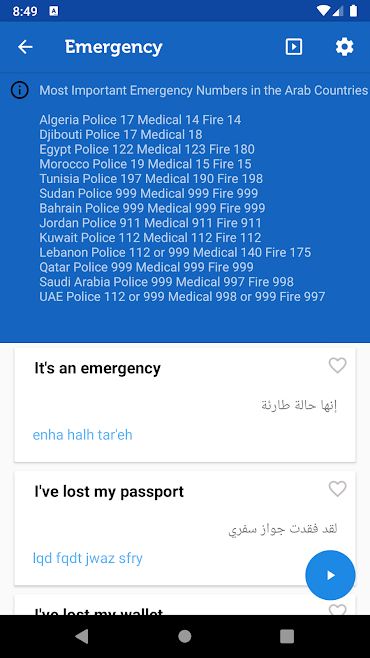 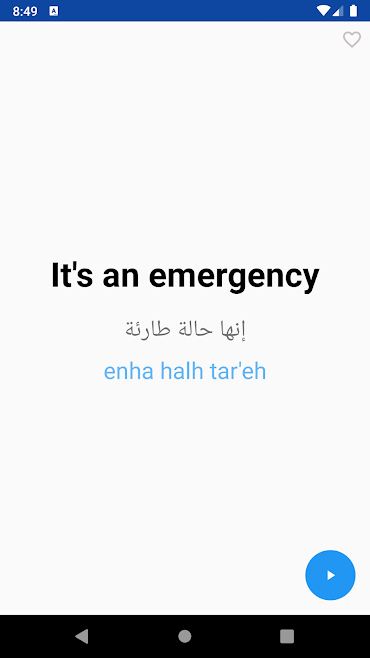 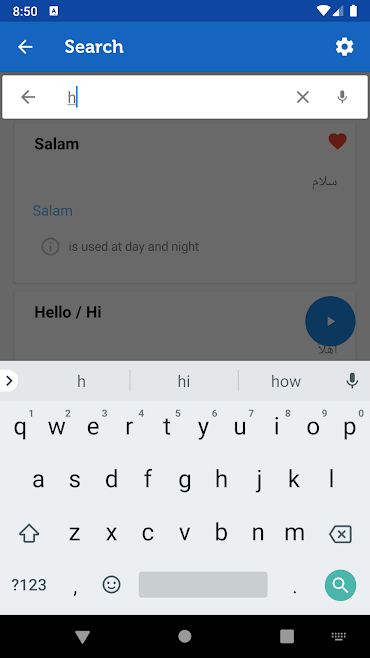 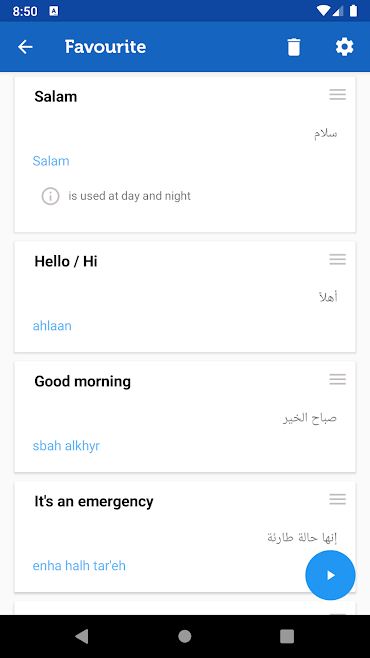 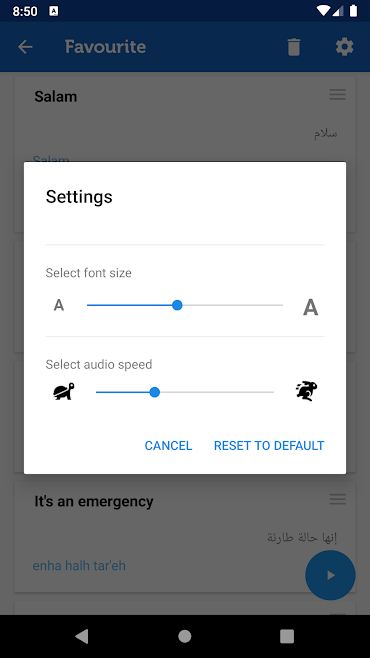