Pico Tanks: Multiplayer Mayhem is a very fun and engaging game from the Australian studio Panda Arcade, which is released for free in action style and is available to Android users through Google Play. Usroid is proud to announce that this game will be introduced among all Iranian sites at your service, dear ones. This game is one of those well-made and very competitive games that is highly addictive. In Pico Tanks game, you enter a fantasy world and compete with hundreds and thousands of other players from all over the world. You have to ride in your own tank and compete with others. This game is a fast-paced and action title, the general process of which includes 3v3 or three-on-three group competitions. In this game, which is very similar to PvPets: Tank Battle Royale in terms of design features and gameplay, you are on a map with other players and you have to help the enemy forces one after another with the help of your teammates. Destroy. Each hand of the game has a specific time and the team with the most kills will win. So it can be said that Pico Tanks: Multiplayer Mayhem depends a lot on team fighting strategies and tactics. If the members of a team are in harmony with each other, they can beat their rivals much more easily. As a result, we recommend that if you are looking to win, you have the air of your teammates and try not to get too far away from them. Fortunately, these competitions can be played with friends, or if you want to play with other online players who are almost your level on a map.

Pico Tanks: Multiplayer Mayhem game has several different and incredibly exciting modes. These modes include Hold the Flag mode and Fetch the Cargo mode. In the flag conquest section, you have the task of protecting an area where a flag is located and preventing the presence of enemies in that area. To do this, you must try to be around the flag and destroy opponents as soon as they approach. In the same way, if you are on the other side, you should try to approach the designated area where a flag is located and stand in the area to conquer that flag. An interesting mode of cargo transfer, which is very attractive, is another type of game in which you have to move a cargo from one point to another on the map. In between, your enemies will try to target you or any of the cargo tanks and seize the package. You should try to get this package to the desired point as soon as possible with the least clashes with enemies. If you are on the opposite team, the opposite happens and your job is to prevent the tank carrying the package from reaching the specified point. This game is designed with very attractive graphics and has many capabilities. One of the attractions of Pico Tanks: Multiplayer Mayhem is the ability to run at 60 frames per second to have a smooth and unique experience of a dynamic game. You can buy different types of items in the game and use different items to customize or upgrade your tank. This extremely beautiful and attractive game can be downloaded right now from Usroid servers. So do not hesitate and download this fun and addictive game and enjoy it a lot.

1. This game is in the pre-register stage and its final version has not been released to the public yet. Therefore, this game may not run properly on some devices.
2. The modded version that has been released for this game has unlimited money capability. Because the game is online, this version may crash or block your account.

– Download the data file and decompress it. Copy the com.pandaarcade.picotanks folder to the Android / obb path of the device’s internal storage. 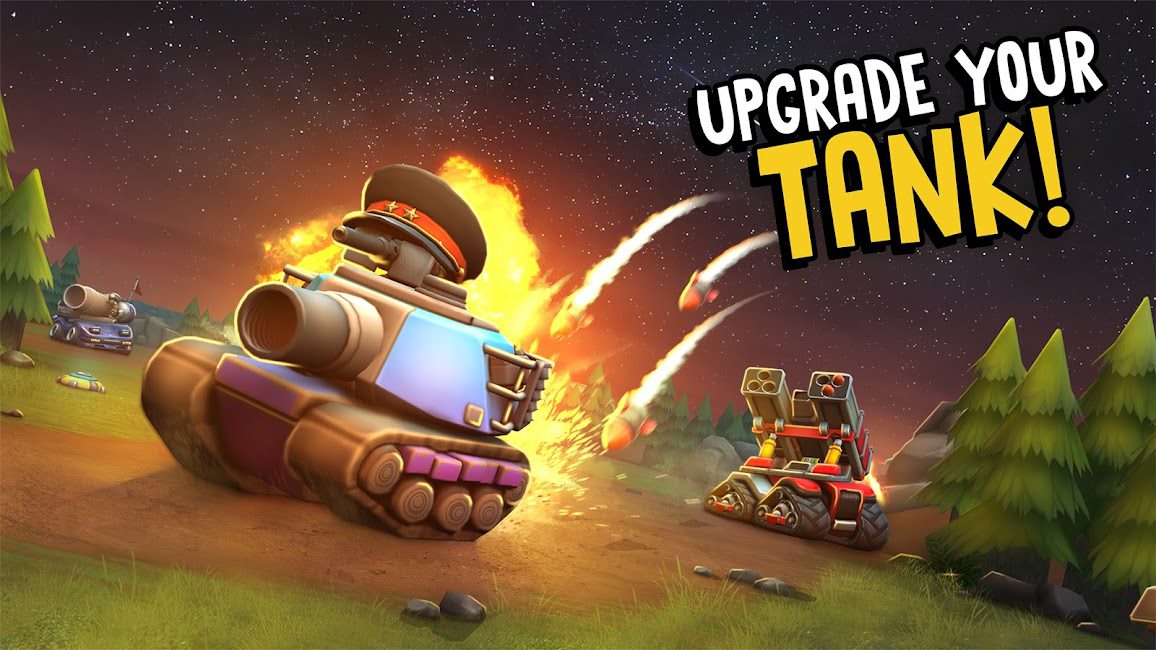 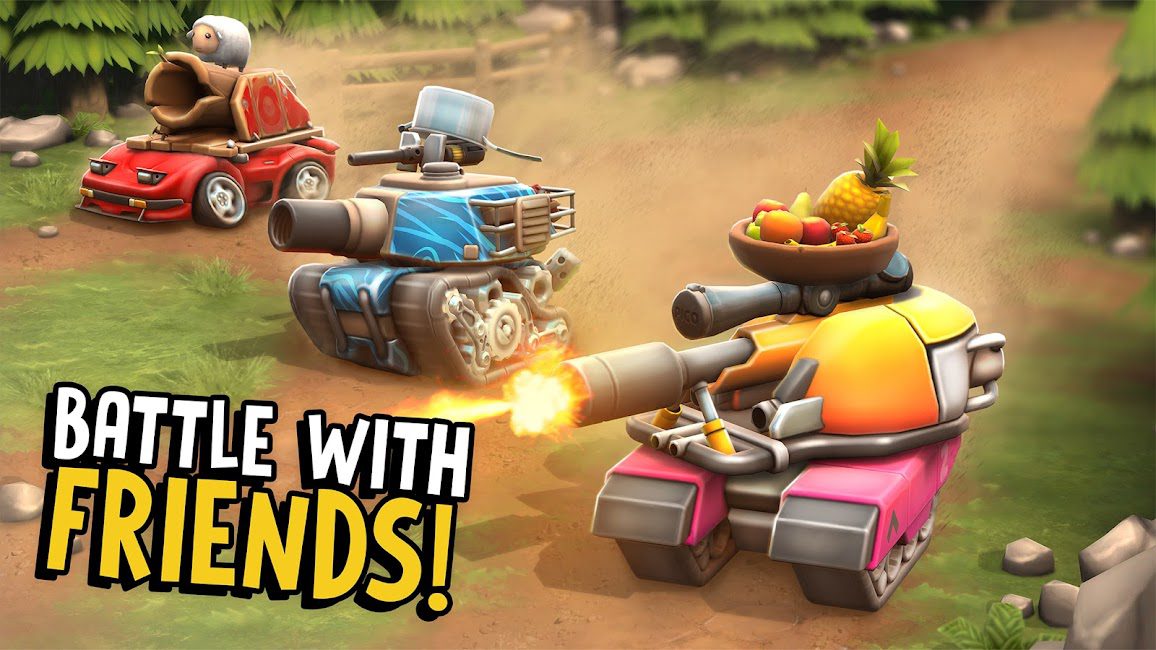 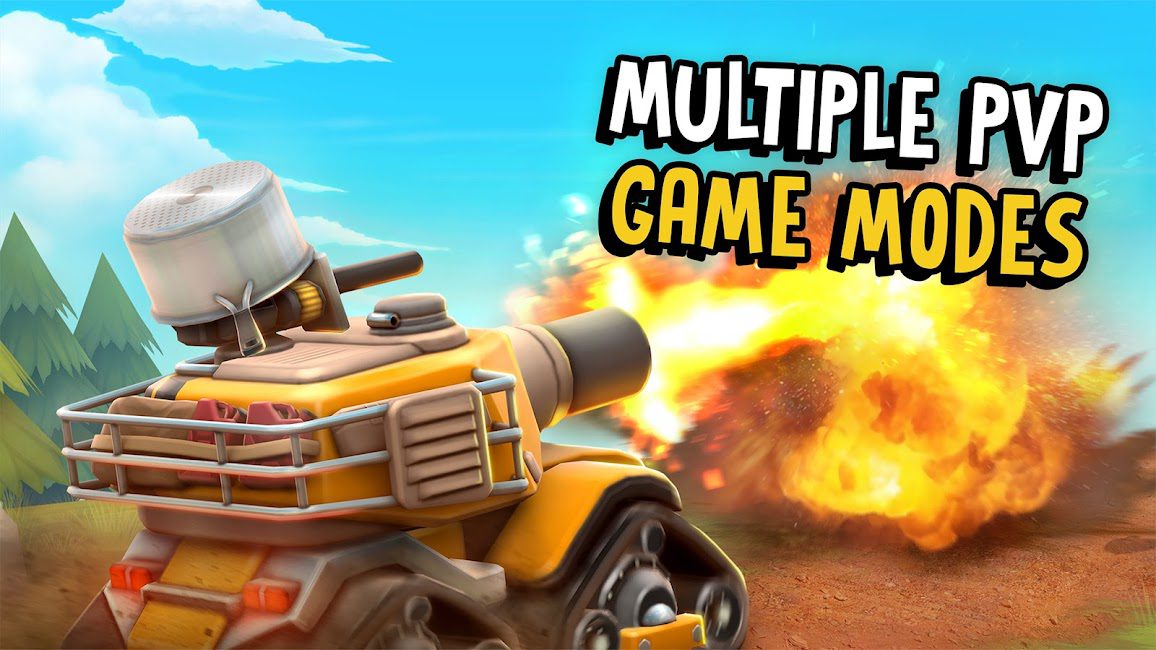 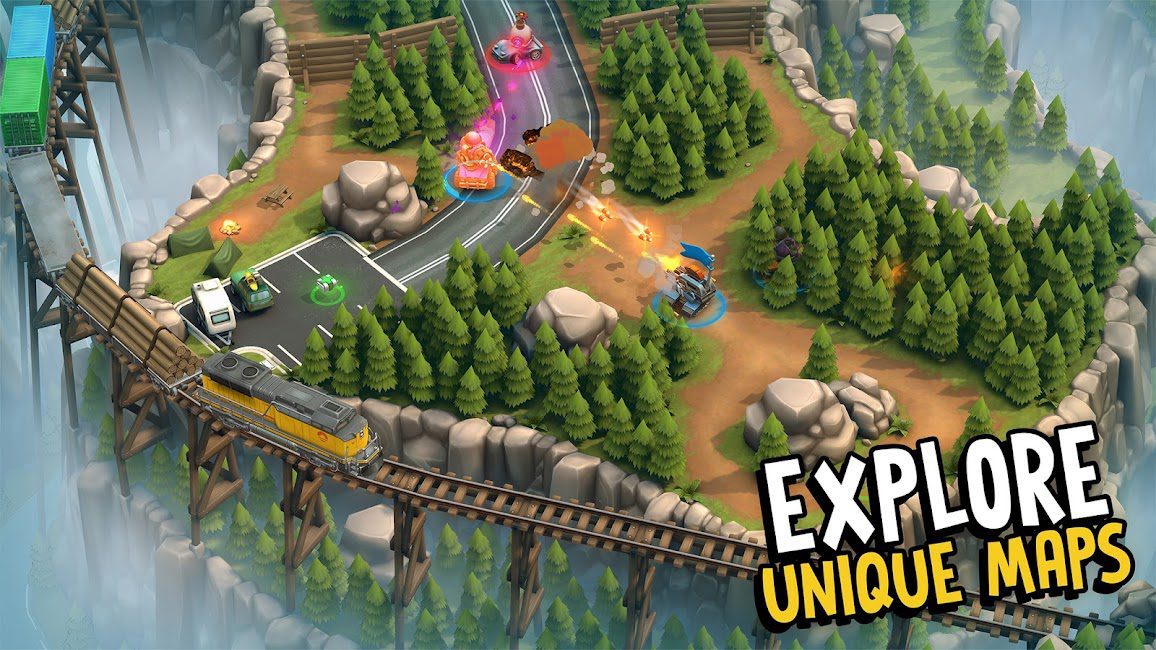 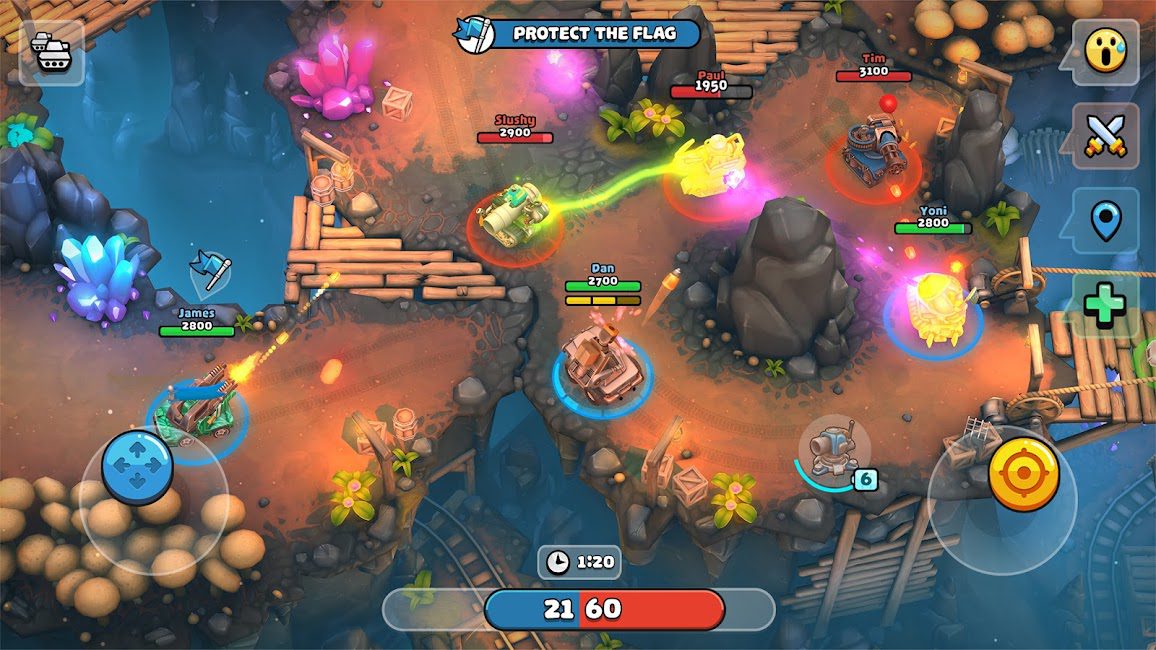 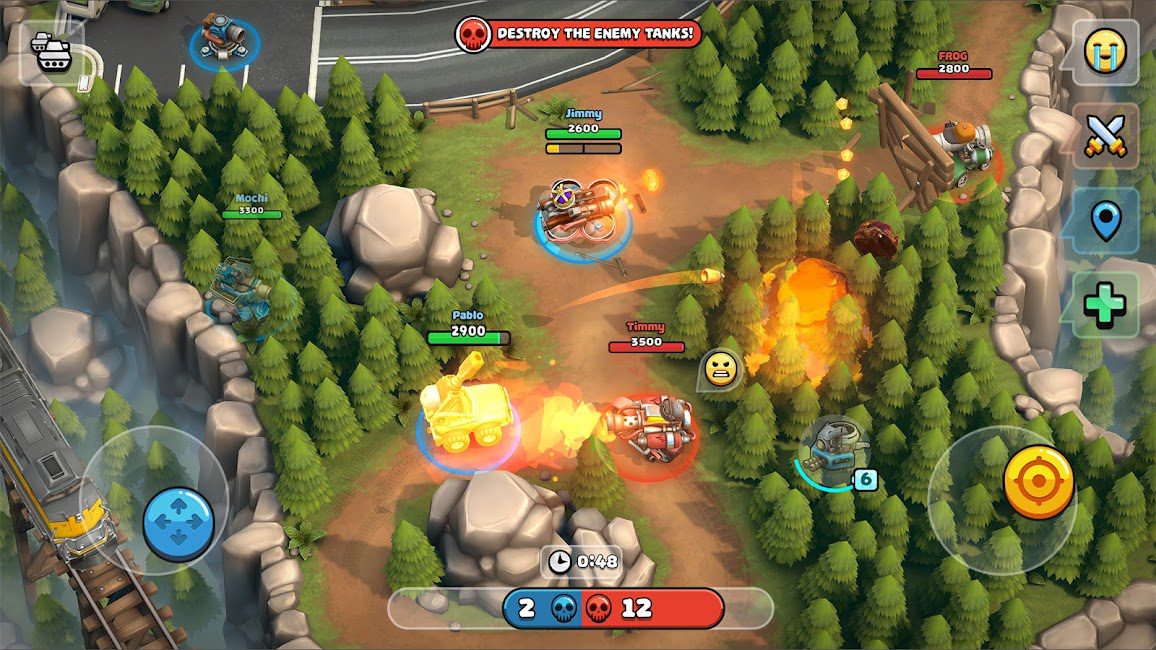 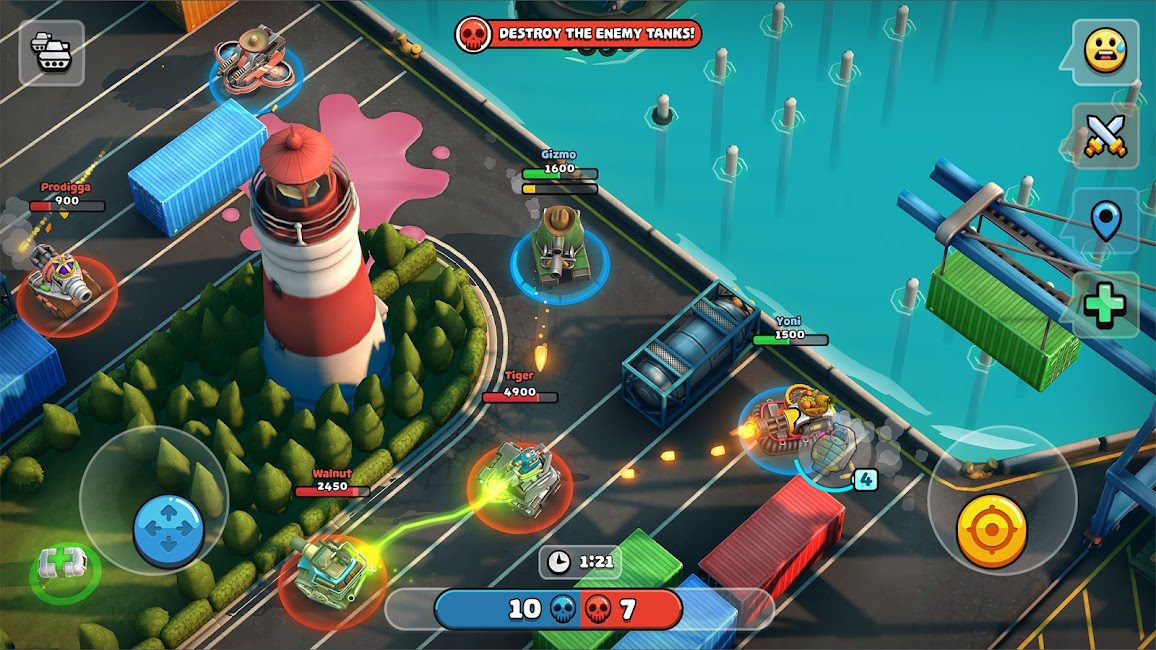 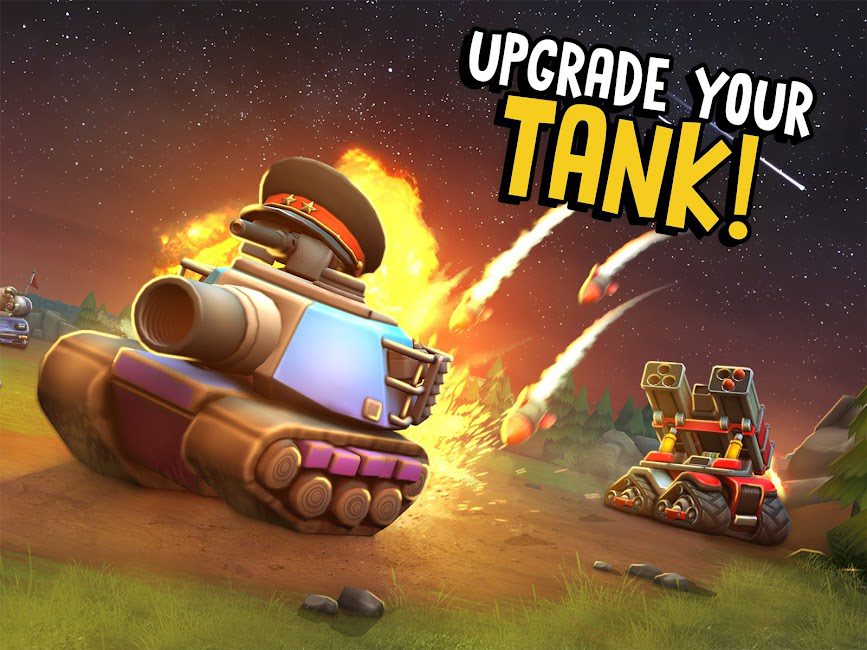