Slap Kings is the name of an interesting and very entertaining game in the style of arcade and hobby from the category of action titles, which has been prepared by Gameguru studio and has been released for free. Usroid simultaneously with the release of this game, prepares the latest version of it after the necessary checks in a tested form and offers its service to you dear ones along with its modded version. Gameguru Studios has become famous for making popular games such as Racing Fever: Moto, Flick Goal and Moto Racing: Multiplayer. The studio is now trying to attract more audience attention by making another fantasy and arcade game, and it must be said that the efforts of this game-making company have been fruitful. Slap Kings is very different from other previous games of this developer and is offered in a completely new style. A style that seems to be modeled on other titles like That Slap. Although the whole game is based on a kind of real competition, we have seen its gameplay before in the game of slapping competitions (That Slap) that we also introduced in Usroid . However, it is not possible to say which game company originally used the original idea of ​​this game, but it must be said that Slap Kings has better designs, smoother gameplay and better graphics than That Slap, which may cause Consider this game superior to other similar games in this genre.

In Slap Kings, you have to go to slapping contests and try to win by slapping your opponents as one of the contestants. The game is very simple. In this game, you just need to have the right timing. At each stage, you and another competitor face each other and there is a table between you. As soon as the game starts, a 180-degree wheel is displayed at the top of the screen, with the cursor constantly moving from side to side. The center of the wheel is the main part, which is marked in green, which means more focus and as a result, the impact will be more flawless. Your job in Slap Kings is to tap on the green (center) of the screen as soon as the cursor reaches to reach the maximum force of the player and then slap the opponent. Obviously, the closer this indicator is to the center, the more effective and powerful your blows will be. In Slap Kings, in addition to simple opponents, you can also slap various items such as box bags! By earning points and progressing through the stages, you can increase your strength and health before the start of each stage, and by passing the competitions, you can randomly benefit from personalization items such as various clothes. This game has completely three-dimensional designs, and its humorous and cartoon effects and approaches make the violence of this game more fantasy. However, Slap Kings are for people over 12 years old. Then you can download this fun game as a test from Usroid. It is worth mentioning that this title has been downloaded more than 10 million times on Google Play in a short period of time and has received a score of 4.3 out of 5.0 so far. 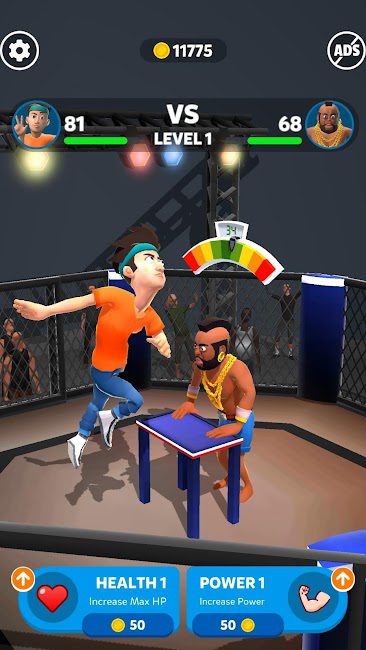 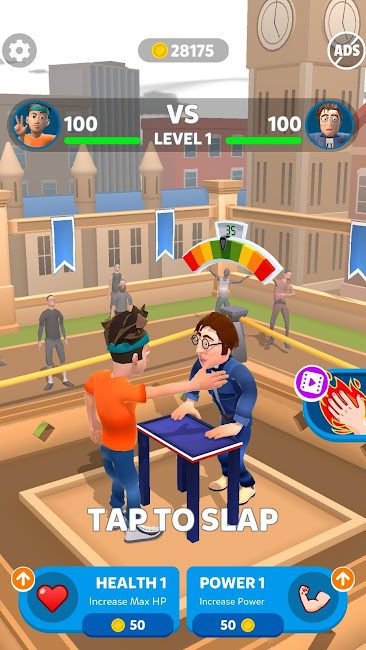 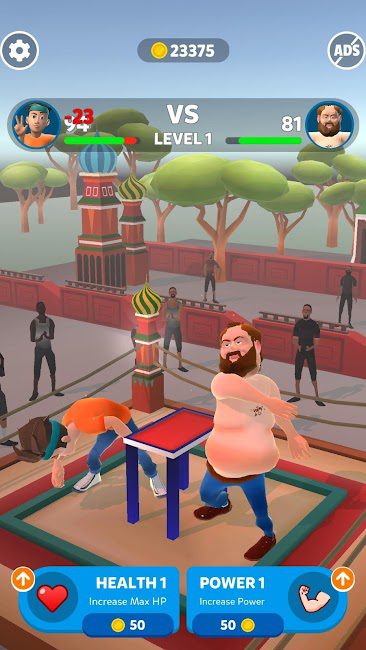 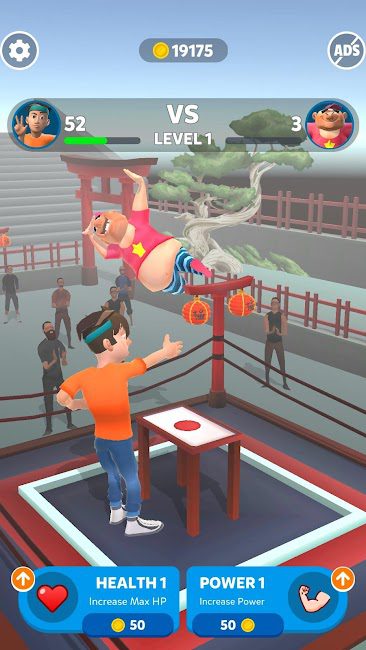