Slap That – Winner Slaps All – Slap Tournament is a simple but fun and entertaining action style game by the American studio Lion Studios, the creator of games such as Mr Bullet – Spy Puzzles , Popular Wars and Flip Trickster – Parkour Simulator . Available for free. This is the first game in Iran Published by Usroid and your service, dear ones. Slap That – Winner Slaps All is a fun title in which you play the role of an athlete who has participated in strange slapping competitions. These competitions, which also exist in the real world, are one of the most popular sports and competitions of the last decade and are a kind of annual festival and sporting event that is held in many countries as a championship. Now in Slap That – Winner Slaps All, these competitions have been reconstructed and you have to participate in them. The whole game is simple and learning it takes only a few minutes. In the first run of the game, you can learn the style and context of the game with its educational section to get acquainted with the gameplay. Your job in this game is simple. You and another opponent face each other, and each participant has one turn to slap the other opponent out of the match. This blow must be struck so firmly and accurately that your opponent is defeated.

In Slap That – Winner Slaps AllYou have to hit your opponent in two steps. This is followed by two general moves. In the first move, a bar that moves automatically moves horizontally from left to right. You must tap the screen correctly when the cursor of this bar reaches the center to start the second part. You have to do the same in the second part, but this time the cursor moves vertically. The main goal is to hit your opponent right on the face. This may seem simple, but this gameplay can be challenging enough. If you can not slap hard and perfect on the first blow, your opponent may remain physically strong, in which case it will be his turn to slap you. The competition continues until one of the two participants completely loses his power. But the main goal of the game is to slap the opponent and throw them at the spectators. The better you hit, the more spectators fall to the ground, and this is the criterion for your score. By earning points and coins, you can buy three different items, including more health items and more force. Slap That – Winner Slaps All game is currently being tested in two regular and mod versionsUsroid is ready to receive. 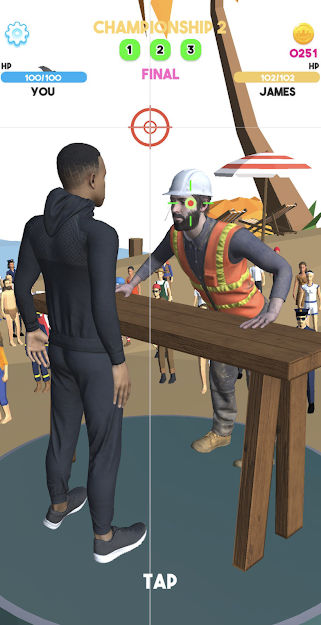 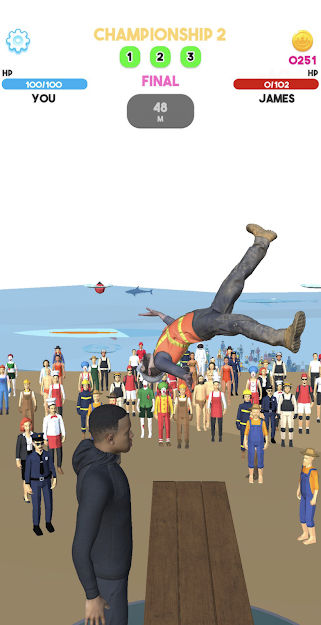 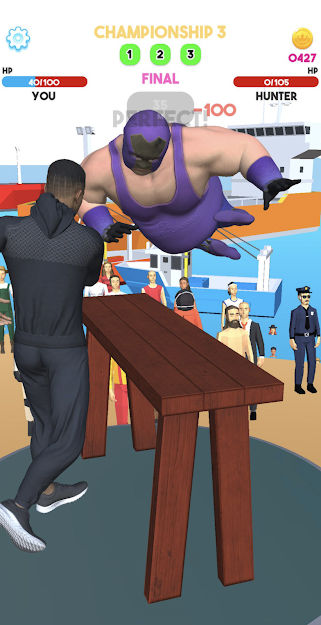 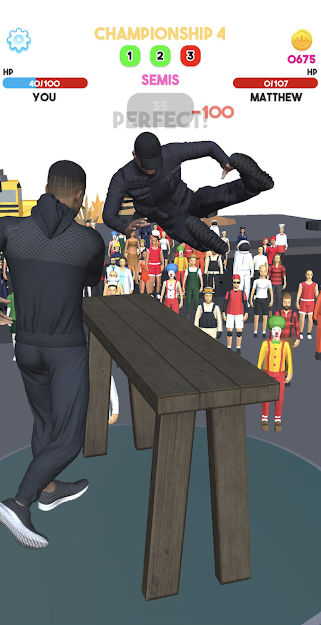 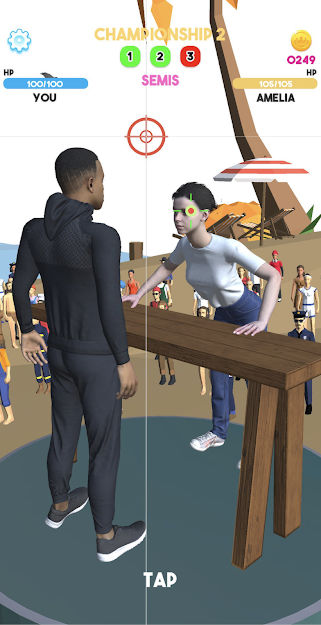 Slap That - Winner Slaps All