Sniper Zombies: Offline Game is another fun and action game from the Vietnamese studio VNG GAME STUDIOS, which is famous for making gun and zombie-themed first-person action games. This studio is the creator of famous games such as ZOMBIE SHOOTING SURVIVAL, DEAD WARFARE: Zombie, MAD ZOMBIES: Free Sniper Games or DEAD TARGET: Zombie game series. This time in Usroid, we decided to prepare another game from this studio for you. The game in question is called Sniper Zombies: Offline Game and like other games of the same developer, it has a lot of appeal for fans of action games, shooting, sniper and fans of battle games and killing zombies. Although this game has a similar and very stereotypical generality like the mentioned titles, but let’s not forget that not all games in all sections are going to be attractive to the audience. Games of this genre and other similar games in this field are supported only because of their good graphics, dynamic and fun gameplay, and Sniper Zombies: Offline Game is undoubtedly one of these games.

The story of Sniper Zombies: Offline Game is a repetitive yet fun, exciting and suitable story for an action game. It is not difficult to guess the story in games based on zombies and the world of the dead, and almost all of these types of games have exactly the same story. The same is true of the zombie sniper game, and the story is set in a post-future world that is being destroyed by a zombie army and few humans surviving. The number of zombies is increasing day by day and the danger of extinction is waiting for humanity. But as long as there is a hero like you who can save the lives of innocent human beings who may fall prey to these savage and bloodthirsty creatures, it is still possible to hope for the future of humanity. So take up arms and go to the destruction of these dangerous zombies, and not only save them from the danger of destruction by destroying them, but also experience a high and fascinating excitement from killing these zombies! In Sniper Zombies: Offline Game, you can buy a variety of weapons, including rifles, shotguns, pistols and, most importantly, sniper rifles (Snipe) and use them to shoot and kill zombies. There are dozens of different weapons that can be upgraded in this game that are designed with the best possible details. The graphics of the zombie sniper game is undoubtedly a turning point, which along with a smooth 3D gameplay can provide you with happy times. So if you are a fan of action games and killing zombies, do not hesitate and download the latest version of this game in a tested form along with a modded version of Usroid. Sniper Zombies: Offline Game has been downloaded more than 5 million times and managed to get a score of 4.4 out of 5.0. 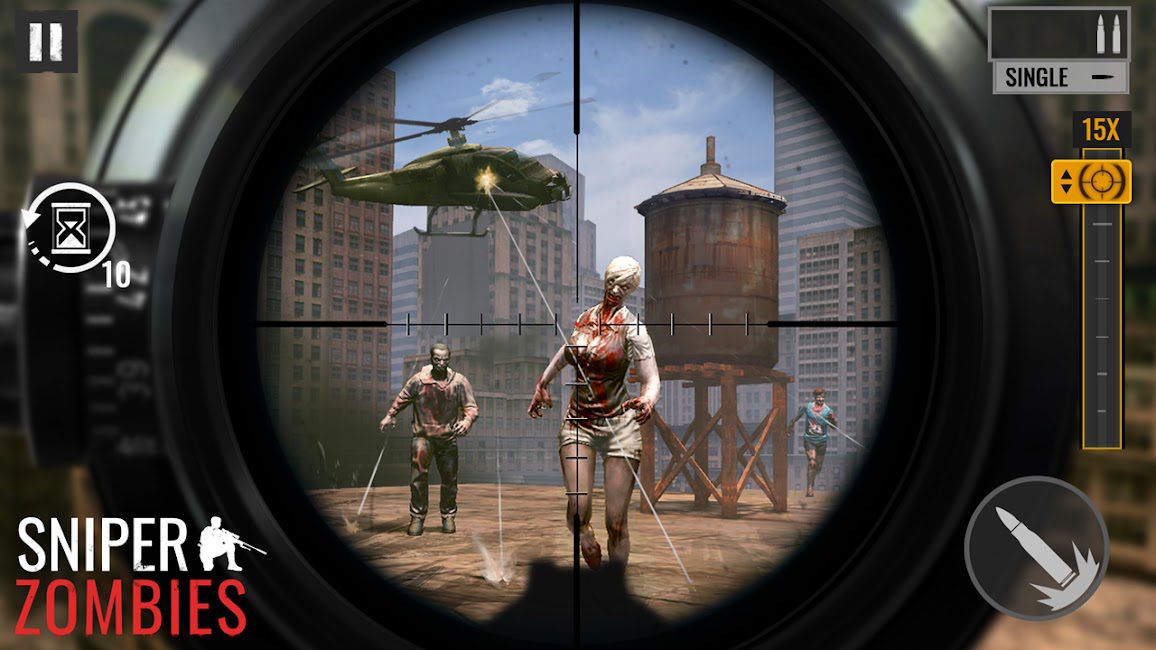 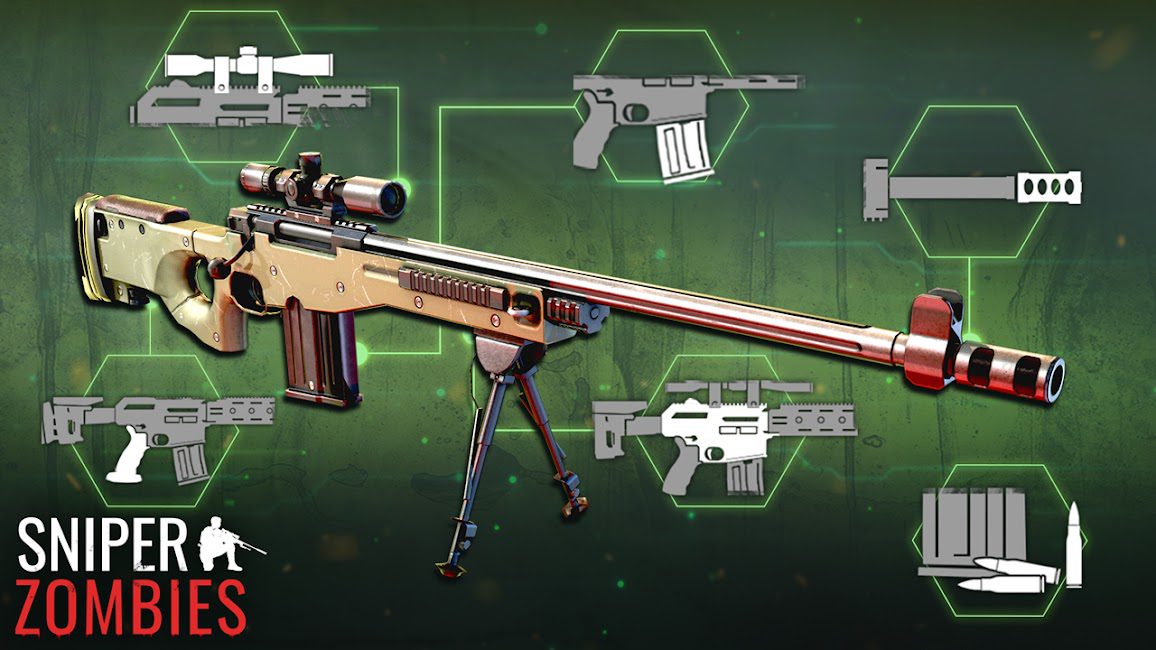 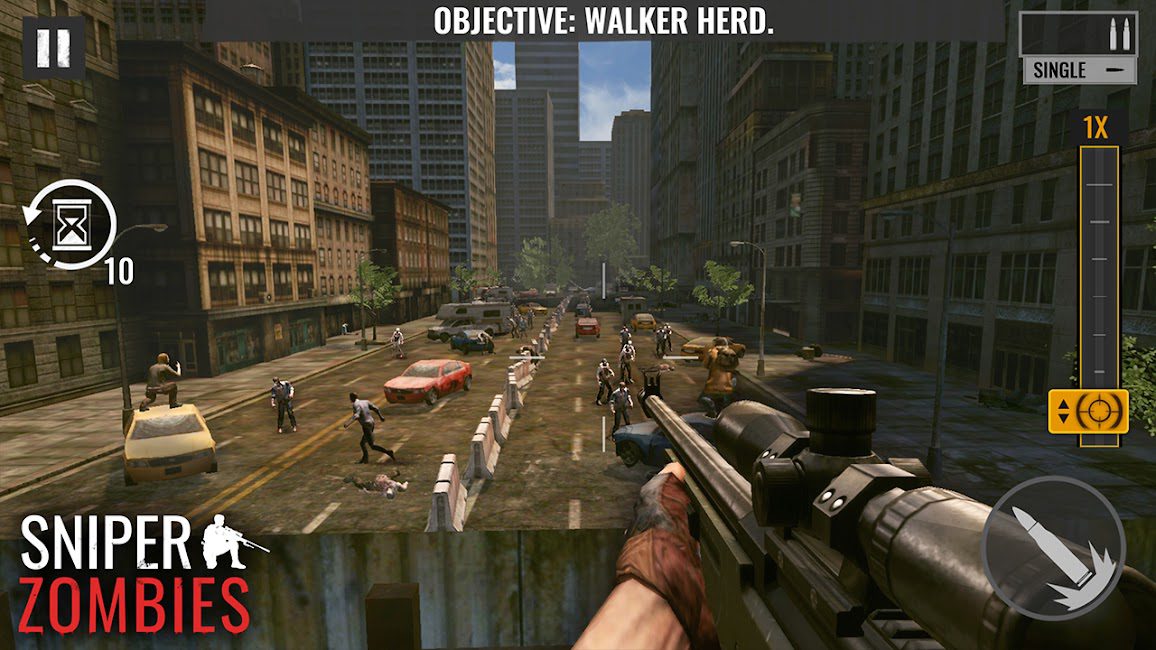 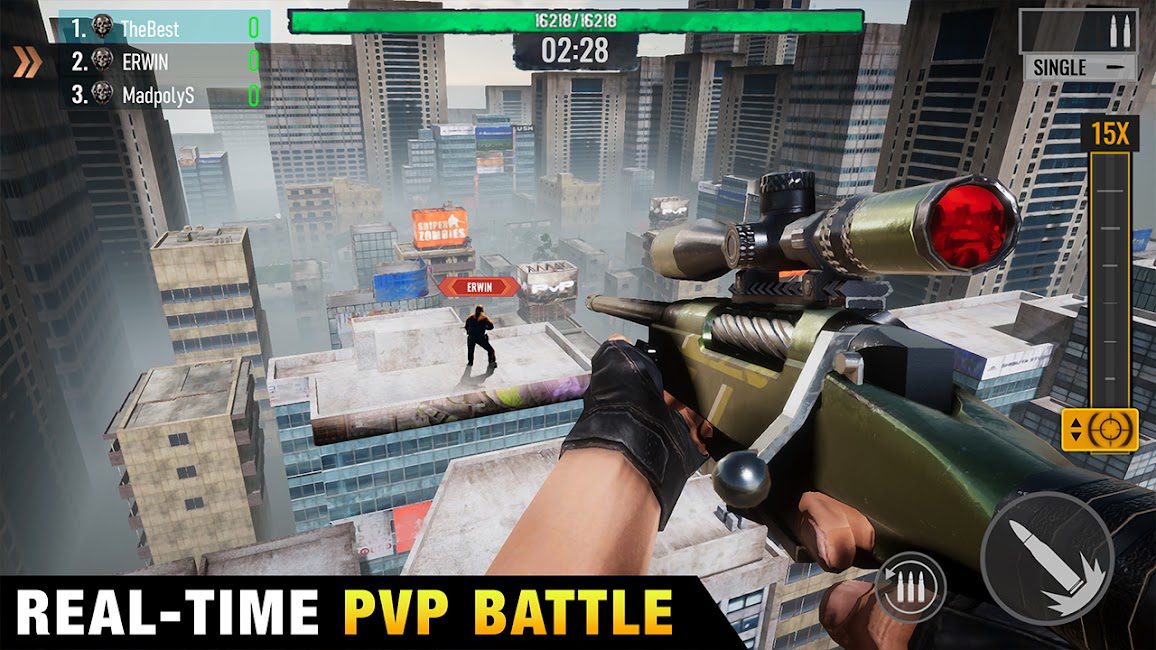 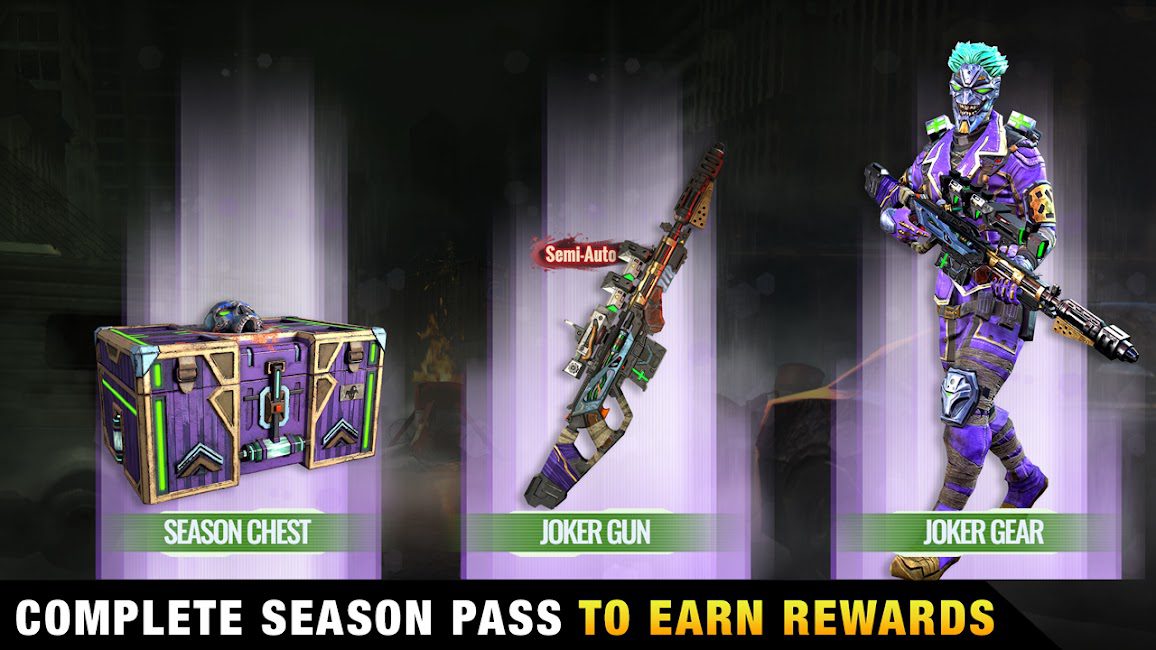 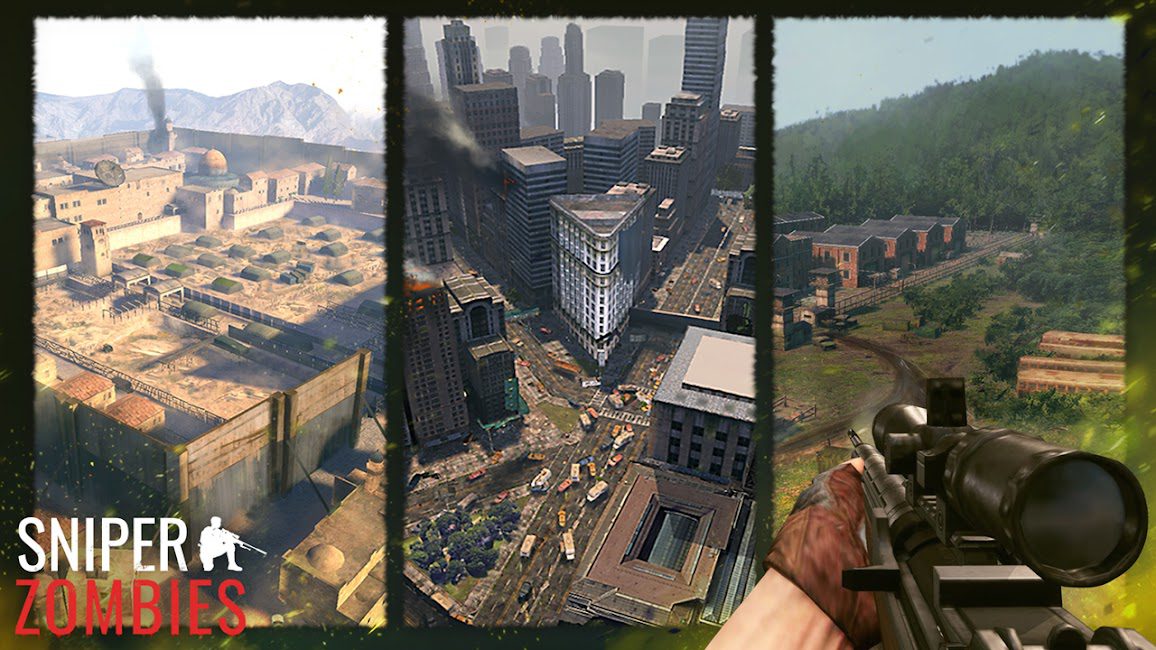 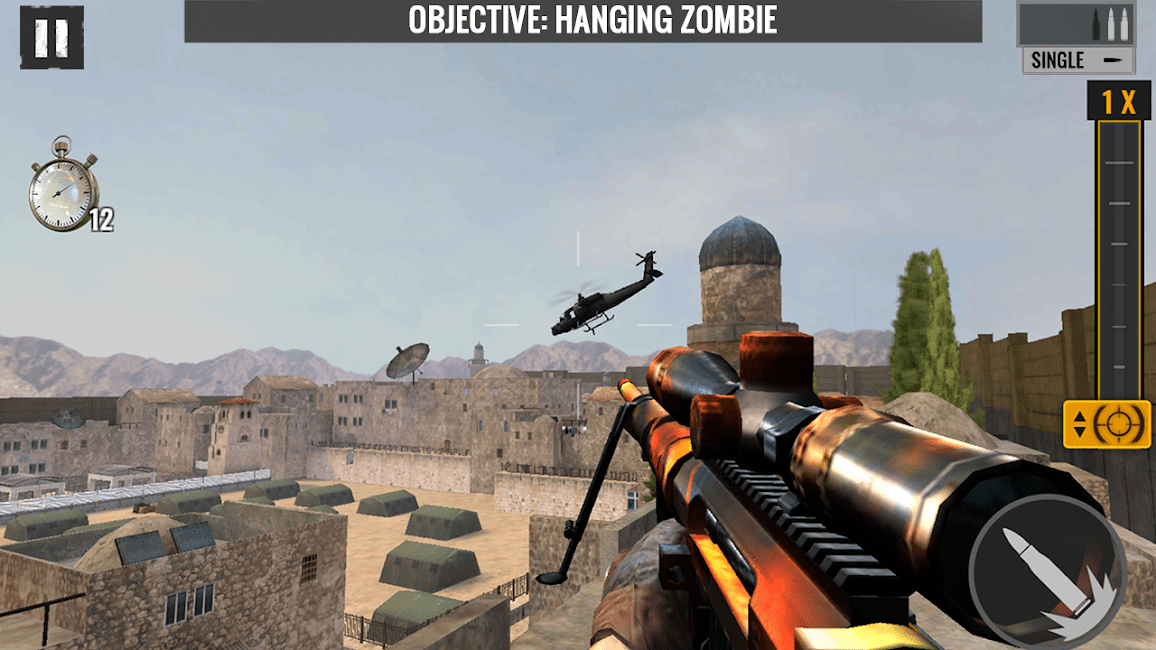 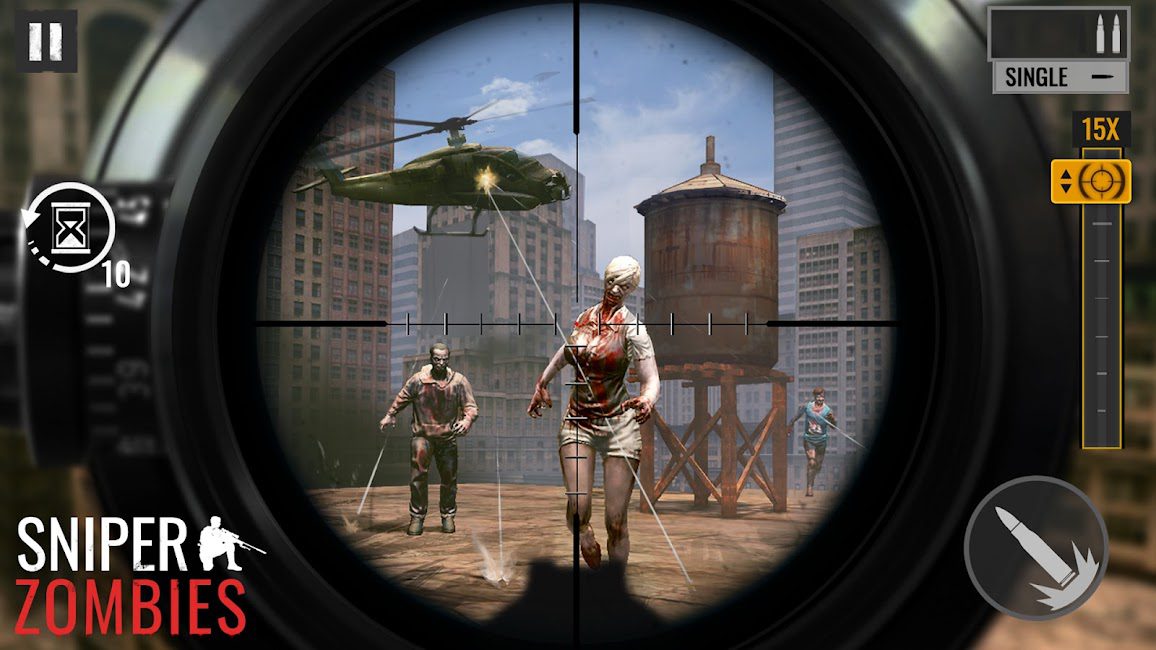