* Having an amazing story is beyond your imagination!

* Meet a variety of different characters including Oscar dolls

* Designed in the best possible way like movies (camera angle , movement and style)

* Includes a variety of puzzles, puzzles and a variety to be left behind by you

Syberia 2 Full game currently has a score of 4.6 out of 5.0 in the Play Store . In Usroid, we introduce the Android version for the first time to you, lovers of adventure games, and put it for download along with the data file! Join us to see pictures of the game and trailer…

The story of the game begins with the death of Ms. Anna Warlberg or Siberia 1, the first game you see a demo of Hans and Kate talking to each other and Kate promises Hans to help him until the end of his journey, Hans He is relieved, because he can reach his long-held dream after years of waiting. When the train demo is over at the next stop in Romansburg, Kate talks to Hans and sees that he is also working. The middle part of the train looks like a mechanic’s shop and is like a busy repair shop because Hans has such a spirit. . When Kate walks to the shop next to the station and talks to Colonel Govachev, the shop owner, he says that this is the last station before the Siberian wildlife. After tuning the train, Kate goes to Oscar and talks to him and realizes that the train needs coal. For this reason, Kate uses the coal transfer machine next to the station and draws votes for this lever, but there is no problem inside the train. Pour. Kate has to go to the southern part of the city to get coal, so she needs to open the gate, but the gate is locked, so she goes to the colonel, but the colonel says that the key is missing. Kate picks up some candy from inside the shop (one of the puzzles in the game) and then Malka, a little girl who lost her father some time ago. Before going near the gate, Kate meets Malka, Kate talks to Malka and realizes that Malka has the keys, but to give them colored candies, Kate, who has taken them from the candy store, throws them down the bridge and to Malka. Malka keeps her word and attaches the key to the balloon in her hand and releases the balloon, Kate takes the balloon and removes the key. Kate opens the gate and passes through it. Here is a demo showing Marson’s company office showing that the boss has sent a detective to find Kate at the behest of his mother and friends. Kate goes downstairs and checks the coal transfer machine and red-marks the coin. He picks it up, but the device needs fuel, so he has to get fuel. Kate talks to Malka and Malka tells him that the Burgov brothers know how the machine works. Kate goes to the circus café and talks to the circus manager. He recognizes Hans and says that Hans has to fix the cafe’s show mechanical horses because he has a problem and his customers are very upset when the horses are no longer working. Have decreased. Kate walks past the barges into the Borgf Brothers’ house, Kate opens the door to the middle of the living room, and immediately Yuki comes out and escapes – the younger brother, Ivan, runs after Yuki and leaves – Kate in this The distance from inside the life and the gas tank takes some fuel, and he talks to his older brother, Igor, but Ivan arrives and takes Kate out. Insert the fuel kit into the machine and after pulling the lever, the coals are poured into the train. Kate prepares to move and walks over to Oscar, saying that everything is ready to move, but Oscar says that Hans has disappeared. Kate goes to the circus café and finds Hans there. Hans is upset and they take him on the train. He needs a doctor, but there is no doctor in the city, and usually the patients either get well on their own or go to the priest. I’m late. So Kate is forced to take Hans to the priest, so according to the rules, a special cloth must be placed on the patient’s face and he must take it. For the same kit, he goes to the device next to the bridge to remove that cloth, but it needs something to When he opens the door, after talking to Malka, he gives the device to Kate to open it, and after opening it, Kate picks up the napkin and puts it on Hans’s face. Kate takes a warm suit from the colonel and puts it inside the train so she can cross the bridge as the height across the bridge increases and the air gets very cold. Kate goes to the other side of the bridge and Waqit wants to enter late. She is not allowed because she is a female. To enter the monk, Kate tricks at the monastery, takes off his robe and puts it on, and then enters the monastery. After talking to the high priest and giving him a handkerchief, he passes Hans and the monks take Hans into the monastery. The priest says that there is no hope. There is no way Hans can survive.
After obtaining Alex’s book from the top floor of the bookcase and a secret drawer, Kate realizes that Alex’s brother’s method is the same as the Yokols used to cure it (the Yokols are a very old and noble people living in Siberia, they live with mammoths They used their flesh, skin, and fat to eat and keep warm and light, and these ten tribes are still stable. The method is to mix a candle made of paraffin or mammoth fat with a special plant and Put it in a mold and light it on top of the patient.After solving many riddles in Deir ez-Zor, Kate finally achieves this goal and also heals Hans and escapes from Deir ez-Zor (he escapes because the High Priest is a vile person who also killed Perd Malka himself, who did not heal him. Malika’s father and the words that he also told Kate, that he was incurable, hit the people of the city, causing Malika’s father to die and bury his body in the monastery) 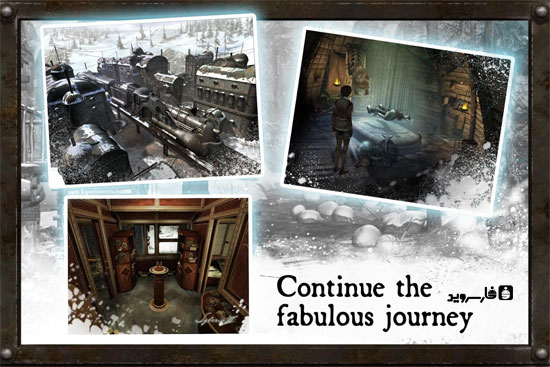 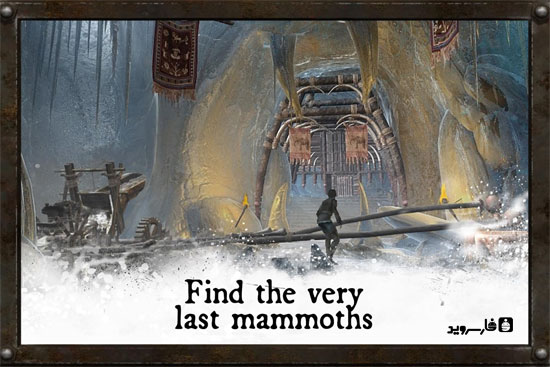 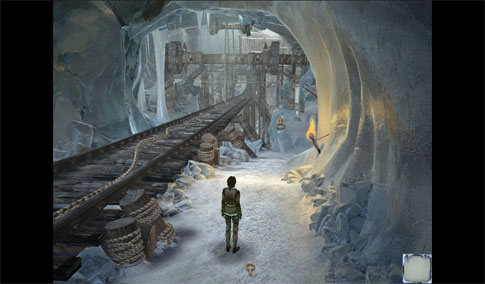 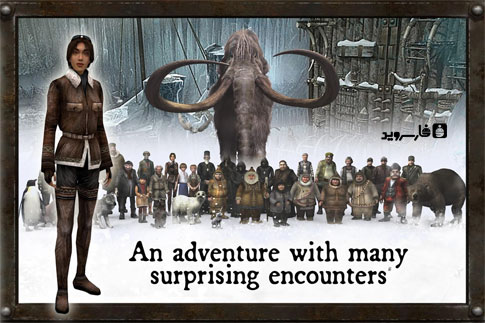 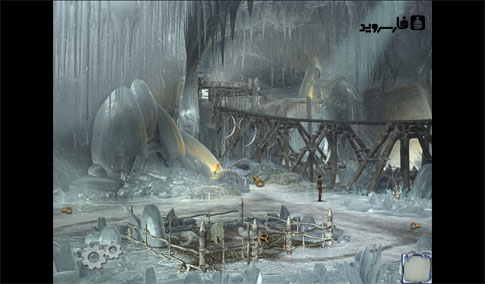