The Lord of the Rings: Rise to War is a very professional and attractive title in the style of strategy games from the famous and well-known Netease Games studio, the creator of famous and great games like Cyber ​​Hunter  ,  Stick Fight: The Game Mobile , Ride Out Heroes ,  Disorder  ,  LifeAfter: Night falls  ,  Ride Out Heroes  ,  Super Mecha Champions  ,  Dawn of Isles ,  Identity V  ,  Stick Fight: The Game Mobile  or  MARVEL Super War , which like all these titles in the form of online games but it is offered with in-app payment capability. This time, for the first time among all Iranian sites and at the same time with the release of the final and complete version of this game, we have prepared it and provided it for you dear ones for free. Netease Games Studio has worked directly with major companies such as MARVEL and now, in another collaboration with the prestigious Warner Bros. company, has designed another official game that is made from a unique franchise and with the cooperation of this company, has launched a release. The game, which The Lord of the Rings: Rise to War is based on the popular and classic Lord of the Rings story and modeled on the Lord of the Rings movie trilogy, is one of the few official games from the Lord of the Rings franchise. Be rings. This game is the result of many years of efforts of this professional studio, and the result has been very evolving and admirable, and it must be said that in The Lord of the Rings: Rise to War, you are not dealing with a simple mobile title, but with a You are facing a very complete and well-made strategy game.

The Lord of the Rings: Rise to War although not the first Lord of the Rings strategy game, it is without a doubt one of the best. This game tells exactly the main story of the Lord of the Rings movie series and books from another angle. This time you can start the game not only in the role of good humans or elves, but also in the role of negative characters. Starting the game, you have the opportunity to choose the kingdom you want from the various kingdoms that are all present in the Middle-earth (Middle-earth). These kingdoms include kingdoms of humans, rangers, elves, dwarves, and finally the evil forces of Cyron in lands such as Eisengard and Mordor. At the beginning of the game, by selecting the desired kingdom, you can build an army, expand lands and conquer other areas of the Middle Land in the form of the military leader of that kingdom. The style of play is completely strategic and tactical. This means that you have to consider everything well for every decision you make in the game. Your job is not just to build and expand a military army, but you must instantly and professionally manage the buildings and different parts of your kingdom, as well as use the various forces, experienced commanders and everything you need to defend yourself. One of the charms of The Lord of the Rings: Rise to War is the presence of the most popular characters in Lord of the Rings movies such as Aragorn, Gandalf, Frodo, Legolas and.. So if you are a big fan of Lord of the Rings movies and you want to experience the fascinating world of Middle-earth this time by your own choice and decisions, get the latest version of this game in a tested form from Usroid direct links right now. And start your strategic adventure.

– Download the data file and decompress it. Copy the com.netease.lotr folder to Android/obb internal storage. 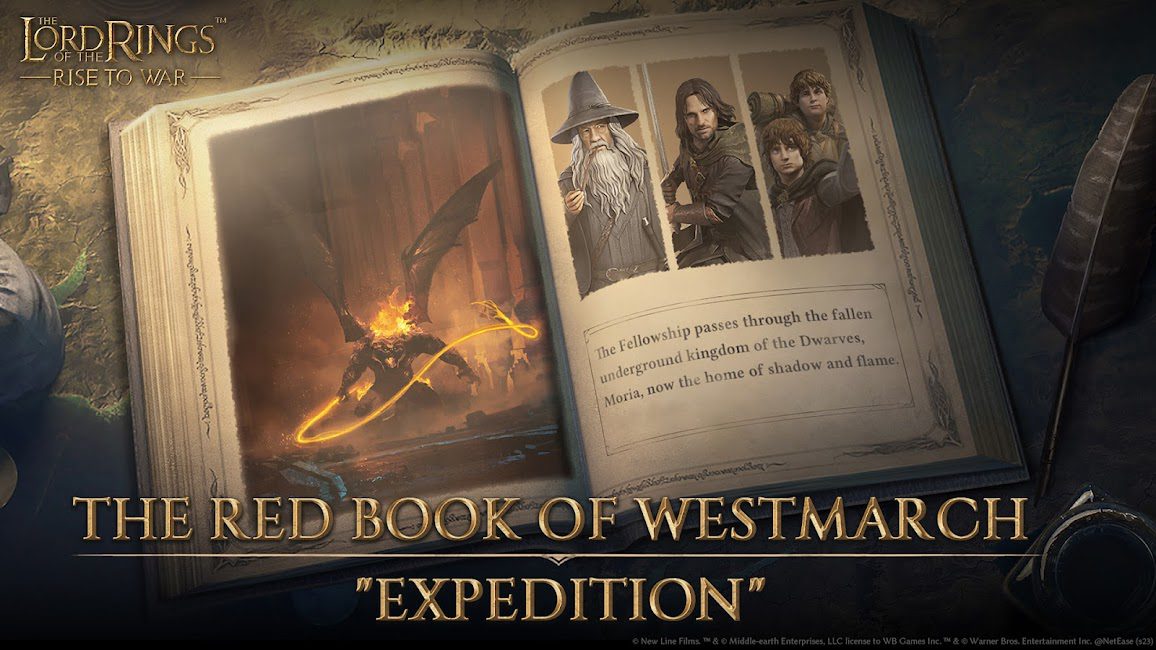 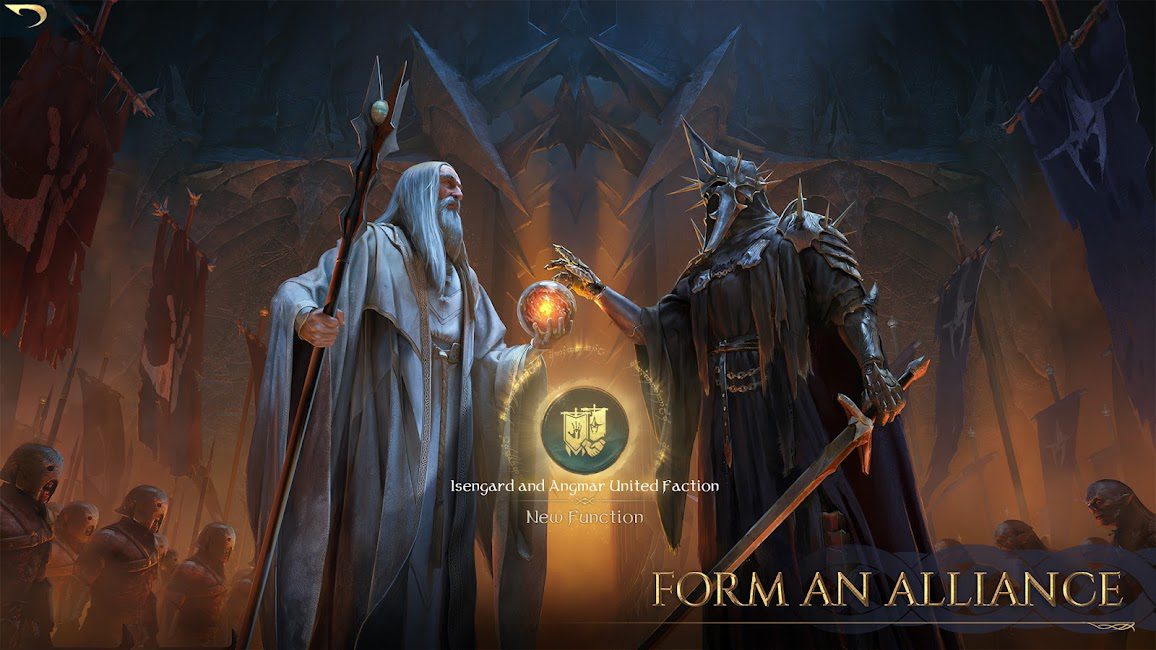 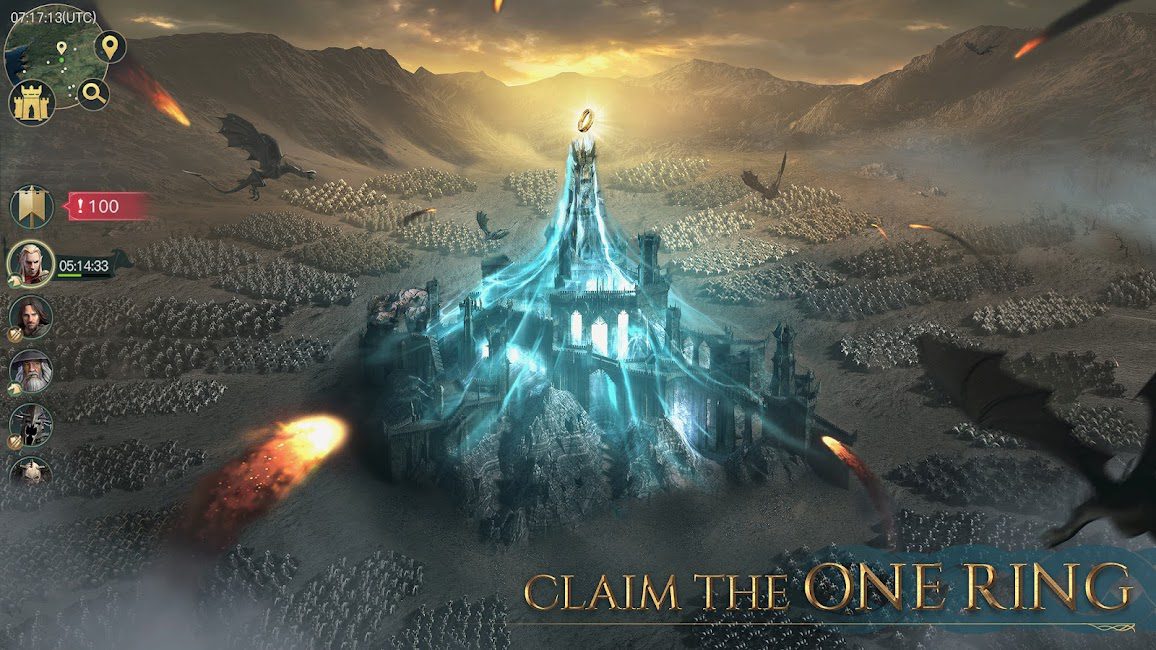 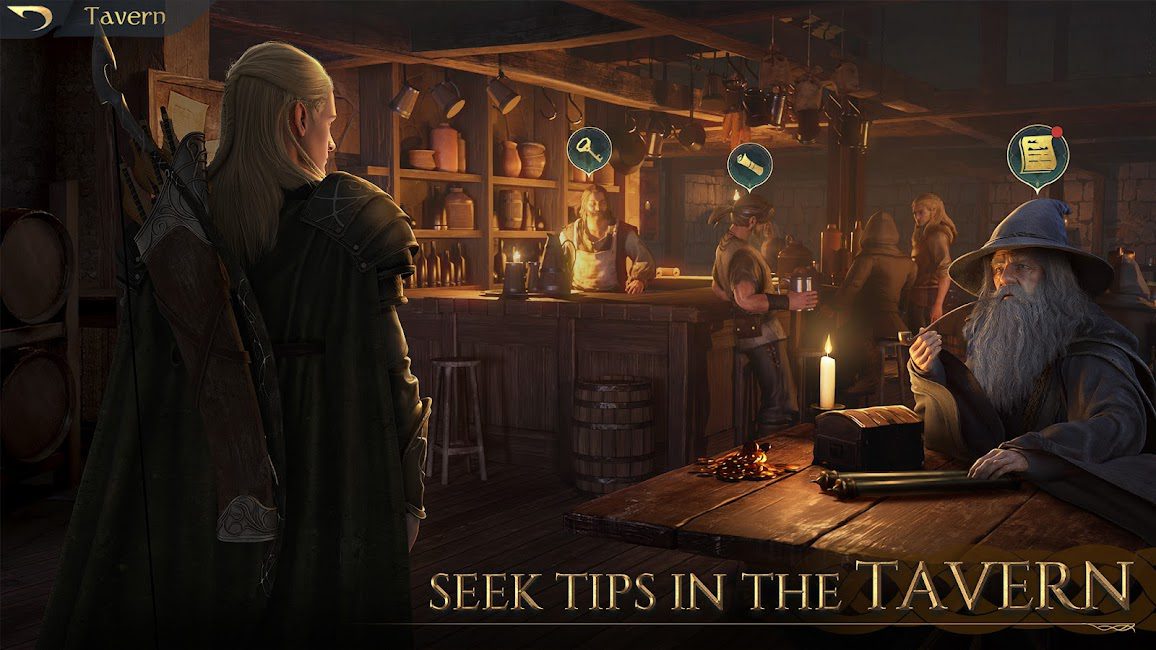 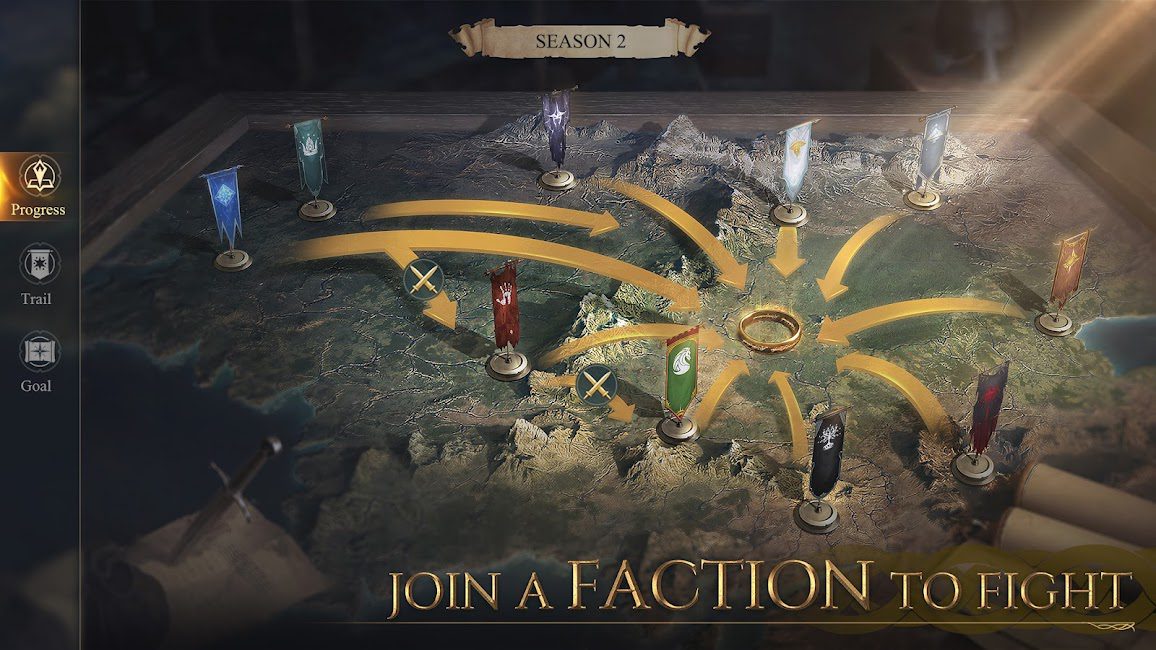 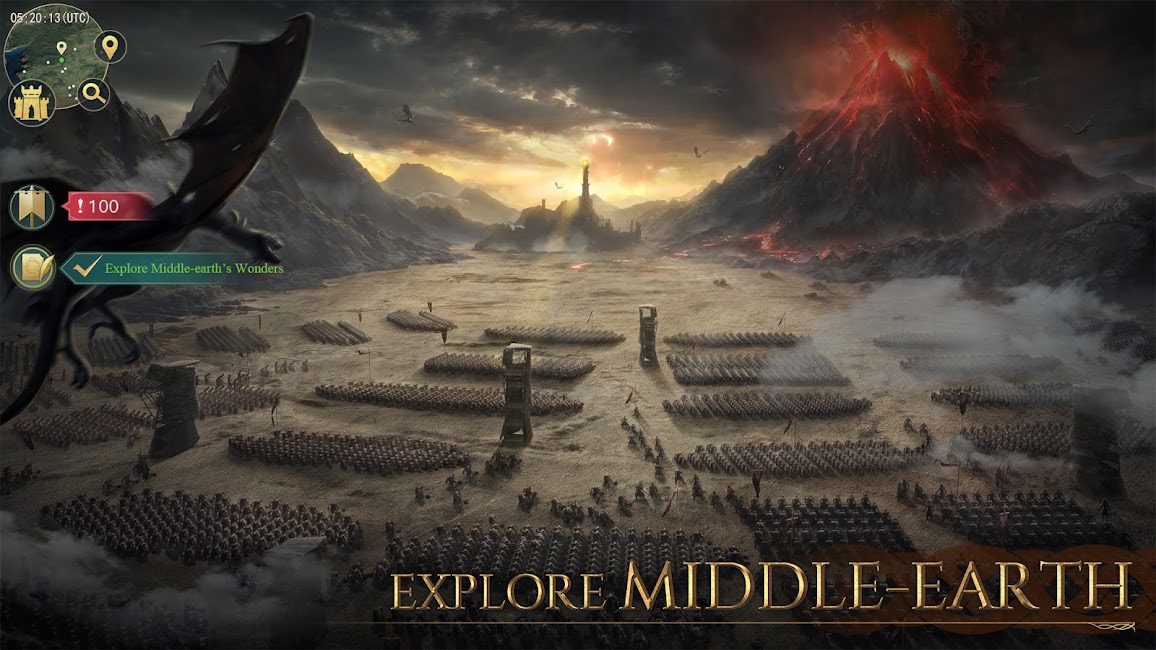 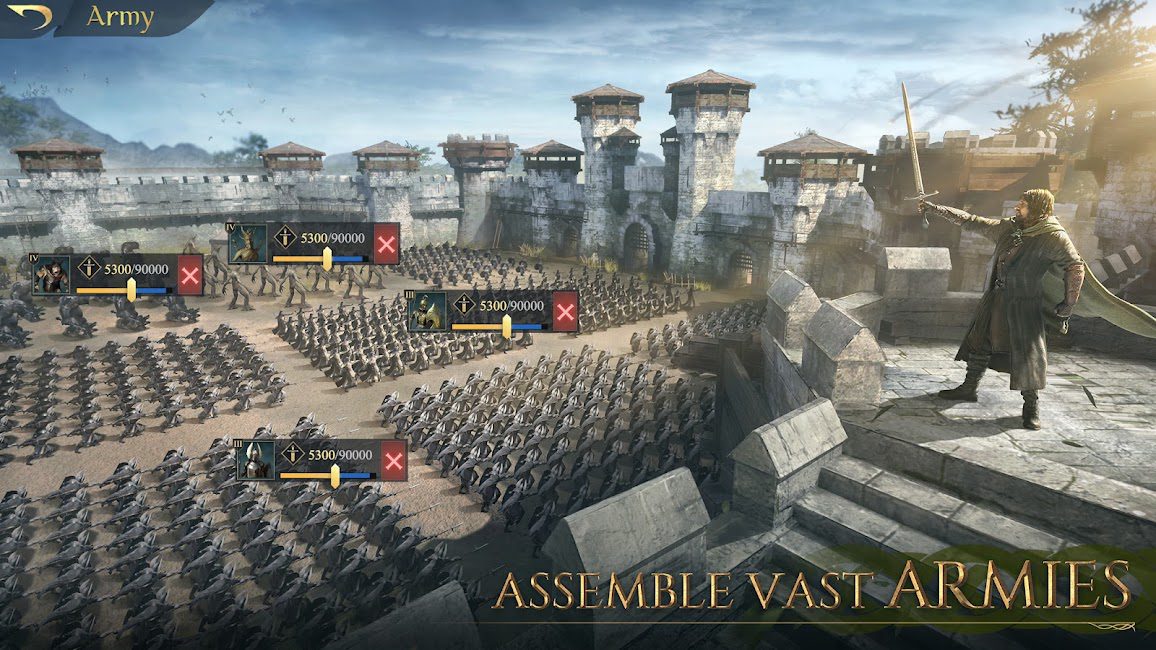 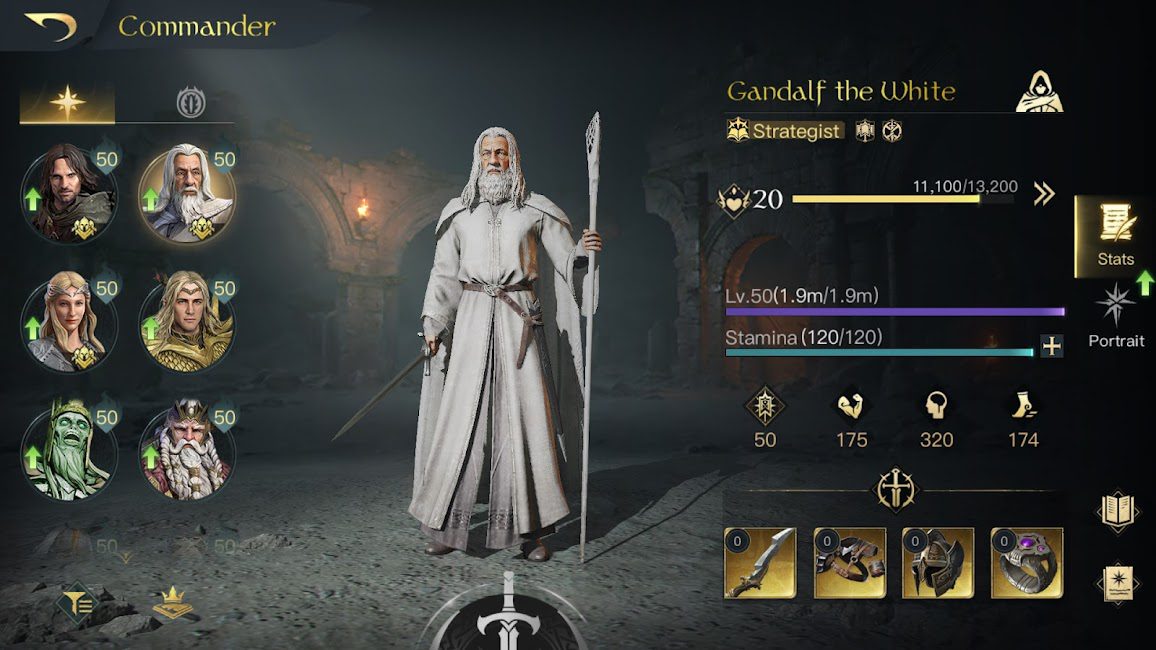 The Lord of the Rings: Rise to War