Jewel Empire: Quest & Match 3 Puzzle – Empire of jewels: 3-piece puzzle is the name of a very small and at the same time well-made and entertaining puzzle game of the type of 3-piece or Match-3 Puzzle. Developed for free by the game company Teskin Games and made available to Android users around the world on Google Play. Usroid has prepared, reviewed and prepared this game at the same time with the release of this game on Google Play, and the latest version of this game along with its modded version for the first time in Iran.Introduces and publishes. Surely you are familiar with the popular style of jigsaw and puzzle games. A style that hundreds and perhaps thousands of different games have been made and paid for to date, and in recent years have become one of the regular games on mobile phones and tablets. Usually these games are offered along with management games, but maybe some people are just looking for these puzzle games themselves. If you are one of these players then Jewel Empire: Quest & Match 3 Puzzle is made for you. Jewels Empire game is a puzzle game of 3 puzzles that is very simple and conceptually designed. There are no complicated items in this game, and the general method can be learned in just a few seconds, even if you are not familiar with this style of game.

In Jewel Empire: Quest & Match 3 PuzzleYou have to solve puzzles in which there are colorful jewels. Your job is to place the same and one color jewelry in a row of 3 vertical or horizontal. In fact, the minimum number needed to solve a row is 3 items. But of course, if the number of items in each row is more than this, the score will be higher. All you have to do is move the items from house to house with the side items to put the same items together. By putting these identical items together, they are removed from the screen and their space is filled with new items. There are also special items to earn special points in Jewel Empire: Quest & Match 3 Puzzle to increase the game’s appeal and reduce its repetition. This game has 2 general modes. There are over 500 stages in the main section that can keep you entertained for hours. Jewel Empire with simple but charming designs along with colorful effects and smooth gameplay will be an attractive and fun option for every age and taste. Do not forget that this game has a very small volume and there is no problem in running it even on weak devices.Usroid has prepared and released this game with its modded and unlocked version. Jewel Empire: Quest & Match 3 Puzzle crossed the 1 million download mark on Google Play in a very short time and managed to get a score of 4.4 out of 5.0 . 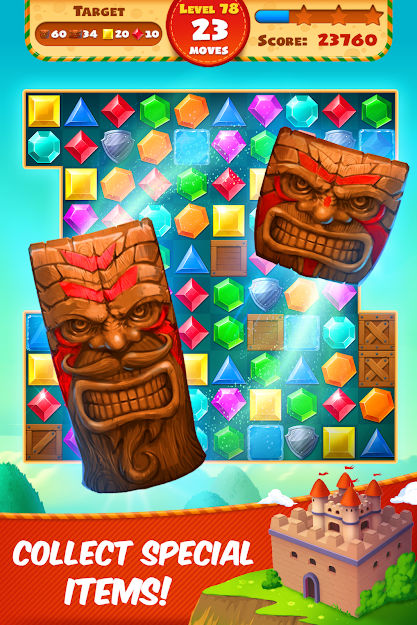 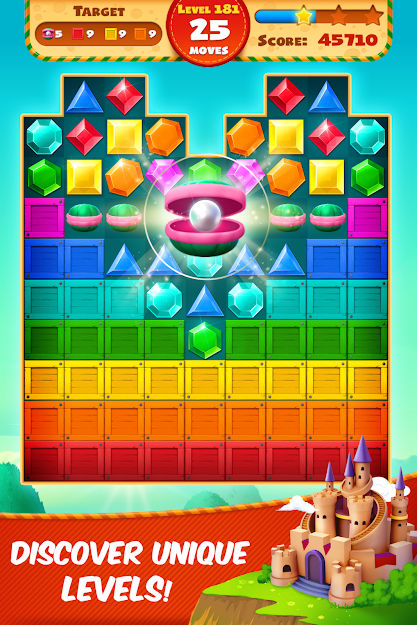 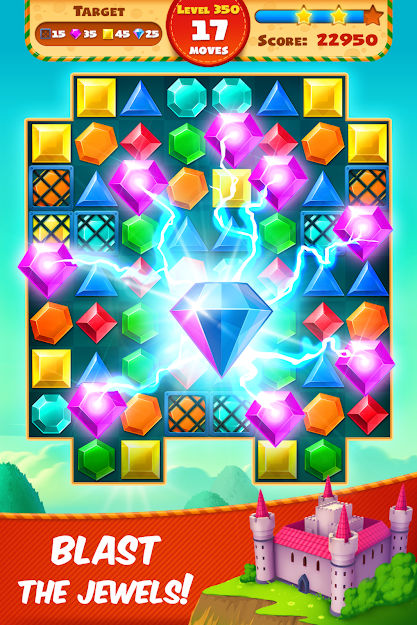 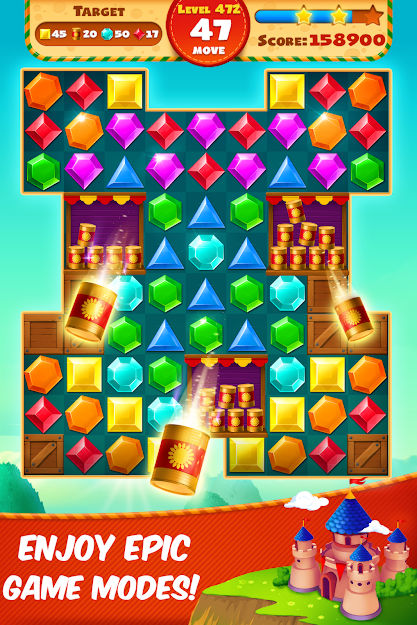 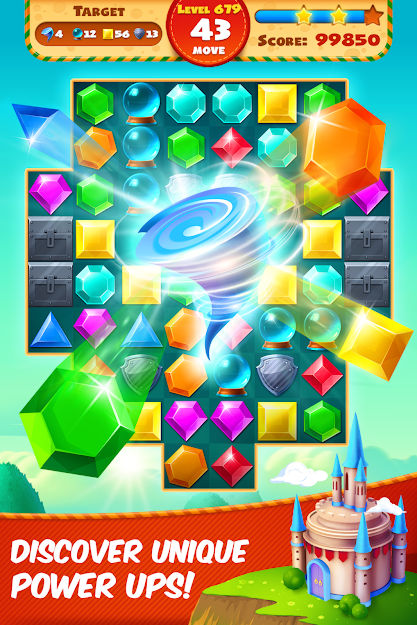 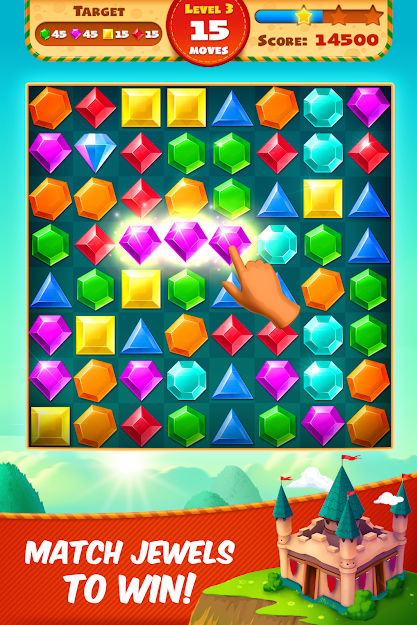