After introducing different music players with various features and capabilities, today we intend to introduce another Android music player , which in addition to having an extremely beautiful and attractive appearance, has the ability to play your music in three dimensions and can play your music. Play with great quality and 3D surround effects for you. As you know and see, the default player of the phone on the one hand has a simple appearance and on the other hand does not provide many features to the user, so the installation of a music player on Android users feels that it can meet all the needs of users in the field Meet the music player; MAVEN Music Player is one of the music player software that was recently released for Android and its beauty is admirable.

One of the things that has been considered in this music player is preventing damage to your ears! This music player is designed in such a way that when you listen to songs with headphones, it not only does not cause you a headache, but also brings you more pleasant moments.

MAVEN Music Player supports four languages: English, Chinese, Japanese and Korean, and with its unique capabilities, it will surely surprise you. Features of this music player include having a sleep timer to automatically stop playback when you go to sleep, having widgets in different sizes for the home screen that you can manage your music playback through the home screen , control the screen brightness He mentioned having a plug-in to display the lyrics of the songs being played, adjusting the equalizer and supporting MP3, OGG, WAV, MP4, M4A, FLAC and WMA audio formats.

The unique music player MAVEN Music Player is now sold in the Android Market for $ 2 and has received a score of 4.8 out of 5 , which indicates the popularity of this program with users. You can download the latest version of MAVEN Music Player for free and with one click for your Android smartphone and enjoy having amazing music player! 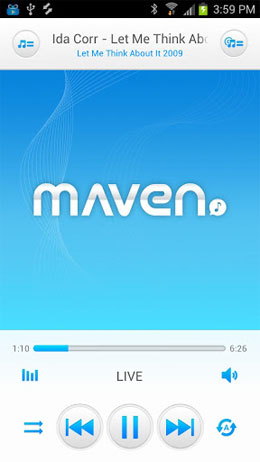 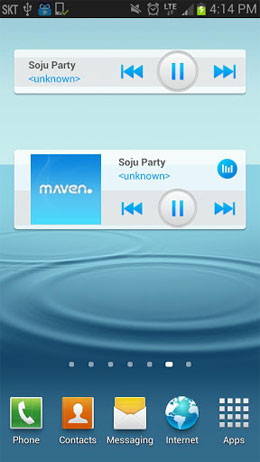 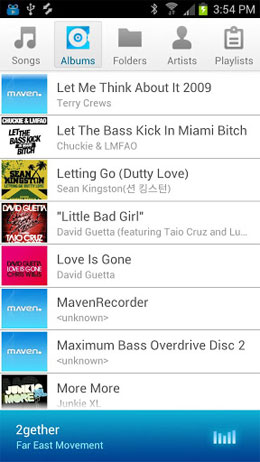