Smash Colors 3D – Rhythm Game is a simple but very fun and attractive title in the style of musical games, which is offered for free but with the ability to pay in-app by Hong Kong studio Badsnowball Limited for Android devices. Has been. Badsnowball Limited Studio is one of the game companies that works exclusively on the production and release of music style games and, like other competitors in this field, is trying to gain a better position in this field and in These competitions become more popular. Other similar titles offered by this developer and introduced in Usroid include games such as Beat Shooter – Gunshots Rhythm Game , Beat Racing , Dot n Beat – Test your hand speed or Beat Zombie: Rhythm Shooting . Which were introduced in other content from Usroid. This time, we are proud to announce that as the first Iranian website, we have introduced and published another game on the web, and the latest version has been prepared at the same time as it was published on Google Play, along with an exclusive mod version for download. We have made. So if you are a fan of musical games and record-breaking, do not miss this game and stay tuned to Usroid.

Smash Colors 3D – Rhythm Game is an interesting rhythm game that has an attractive database of the best electronic and exciting music that have been selected professionally. Each song is a special game and the effect of its special rhythm in the process of that stage is quite obvious. The general process of the game is like any other musical game and there are many similar versions of this game, but in this game you will have more achievements and more diverse personalizations. In this regard, it should be said that Smash Colors 3D – Rhythm Game is more developed than almost all games in the same category, because you can customize almost everything in this game to your liking. Your main goal during the game is to destroy colored items. At the beginning of the game, you are in charge of guiding a ball, which is also customizable, and you can rotate it 360 degrees in a tunnel path by holding your finger on the screen. In front of you are colorful houses and items in a row, but among them there are various colored houses. You have to destroy the same colored houses that are exactly the same color as your ball and collect their so-called points. The more you progress in the game, the more challenging the stages become. Smash Colors 3D – Rhythm Game is provided by default with some pre-prepared music, but to get more music and stages, you can download them from within the game via the Internet. If you still want to get more acquainted with Smash Colors 3D – Rhythm Game, you can take a look at the video of the game trailer and then download the latest version of this game for free from Usroid download box. 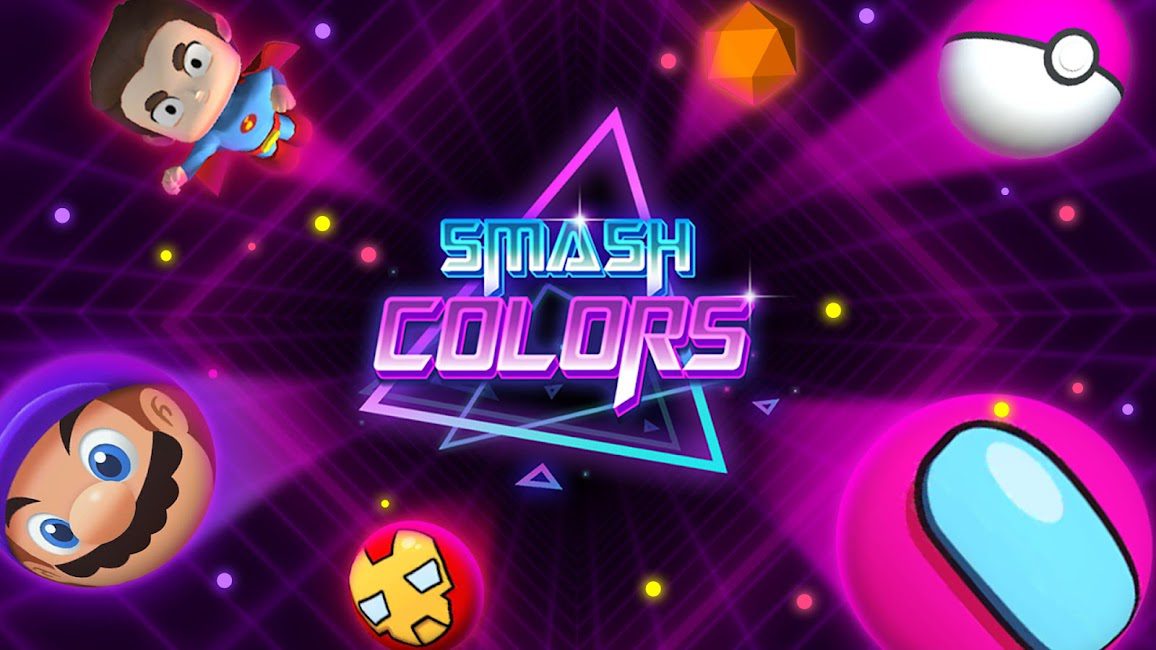