Beat Jumper: EDM up – Beat Jumper is another music game from the popular AMANOTES studio in Singapore, which has been released for free but with in-app payments. Usroid is proud to announce that it has prepared this game for the first time among all USA sites and has prepared an exclusive mod version of it along with the original version for you dear ones. AMANOTES Studios is very famous for making musical games. Game Tap Tap Reborn , Piano Solo , Infinity Run , Magic Tiles , Dancing Road , Dancing Ballz , Beat Hopper or Color Hop 3D some of the most famous games of this studio are in musical style. In fact, the gaming company is only involved in making music games, and it is clear that the group is working to develop and release high-end games in this genre. It should also be noted that Amanotz is a more powerful mobile game development studio in the field of making and releasing musical games, and so far no other studio has been able to produce this amount of games in this genre. Is the case. Beat Jumper: EDM up is another game that has been released in the same style and has been added to AMANOTES studio’s list of titles. Although the game is a musical title, it has a different gameplay and exclusive design than other Amanotz games, which makes this creative studio admirable for making different games in one style.

In Beat Jumper: EDM up You can select different songs from several different music genres and perform specific steps for each. These genres include Pop, Dance, Classical, Rock, and most importantly, the EDM or electronic music genre, which has a very special place in music games. Dozens of different tracks and songs from different composers and artists have been collected in this game, most of which are among the world’s top music. By selecting any of these songs, you can play a game attributed to their rhythm. The whole simple game and doing it is more relaxing and fun than challenging. In this game you have to guide a ball upwards. After landing on a house, the ball is thrown up like a spring and goes to the next house. You have the task of controlling the ball in the air and trying to land on the center of the next house to get the full score. In Beat Jumper: EDM up, you can earn points by doing each step, and of course, you can collect more diamonds in each step. You can then use these diamonds to buy and unlock various items, such as different sketches of balls or lock cracks. The game has been downloaded more than 10 million times on Google Play, and now the latest official version with its exclusive modded version of Usroid can be downloaded.

Note: This game can be run offline and no separate data has been released for it, but the tracks and songs will be downloaded inside the game by selecting them. To play any song (stage), you must first download it, and if your Internet connection is not connected, that stage will not run. 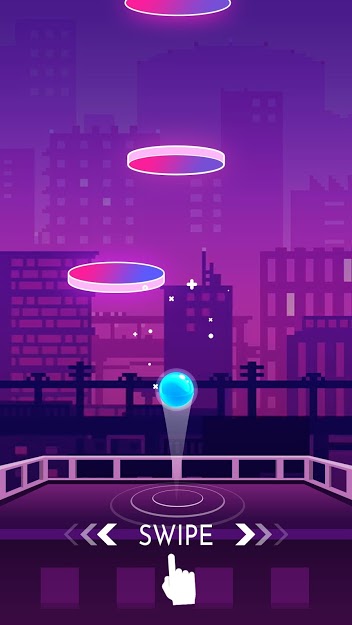 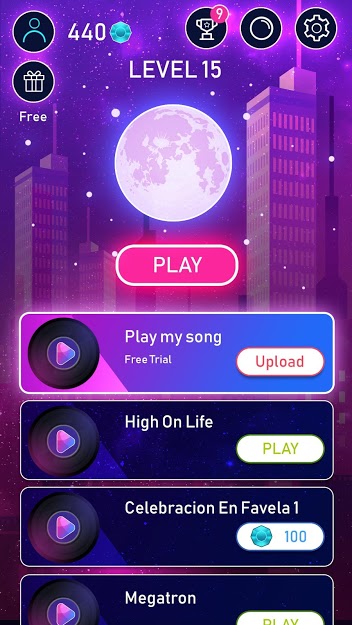 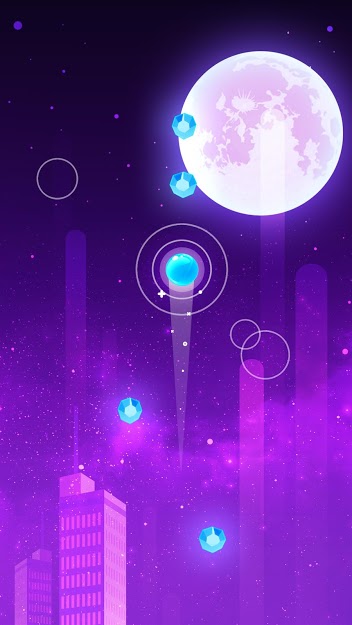 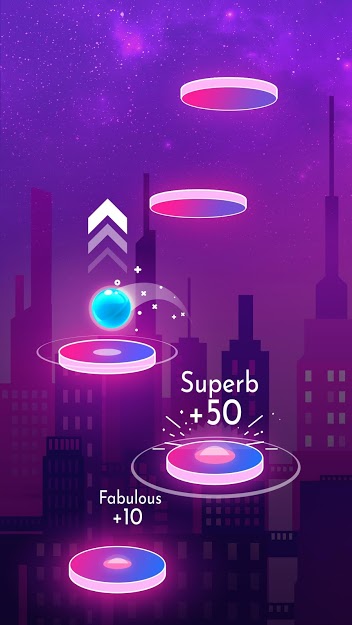 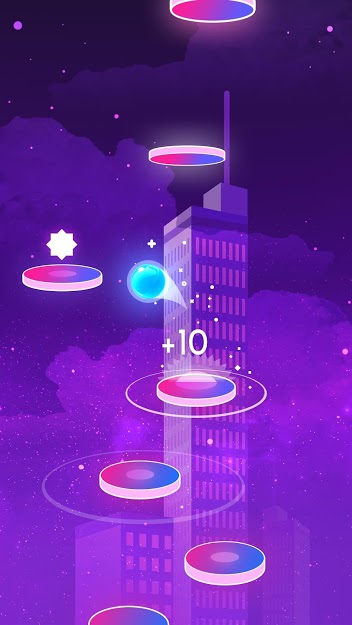