Spanish, along with English and Chinese, are the largest languages ​​in the world in terms of number of speakers. Apart from Spain itself, many countries in Central and South America speak Spanish, and even 20 percent of the US population is Hispanic. So learning this language can offer a lot of opportunities to people, and that is why every year millions of people go to language classes to learn Spanish. Learning a new language is always difficult and requires a lot of time and energy. These days, everyone’s life is full of different occupations and tasks that prevent them from dealing with other issues, such as language learning. Today we are at your service with a plan to solve this problem. Drops: Learn Spanish. Speak SpanishThe title of an application for quick and easy learning of Spanish, for the Android operating system, developed by Language Drops and published for free on Google Play. The creators of this program have realized the tedious process of language learning, so by inventing a new method, they have tried to make language learning out of its dry and boring state and turn it into a fun and entertaining task. To achieve this goal, they have designed various games that the user can use to learn Spanish words and their pronunciation while enjoying the game. Instead of translating words into a specific language, they translate it into a language that we all understand, that is, they express the meaning of each word with its pictures. Training sessions take only 5 minutes to make learning faster and less time consuming.

Drops app : Learn Spanish. Speak Spanish is a simple, interesting and easy way to learn Spanish quickly, which with the satisfaction of Android users has been able to get an excellent score of 4.7 out of 5.0 from Google Play users. Now you can download the original version of this program with all the features and capabilities from Usroid for free.

Note: Drop application is not hacked and it is not possible to use its monetary facilities for free. 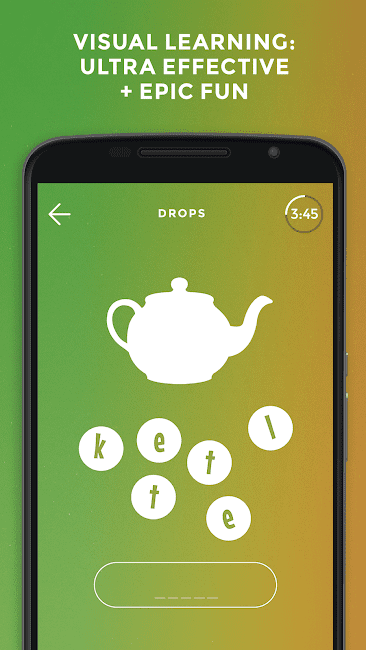 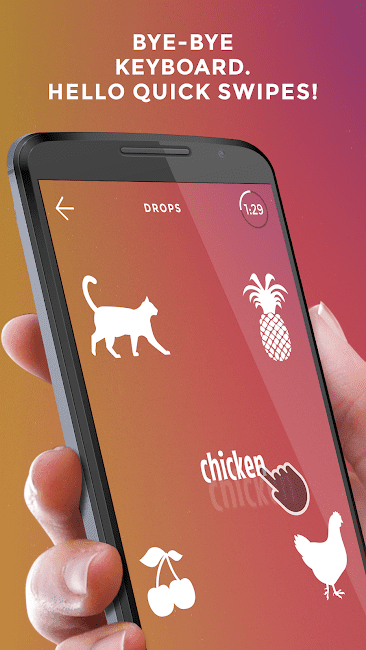 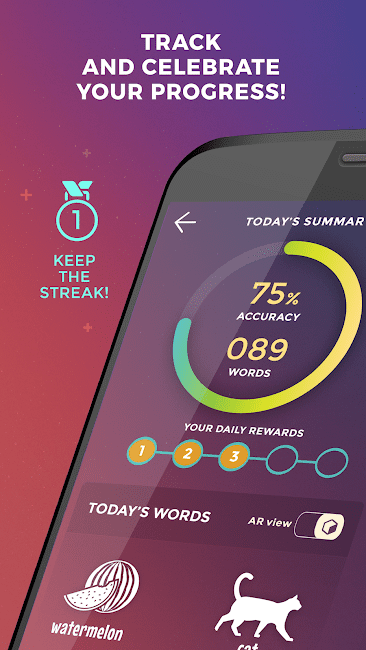 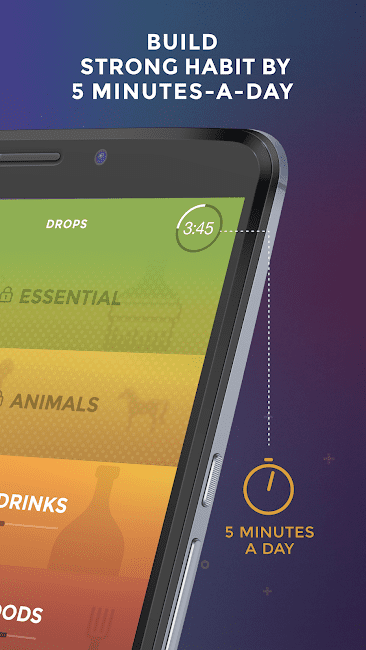