Bob’s World – Super Adventure – Adventure in the world of Bob is an arcade game with two-dimensional designs, which is actually a copy of the famous and nostalgic game Super Mario or the mushroom eater. We have already seen the release of several similar games modeled on Super Mario, which may include games like Lep’s World. This time, with the introduction of Bob’s World – Super Adventure game, we intend to delight fans of the classic Super Mario game with a similar and interesting game. This game is made by OneSoft Global PTE Studio. LTD has produced and developed. We have previously published many games from this Singaporean developer on Usroid. Some of these titles are games like Road Rampage or A 1942 Arcade Shooter. So if you are a fan of arcade games, especially games related to the world of Super Mario, do not miss the adventure game in the world of Bob. This well-made game is modeled on the nostalgic Super Mario World game and the creators have tried to make a decent copy! In this game, you are faced with the same features of the always mushroom-eating game. The same designs and the same style of gameplay are available this time in a slightly different game. The story of this game has even been copied from the game of Super Mario, and you in the role of the main character (Bob) have to go on an adventure to save the prince and overcome many challenges and obstacles. In Bob’s World – Super Adventure you travel to different places and follow the stages of the game in various places and seasons. Like the mushroom-eating game, you can destroy them by jumping or throwing fire and bombs at enemies.

In Bob’s World – Super Adventure, you can also earn points by hitting brick houses from the bottom, or get special items such as colored potions, and by collecting them, you can upgrade the main character of the game, such as Mario! This game has interesting and fun features. For example, the design of the steps is very well done. The gameplay is challenging and dynamic and the process of playing the game is fun. There is fascinating audible music in the game world of Bob. Also, graphic background designs with bright colors make this game a great option for children. Of course, due to the nostalgic and classic features, this game will be very attractive for adults as well. Even just like in Super Mario, who made long jumps at the end of each stage to earn more points and received the flag of that stage, this section has been rebuilt in Bob’s World – Super Adventure. Game controls are done by semi-transparent virtual buttons, which should be said that these designs are simple and very efficient. In this game you travel to different worlds. To go to the next world, you must have finished the previous world. During the game you can run, jump, shoot or even swim in the water! There are several items and special forces in this game that you can add to the charm of the game. Bob’s World – Super Adventure scored 4.2 out of 5.0 on Google Play and has been downloaded more than 5 million times so far. If you want to download this game, then do not procrastinate and get the full version of the game along with its modded version from Usroid right now. This game has been tested by us and can be run on even low-end devices without any problems. 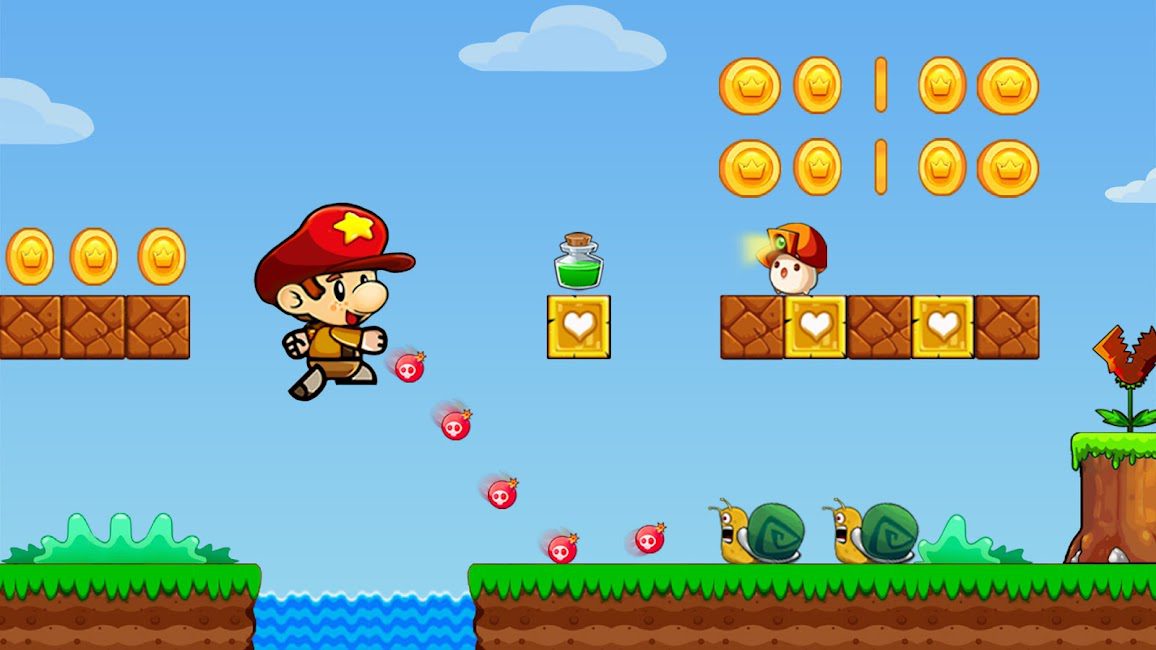 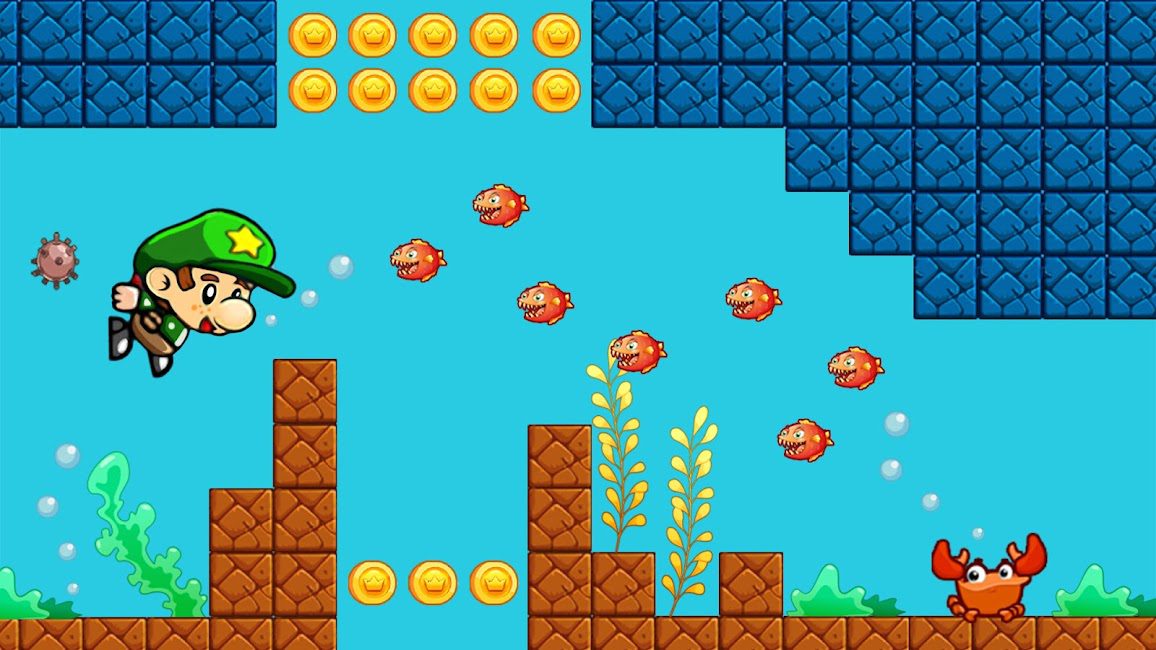 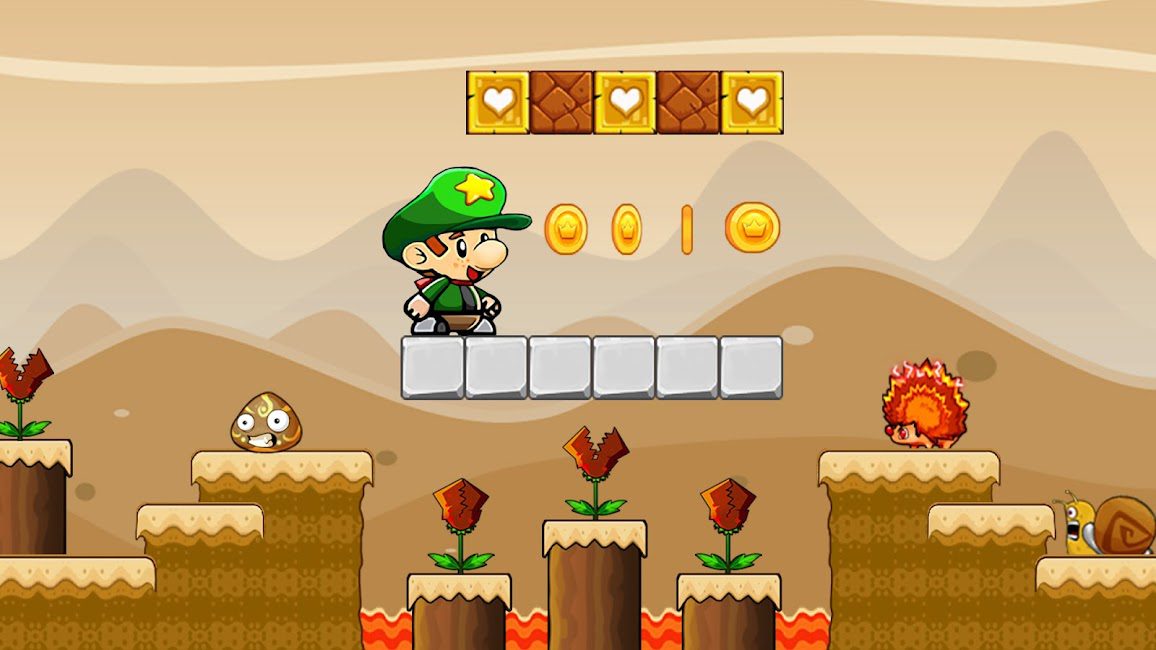 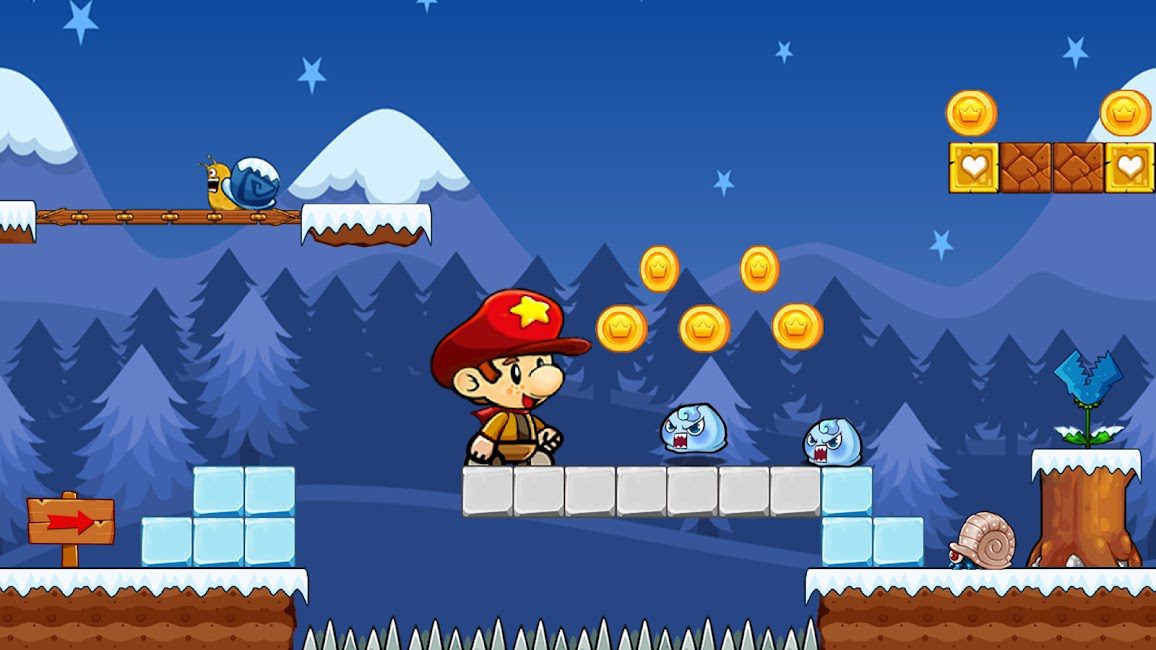 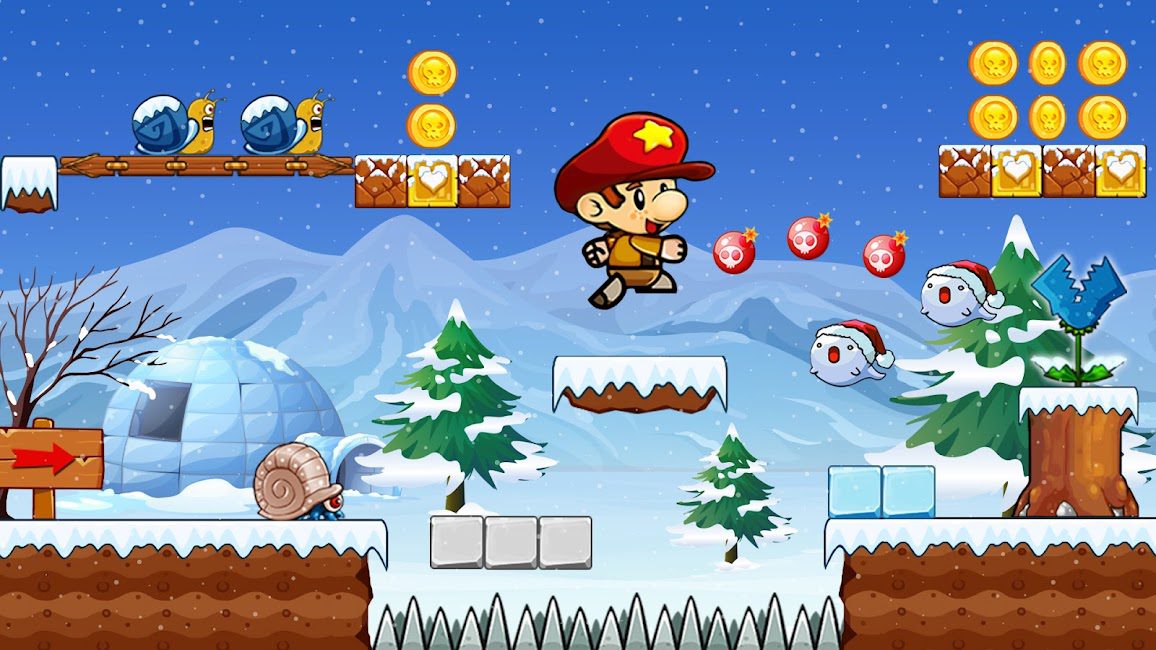 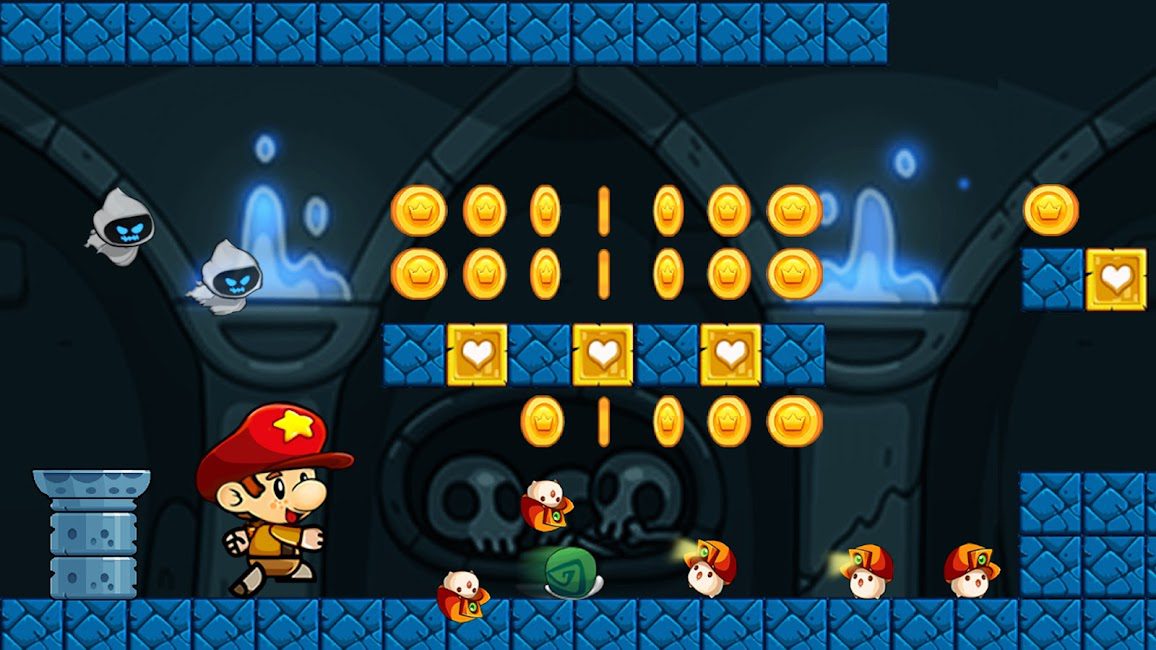 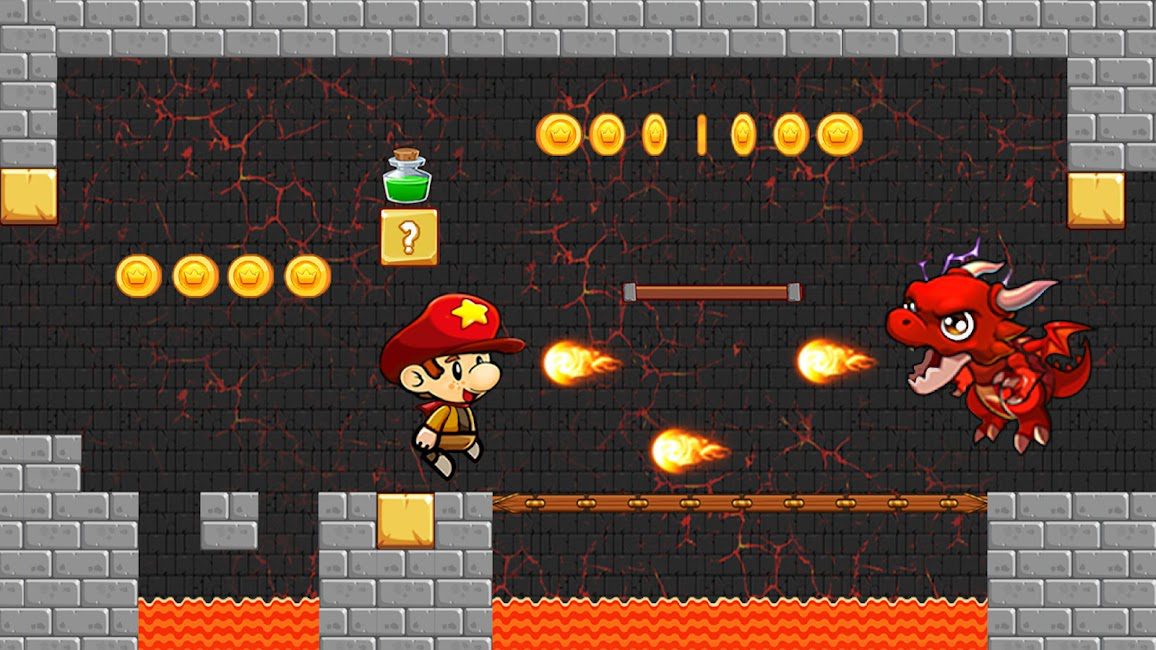 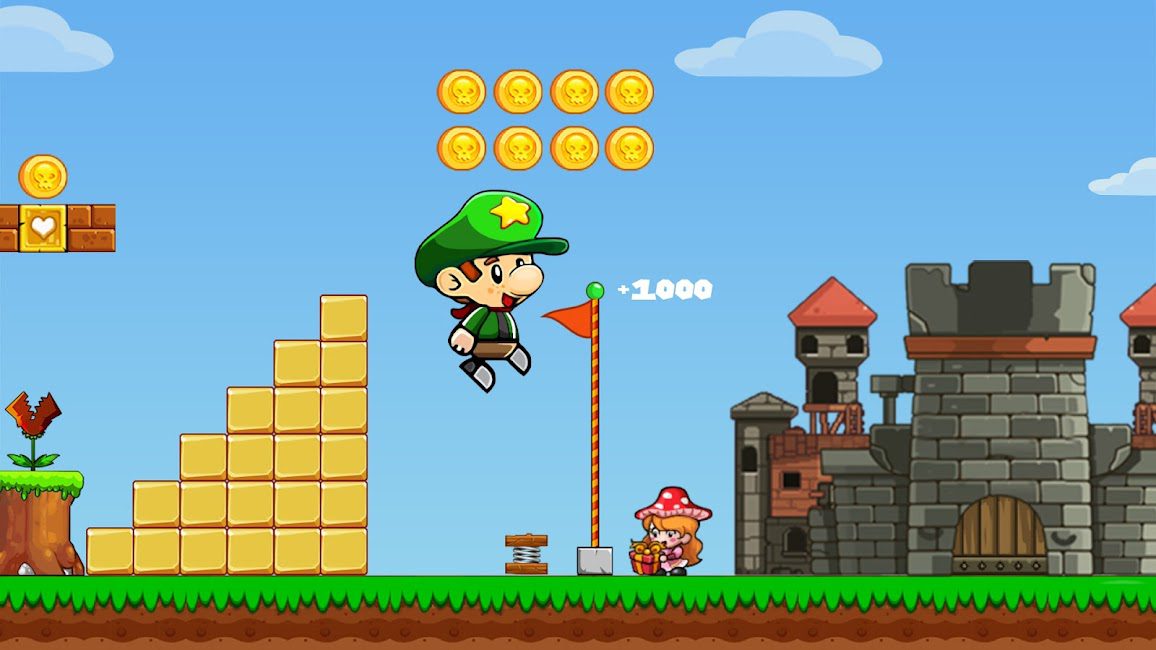