Dead by Daylight v5.4.0012 – A very exciting action game “Death before dawn” for Android with data + trailer
One of the most attractive mobile games with a super exciting style
tested with online
special offer

Dead by Daylight – Dead by Daylight (in Persian: Death Before Dawn) is the title of the most interesting, popular and well-made game in the style of Online Survival Horror, which was first introduced by the Canadian company Behaviour Interactive in 2016 for the PC platform ( Through the Steam storeIt was released a year later for eighth-generation consoles, the PS4 and Xbox One. The remastered version of the game was released in 2019 for portable gaming devices and mobile operating systems, and at the end of 2019, the final version of the game was finally released. Usroid publishes this game after many reviews and preparation of a healthy and final version for free and tested for you dear ones, so that you dear ones can receive it with ease and one of the most action and exciting games in history. Experience! When the game’s creator announced the release of the Android version of Dead by Daylight, millions of mobile players, including Iranian gamers, were waiting for the game to be released, making it one of the most controversial and anticipated games of recent years.Identity V ، Deadrite Hunt و HorrorfieldBecame. The mobile version of Dead by Daylight is produced and developed with the same features as the original version and with eye-catching graphics that can provide you with an indescribable experience. In Dead by Daylight, which is completely online, you participate in 5-person competitions. These 5 people include 4 teammates (Survivors group) and 1 person (killer or Killer). Before you start the game, you can decide for yourself whether to enter the game as a killer or to be one of the 4 survivors. You can also choose from a variety of characters in both groups before you start the game. Then you can enter the game and do your special mission.

Some features of Android Dead by Daylight:

Dead by DaylightUndoubtedly, it will be one of the most popular and unique mobile games you will experience. This game and its style and context are different from anything you have ever experienced. In Dead by Daylight, monsters and the negative role of the game are real and online players! This will significantly increase the appeal and excitement of the game. To succeed in the game of death before sunrise, especially if you are in the group of survivors, you must use special tactics. For example, instead of making noise and running around, you should move very slowly and calmly, and perform missions in the quietest possible way. Your voice is heard by the killers and your location is shown to them. So you shouldn’t let the high excitement of the game affect the process of the missions. On the other hand, by managing each prey, you have to find them one after the other and take them to the desired location. All in all, Dead by Daylight will be a very special and different title for you. The latest official update of this beautiful game has just been testedUsroid can be downloaded. Please pay attention to the following points before downloading this game.

بازی This game can only be installed on arm64-v8a devices with the minimum prerequisite for Android 7.0.
د Dead by Daylight game is completely online and there is no modded version for it. [Please this question automatically be removed.]
◄ The game has a data volume of nearly 2 GB for OBB, but data separately for Patch, where volume close to 1.1 GB, you must first run of the game download Be. This data is stored in the Android / data section.
◄ Fortunately, game servers (so far) are available for Iranian Internet. But it is also possible that these servers will be unavailable to Iranian IPs. In this case, change your IP before running.
AndTo run this game properly, you will need devices with high processing power. Otherwise the graphic drop, lag and other inconsistencies are not unexpected.
اولین In the first run of the game, you have to do the training section of both groups to enter the main section. At least 4 GB of free space is also required in the device’s internal memory.
◄ can play as a Guest account is done either through Facebook or Google account into the game to your profile information on your account’s storage. (This time in the first run and can do the settings.)
◄The game is set to Low graphics by default at 30 frames per second to run the gameplay in the smoothest possible mode. But if you have a powerful device, we recommend that after completing the tutorial, go to the game settings and Graphics section and set the Quality to High and the FPS option to 60 to increase the game’s graphics many times over.
◄ for violence, played Dead By Smitten only for adults above 17 years is recommended.

– Download the data file and decompress it. Copy the com.bhvr.deadbydaylight folder to the Android / obb path of the device’s internal memory. 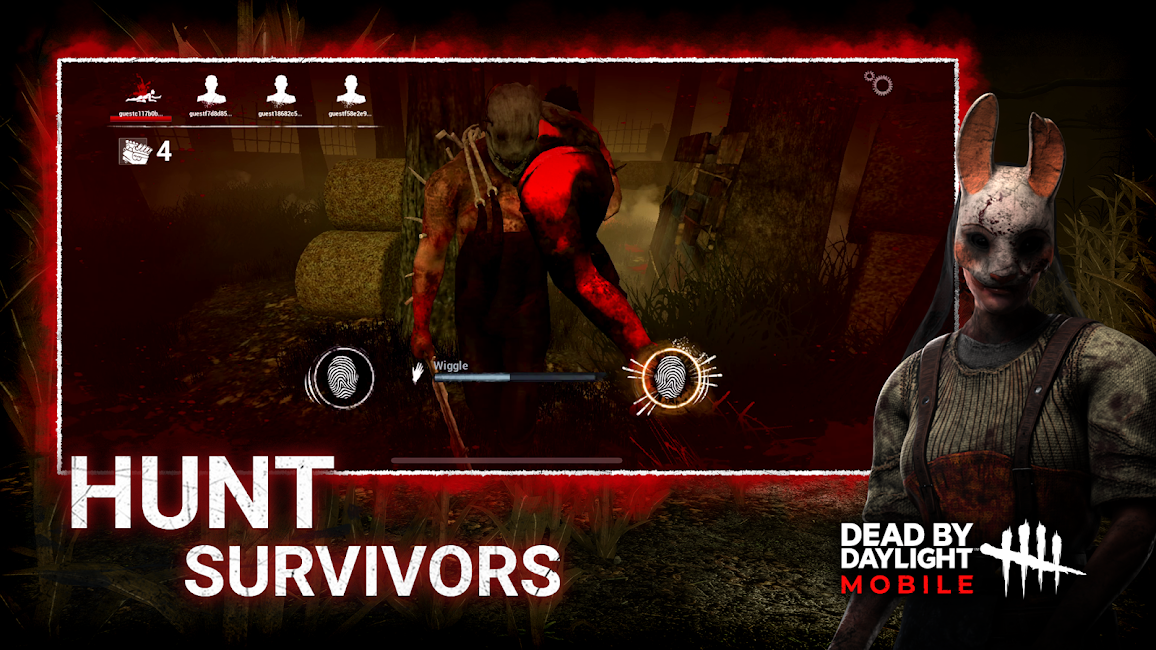 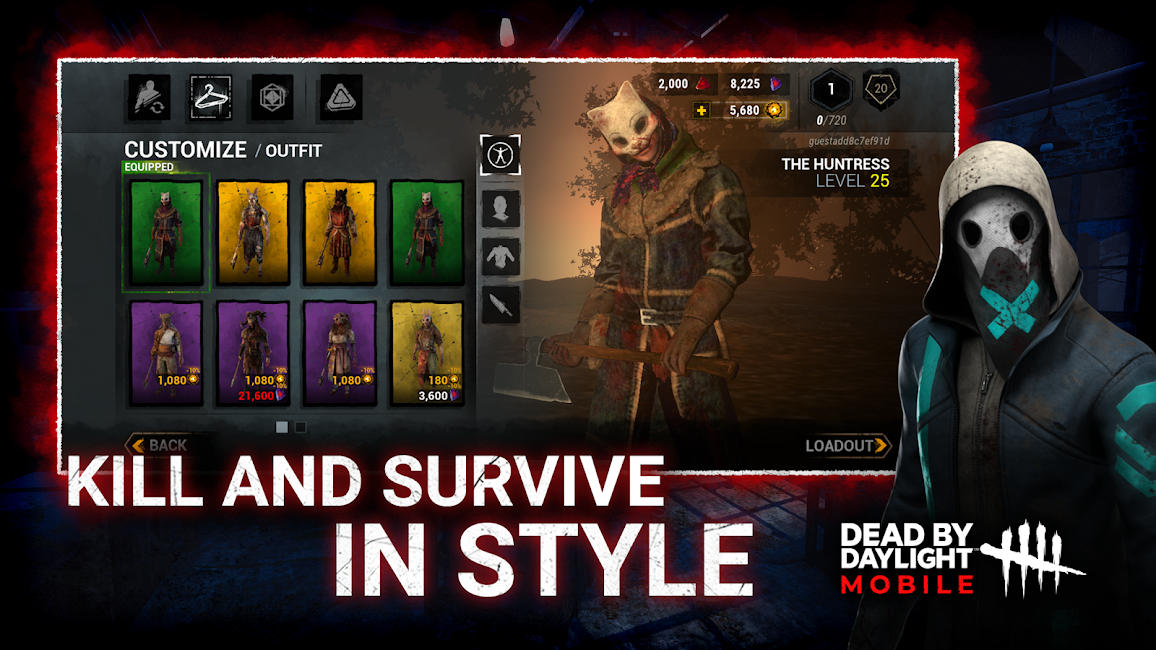