Little Big Snake – Snake CompetitionIt is an attractive and well-made game that has been created and developed with the idea of ​​an adaptation of the classic Snake game. The creator and publisher of this game is an American studio whose name is the same as the name of the game Little Big Snake. The game was first designed and developed as a web project, and many players soon became fans. After the game’s popularity increased, the game developer decided to offer a remastered version for today’s smartphones and tablets, including Android and iOS, so that players can enjoy the game with much less hassle. At the same time with the release of the latest complete and final version of this game for Android, we have prepared, reviewed it and provided it for download in a tested and free form. Apart from the original version of Google Play, Usroid has also released a separate modded version. The main approach of Little Big Snake is like many other modern and competitive online games that are designed and offered in the form of minimalist games. Some of the most popular of these games are titles such asHole.io , Agar.io , Crowd City , King of Crabs , Sausage Wars.io , Dinosaur Rampage and…, all of which we have previously published in other Usroid content.

Little Big SnakeWith its simple but attractive design, it is a competitive and very lovable game. As mentioned, this game is based on the classic Snake game title. That is, the style and context of the game and how it is done is designed almost like the famous Snake game. In this game, you will be in a competition field along with dozens of other opponents. This field of competition is very large and there are special items in different parts of it. At the start of the game, all opponents are almost the same in terms of power, size and features, and as soon as they move, they begin to evolve. In Little Big Snake, your main task is to get bigger and stronger! To do this, you have to wander around and devour insects, scoring items and leftovers from competitors to get bigger and add better features. The main and competitive part of the game is that the more and faster you collect (swallow) the items in the game, the stronger and more dangerous you become. In this case, you will be able to swallow competitors who are smaller and weaker than you, and in the same way, remove them from the game and earn a lot of points. Your ultimate goal in the game should be to earn the most points possible. So get ready for a fun but challenging hobby! Do not forget that stronger rivals are your biggest threat in the game. Dealing with them is tantamount to destroying your snake. So do not go to them until you are strong enough or even bigger than them. Little Big Snake also has a global leaderboard to compete for better rankings, which you can also participate in.Download Usroid .

Note: In the mod version, the VIP sections are open, there are no ads and the rebirth takes place. 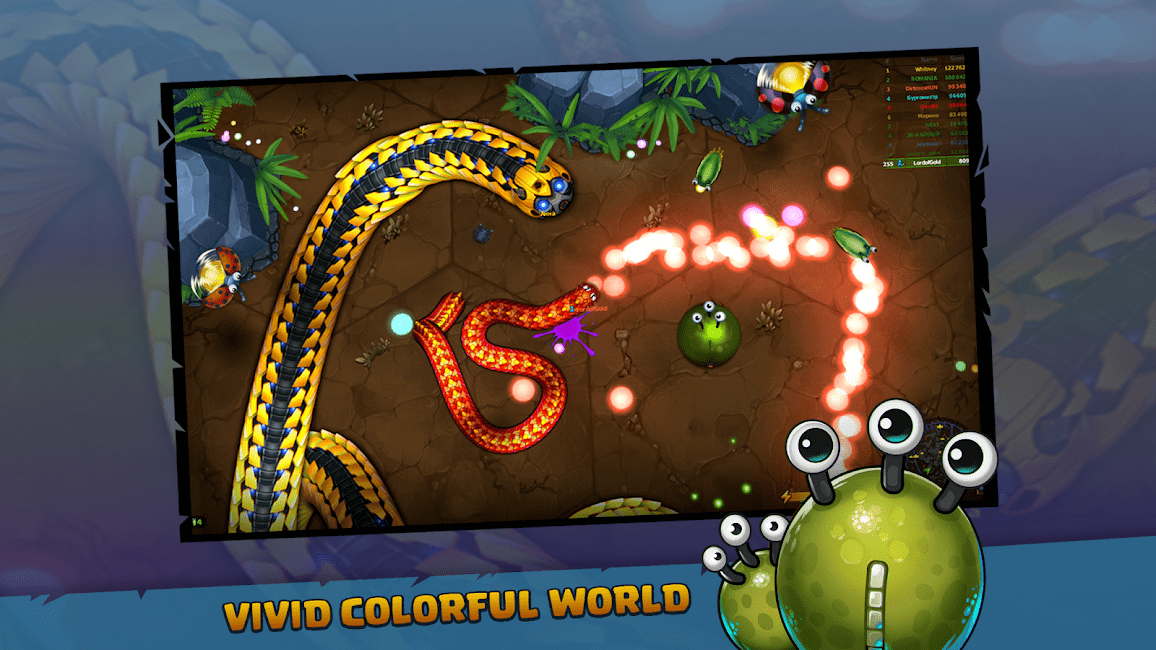 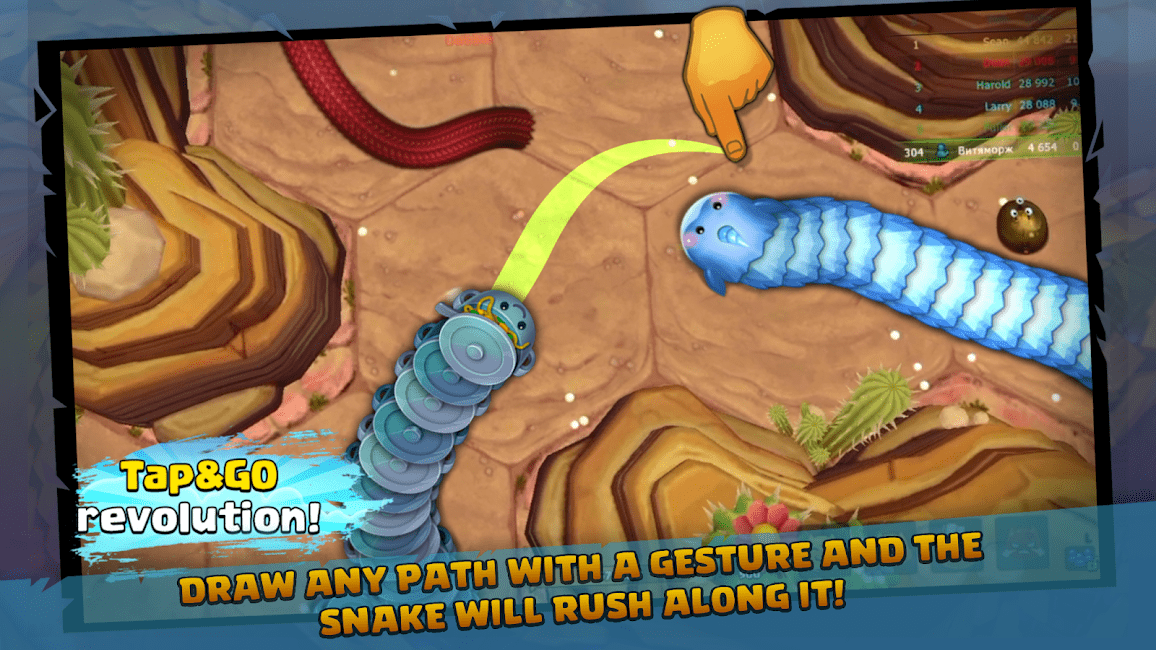 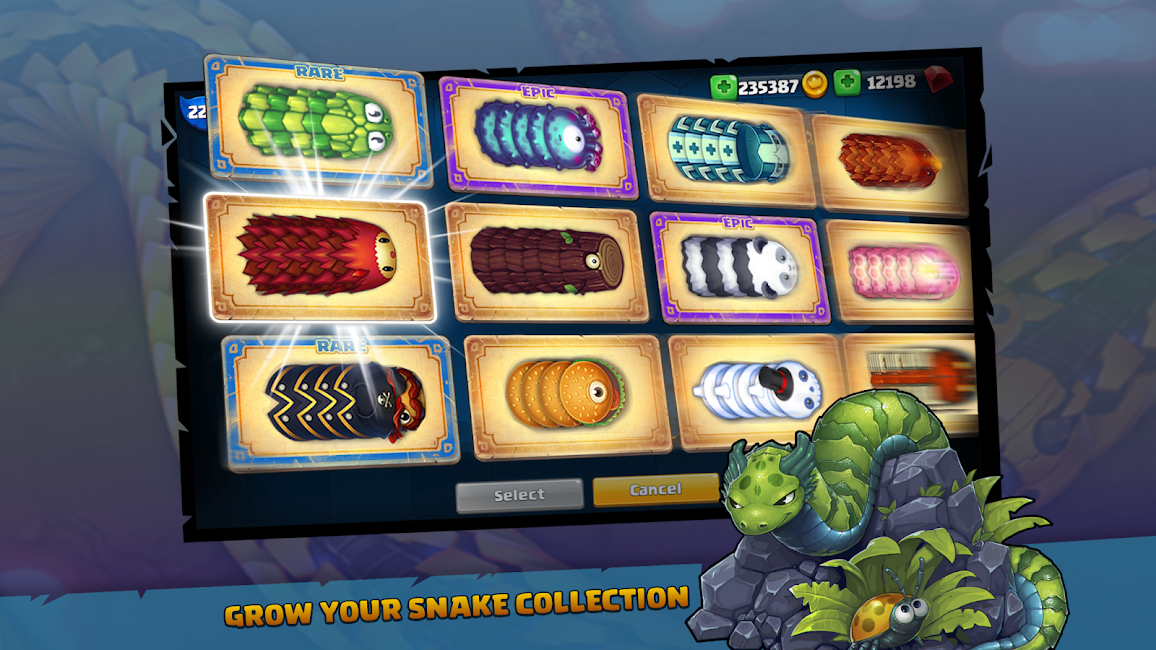 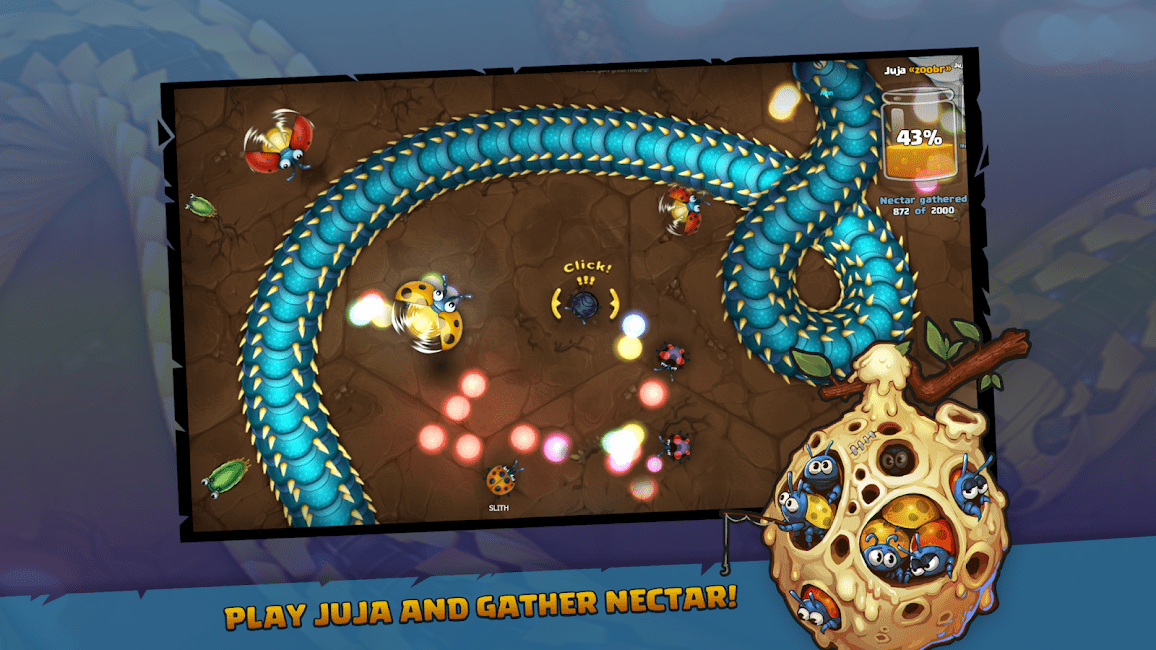 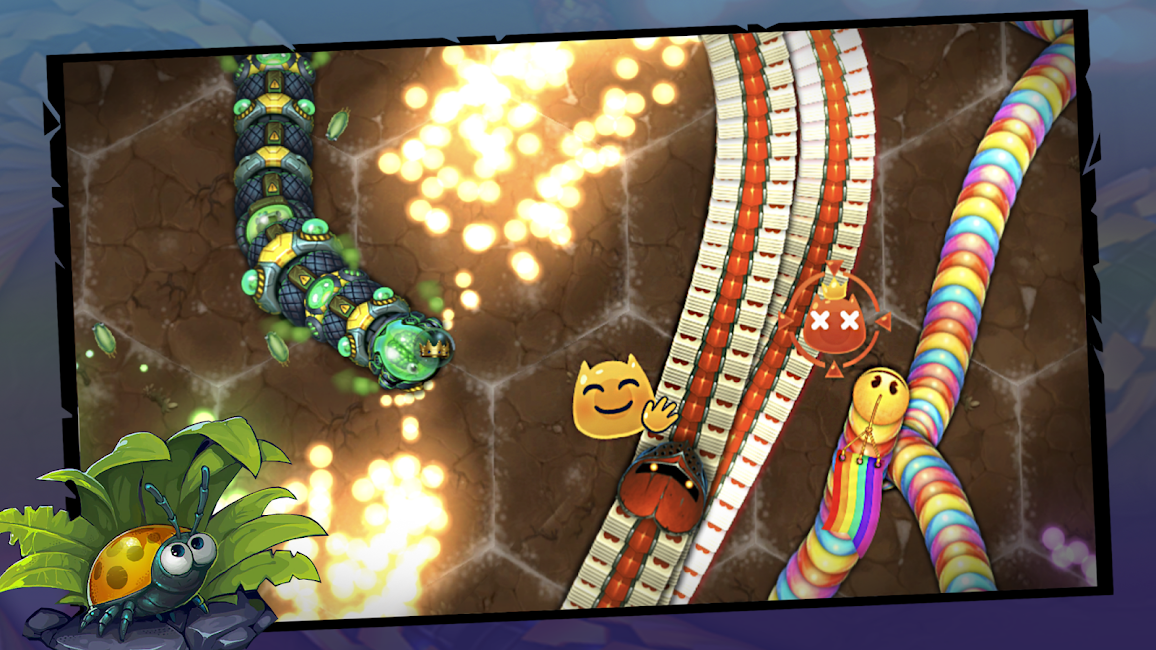 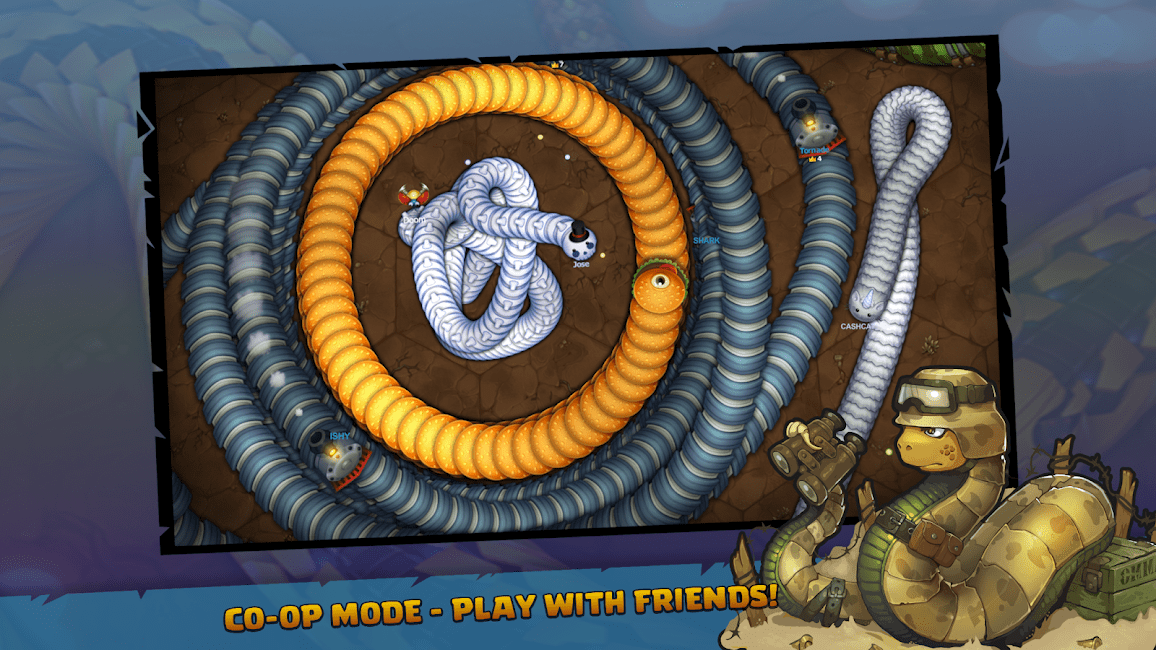