Spanish is one of the largest languages ​​in the world, and speakers can be found in most Central and South American countries. A significant percentage of Americans also speak this language. This language is widely used in Spain and surrounding countries. Spanish is not very popular in Iran and only those who are supposed to live or study in Spanish countries will learn it. For this reason, there are no extensive resources for learning this language in Iran. Like all other languages, learning a complete, reliable, and comprehensive dictionary is one of the most important needs of a learner. Such dictionaries are available on paper and in print, but are usually relatively expensive and not easy to carry due to their large size.  SpanishDict Translator is a comprehensive Spanish dictionary with full coverage of the words of this language, for the Android operating system, developed by Curiosity Media and published for free on Google Play. This dictionary is one of the best Spanish dictionaries on Android that hundreds of thousands of people use to learn this language and are completely satisfied with the performance of the program. This dictionary is made for English speakers and translates into English, but the English used in the translations is easy and fluent and not difficult to understand at all. In this program, the meanings of words are not expressed in a single word. With a variety of examples from different texts and various applications, the meaning of the word is taught to the user. In addition, for all the verbs, different times have been spent so that the program can be used as a complete reference for learning Spanish.

Some features and capabilities of SpanishDict Translator Android application :

SpanishDict Translator application with more than 1,000,000 downloads from Google Play and with the satisfaction of Android users has been able to receive an excellent score of 4.8 out of 5.0 from Google Play users. Now you can download the ad-free version of this program with all the features and capabilities from Usroid for free. 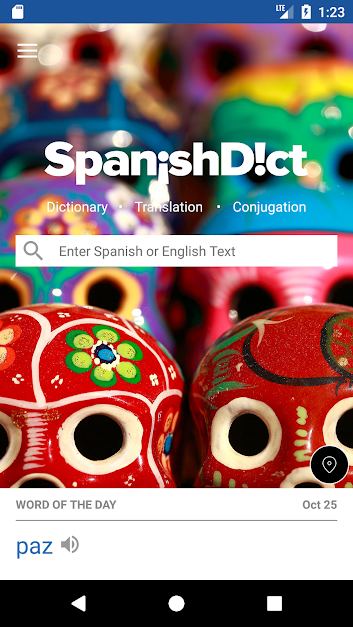 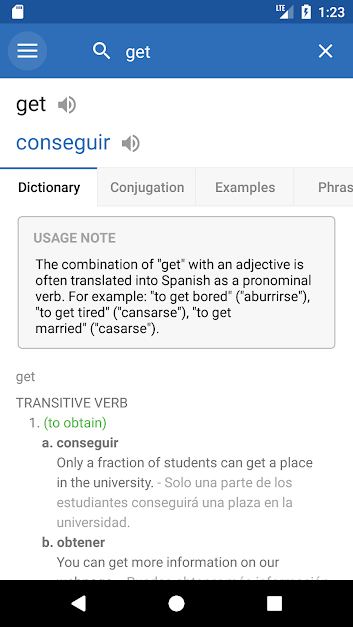 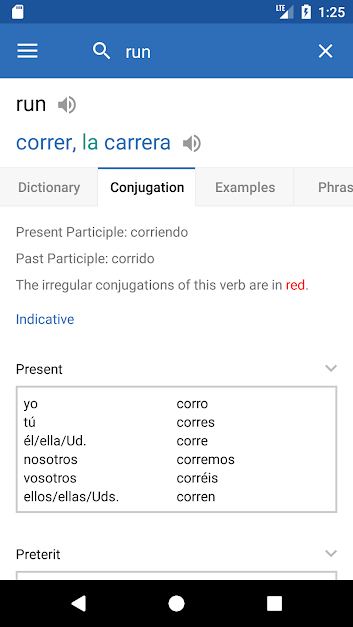 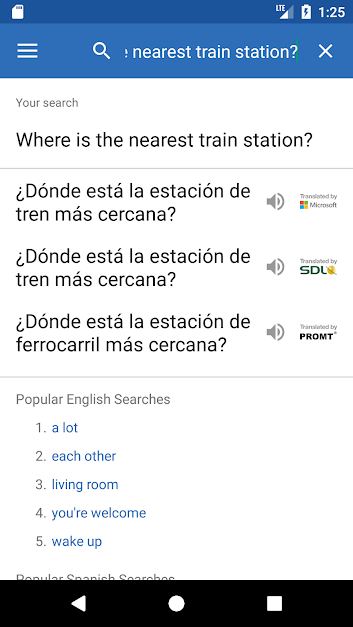 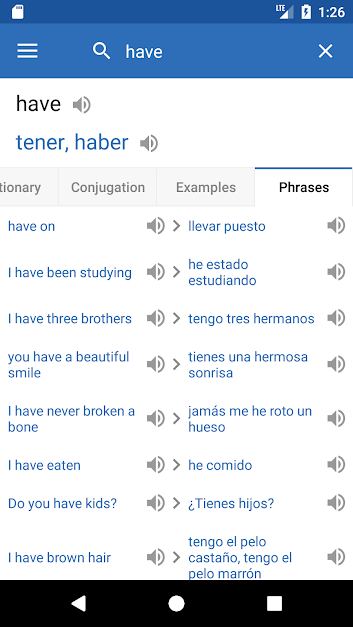 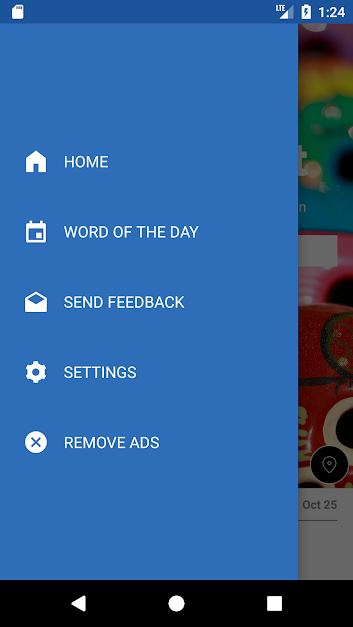 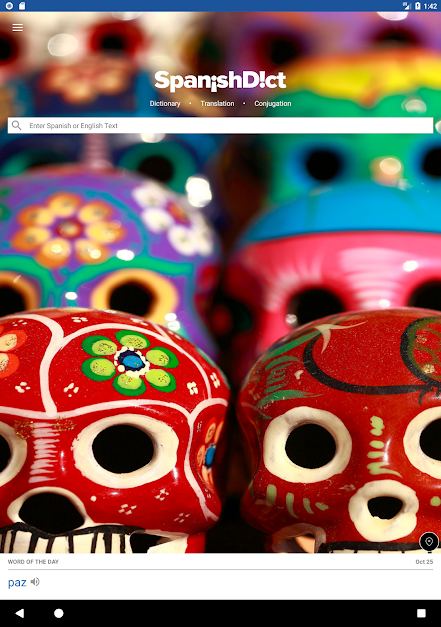 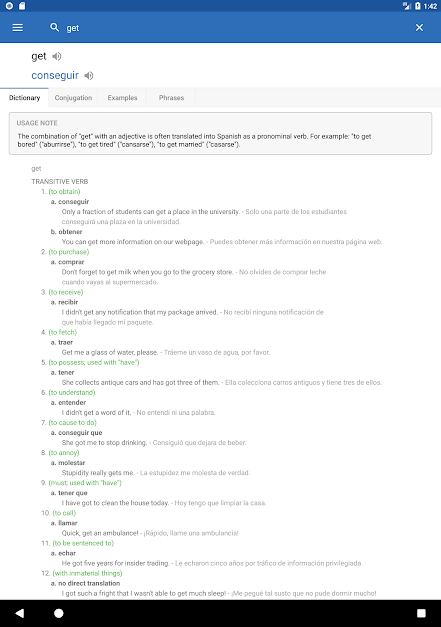 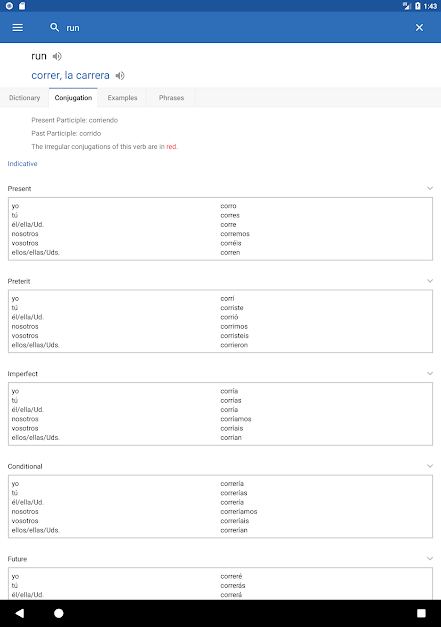 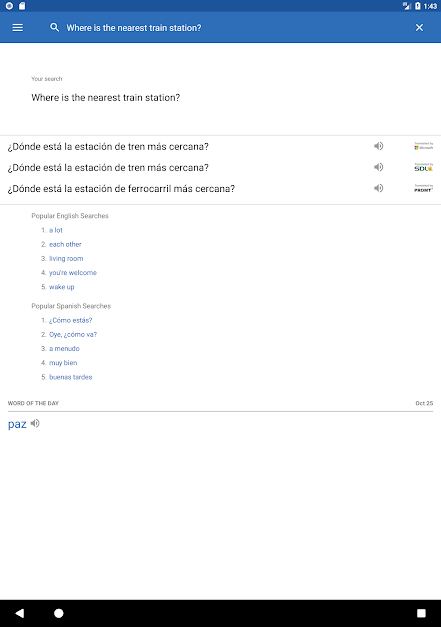 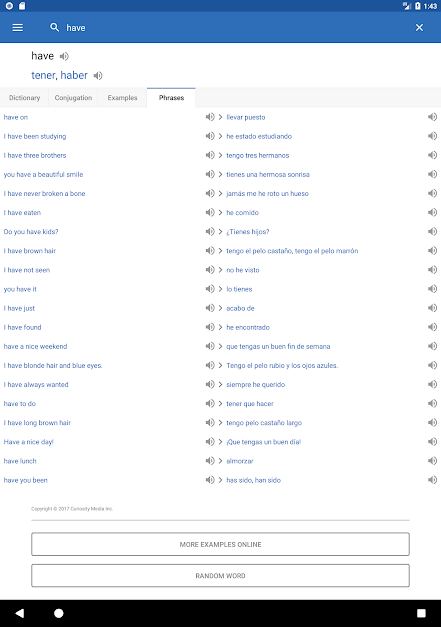 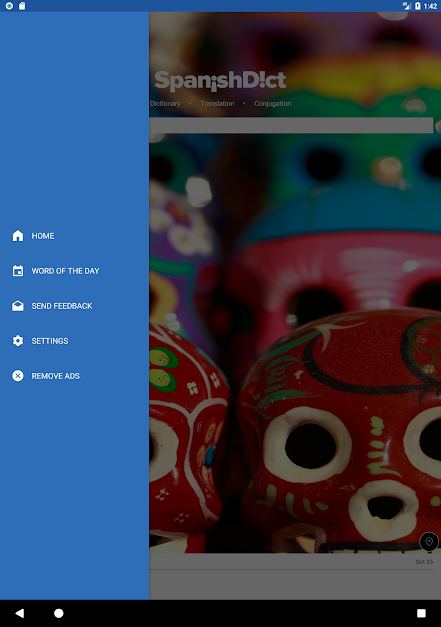