Real Driving 2: Ultimate Car Simulator is the name of the second game in the Real Driving game series from the Hong Kong studio Yunbu Racing in the style of racing games, which has been released for free on Google Play. Available to Android players around the world. Usroid, as always, this time for the first time among Iranian sites has introduced and published another game, and at the same time as publishing it on Google Play, has prepared it and provided it with an exclusive version for you dear ones to download. Is. So if you are a fan of car simulation and racing style games, do not miss this game. Although many games have been made and released in the style of driving simulation and car racing, and we have also introduced the best of them in Usroid, but players are always thirsty for new and better games, and in this regard, we can to some extent Acceptable count on Yunbu Racing studio. Real Driving 2: Ultimate Car Simulator is actually the third official game from this studio and the second game in the Real Driving series, which has been accompanied by significant improvements over the previous part in many parts, and a new generation of Simulation games are provided. Although this game can not be considered the best game in this field, but the many constructive efforts should not be ignored.

Real Driving 2: Ultimate Car Simulator, unlike most similar games made with the Unity Engine game engine, was designed by the professional game engine Unreal Engine 4, and this is the first difference between this game and other games. Building and developing games with Unreal Engine 4 is more difficult and complex at the level of mobile games, but the end result can be much better and more professional. Real Driving 2: Ultimate Car Simulator, although not a bulky game, has a very high level of graphics and much more graphical detail than many similar games. Paying attention to details and graphic renderings in this game engine has made you face a very interesting game in terms of graphic design. Real Driving 2: Ultimate Car Simulator is a city driving simulator in which you can ride super sports and luxury cars from world famous brands such as Benz, Porsche, Lamborghini, Pagani, Bugatti and… on different streets. Ride the car and have fun. The part of buying, upgrading and personalizing cars is very pleasant and excellent, and it is the most graphic part of the game, in which you can examine the cars 360 degrees in great detail and color them, and from the high details of the graphics, arithmetic enjoy. The game has a Career section with dozens of challenging stages, all of which are in the style of traffic competitions. You have the ability to adjust the camera view in three different modes, and also increase or decrease the game’s graphics settings. Real Driving 2: Ultimate Car Simulator is a professional and admirable title that, although it has a lot of room for improvement, but due to its many charms and features, it can still entertain fans of car games and driving simulators. To download the latest version of this game, go to the Usroid box download section right now and download this game in two versions, normal and mod, through direct links. 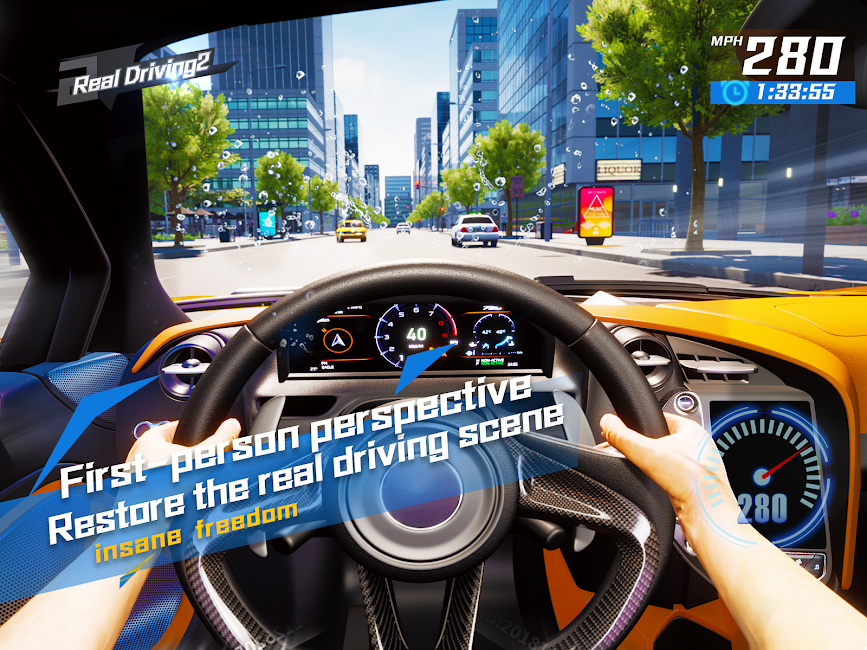 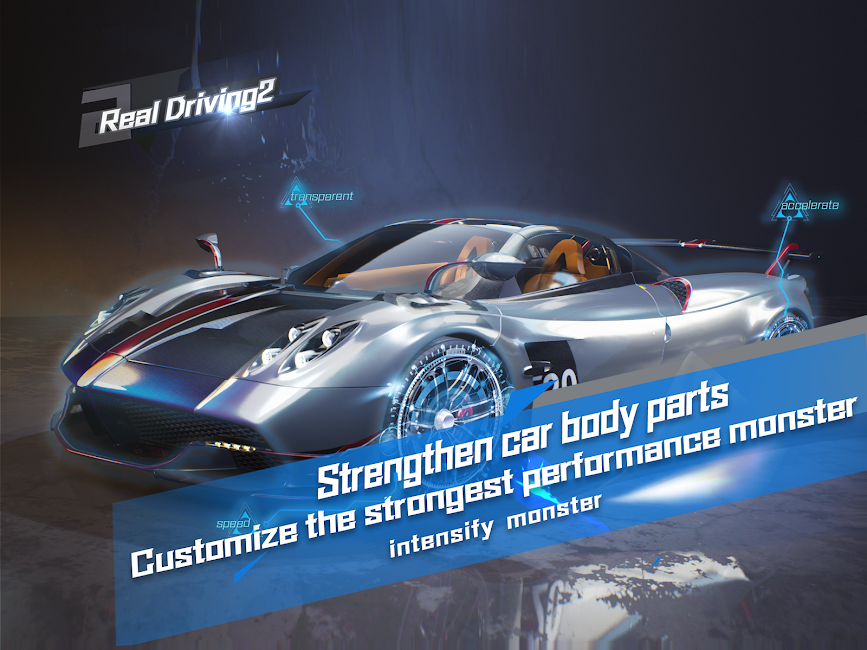 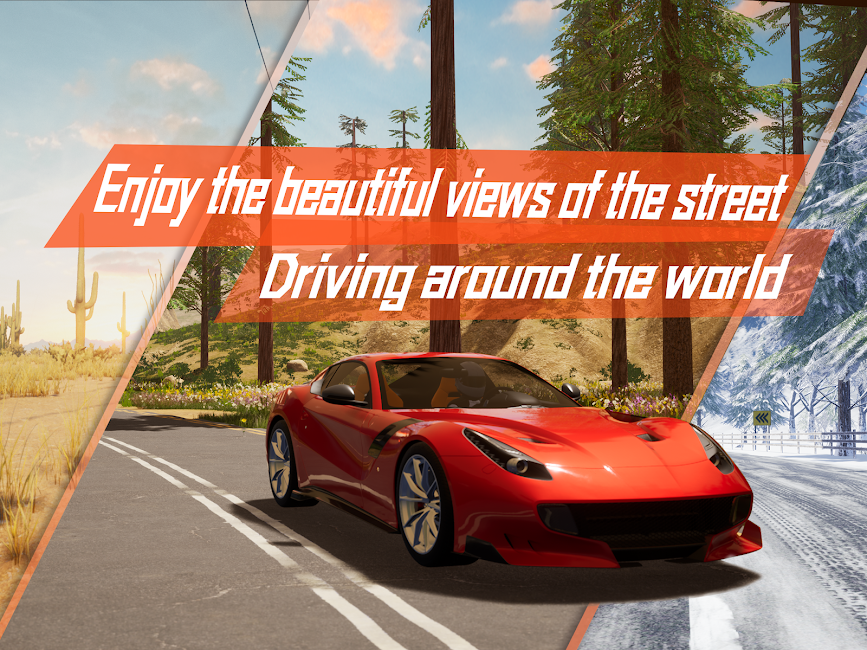 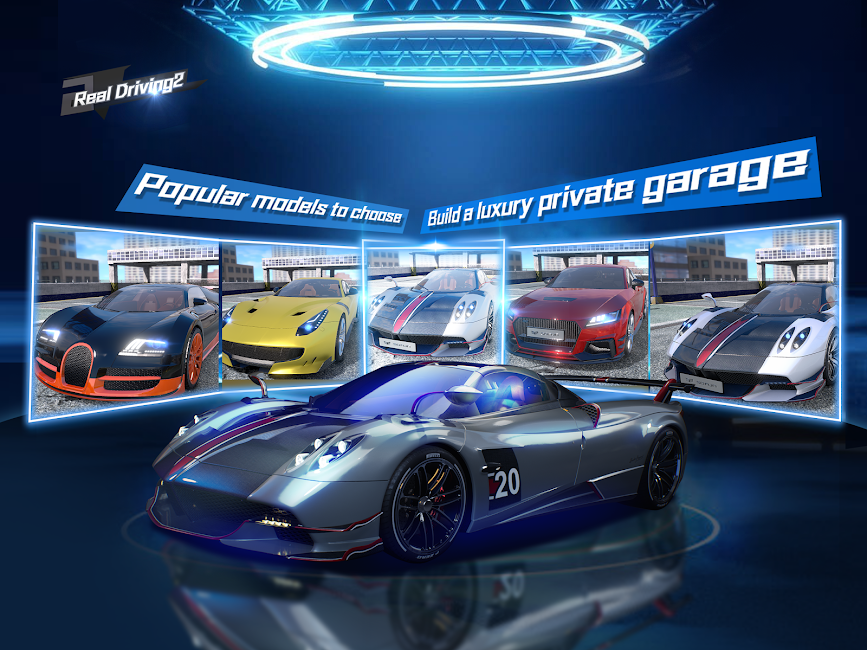 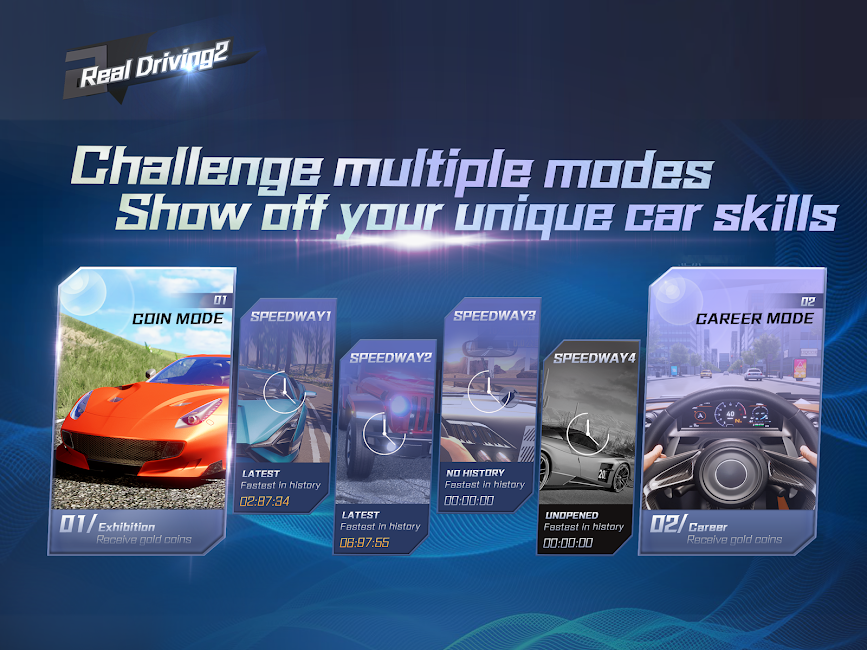 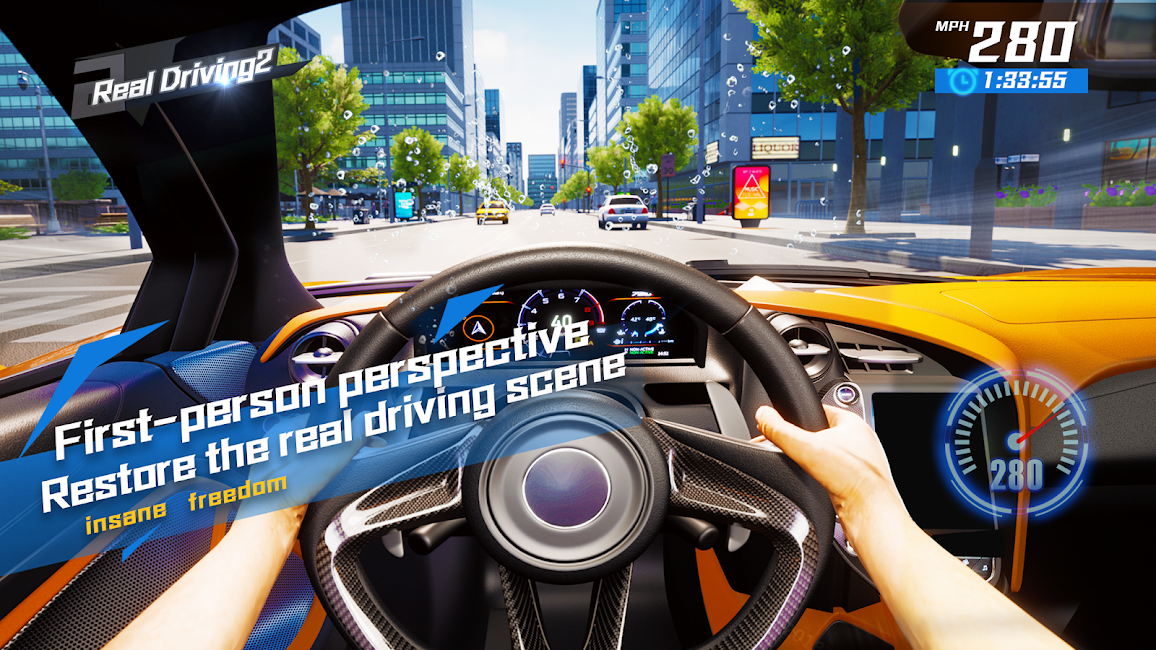 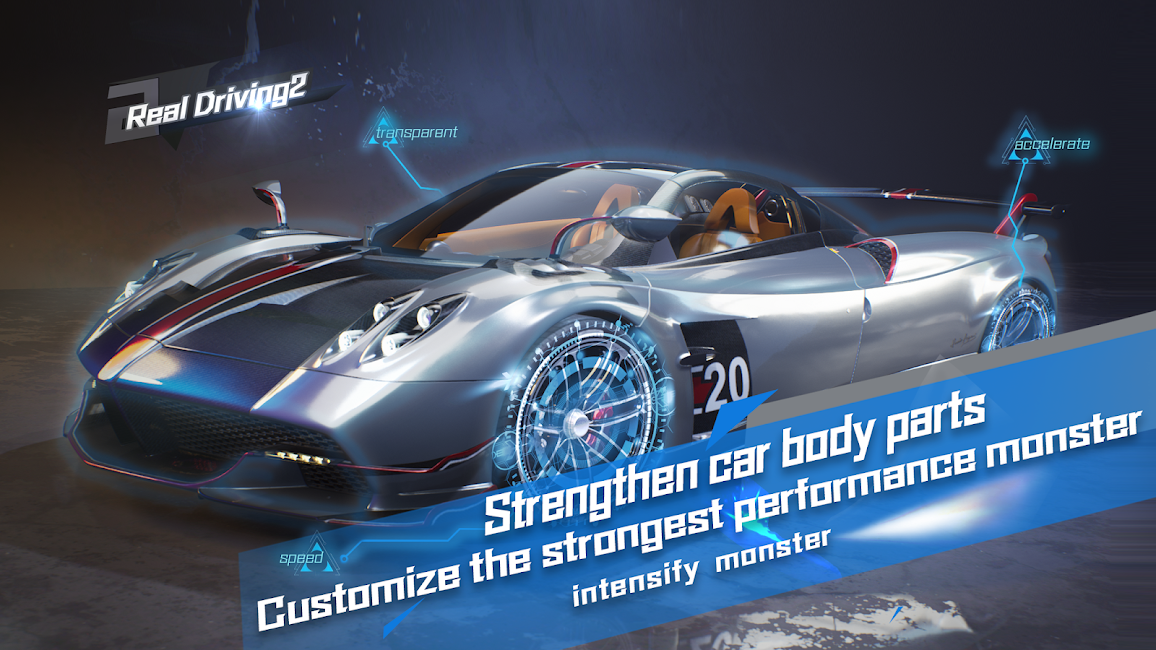 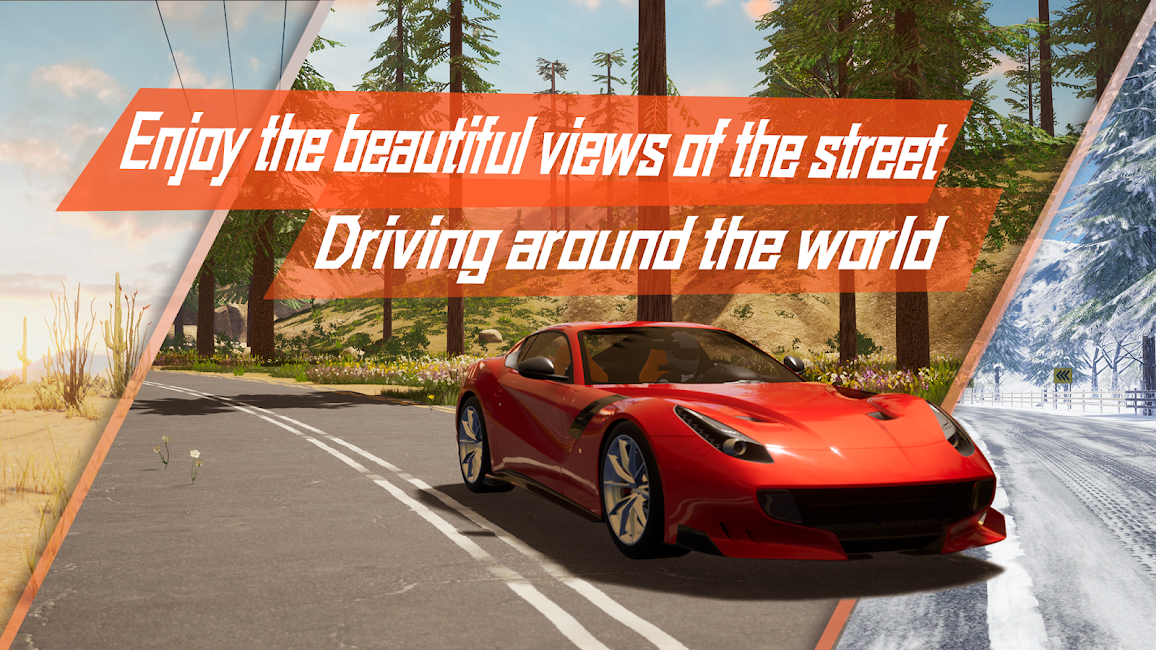 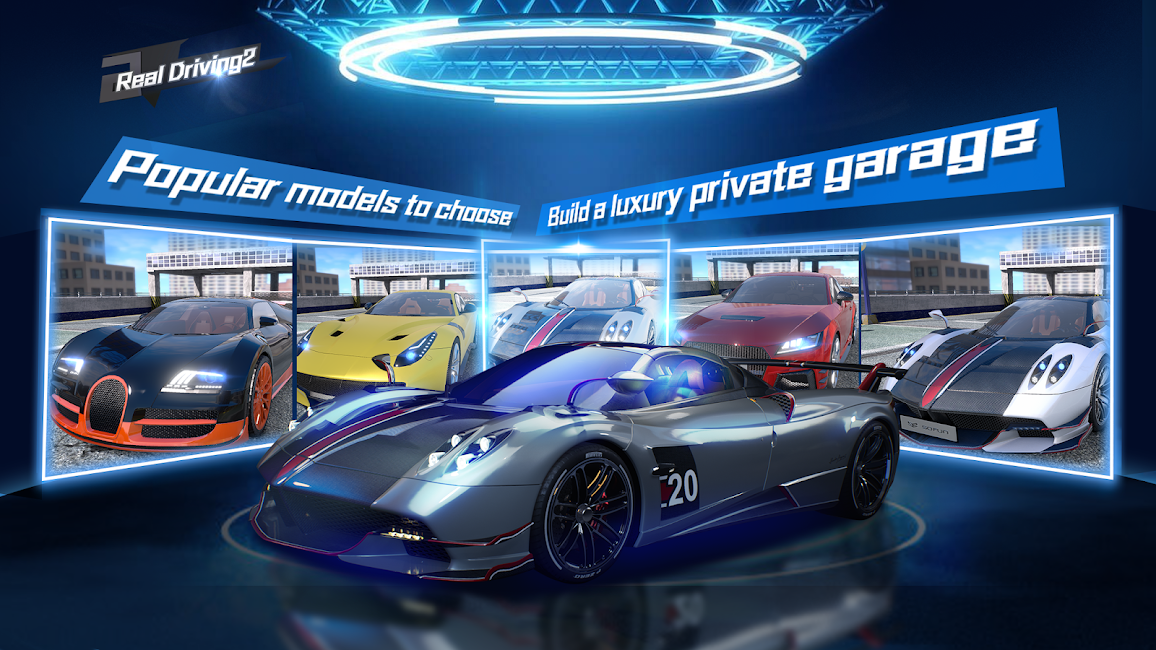 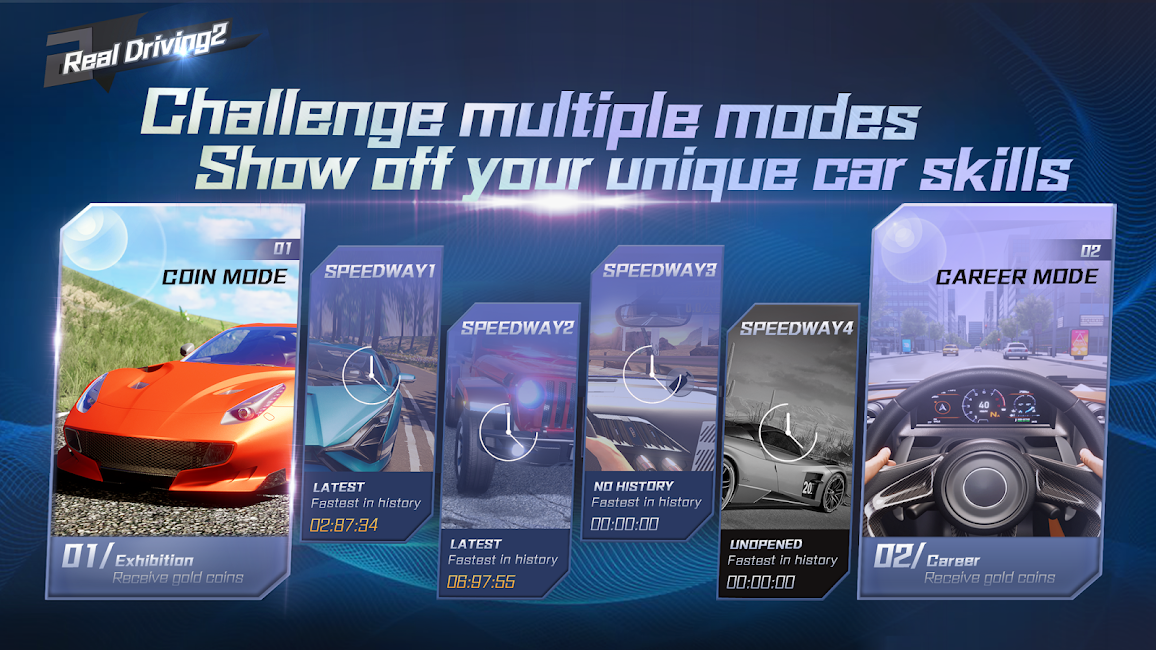